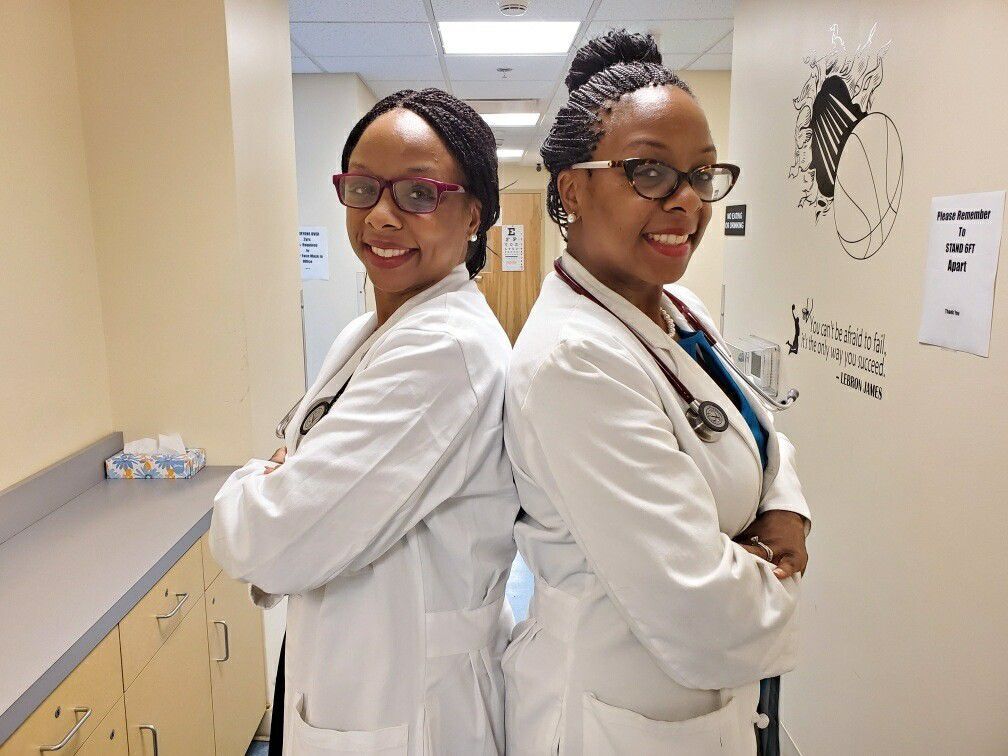 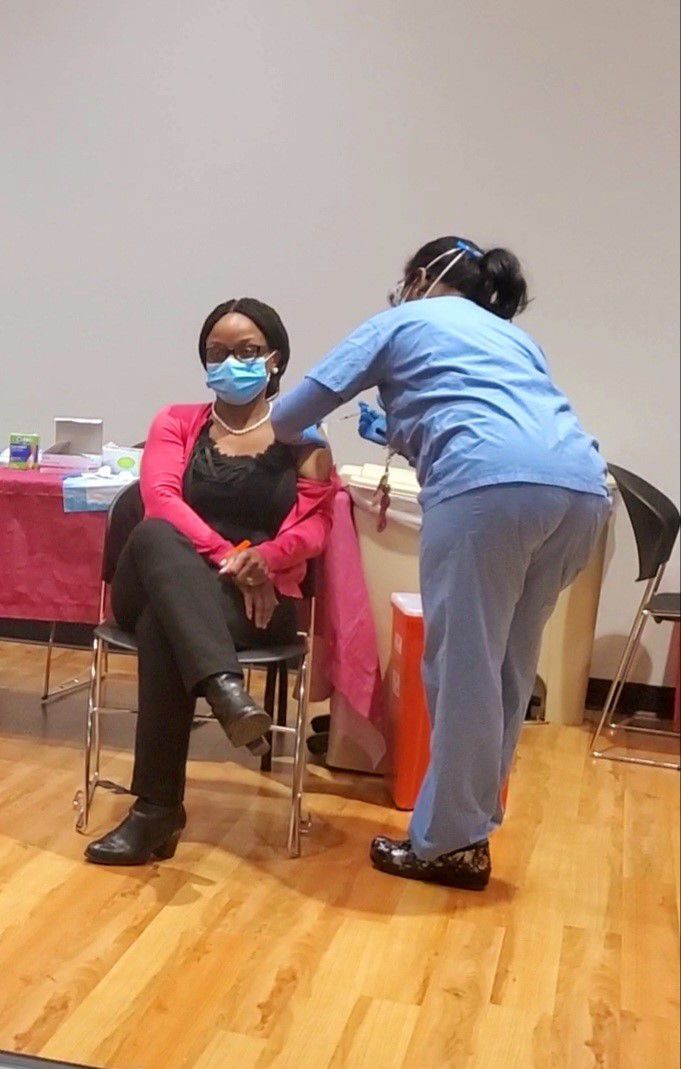 Dr. Elana McDonald said her decision to get Moderna’s coronavirus vaccine was a “no-brainer” after clinical data showed that it was safe and effective.

The board certified pediatrician received her first dose of the vaccine at St. Christopher’s Hospital for Children on Wednesday. McDonald said she didn’t experience any allergic reactions or side effects other than a mild soreness in her upper arm where she was injected.

“We do know that with the vaccine – as with any vaccine – there is always the possibility of some side effects but what we have to look at is are the side effects just as bad as having the disease itself and the answer is no,” she said.

“So that’s really how I made my decision.”

McDonald and her identical twin sister, Dr. Delana Wardlaw are recommending that African Americans consider becoming vaccinated. This week they joined scores of the city’s healthcare workers in receiving their first doses of the vaccine.

They are known as the “Twin Sister Docs” who use their platform as medical professionals to educate community members about health issues and address health disparities.

The Philadelphia-based physicians acknowledge that some African Americans are wary of getting the vaccine because they are concerned about the accelerated time frame in which the vaccines were developed or don’t trust the medical establishment.

Some of the distrust stems from the 1932-1972 Tuskegee syphilis experiment by the U.S. government, where hundreds of Black men that took part in the study were denied care and treatment for the disease long after a cure became available.

“My message as an African American physician is we know the history and we know there are some issues currently that allow us to have a mistrust of the medical system at times,” Wardlaw said.

“However, what I would really like to communicate is that we don’t want that mistrust to allow us to become statistics, when we have a preventable measure in place that will decrease our likelihood of dying from coronavirus.”

Her message comes as a survey from Pew Research Center indicates that African Americans are the least likely to get vaccinated than other racial and ethnic groups.

The board certified family medicine physician said she trusts the science behind the vaccines. When she received the Pfizer vaccine at Temple University Hospital on Tuesday, she only experienced mild soreness at the injection site.

Wardlaw is aware that some African Americans have expressed concern about being used as guinea pigs. With that in mind, she wants community members to know that African American organizations, physicians, scientists and medical schools are actively involved in monitoring how the vaccines were developed and being rolled out to communities equitably.

Wardlaw said that while the time frame for developing the vaccines were shortened, the protocols for safety and efficacy have not been abandoned. She noted that the technology that the vaccine works through called messenger RNA (mRNA) is not new.

And McDonald suggests that people receive advice about the vaccines from their physicians.

“Talk to people who understand the clinical trials, that understand the data and that you actually trust and with that information, will help you come to a decision that is right for your family, yourself and your community,” said McDonald, who owns three pediatric practices in the city.

Vaccines are being administered in three phases in Philadelphia. The city is focusing on vaccinating front-line workers in hospitals and nursing homes during Phase 1.

In Phase 2, the city will prioritize moderate-risk essential workers and people at high risk of death from the disease, like those with chronic health conditions. The general public is expected to receive the vaccine in Phase 3 of the city’s plan.

The focus on vaccines come as African Americans are getting sick and dying from COVID-19 at a disproportionate rate.

“We need to be able to change the narrative,” McDonald said. “We need to get on the other side of this pandemic. The vaccine is the next best thing in order for us to stop this pandemic because coronavirus has shown us how deadly it is and continues to be.”