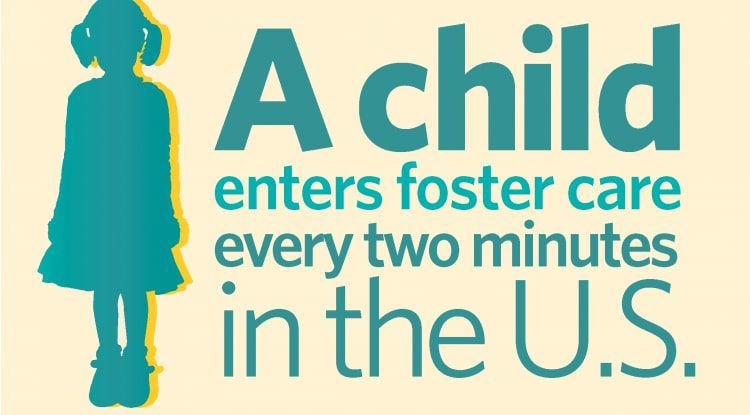 In the U.S., a child enters foster care every two minutes in the U.S.— submitted photo. 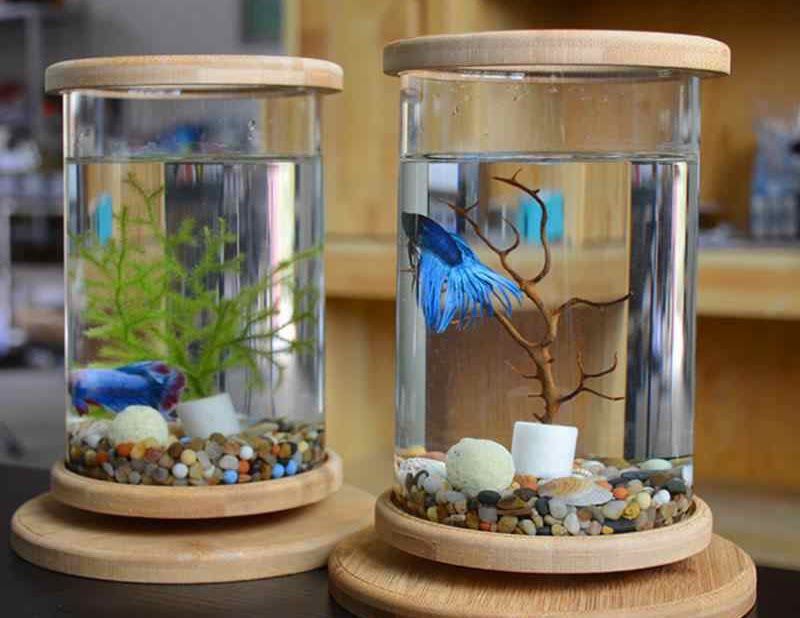 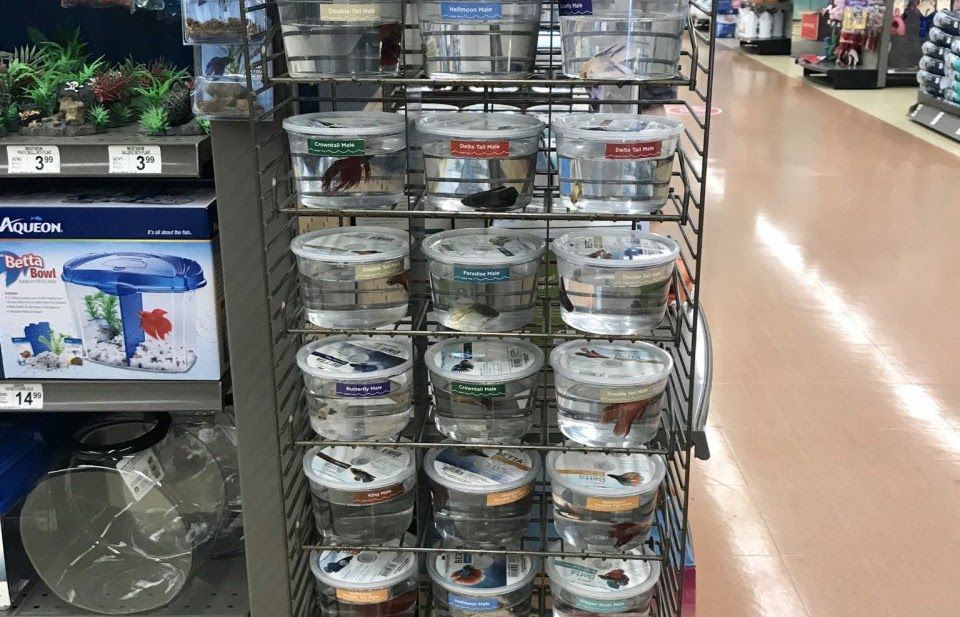 Fish tanks at a pet store.

From 25% to as high as 40% of former foster children report to having been abused or neglected in care.

In the U.S., a child enters foster care every two minutes in the U.S.— submitted photo.

Fish tanks at a pet store.

From 25% to as high as 40% of former foster children report to having been abused or neglected in care.

The high school students in the journalism class at George Washington Carver High School of Engineering and Science will be sharing the stories they wrote for their school’s newspaper The Carver Times.

These articles are the students views on various issues that are going on in the world and the city of Philadelphia.

The struggles of the foster system

It was determined that there are 443,000 children in foster care at any given moment in the United States. From 25% to as high as 40% of former foster children report to having been abused or neglected in care. Former foster child, Kyle French gives us insight on what the foster system was like for him.

He states, “I was 11 when me and my brothers were removed from our home. I was an older brother of two at the time, which made me behave even more carefully than I would have if I was alone. I knew I could protect myself but I couldn’t always protect my younger brothers. So I would do more than I had to. I would wash dishes, sweep, and mop without having to be asked.

“I remember the only time we ever got separated. There was a girl that lived in the house, she was my age, [and] she tried to come on to me, but I really wasn’t interested. I spent all my time focused on trying to get into another home with my siblings. The girl told the foster parents I tried to touch her private areas and her father punched me and abused me for days and they didn’t feed me for 3 days. I was in that house for another 24 days before my foster agent came for another visit and removed me. She was supposed to come once a week.”

Statistics of behavioral issues among foster children. Out of the 674,000 children that were determined to be victims of maltreatment, 74.9% of victims were neglected, 18.3% were physically abused and 8.6% were sexually abused. The number of children in foster care increased by 2.3% in 2018, and has risen every year since 2012.

Between 2015 and 2016, there was approximately a 7% increase in fatalities tied to child maltreatment, according to the U.S. Department of Health & Human Service. There was an estimate of 1,750 maltreatment deaths in 2016, which reflects the highest number recorded in a single year since the report began in 1992.

The report also outlines the types of maltreatment faced by victims, with almost three-fourths (74.8%) of victims facing neglect, and around 12% of victims facing neglect AND other forms of maltreatment. Children in foster care around the United States are abused physically, mentally, and emotionally without anyone to comfort them. In result, they often turn to the usage of drugs or they, unfortunately, commit suicide.

Lets return to Kyle’s situation. Lets fast forward to 30 years later, Kyle is 15 years clean from a drug addiction and fighting to continue on. All of the things that he experienced both in and out of the foster system actually led him to a drug addiction. Kyle’s youngest sibling and his only sister, Shantel French, is a foster parent. Shantel is one of the few foster parents that actually wants what’s best for the child. She receives children with all types of psychological challenges, most are a result of abuse.

These parents don’t even realize how bad they’re messing these children up. It’s the parent’s job to look out for the child, so when they fail or make the wrong decision as a parent ... Who’s looking out for the child then?

The five gallon or less crisis

The betta fish (in the picture) is dying rapidly. First time pet owners are largely responsible for the betta death toll, usually, due to misinformation. Using small tanks is controversial when people own betta fish. Specifically, nano tanks which can range from 1 to 10 gallons are considered too small for these fish.

To your right, you’ll find a picture of two tanks. These are examples of one gallon tanks; they are flashy but are a toxic environment for fish. These days, these fish are valued more as decoration then as pets, An article in the National Geographic states: “...They will not be healthy or happy living in so-called ‘self-contained ecosystems,’ confined in a vase with nothing but a plant on top to feed them — their natural diet is insects and larva, not roots. Bettas need filtration, warm water, enrichment-like plants and caves to explore, and regular feeding and tank cleaning.” (Kristin Hugo, 2018) The picture doesn’t even have a filtration system; they’re placed in a kitchen to make the room look nice. It’s abuse.

An employee at an exotic pet shop spoke highly of his job, and all the tanks were kept in pristine condition. This shows me that not all aquatic pet shops are bad. For the most part, shops like Petco and Pet Smart always take good care of their animals. Or, possibly, it the location of the store could make the care of fish worse. In poorer, sketchier places, fish may not be as well cared for as they should be.

The worst part is that fish are sensitive creatures by nature, with the ability to feel and understand the graveness of their situation. Betta fish may not be among the smartest fish, but they feel the sensation of pain just as easily. ¨Fish are among the most abused animals on the planet, and while many people say fish don’t feel pain, this couldn’t be further from the truth. Though the scientific community has been slow to accept that fish feel pain, the vast majority of biologists and veterinarians now agree they do.

In fact, fish are similar to dogs, cats, and other animals in their experience of pain and pleasure. Sadly, fish aren’t granted any protections from cruelty. There is not a single law that protects fish in the United States, whether they’re raised as pets, research subjects, or food. (Loria, 2018) This speaks volumes about our society, especially because for fish, they are utterly helpless in the face of cruelty. I don’t think that they can make an expression of agony or whine like a dog or a cat, they can only gasp for air — and then only when you take them out of the tank.

So, while the majority of shop owners take good care of their betta fish, there are fish being abused all over the world, whether it’s at fish farms or delis or science laboratories. Rarely do people pause to consider reporting abuse or stopping it, most don’t even think to wonder if it’s happening take salmon for example.

I understand the “circle of life” so i’m not saying you shouldn’t eat them. What I’m saying is that maybe instead of skinning the fish, then dropping them in scolding hot water, you should end their suffering before hand. Some people claim it gives the fish more “flavor,” but i think a living thing’s life is a little bit more important then some extra flavor, right?