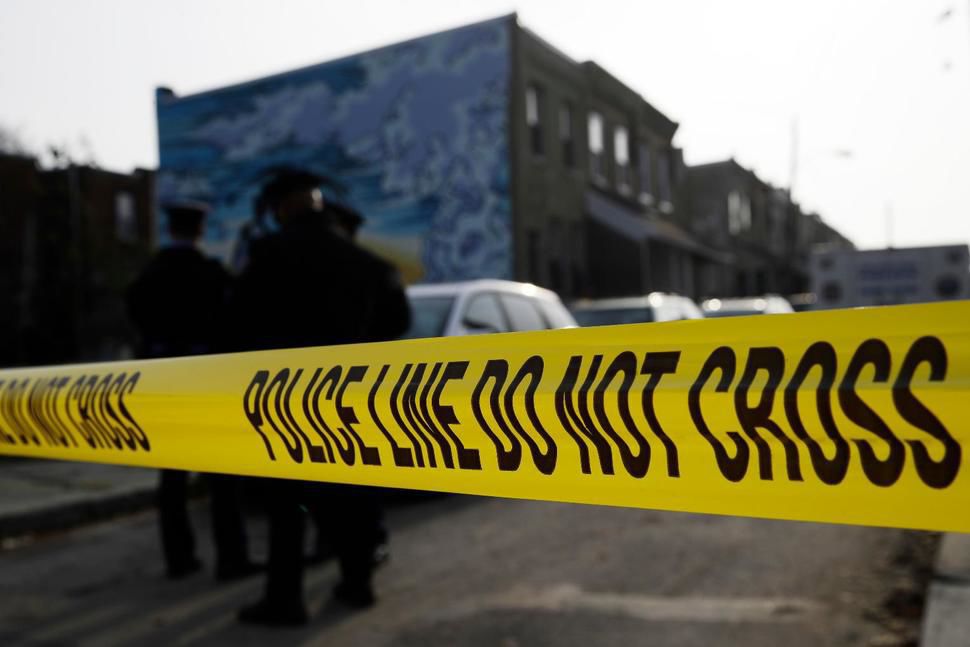 In Philadelphia, there have been 257 shootings as of October this year alone. — PHOTO: MATT ROURKE/AP 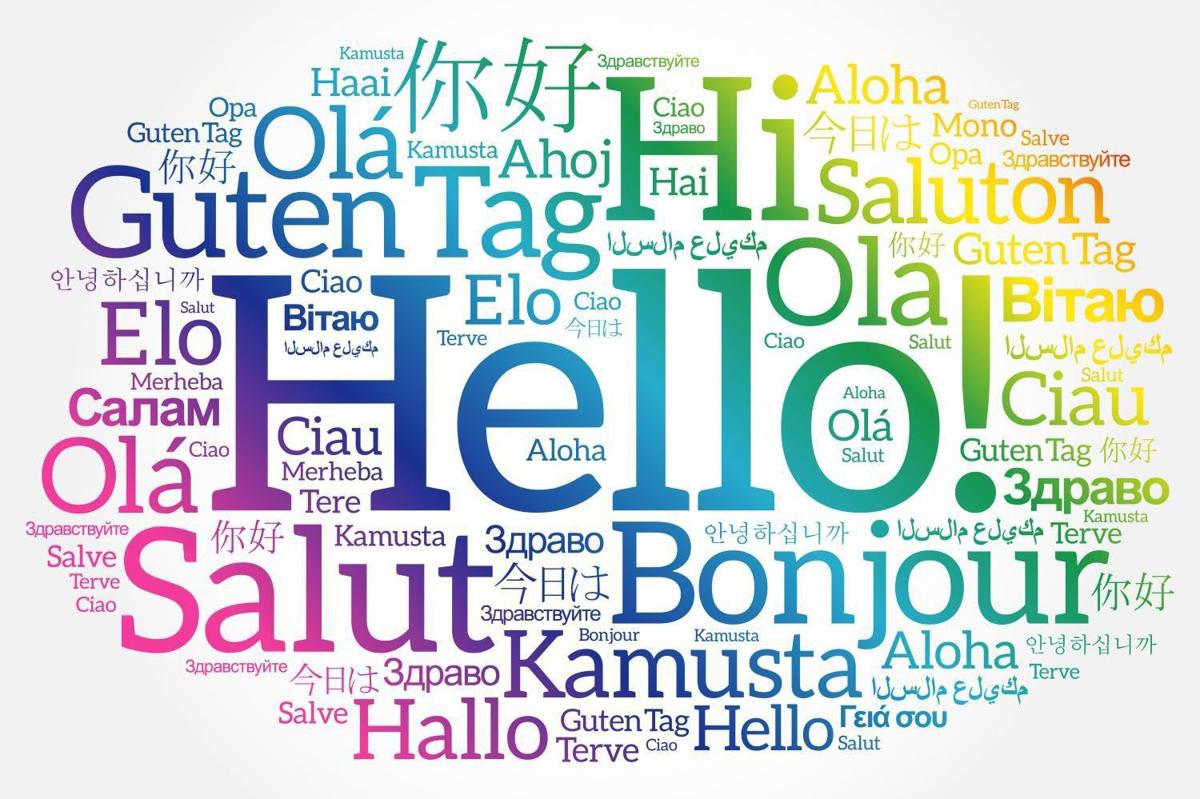 In Philadelphia, there have been 257 shootings as of October this year alone. — PHOTO: MATT ROURKE/AP

The high school students in the journalism class at George Washington Carver High School of Engineering and Science will be sharing the stories they wrote for their school’s newspaper The Carver Times. These articles are the students views on the various issues that are going on in the world and the city of Philadelphia.

Guns vs. Students: Are we really safe?

Gun violence is a big issue in the United States, but have you wondered about its impact on you? Have you ever thought about Philadelphia, how events as tragic as shootings could happen at any moment?

Whether it be on your way to or from school, walking up to school, or even in school, we should educate ourselves on the steps that our own city is taking to ensure our safety in our neighborhoods. Crime happens every single day, and we should be able to better see how the city takes care of us.

In Philadelphia, there have been 257 shootings as of October this year alone. Gun violence not only hurts the community, but it affects everyone, even those not involved.

With the recent shooting taking place in North Philly, that really got me thinking about how the big school related companies are watching over children that go to school in dangerous places. At Carver, we have our metal detectors. But what about outside of school?

From my research, I wasn’t really able to find anything about gun violence and special laws to protect schools such as our from dangerous threats. The only things we really do have are lockdowns and shelters-in-place, which are drills that we practice once a year. These are helpful but how effective are they?

According to SafePlans, lockdowns are not very effective when it comes to mass shootings; there have been 307 school shootings since Columbine, which means something is obviously wrong. As for a shelter in place, they can be effective based on the situation.

Ready.gov says that “There may be situations, depending on your circumstances and the nature of the disaster, when it’s simply best to stay where you are and avoid any uncertainty outside by “sheltering in place”.

What can we do to ensure the safety of ourselves and others? Stay aware, and take care of yourselves. Friendly reminders to be safe may seem minuscule, but they mean a lot. In a time where it seems as though shootings and violence are normalized, the best we can do is take care of each other and be there for each other.

Philadelphia students are having fewer opportunities to participate in the business world and to have access to job opportunities due to the limitation of language.

In most parts of the world, it is rare to find an educated person who only speaks one language. In America, this is common. Americans are far behind in foreign language skills, with only 18 percent speaking a second language compared to 53 percent of Europeans.

The school system is failing us because we should be getting as many opportunities as possible to get ahead of the rest of the world. American students must learn language skills to compete in the global economy. These skills are vital in communicating and doing business.

“To prosper economically and to improve relations with other countries,” US Secretary of Education Arne Duncan declared in 2010, “Americans need to read, speak and understand other languages.” By only speaking English, Americans severely limit their opportunities. Knowing a second language is crucial because it allows the person to communicate and have a variety of jobs that require bilingual skills. However, with a system that is not giving the student the required support, will they miss out on opportunities that other foreign people have because they aren’t as advanced in other languages?

The politics of bilingualism, and the fact that some people believe in “English only,’ and the shortage of highly qualified teachers are among the primary obstacles to teaching second languages. “However, if federal and state education policies supported bilingualism as an important goal for all US students, and incentives were created to recruit and train bilingual teachers, the USA could rapidly join other developed nations that have long supported multilingualism and nurtured it in their students.”

Luisa, the exchange student of the German exchange program shares her point of view of how we should all be bilingual. She speaks about three languages,

Luisa is a German student who came to the U.S. for a couple of days as part of the “exchange student program.” While she was here, she had no problem communicating with others. Even though her first language is German, she speaks English very well. This is all due to the education system that they have in Germany.

I asked Luisa a couple of questions about her speaking more than one language. She expressed that, “Speaking English has helped me a lot because I like traveling, and therefore I can get around the city and meet new people.” Through her, I learned that in other countries like Germany, “it’s usual to speak more than one language. Most of the Germans can speak English and there are others that can speak a third language, such as Spanish, Italian or French.”

Maestra Puntel, a teacher at Carver High School, she has been teaching Spanish for about 12 years, she has been looking for ways to improve the learning environment as well as planned lessons for students to understand the language in depth.

Puntel shared facts that she deemed important, such as noticing that students who only took two years of Spanish aren’t able to use the language. This is because they soon forget the language. The textbooks aren’t as helpful because they only refer to grammar which students won’t use as much as the skills that are used in speaking. The students that took a second language between kindergarten and eighth grade are almost all bilingual by now.

There is not a strong support system in regards to learning a second language. Unfortunately, the school district is not offering enough funding to cover these skills. Because the nation’s primary language is English, which is used heavily in other countries, people in other countries often see Americans speaking English as arrogant. In 2015, President Donald Trump said, “We’re a nation that speaks English, and I think that while we’re in this nation, we should be speaking English.” This quote exemplifies harmful beliefs that hold Americans back from learning and stigmatizes those who speak other languages.

How is it limiting the opportunities of the students?

All around the world, employers seek employees who are bilingual. Jobs that require people to speak more than one language are important because it allows the business or career to advance; the ability to communicate with more customers that speak other languages is a lot more helpful.

“Today, you’ll find more employers are seeking people who can speak multiple languages in fields such as customer service, hospitality, government, military, information technology and administration. In fact, a study conducted by the University of Phoenix Research Institute suggests that there aren’t enough people speaking languages like Spanish and Mandarin Chinese to meet the growing demand in the market”

The school district of Philadelphia is looking for ways to encourage students to learn a second language.

Elizabeth Skylejko is one of the most knowledgeable people within the School District Language Arts Department. She shared the idea that high schools do not have enough staff to teach more than two years of a second language.

We need to take a serious interest for our education and the possibilities that we could be missing out on if we don’t demand for a better education.