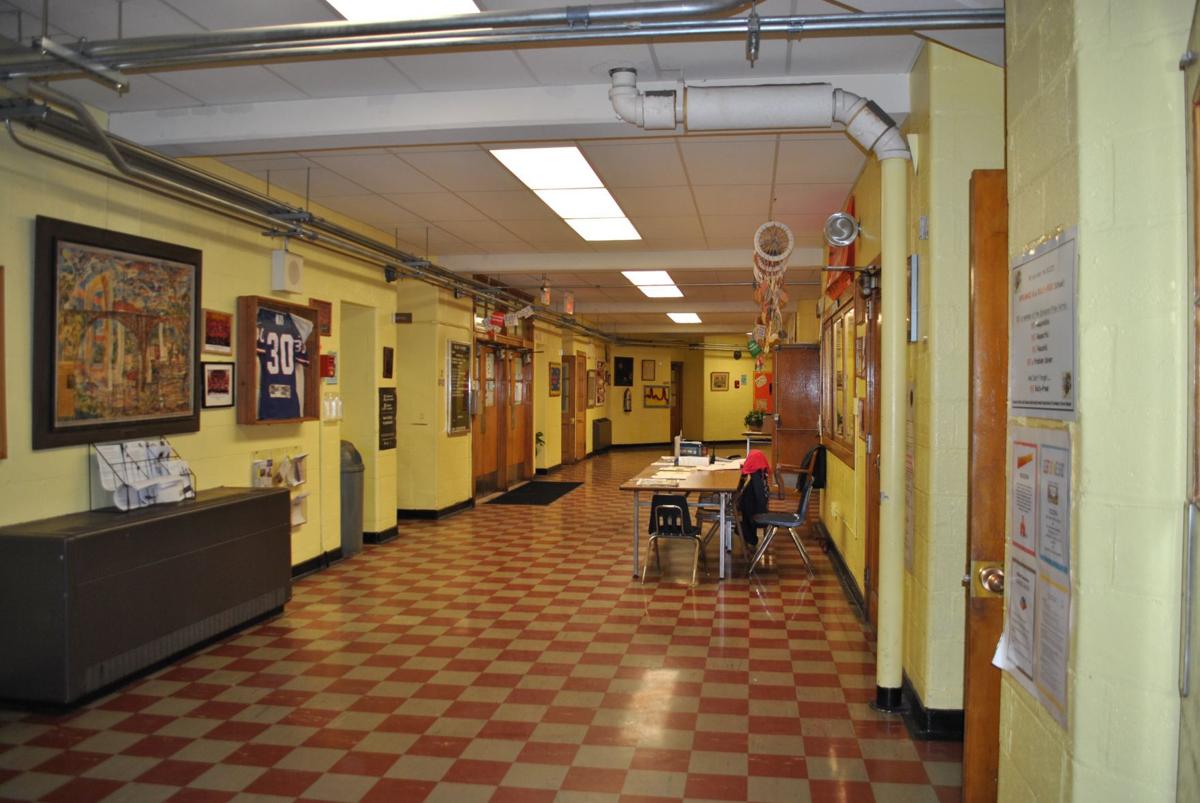 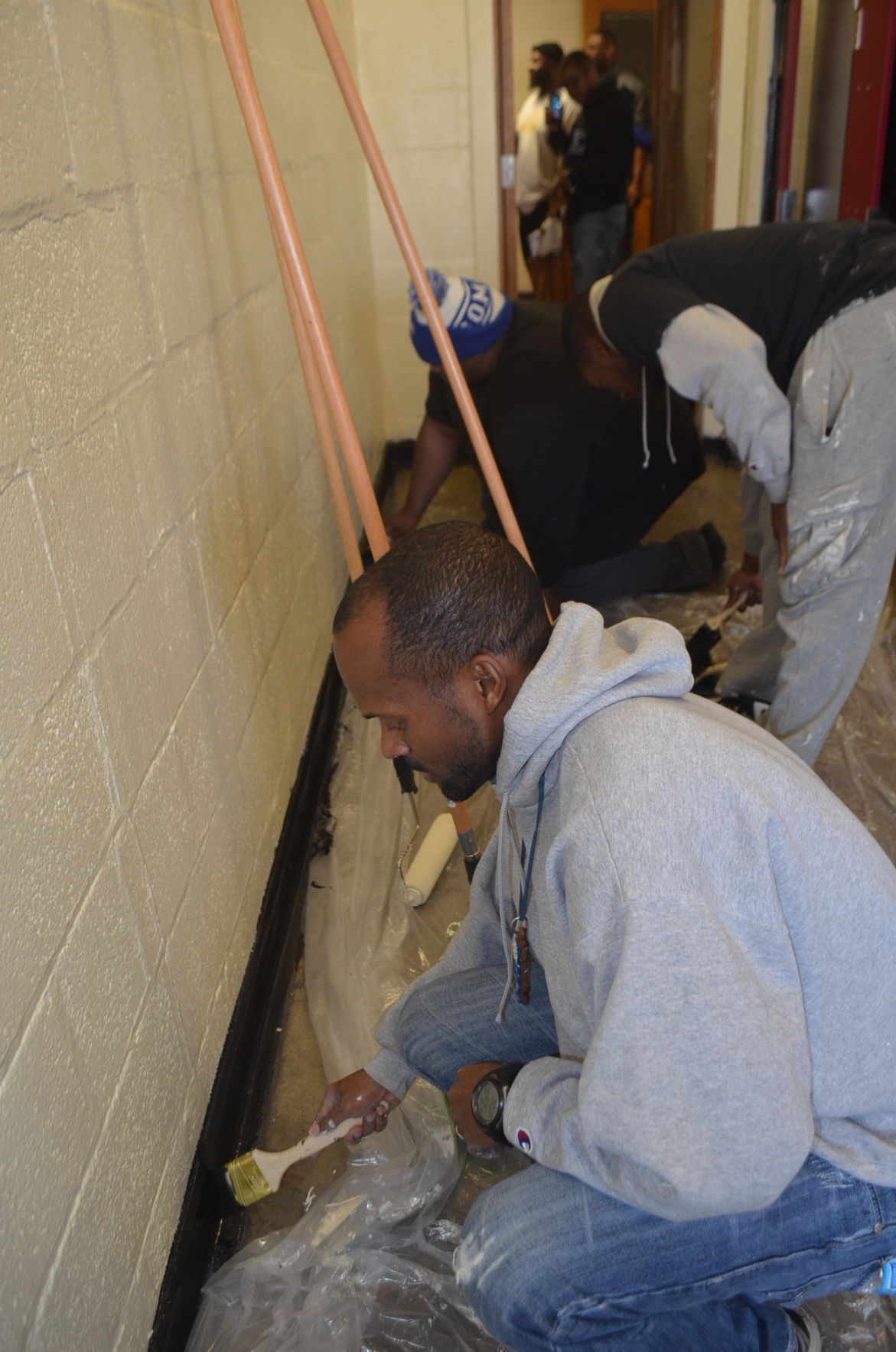 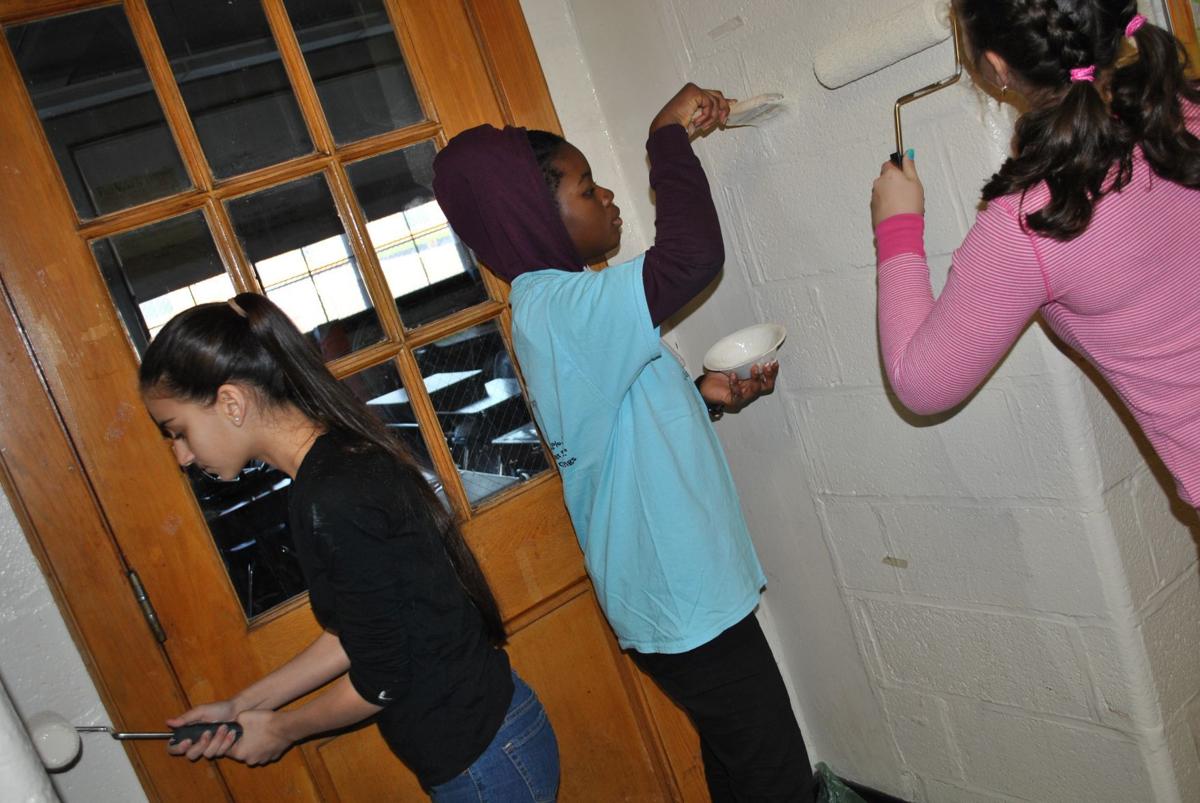 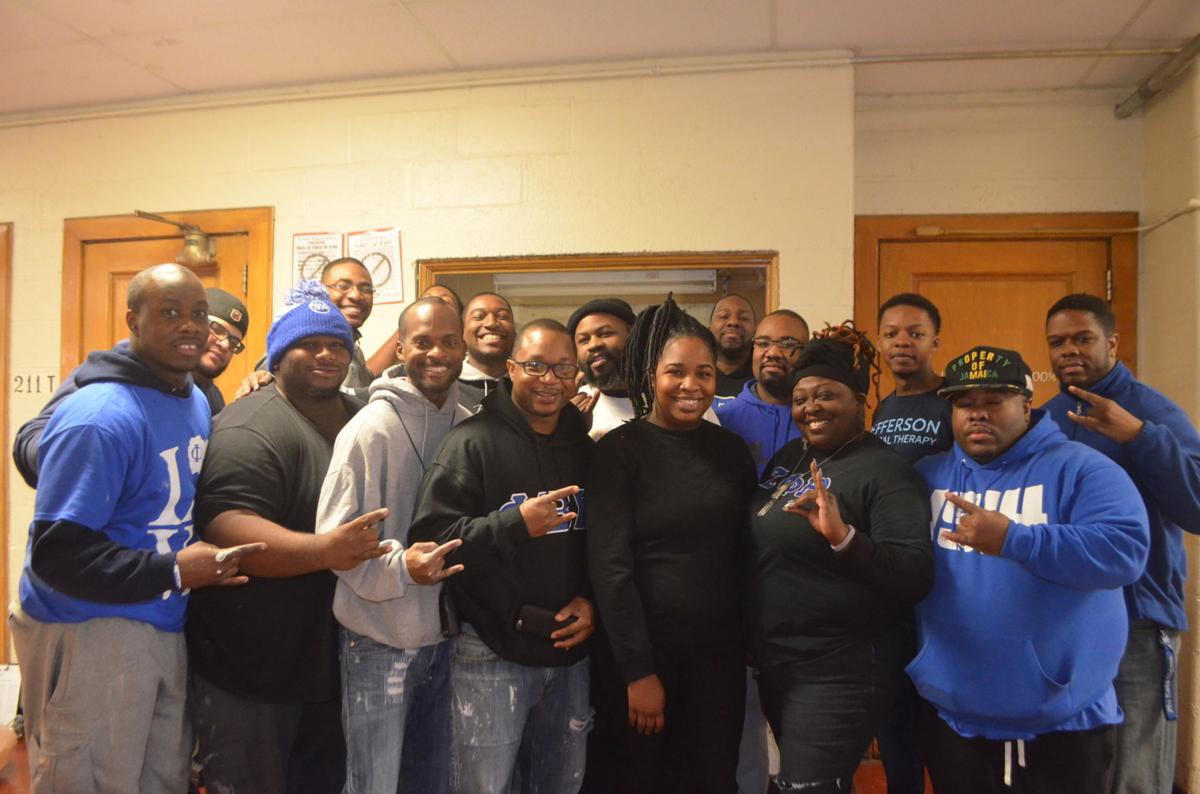 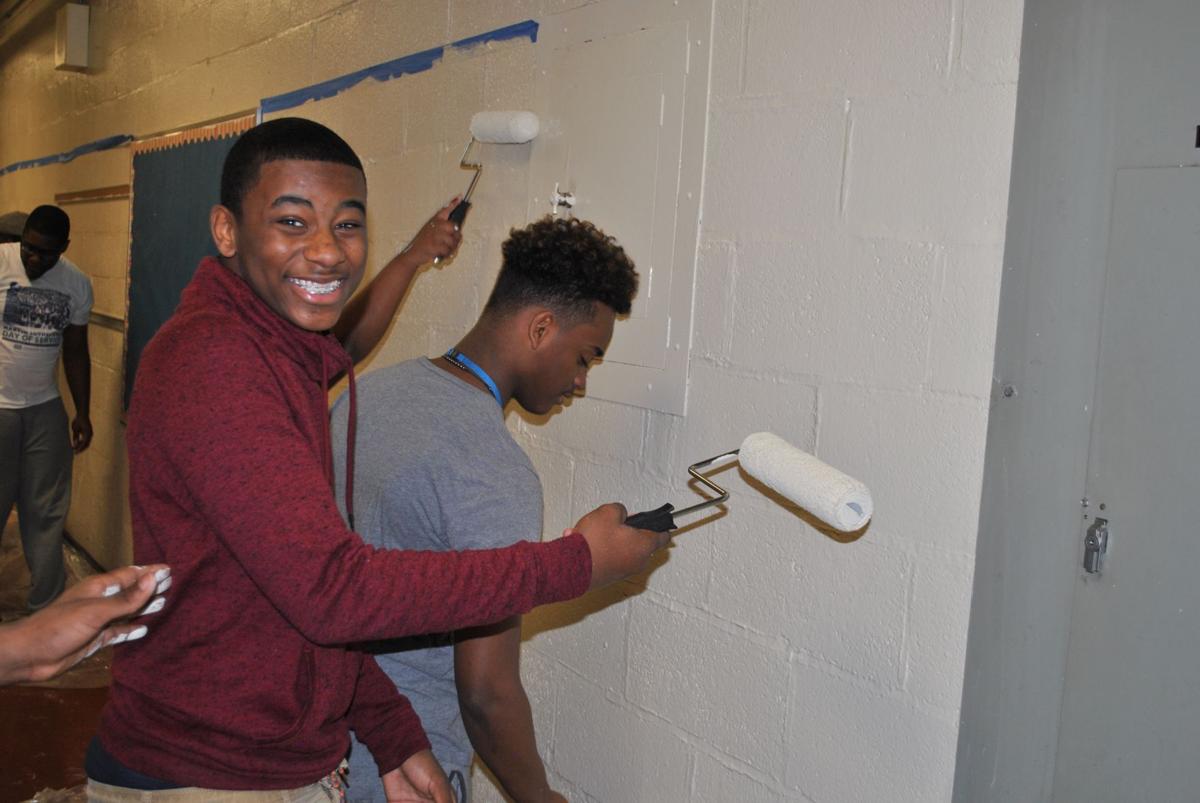 The Spruance Student Leadership Coalition, which is made up of the student government association, the National Junior Honor Society members, the Nu Sigma Men of Spruance, Girls Rule and the athletic programs led the effort, with support from the Nu Sigma Chapter of Phi Beta Sigma Fraternity and the Alpha Alpha Omicron Zeta Chapter of Zeta Phi Beta Sorority. The Hebrew Immigrant Aid Society (HIAS) also provided 20 volunteers to support the service day.

“The students came in to make their learning environment look better,” said Spruance Principal Kwan D. Lang. “Our students love their school. That’s why they are here today. It’s teaching them don’t wait for anyone else to come take care of our house. [But] do it for yourself.”

Lang said fifth- through eighth-grade students painted the walls of the hallways, while the Sigmas and Zetas painted six to eight bathrooms, which he described as being in need of special attention. The elementary grades participated in the project the Friday before the King holiday, as they cleaned the walls with soap and water to prepare them for painting.

“It was fun because you know your school is going to look beautiful,” said Wafa Froukh, an eighth-grader and the first girl to become student government president.

“It felt good because we helped the school look better and nicer for other students,” she said. “It was looking a little old and after we painted, it looked like it just opened.”

Daniel Emdin, also a fifth-grader, said he felt happy to volunteer for the service project. “Before it looked old; now it looks like a place where people can come, [a place] that has a change in it.”

Danielle Matthews, the Dean of Students and the student government sponsor, has worked at Spruance for 11 years. She said she was happy to finally have a King service day at the school.

“It was very much needed in the school building. It helped to bring together students, staff and community members. I observed the staff interacting positively with each other and I could tell the students had fun doing something positive,” she said. “It helps everybody come together to give back to a place we spend so much of our time. I hope we are going to make it an annual thing. [And] hopefully it will inspire [students] to pick up after themselves and other people.”

Lang confirmed that the King day of service “is a start for us. We will probably do another beautification project this spring.” Other projects designed for students’ social growth, he said, will continue. This includes the three-year-old Nu Sigma Chapter of Phi Beta Sigma partnership that provides mentorship, motivational speaking and school supply donations.

“We are all about community service and supporting education,” said Ross Hamilton, president of the Phi Beta Sigma Fraternity, Nu Sigma chapter. “We had the opportunity to serve and we were right on it.”

Girls Rule, led by Dean of Conflict Resolution Pam Clack, is another ongoing extracurricular program and teaches self-esteem, among other life lessons, to the girls.

Student government president Froukh is a member of Girls Rule and said when she first started “I was shy, that was in sixth grade. Now, I’ve become president. I’m trying to help the school the best I can.”