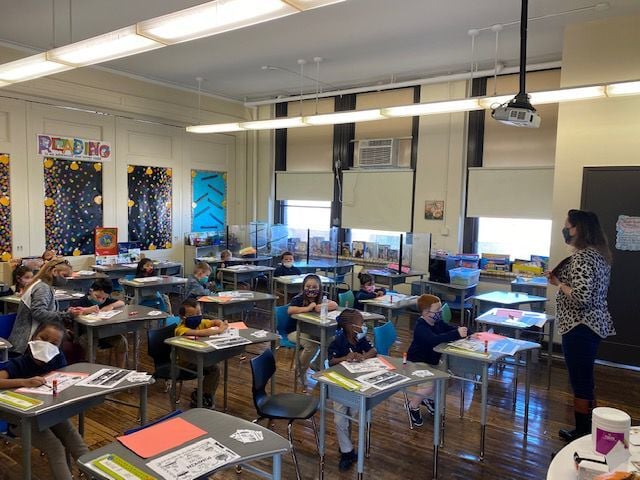 Students listening to their teacher in the classroom.— PHOTOS BY SHARSWOOD SCHOOL. 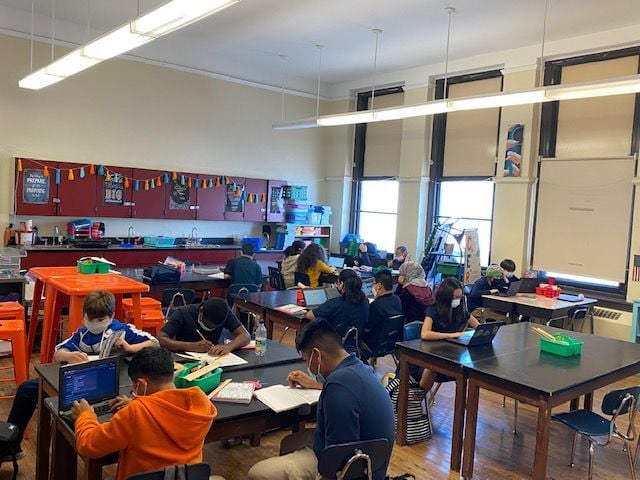 Students work on their assignment in class. 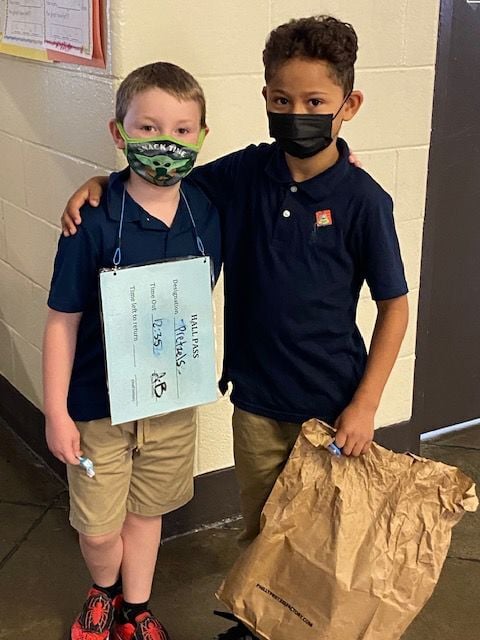 Two students pose together in the school’s hallway. 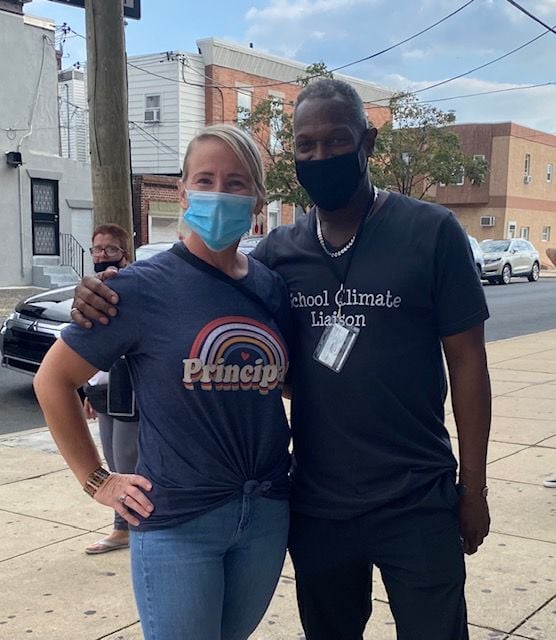 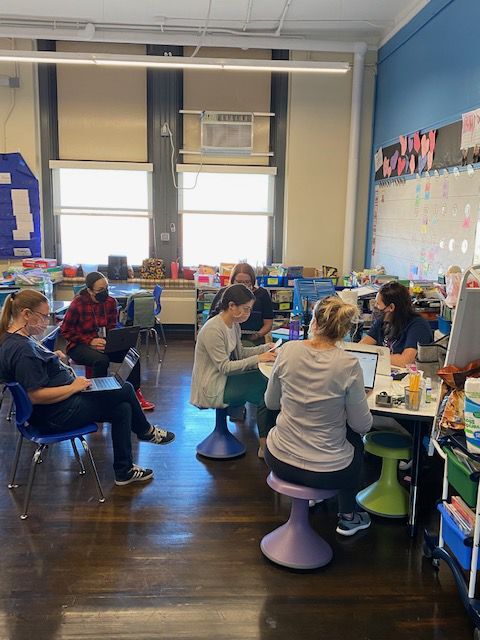 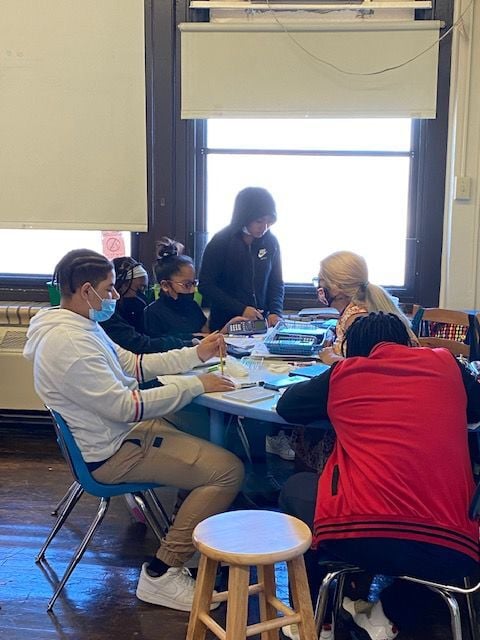 Students working with a teacher in class.

Students listening to their teacher in the classroom.— PHOTOS BY SHARSWOOD SCHOOL.

Students work on their assignment in class.

Two students pose together in the school’s hallway.

Students working with a teacher in class.

Known for being one of the best-kept secrets in the school district, the George Sharswood School continues to raise the bar of academic excellence.

Located at 2300 S. 2nd St., the Pre-K-8 school offers an educational program that prepares its students for the challenges ahead of them, including getting into the best high schools in the city.

“There are so many great things going on at Sharswood,” said principal Leigh Vitvitsky. “While we’re 70% out of catchment, we would love for our neighborhood kids to know us and choose us. We’re a hidden gem in the school district, but we have so much to offer students.”

Some points of pride at Sharswood include a music program that has two choirs, a band, and a bucket drumming ensemble. All students utilize a variety of string and wind instruments and an iMac lab for GarageBand.

The school’s visual arts department teaches elements and principles of design using a wide range of artistic media and includes work with many local artists in residence.

“At Sharswood, we have a lot of programs and clubs based around music, technology and science,” Vitvitsky said. “We make sure to make all of these areas an intentional part of the student’s day or week as it provides hands-on learning as well as something the students can do for fun.”

Among the goals that the Sharswood staff is focusing on this school year is social emotional learning and lost learning due to the COVID-19 pandemic.

“Together we focus on recognizing student frustrations, but giving them a daily strategy to support that feeling,” Vitvitsky said. “We have grade level social emotional meetings with our teachers every other week. Through teacher and staff observation, we’re beginning to identify students.”

Sharswood has a social emotional climate team, which consists of the school counselor, climate liaison, dean, PBIS coach and gym teacher, the principal, and an interventionist.

The team forms groups with students based on data to help them cope with social emotional issues.

“Some of our students are having some anxiety about coming back to school and leaving their parents,” Vitvisky said. “We have some students who are always feeling ill and think that they have COVID, so we’re going to form groups around those topics.

“We also have students who are struggling with having academic tasks back in front of them and are feeling overwhelmed, so we’re creating groups for those folks,” she said.

“All of us will sit down and will determine the tier level,” she added. “If it’s a tier one group, you know, we’ll assign the tier one groups to the PBS coach and interventionists, the tier two groups will go to my Dean and my counselor and our tier three students would sit with the counselor.”

The intervention teacher at Sharswood serves as a support to the younger students teaching literacy through social emotional learning.

“She has five to six scheduled groups a day of three to four students, which we’re going to hit in six-week cycles, review data, and give them a prescription to go back to class saying these are the skills that we’ve been working on,” Vitvitsky said.

“We typically meet with the sixth and seventh grade students to make sure that they’re aware of the criteria that is coming ahead,” Vitvitsky said.

“We expose them to virtual field trips to see what other types of careers are out there,” she said. “We bring in speakers and high schools, so that we’re getting the message out there to them about college and career readiness,” she added.

“We also keep an open dialogue with the counselor, students, the middle school teachers and our special education students that also fall into the six to eight category,” she added. “We just try to be open and honest with them about the high school process and prepare them for what’s going to come.”

Vitvitsky said what she hopes her students take away from their experience at Sharswood is kindness.