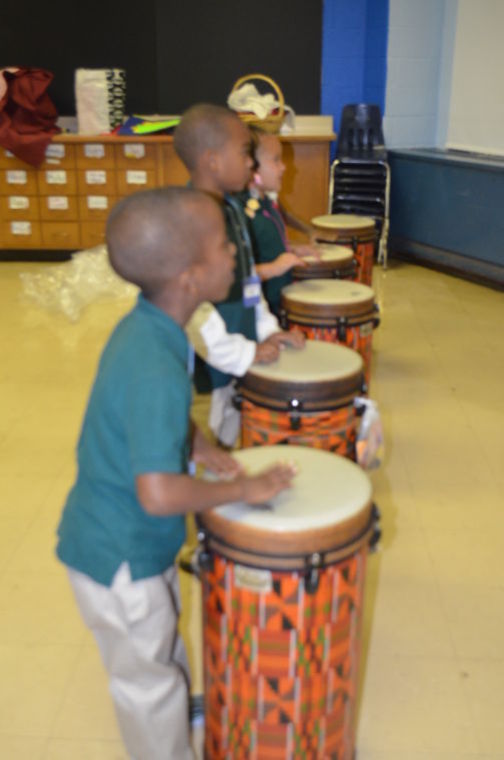 A group of kindergartners play on the African drums in music class. — Photos by Samaria Bailey 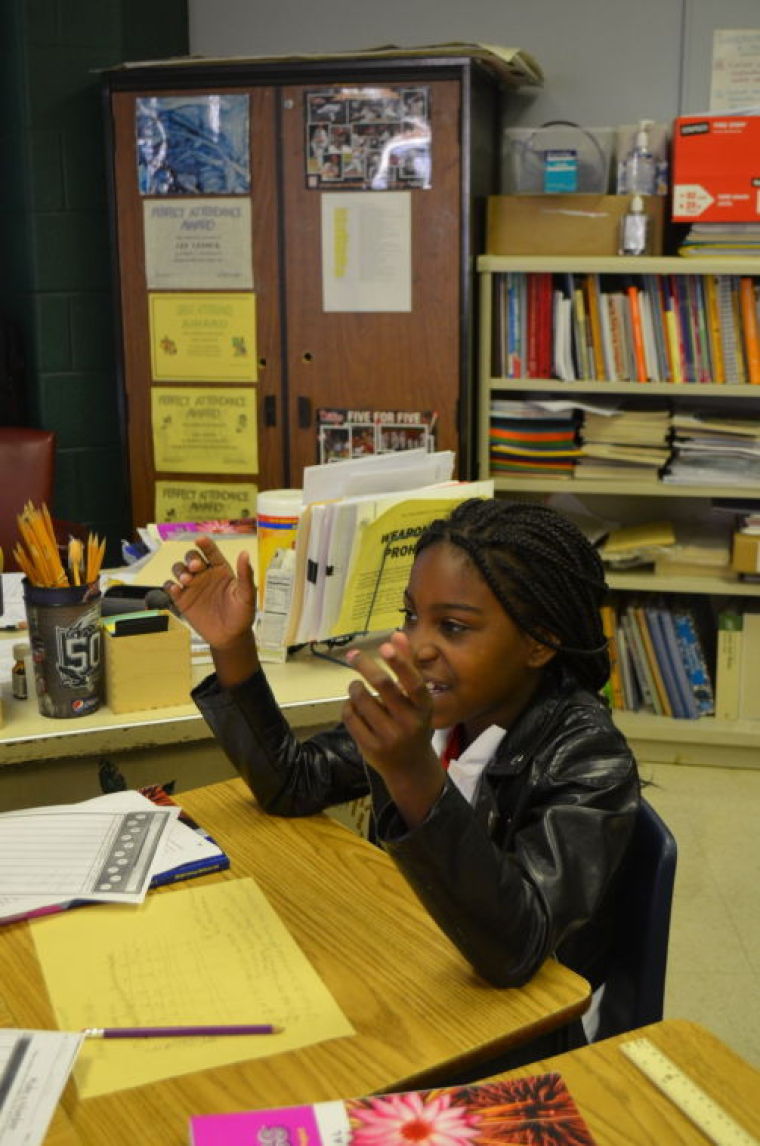 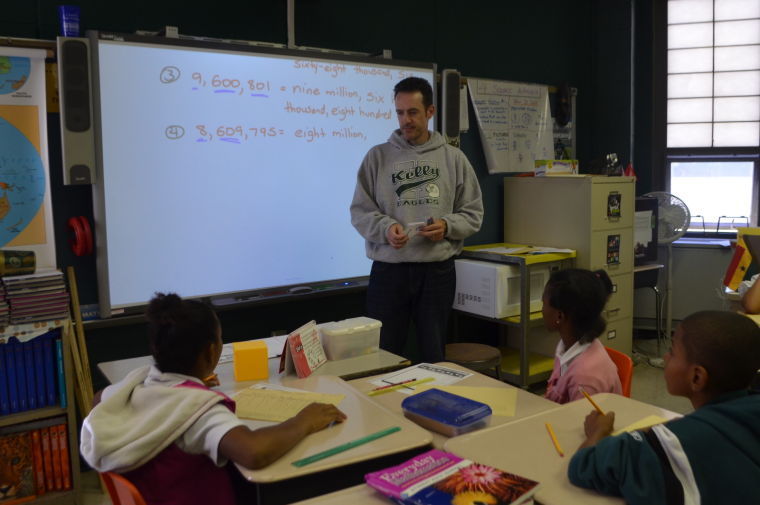 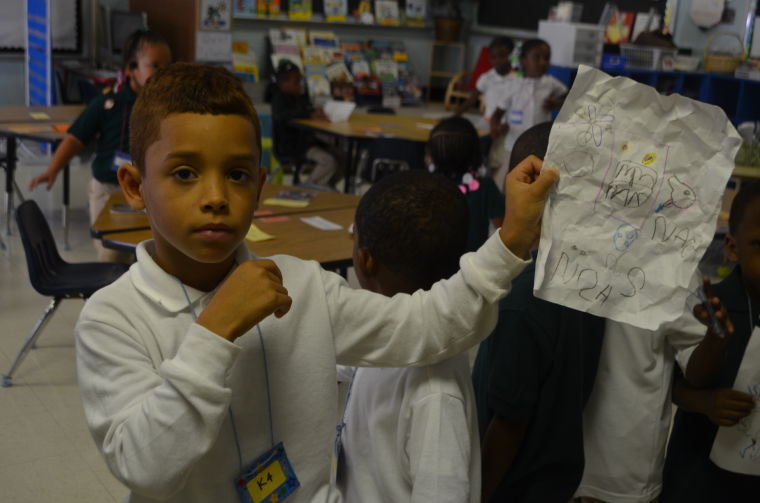 Kindergartner Nasir Oliver shows off a drawing he completed in art class. 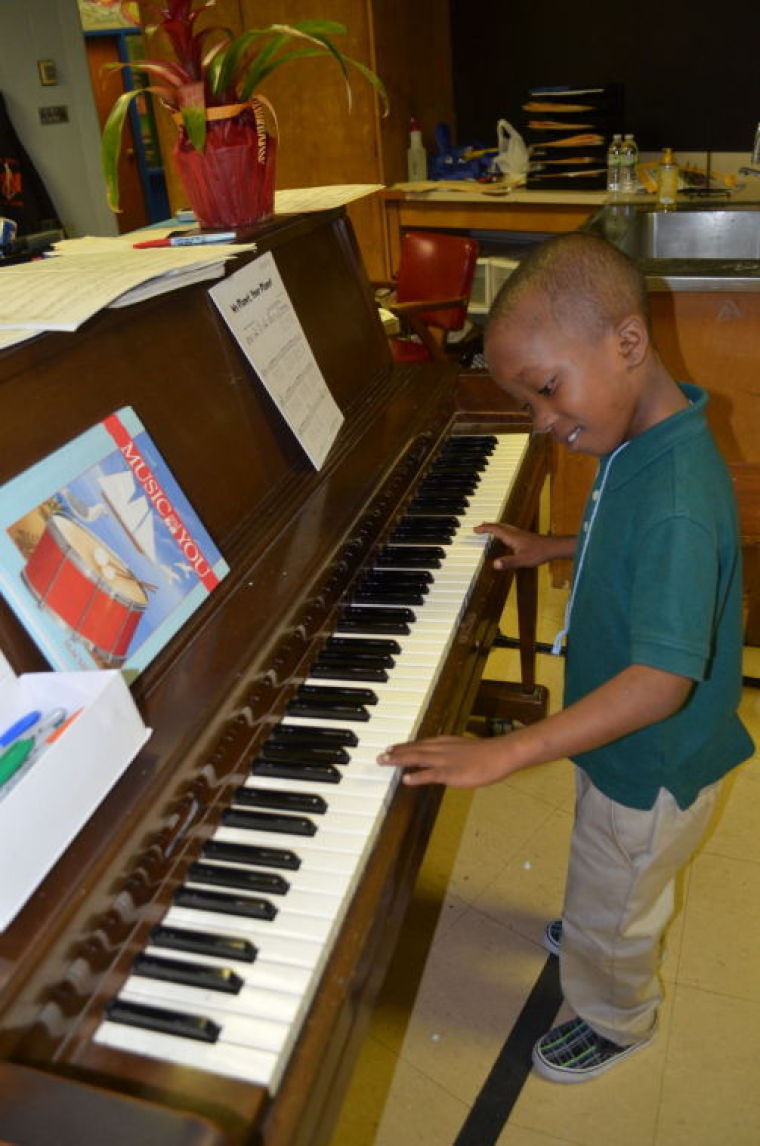 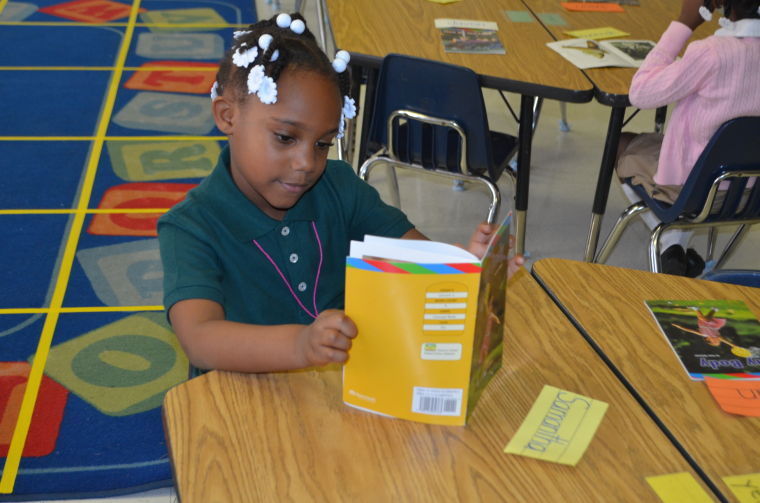 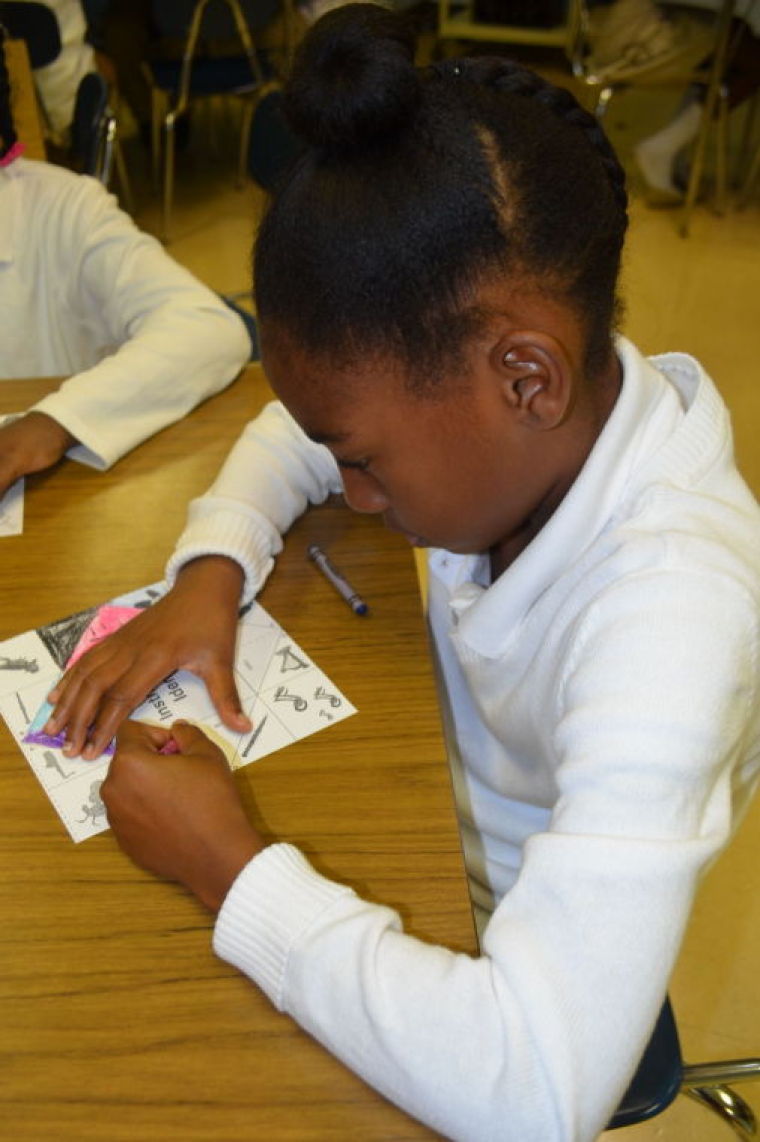 A group of kindergartners play on the African drums in music class. — Photos by Samaria Bailey

Kindergartner Nasir Oliver shows off a drawing he completed in art class.

The education of the child is the focus at Germantown’s Kelly Elementary School, where learning is not limited to academics, but is also inclusive of the arts and extracurricular programs.

Students have the chance to grow in more ways than one, maybe as scholars, artists or both.

“It’s a good way for students to learn,” said Principal Christopher Byrd. Byrd noted the school decided to keep their music, art and physical education classes, when the district budget cuts took effect, and chose to eliminate “a literacy prep,” instead.

“Everything has an effect. You just have to make those decisions based on your students and what will best suit them,” he said. “The gym and music, we kept because of the importance of music and physical activity.”

In their second week of music class, 5th-graders were listening to classical music, while identifying instruments and music symbols.

“I learn what music is and about different kinds of music,” said 5th-grader Malayshia Gadson. “It’s a good class because maybe, when I grow up, I can be a [music] artist.”

For the music teacher, Dolores Williams, the class is not only useful for students’ knowledge of the subject, but is also important for their mental well-being.

“For this particular population … many of them live below the poverty line, so it’s the emotional side. They are able to tap inside and know there is more than one emotion, more than anger. It keeps them human.”

For their recess time, a group of fourth graders jumped rope, ran freely and played basketball in the school’s back yard.

One of the 4th-graders, M. Guess, said this is what makes Kelly special.

“The best thing about my school is how we are always active,” she said. “We exercise and go to the gym.”

Another 4th-grader, Sincere Brown, said he felt similarly. “[Kelly] has really fun activities — technology, music and Character Ed.” Character Ed is a morning prep, during which students discuss how to be better people. Brown said some past lessons have focused on being “respectful and responsible,” information he said he can use outside of school.

“I am able to use these lessons at home,” he said. “When my sister loses things, I tell her, ‘you got to be responsible for your stuff.’”

“We just want to make sure we are focused on reading,” he said. “That students are getting opportunities to read with an adult, read with each other and not just being read to. They have to be able to navigate text on their own.”

In Maureen O’ Driscoll’s first day of kindergarten class, students began reading lessons, each with their own designated books, on topics like “insects,” and “your body.”

This attention to detail and allowing students to be vocal in different lessons was observed in other classes as well.

As he was teaching place value to his 4th-grade math class, Lee Lessick made the lesson interactive by having each student roll a die, so that whatever number came up on the die, the student would call it out and he would write in in the place value box on the board.

“I try to make it fun,” he said. “I use everything from the smart boards to First in Math and I pull worksheets from different places. I try to make it as least stressful as possible.”

During a literacy lesson that involved the use of adjectives, she walked around the room, talking to students one-on-one on how they could describe themselves for the “bio poem” they had to complete.

“I feel like that’s how students learn,” she said. “You have to make sure they understand the lesson. I’m hands-on whether teaching social studies or math.”

Completing this all-around Kelly education is a focus on community partnerships.

The school has relationships with several neighborhood churches and Germantown residents.

The Kelly Green Project, made up of residents and organizers from the Hansberry Garden and Nature Center is raising money to build a playground at the school. But in the meantime, they have revitalized the school garden and partnered with the city’s Mural Arts’ Restorative Justice program to install a picnic table, shed, benches and a fence.

Byrd said the Veterans Administration is active with the school as well. They donated supplies, adopted a class, and before this school year began, they painted the hallways.

“You can tell they really care about students,” he said. “They advocate for students and they give you a little more focus and mission. It’s when you have those helping hands, it inspires you a little more.”