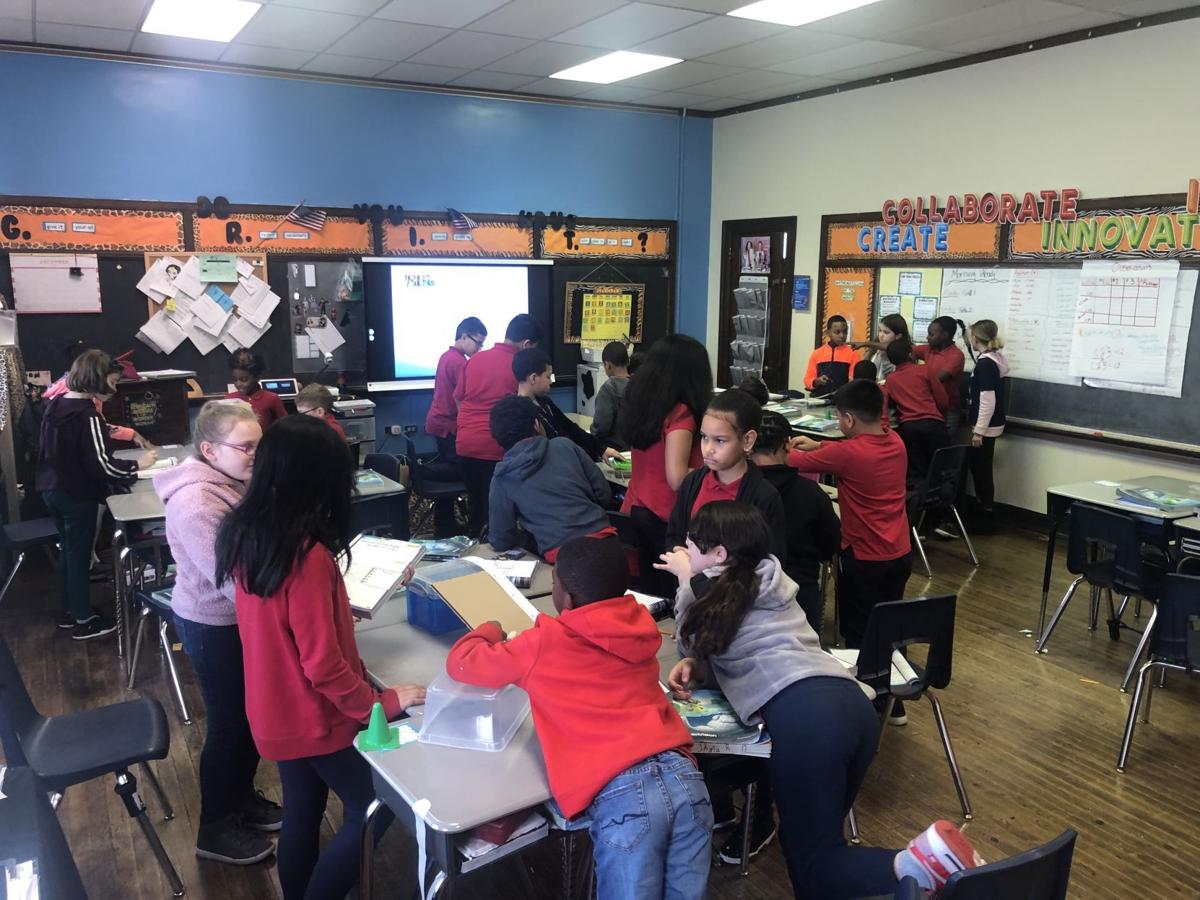 Students working on a project together. 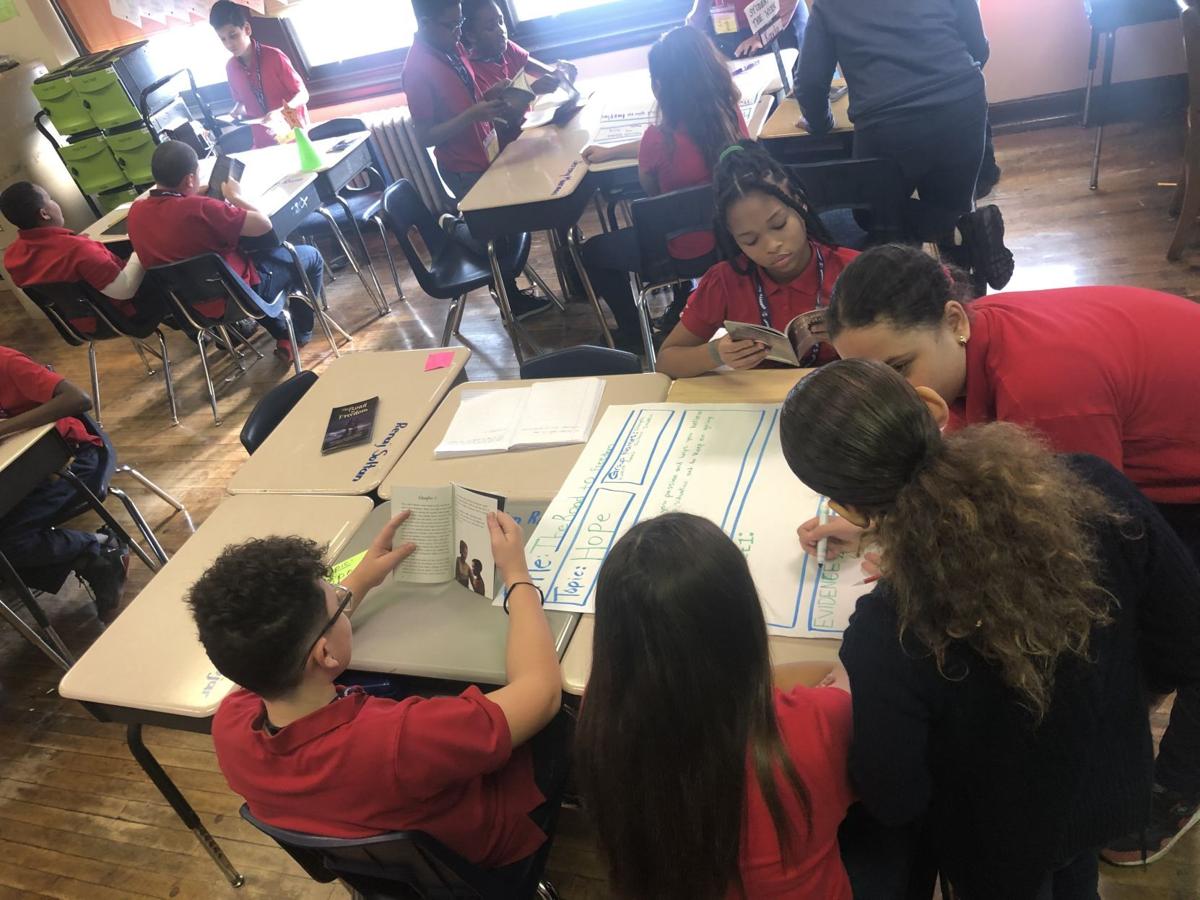 Students talking to each other in class.-Photos courtesy of the Edwin Forrest School. 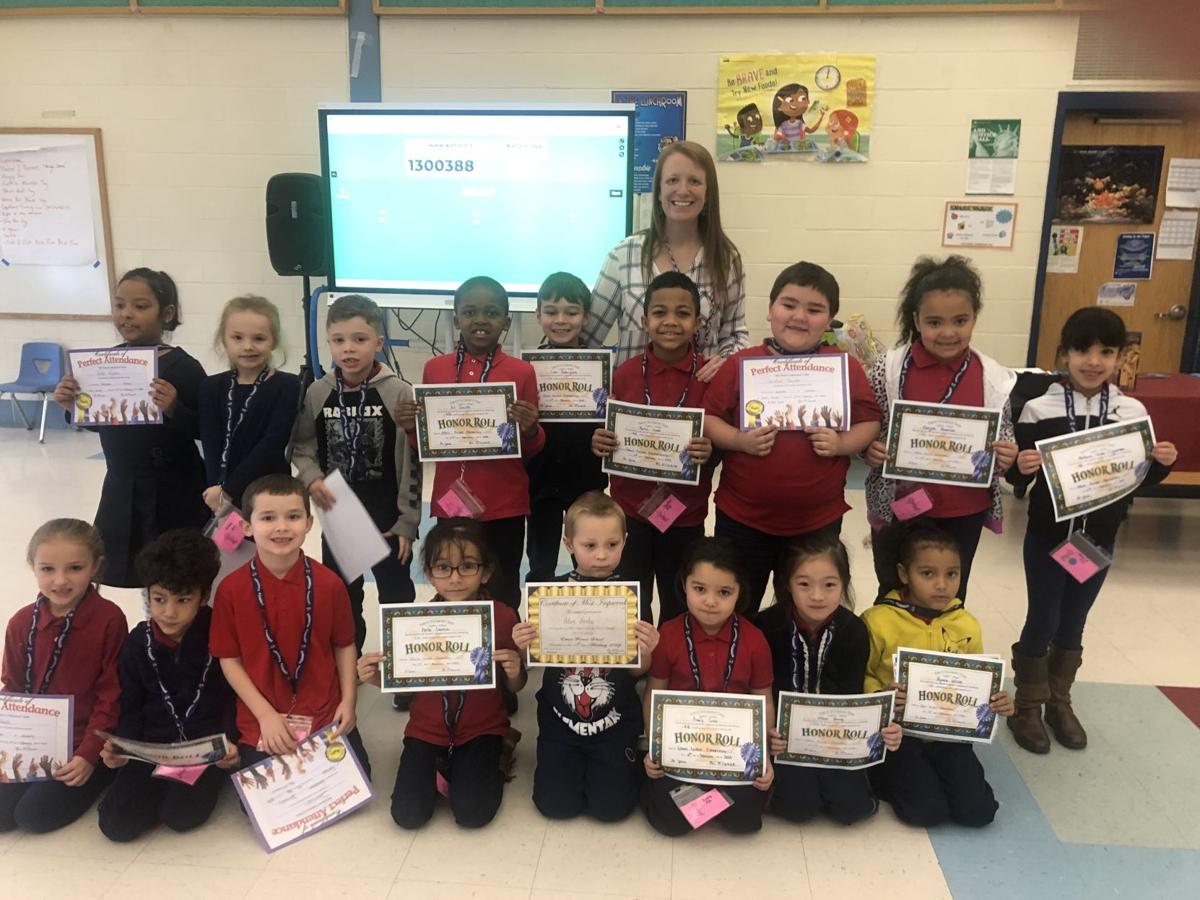 Elementary students stand with their teacher as they hold honor roll certificates. 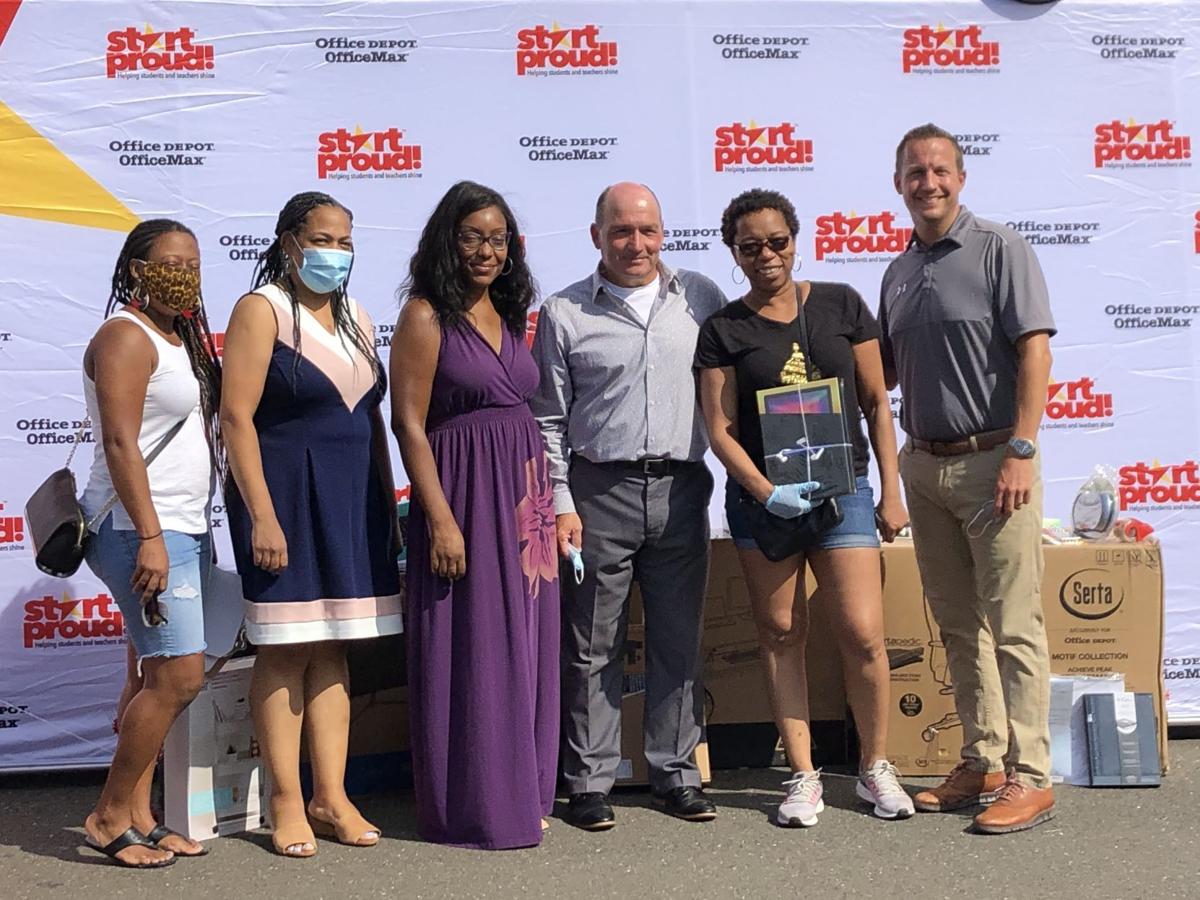 Principal Paul Spina, center, stands in front of a banner along with some guests. 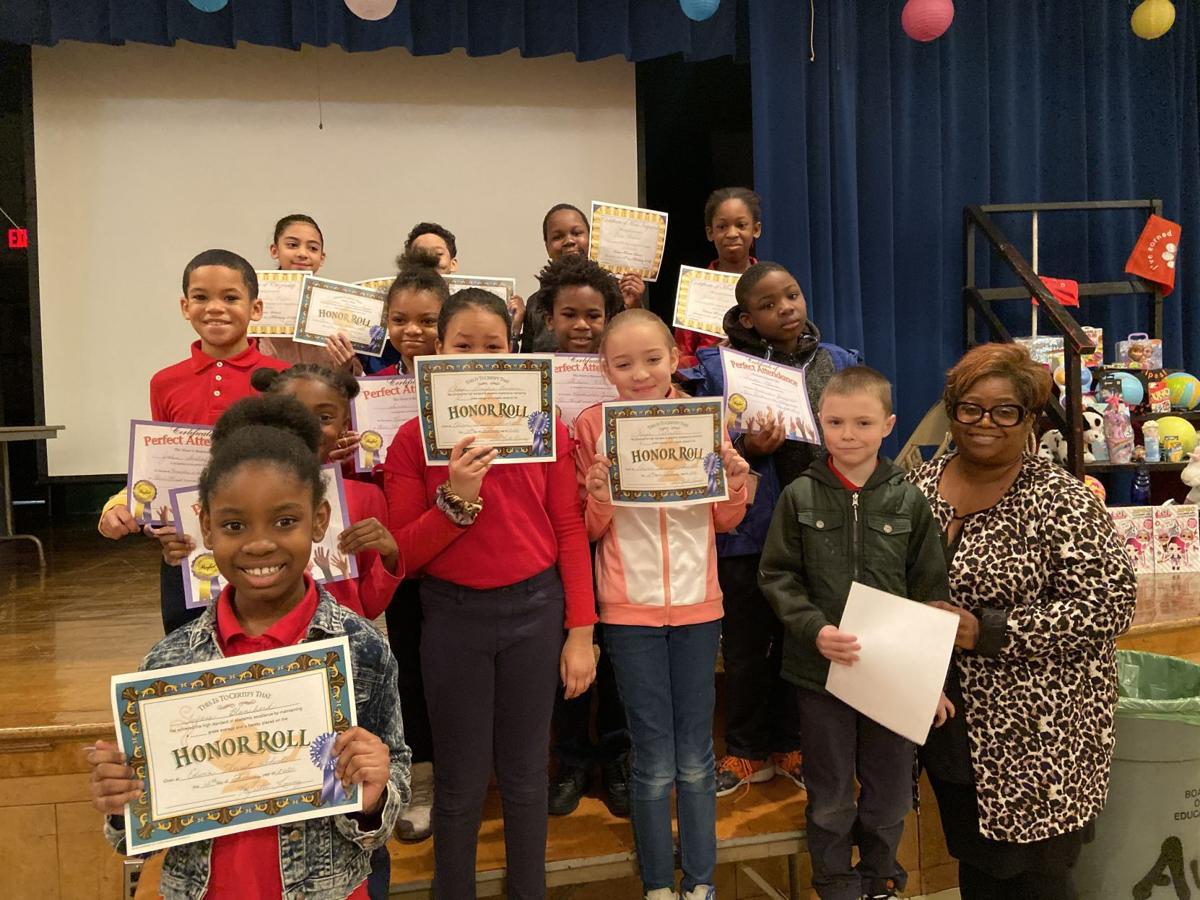 Students show off their honor roll certificates on the school stage. 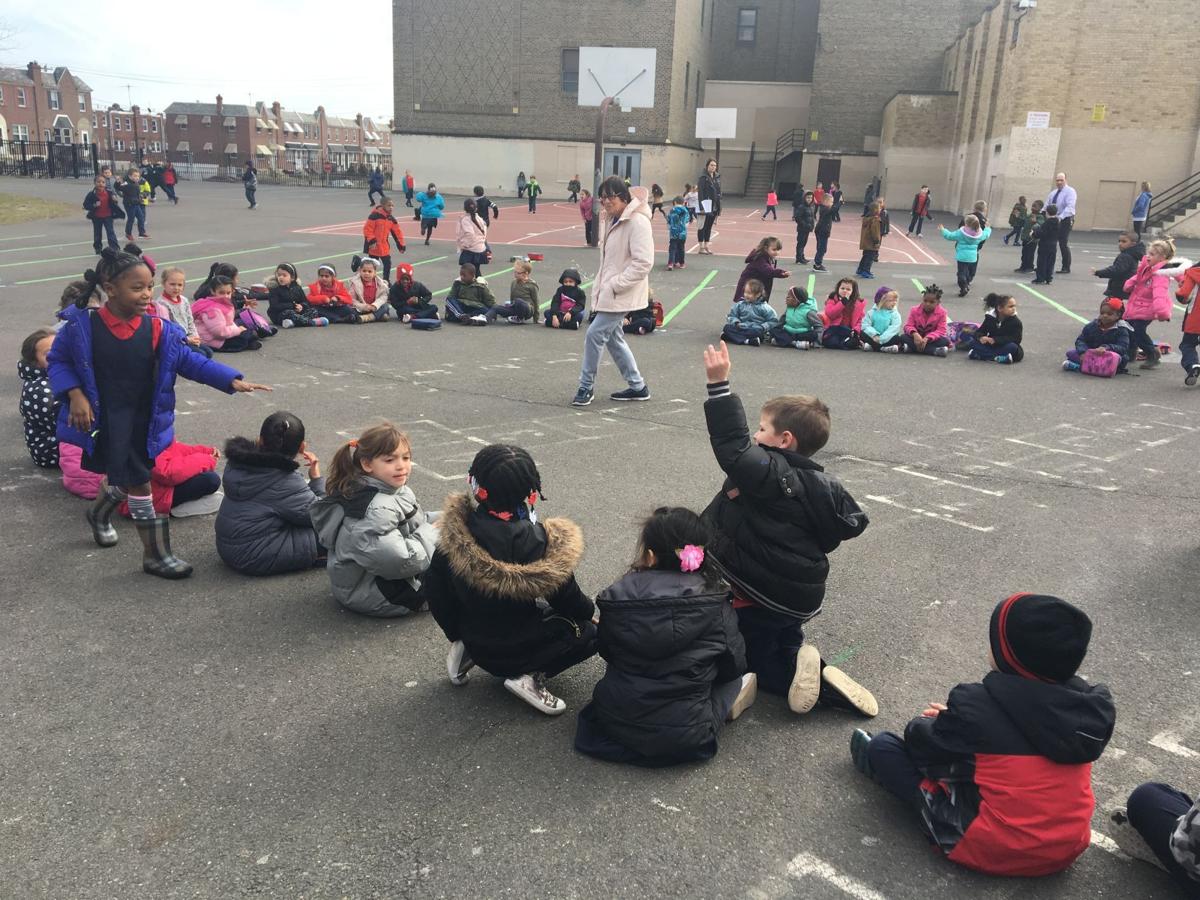 Students playing a game on the school playground.

Students working on a project together.

Students talking to each other in class.-Photos courtesy of the Edwin Forrest School.

Elementary students stand with their teacher as they hold honor roll certificates.

Principal Paul Spina, center, stands in front of a banner along with some guests.

Students show off their honor roll certificates on the school stage.

Students playing a game on the school playground.

The success of the Edwin Forrest School does not just rely on the students’ academic excellence and personal growth.

The teachers, parents, staff and faculty at the Pre-K-6 school in the Mayfair section of Philadelphia play a pivotal role by providing its nearly 1200 students with endless opportunities they might not receive anywhere else.

“Our school is right in the middle of the neighborhood, all of our students are walk-up students, except for a handful of students who come from our autistic support class, who arrive on special education busing,” said principal Paul Spina. “The majority of our students are also siblings.

“Our mission at the Edwin Forrest School continues to focus on being intentional and purposeful in everything that we do and set a high standard for all schools in our district to follow. It’s very much a community here.”

A few years ago, Forrest was placed in the School District of Philadelphia Learning Network 12. Spina said that Forrest was originally placed in the network because the school at the time needed more support in climate as well as instruction.

“As a leadership team, we came together, and talked about the values of our community and what we can do better as a school to support the values in the community,” Spina said. “We spent a large part of the first year or two in this network, really working on our climate and culture.

“We wanted to make sure that the climate and culture in the building matched the culture of the community and then the students would feel both empowered and safe to come to school,” he added. “Once we were sure that our new community was invested in us and part of our vision moving forward then better instruction could take place; we were able to do just that.”

Under the new network, Forrest became a part of the Positive Behavioral Interventions and Supports (PBIS), an incentive-based program used by schools to improve school culture and student behavior while promoting a safe environment for learning.

The school was awarded as a Tier 1 PBIS school in Pennsylvania in Harrisburg last year. All staff at Forrest participate in the program.

“Through the PBIS program, we’re reinforcing students’ behavior positively,” Spina said. “We have a 99% school suspension rate where 99% of our students have not been suspended.

“We also have four counselors and a social worker on staff,” Spina added. “We’re a very well rounded school, that although instruction is what we’re noted for, without the real solid base of social emotional health, learning, and culture, I don’t think we could have reached all of his instructional goals.”

Spina said that he’s proud of the accomplishments Forrest has made since being a part of Learning Network 12.

“Before the pandemic, we were awarded with what they called Two Tier improvement in the district, which was one of only eight schools of 210 schools that did that and that was for academic growth,” Spina said.

“I’m appreciative to the School District of Philadelphia and the Learning Network 12 Leadership, especially Assistant Superintendent Jamina Clay for their support of our school during our academic and cultural transformational process.

“We have a lot of good things happening here and I’m so proud of our staff, the kids and the community for rallying together because it took everyone to accomplish what we’re accomplishing,” Spina added.

At Forrest, the teachers and staff have been going above and beyond to support their students and this has been continuing through the pandemic.

“We tried to work with the same curriculum that had been successful for us, but we knew that in a digital format, it would look differently,” Spina said. “The first thing we needed to do was certainly coach up our teachers and give them professional development on how to do that work with the technology in front of them and they have been doing a great job”.

“Our attendance as a school during virtual learning has been at 95%. That figure speaks volumes and tells you a lot about the teachers and the relationships that they have created with their students.”

Spina said that in addition to professional development, teachers have also been utilizing various digital platforms.

“The teachers were going out independently and finding different platforms that worked for their age group and adapted it into their classroom,” Spina said. “We actually purchased some of the programs the teachers were using so that we can continue to use those platforms in the future.”

Spina said that what he hopes students take away from their experience at the school will be Forrest’s support system.

“One of our philosophies here is that we teach the whole child,” Spina said. “We just don’t teach the students academics, but we teach them about social issues and we support their social emotional health issues.

“I always hope that when students reflect on their time here with us that they appreciate the fact that we acknowledged their needs, made them feel safe, and that we genuinely cared about them,” he added. “If our students realize all of that when they leave here, then we’re doing a good job as an elementary school.”