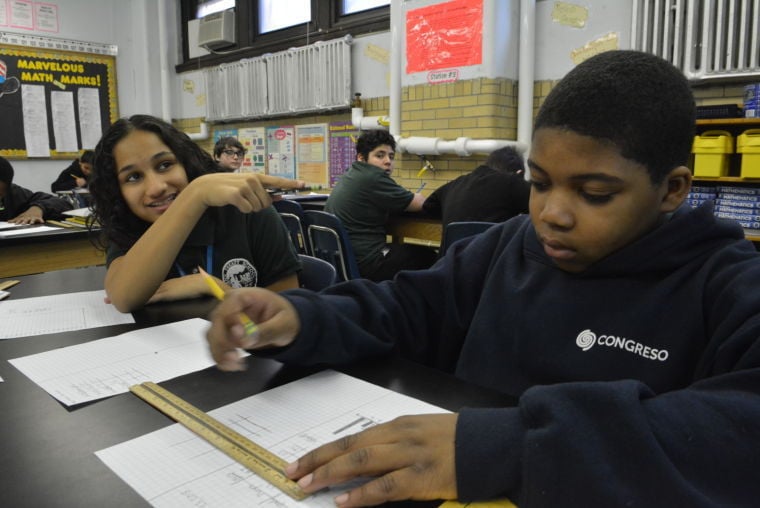 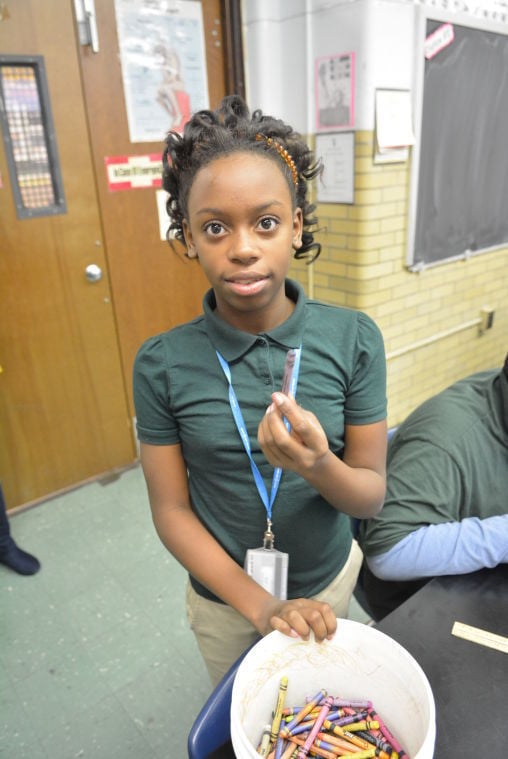 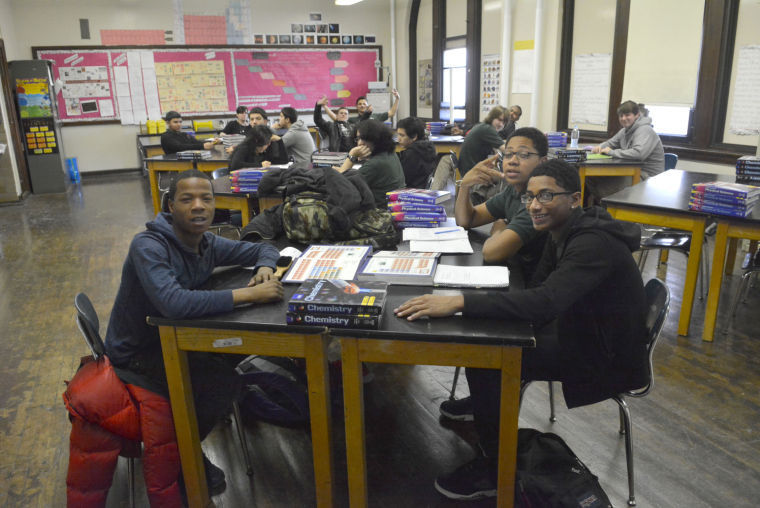 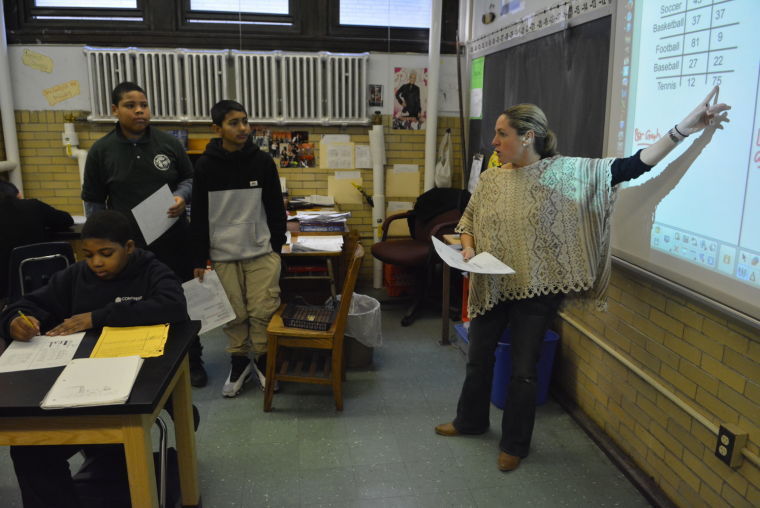 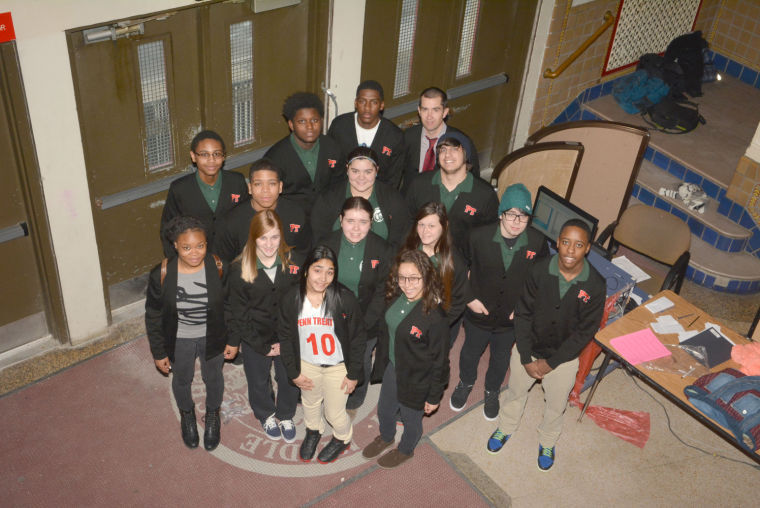 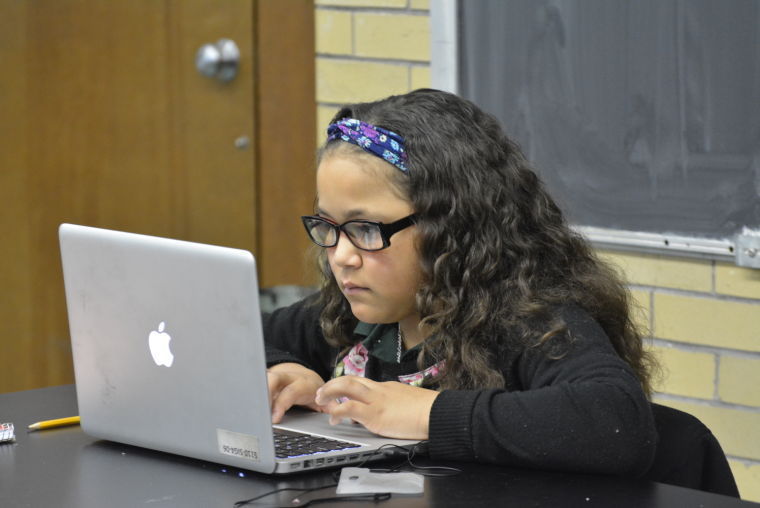 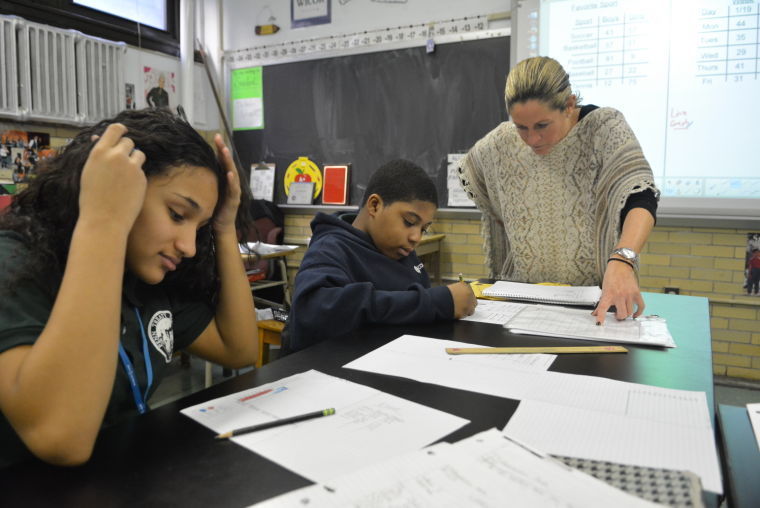 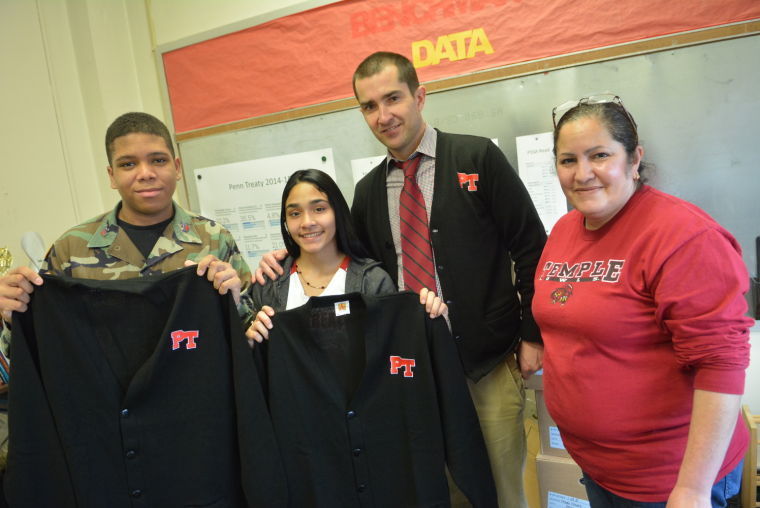 Enter Lisa Wasserman’s room at Penn Treaty School and you will see sixth-grader Courtney Quarles sitting at her desks with a notebook, worksheet and a pencil. The lesson for the day is bar and line graphs and line plots.

“Line graphs change over time and a bar graph is a graphical display of data using bars of different heights,” Quarles said. “Math is definitely my favorite subject. I love working with numbers and solving problems. Mrs. Wasserman really does a good job of showing us different ways to solve our math problems. I’ve really learned a lot from her since being in her math class.”

Penn Treaty School is located in the historic Fishtown section of Philadelphia. The school was built in 1927 and houses approximately 700 students in grades 6-12.

“What makes Penn Treaty a good school are its teachers,” said sixth-grader Tamare Watson. “I believe they genuinely care about us and are preparing us for the next level. If we need help they are willing to help. They really challenge us and that’s something that I really appreciate.”

One of the programs that is offered to the students at Penn Treaty is AVID.

“Penn Treaty was the first and only school that had AVID in the school on their own,” said principal Sam Howell. “We didn’t have an outside organization come in and assist us with AVID, because we didn’t have the funds to do so. We decided that we still wanted this program at our school, so we brought the program to the school on our own merit.

“That is something we are really proud of, because we were able to get the AVID program at our school through the hard work of our staff and teachers,” he added. “We wanted to provide our students with another opportunity and we felt as though AVID is the program that does that for us students. I’m really proud of the growth the students have shown through this program.”

Sixth-grader Angely Morales is one of many students at Penn Treaty who participates in AVID. Through her experience, Morales has become a pro at taking notes, doing tutorial sheets and organizing her work.

“AVID is a great program at my school,” Morales said. “One of the things we do the most in AVID is take Cardinal notes. The notes help us stay organized and learn our lessons in a better way.

“Since being in AVID, I’ve become a pro at taking Cardinal notes and doing the tutorial sheets,” she added. “Since being in the program, I’ve really gotten better in my other classes, because of my note taking and organization skills. I really like being in a program like this.”

There are also some great things going on in the high school aspect of the school. Students recently received black sweaters with the initials PT in red letters on it. The sweaters are an early gift for students being eligible to graduate. Some seniors are also already receiving acceptance letters from various colleges and universities across the country.

“I received a scholarship from Norwich University in Vermont, I also received a scholarship from the IUP program,” said senior Amsell Osorio. “I don’t think I would have been able to receive an opportunity like this if I wasn’t at Penn Treaty. Principal Howell, my counselor and my teachers believed in me and gave me advice. I’m very thankful for [my] time here and everyone who has rallied around and provided me that extra support system.”

“What I try to do is make chemistry interesting and fun,” Cobani said. “I try to give students as much information about chemistry as possible, but I also try to give them projects that makes the lessons they learn that much more interesting. My goal as their teacher is to make my students more aware of what’s going on in science and the world around them.”

For junior Jillian Leca, being at Penn Treaty has been a learning experience.

“With any school you have your up and downs, but I think we’ve grown closer together as a school through it,” Leca said. “The teachers are really supportive and really do a good job of helping prepare for the next level. Penn Treaty is a good school.”