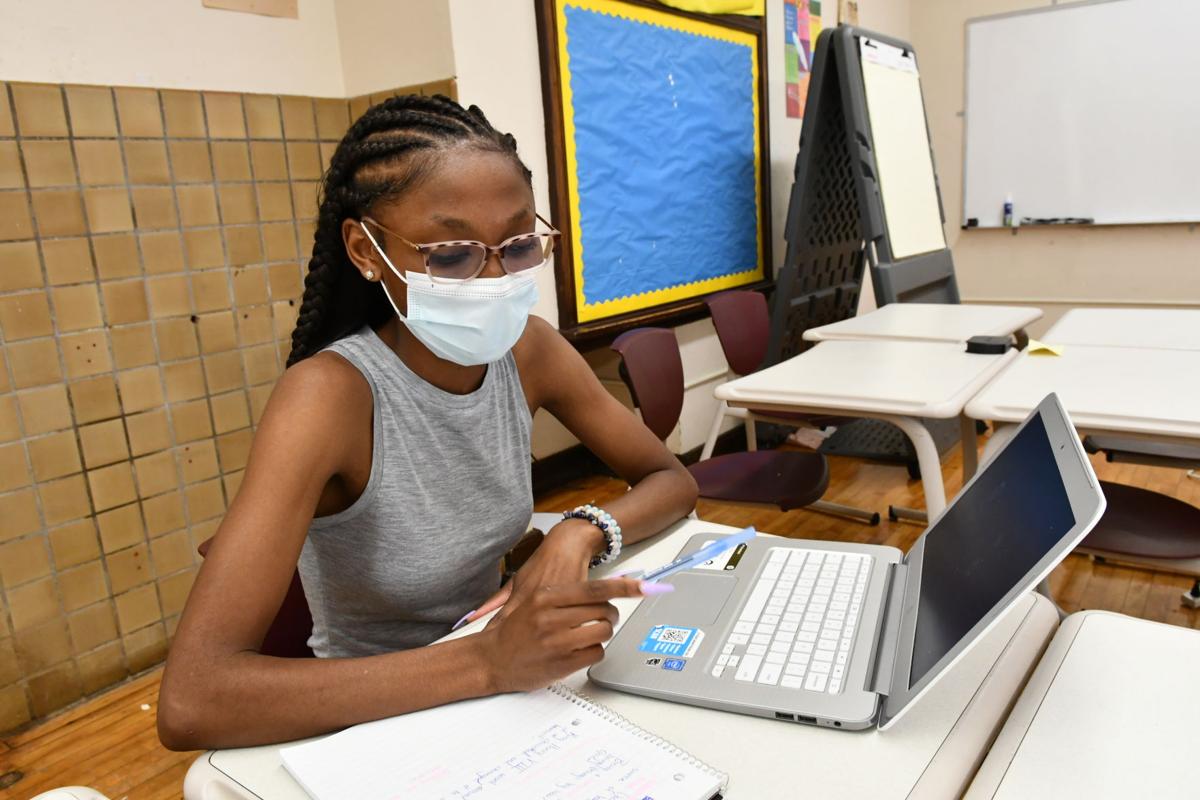 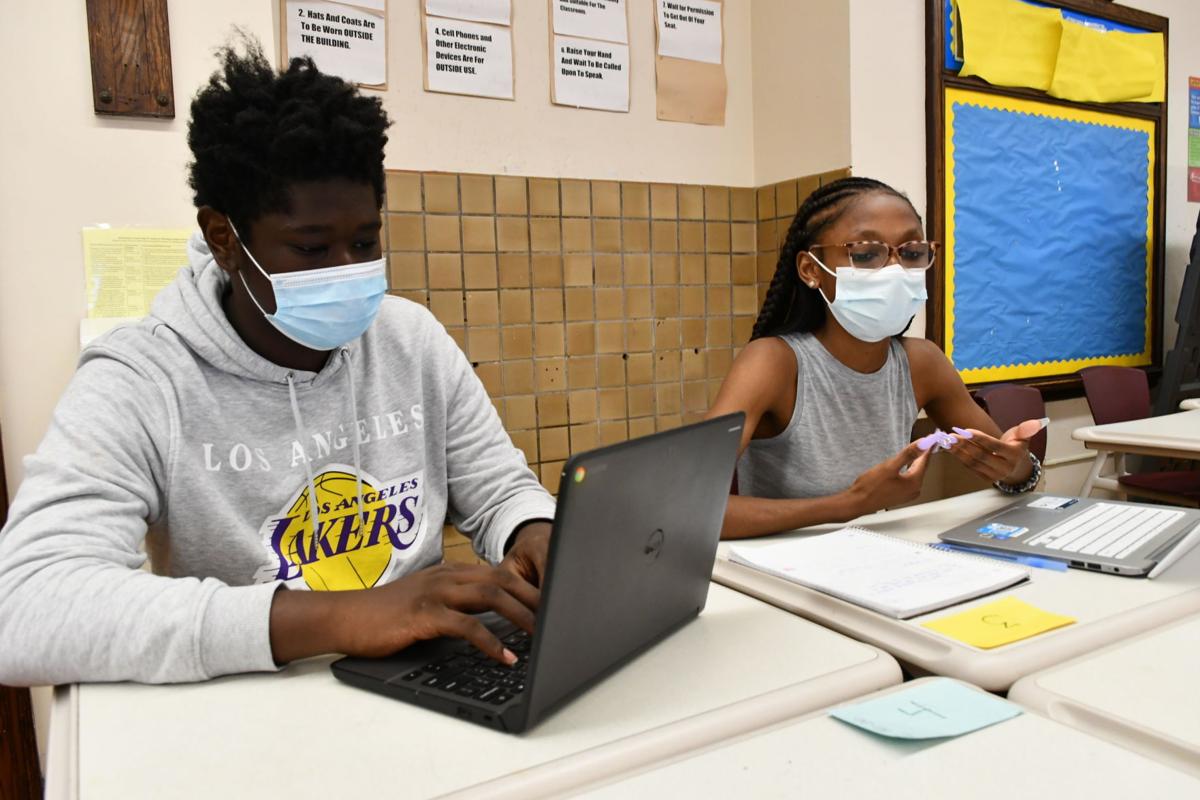 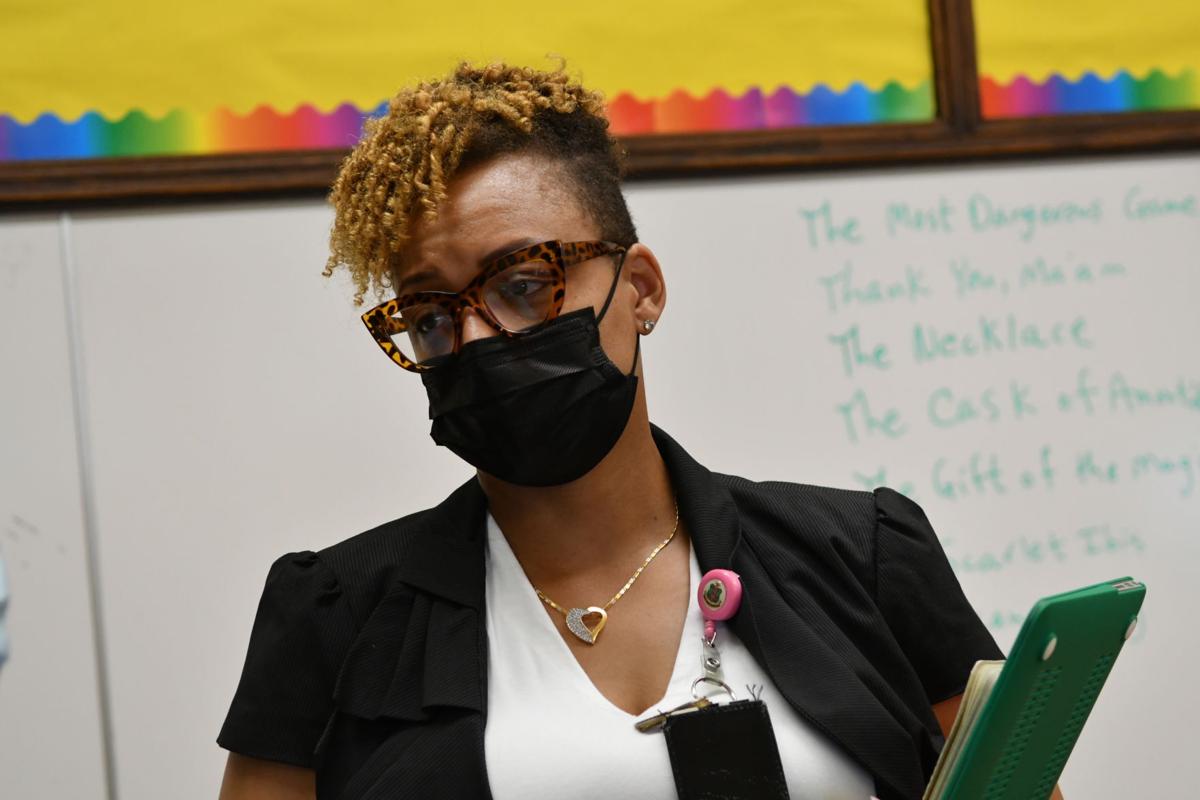 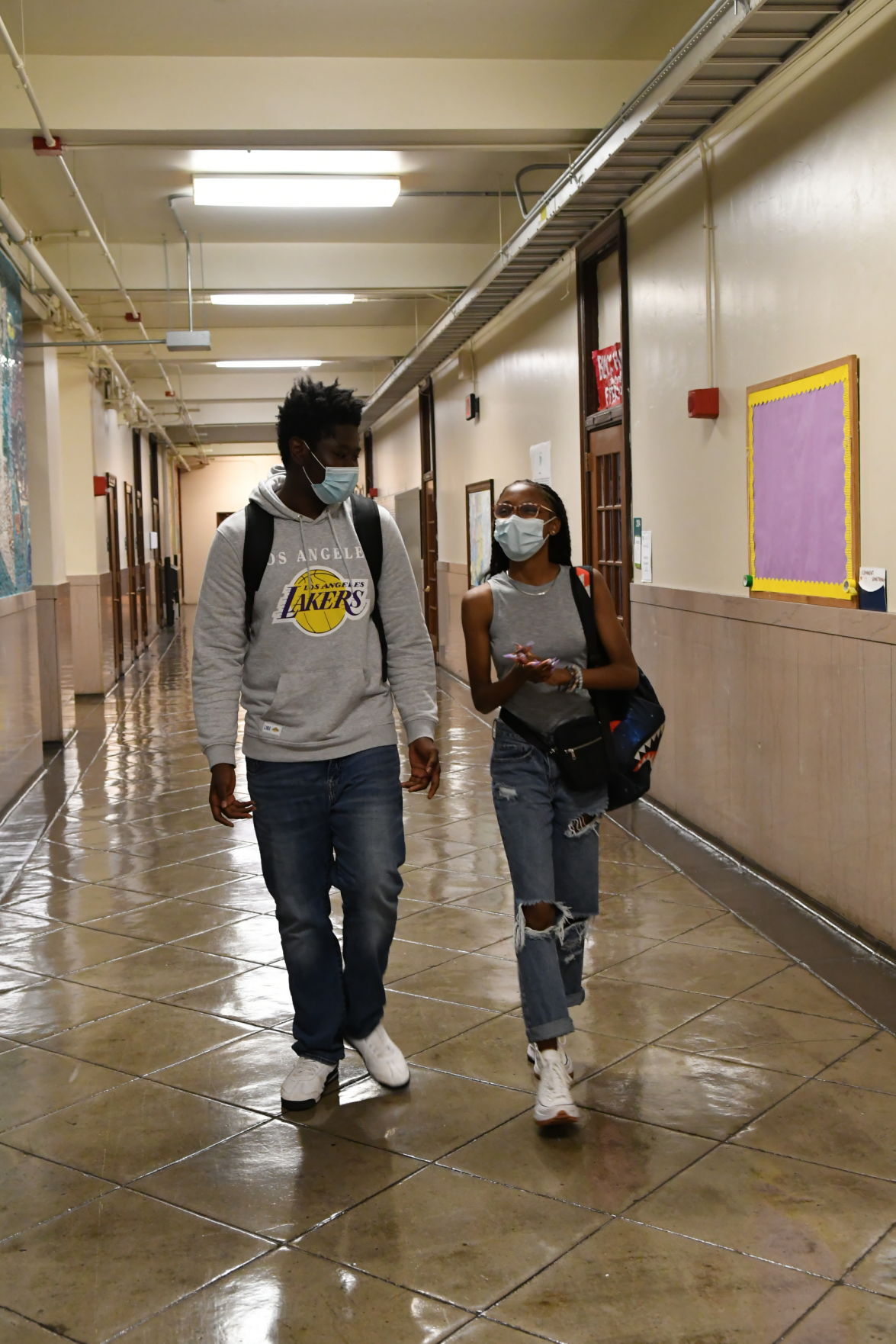 Sheriff Jallow and Ashley Pagan-Afanador talk to each other while walking down the hall at Palumbo. 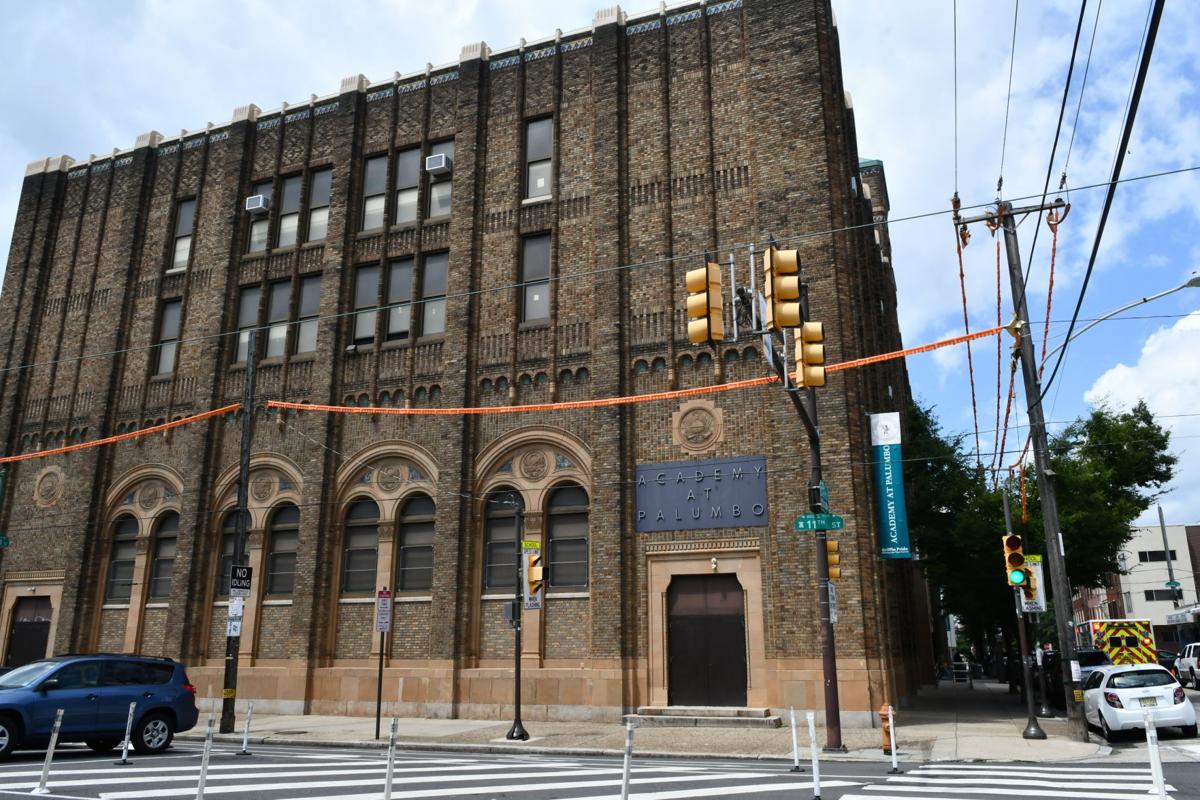 Academy at Palumbo at 1100 Catharine St. offered students three options for their learning program over the summer.

Sheriff Jallow and Ashley Pagan-Afanador talk to each other while walking down the hall at Palumbo.

Academy at Palumbo at 1100 Catharine St. offered students three options for their learning program over the summer.

Thousands of students in Philadelphia took advantage of the expanded summer learning program.

The program was to prepare students for the new school year after being out of the classroom during much of the coronavirus pandemic.

Through partnerships with the City, the School District of Philadelphia and local organizations, summer learning combined project based-learning with extracurricular programming.

The programs, which lasted five to six weeks, took place in-person at schools throughout the city for students in grades K-12.

Through a partnership with the school district, the City provided opportunities through “PlayItSafe,” an initiative that connects children, teens, and families with summer activities. The City also offered students summer jobs.

Over 2,000 School District of Philadelphia and out-of-school-time providers supported the students.

“The overall program went well,” said Ali Robinson-Rogers, executive director of the district’s Office of Post-secondary Readiness. “We never tried to provide a program this extensive and integrated before, so while this was new for us this is something we definitely want to continue to do in the future.”

At Academy at Palumbo, students participated in three main programs including Summer Bridge, Quarter 5, and credit recovery. About 165 students attended the program at the high school in the Bella Vista neighborhood of Philadelphia.

“The Summer Bridge program offered rising students from eighth to ninth grade, and tenth grade students, some additional support in the areas of English and mathematics,” said Kristin Williams Smalley, assistant principal at Academy At Palumbo. “Just bolstering what they know will help them with the transition into high school because the ninth graders have never been in high school either.

“Our Quarter five program was designed for students that weren’t successful in classes in mathematics, English, science or social studies during the regular school year,” Williams Smalley said. “Attending this program allowed them the opportunity to gain those credits.

“High School is credit based, so they had to get credits in certain areas in order to graduate,” she added. “Our credit recovery was for students that may have failed a class in the previous school year. This program helped students get back on track to graduate.”

Palumbo teacher Ronald Paulus taught English II and drama over the summer. Paulus said both of his classes were for students who needed English II or arts and humanities credits.

“In my English class, we explored literature through the idea of community,” Paulus said. “The final project was a quilt that represented communities reflected in their school community.

“In drama, we focused on one act plays,” Paulus said. “They learned about projection and fiction. Through the dramas, students looked at two critical lenses including the feminist lens and visual inequality.

“We also studied two critical themes which were race and gender throughout everything that we read,” he added. “The final project in my drama class was the class writing a play together.”

Sheriff Jallow, who will be a freshman at the Philadelphia Military Academy praised the teachers during the summer learning programming.

“The teachers I had during summer learning were amazing; they really made learning fun,” Jallow said. “They worked with us and encouraged us to do better. I learned a lot in that short period of time.”

Palumbo senior Ashley Pagan-Afanador, participated in Paulus’s English II class. She said while her experience in the program was good, she’s really looking forward to the upcoming school year.

“I’m so excited to be learning in the classroom again with other people,” Pagan-Afanador said.

“I’m looking forward to seeing my friends and talking with my teachers and administrators,” she added. “I’m just really excited about my senior year.”