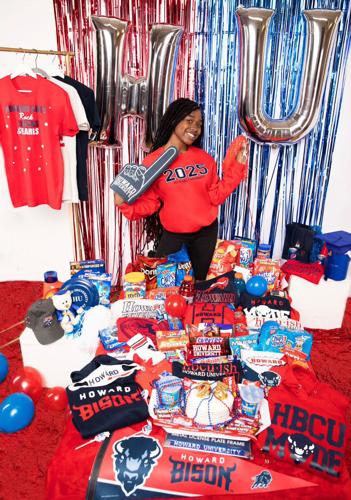 Gates Scholar and Bodine High senior Akayla Brown shows off her Howard University swag. She will attend the HBCU in Washington, D.C., in the fall. — Submitted photos 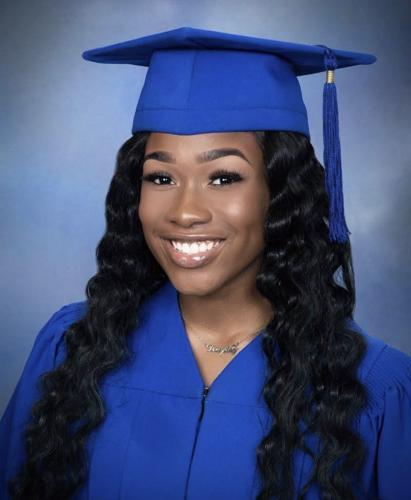 Akayla Brown will be graduating from Bodine High School for International Affairs and attending Howard University in the fall. She was recently named a Gates Scholar. Brown, 18, was one of over 34,000 applicants for the full-ride scholarship. —Submitted photo 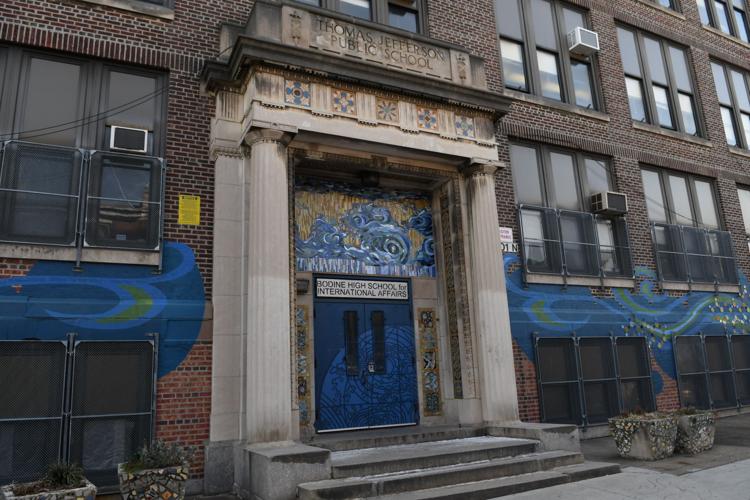 Gates Scholar and Bodine High senior Akayla Brown shows off her Howard University swag. She will attend the HBCU in Washington, D.C., in the fall. — Submitted photos

Akayla Brown will be graduating from Bodine High School for International Affairs and attending Howard University in the fall. She was recently named a Gates Scholar. Brown, 18, was one of over 34,000 applicants for the full-ride scholarship. —Submitted photo

Highly sought-after Gates Scholar and Bodine High School senior Akayla Brown has chosen which college she will be attending in the fall.

Brown, who applied to more than 25 universities, including several historically Black colleges and universities (HBCUs) and Ivy League schools, will be attending Howard University in Washington, D.C.

“I love the feeling of being around my own people and the community,” Brown said. “In my heart, I always knew that being at a HBCU was where I belonged.”

Brown, who will major in international business, said what drew her to Howard was the location and the business program.

“While school has been my main priority, so is my nonprofit Dimplez 4 Dayz,” the high school senior said. “That’s my life mission, so I can’t be too far from Philadelphia. Howard is only a two-hour drive, so I can come home when I need to. Howard is also the top HBCU for business. It was overall just a perfect fit for me.”

Brown, 18, was named one of 300 seniors selected for the highly competitive scholarship from the Bill and Melinda Gates Foundation Scholarship. More than 34,000 students applied for the prestigious award.

It is awarded to outstanding minority high school seniors from low-income homes. Applicants must be in the top 10% of their graduating class, and participate in extracurricular and community service activities, among other factors.

The scholarship covers Brown’s full cost for college including tuition, fees, room and board, books, transportation and other personal expenses for five years. Brown has also earned $2 million in awards for college.

Brown said when she first received the congratulatory letter from the Gates Foundation she was shocked and full of excitement.

“I was jumping up and down screaming. I couldn’t believe it,” she said. “When I learned that more than 34,000 students applied I had my doubts, but I believed in myself, prayed to God every day and manifested it all the way.

“Being a Gates Scholar means that my hard work paid off and that I can accomplish anything I put my mind to,” she added. “I also don’t have to worry about anything anymore except for my nonprofit and achieving everything that I want to achieve.”

In 2016, when she was 13, Brown founded the nonprofit Dimplez 4 Dayz Inc. The youth-led organization that utilizes community events to address issues like homelessness and food insecurity.

The teenager hosts back-to-school drives, caters events for those dealing with homelessness and recruits other young people to assist with her efforts.

Since its inception, Brown’s organization has supported more than 10,000 families in Philadelphia through various community outreach programs. She has also partnered with other groups to build youth programs to facilitate positive change within families and communities.

“We have all sorts of programs for the community and everything that we do is youth-led,” Brown said. “At every event, not only are you going to leave with a smile on your face, but the youth are going to be the ones putting in the work.”

“We help them with their resumes, give them mock interviews, and provide apparel for interviews,” Brown said. “We just want to show them a different lifestyle while being able to incentivize them for everything that they’re learning.”

Brown said she will be opening up a community center in West Philadelphia by the end of May.

“It will be our headquarters,” Brown said. “I have the property already, we just have to finish doing everything.”

A native of Southwest Philadelphia, Brown is currently a student at William W. Bodine High School for International Affairs. She has a 4.19 GPA and is class president. Prior to going to Bodine, Brown was a student at Laboratory Charter School.

“I’m not the best test taker, so I didn’t do well on my PSSAs,” Brown said. “I applied to several high schools and Bodine was the only school that gave me a chance. From day one, I fell in love with the school.

“We’re a small school, but we’re doing some amazing things here,” she added. “The teachers really connect with us and they go out of their way to help you. They’re always there for us. We’re really just a family here. We push each other to be better. We all want to succeed.”

“She loves her community and her city,” her mother said. “She’s a role model for the youth and she’s leaving a legacy for her siblings, cousins, friends and family. I’m excited to embark on this new journey with her.”

Next, the Gates Scholar said she plans to stay on course with expanding her nonprofit and continuing to give back to her community.

She said what she wants people to see from her story is her dedication, discipline and hard work.

“If you’re disciplined enough to go after what you want and work hard, there is nothing stopping you from achieving your dreams,” Brown said.

When William W. Bodine High School for International Affairs senior Jasmin Dluzniewski was looking at high schools to attend a few years ago, …