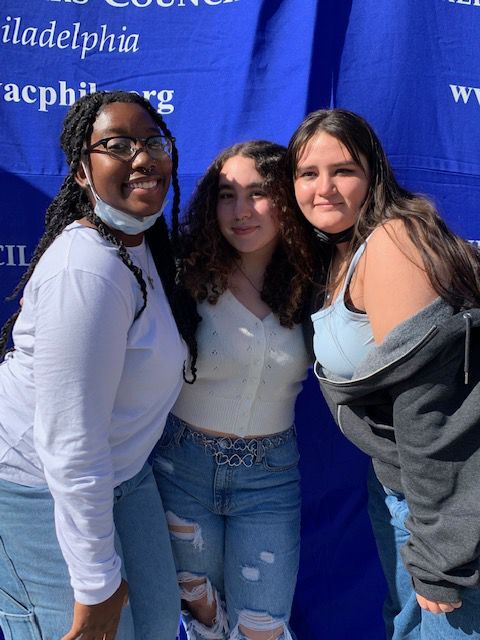 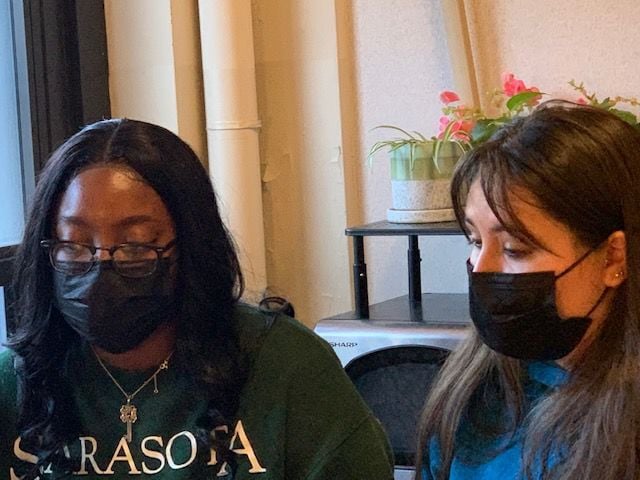 Seniors Bryanna Massaquoi and Jasmin Dluzniewski during a Zoom meeting. 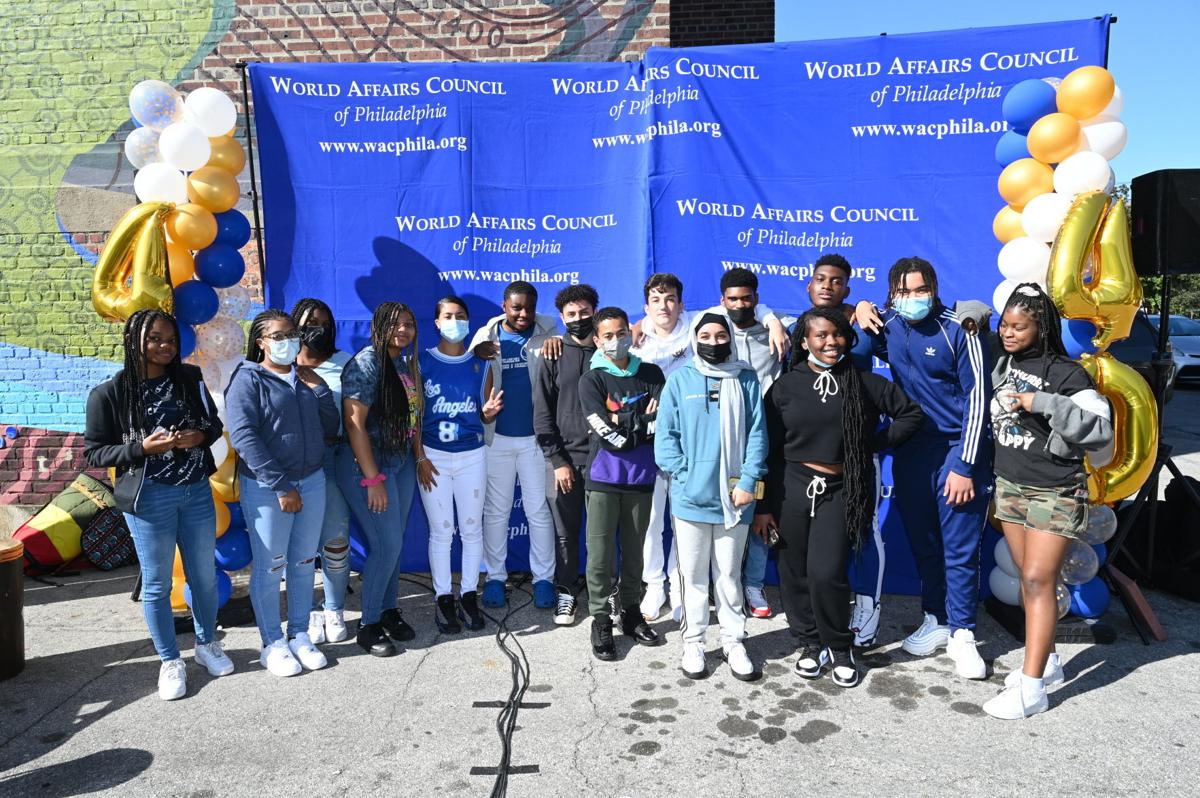 Bodine students at the birthday party celebration commemorating the 40th anniversary of the high school in October. 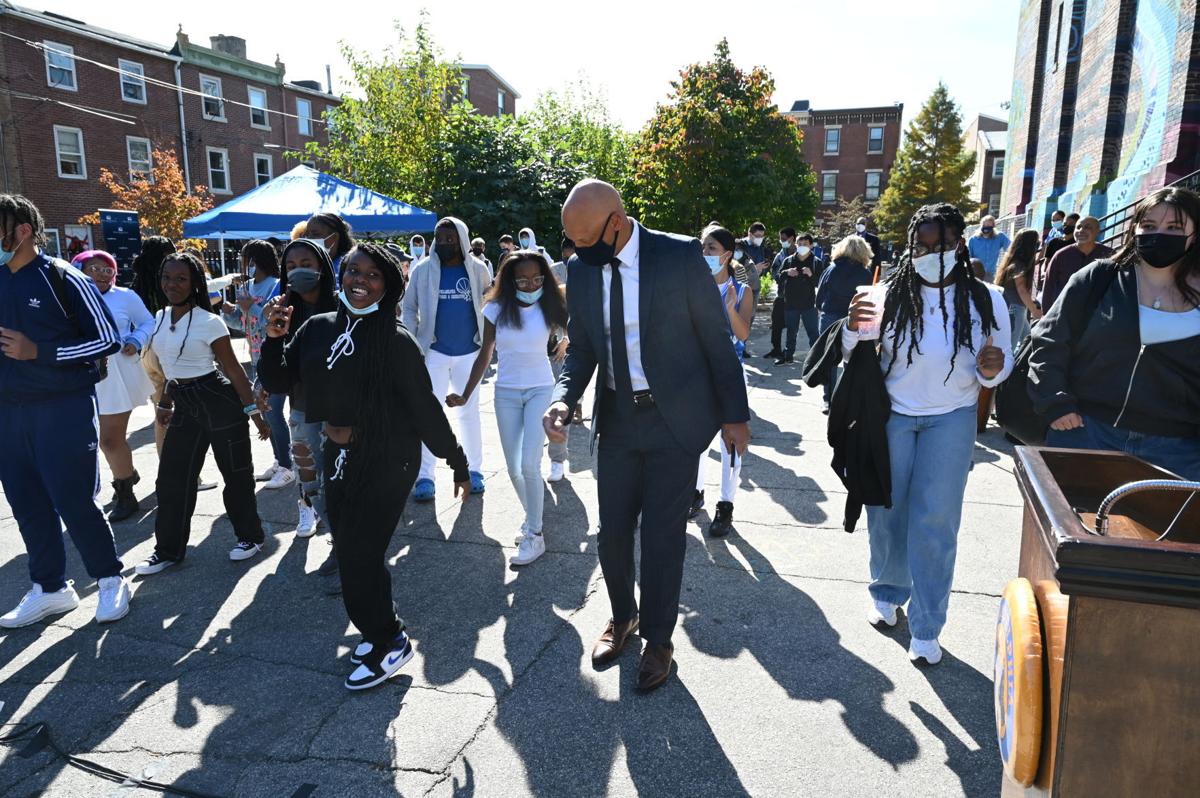 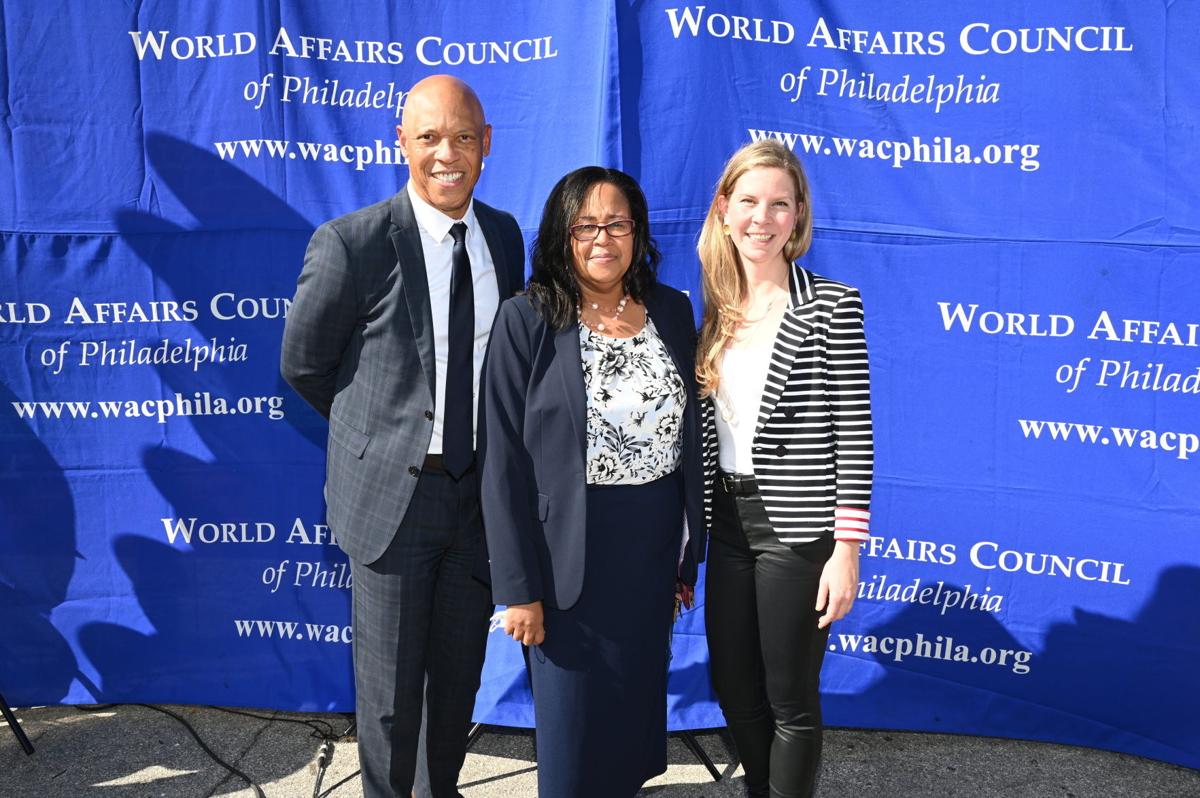 Seniors Bryanna Massaquoi and Jasmin Dluzniewski during a Zoom meeting.

Bodine students at the birthday party celebration commemorating the 40th anniversary of the high school in October.

William W. Bodine High School offers students an experience that expands their knowledge of global issues, challenges them in academics, raises awareness on social issues while preparing them for their future.

“Bodine is a small school, but also a school where you can build so many different relationships,” said senior Jasmin Dluzniewski.

“We have great teachers and staff who are supportive and do a great job of preparing us for the next level,” she added. “We also have a lot of programming and activities. Bodine is just a great school.”

The magnet school is the first public high school to be co-sponsored by a private world affairs organization. The school, which has 611 students, celebrated 40 years in October.

“Through the partnership with the World Affairs Council, I’ve really seen students take a leadership role when it comes to the school and their education,” said third-year Bodine principal Michele Wilson-Dawson.

“I’ve seen it in the way they carry themselves and through the way they speak and act,” she added. “I’m just so proud of all of our students and the hard work they have done at the school.”

“The IB program is an opportunity for students to engage in a college level curriculum,” said International Baccalaureate Diploma program coordinator and English teacher Kelli Mackay.

“Students can also pursue an internationally recognized diploma in addition to the School District of Philadelphia diploma,” she said. “Every year, we have a small group of students who are on that path. The program overall promotes global citizenship and rigorous academic study.”

Mackay said students who participate in the program have gone on to do some amazing things in the world.

“I meet the students at the end of the 10th grade to interview them for the IB program and to get them acclimated to the program itself,” Mackay said.

“The program has opened a lot of doors for our students.

“We have students who have studied all over the world at top tier universities,” she added. “It’s really amazing to see the students’ transformation in this program.”

Jasmin is a full-time IB student at Bodine. She is also the vice president of the World Affairs Club.

“I’ve taken IB classes for my junior and senior years,” Jasmin said. “I’ve had the same teacher for two years in a row and that has really allowed me to get to know that teacher and have a better understanding of their teaching style.

“One of the classes that I really enjoyed is our Theory of Knowledge class, which is similar to a philosophy class,” she added. “It’s been a lot of fun for me to talk about topics that have to do with other subjects.”

“The council has given us a lot of opportunities to learn about different cultures, especially with the extension of Model UN,” Bryanna said. “We talk about different situations going on within the world.

“We also got to make our own program within the World Affairs Council that Jasmine, myself and a few other students are a part of, however we’re the presidents of that,” she said. “We started that program last year.

“We talked about things that were going on in the community as well as the international level,” she added. “We are connecting on a student level rather than a mentor student level.”

Among Bryanna’s most favorites volunteering events in the World Affairs Council is the Day of the Dead.

“I participated in three of those events and it was so much fun,” Bryanna said. “We got to bond with the kids in schools. It was just so festive, learning about their culture, hearing music, seeing artwork, it was just, it was just amazing.

“It was just another way to immerse ourselves in different cultures through various activities,” she added. “It was also my first volunteer opportunity, so seeing that made me want to go deeper into the World Affairs Council.”

Wilson-Dawson said what she wants students to take away from their experience at Bodine is how important it is to be a global citizen.