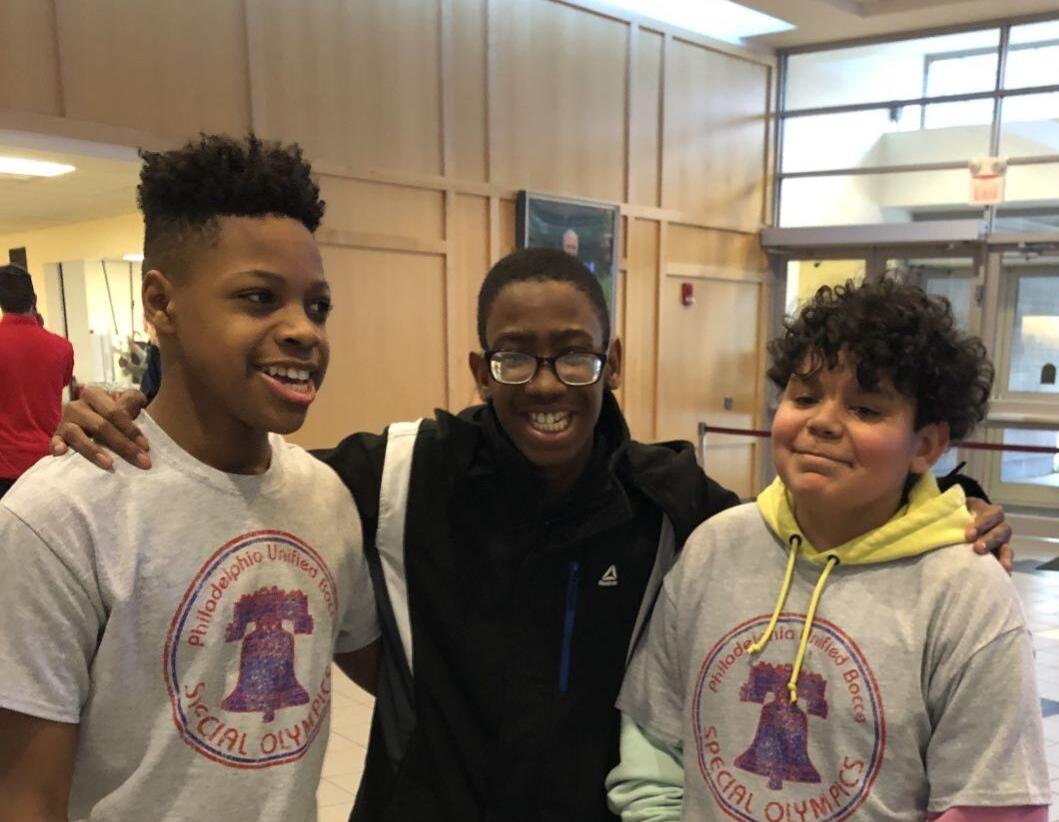 Baldi students stand together in the hallway. —Submitted photo 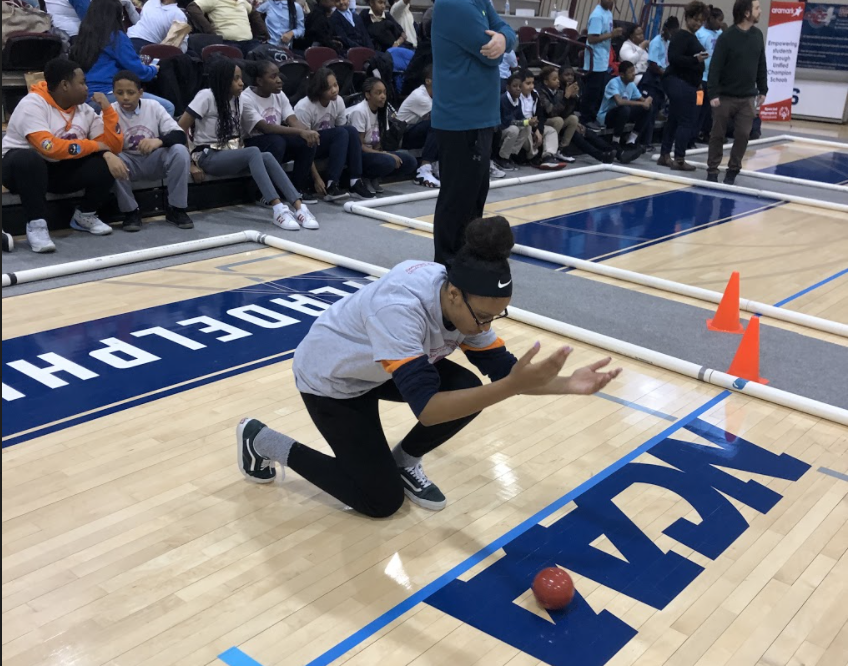 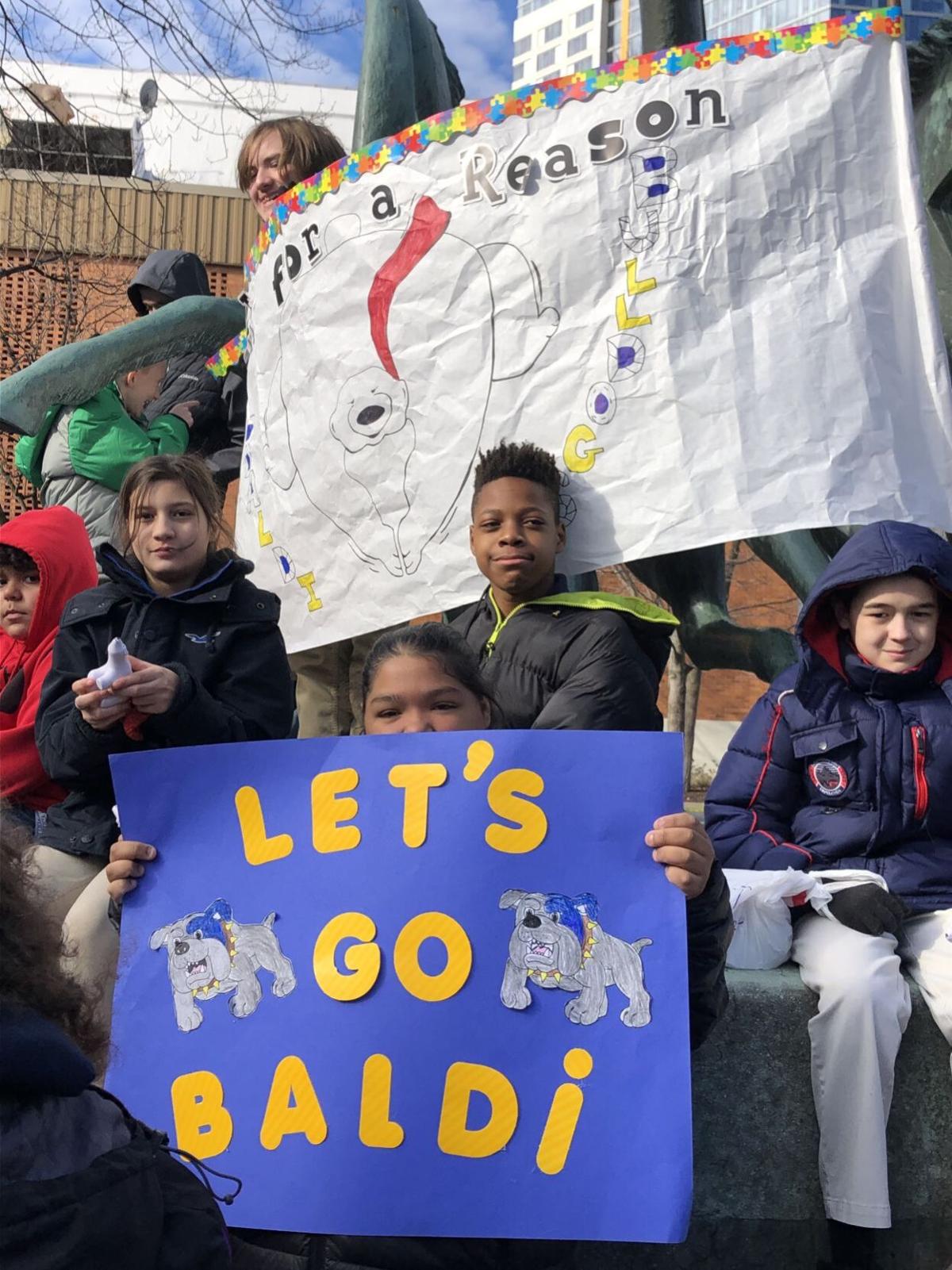 Baldi students cheer on their teachers during the polar plunge. —Submitted photo

Baldi students stand together in the hallway. —Submitted photo

Baldi students cheer on their teachers during the polar plunge. —Submitted photo

Baldi, at 8801 Verree Road, recently received the national honor for its programs directed at fostering social inclusion. At least 10 schools statewide and 121 other nationwide were honored along with Baldi.

The school will celebrate this special honor with a virtual ceremony Dec. 10.

“At Baldi, we have a full range of intensive learning support classes,” said Baldi principal Luke Hostetter. “To be able to have a program that is inclusive of all students, regardless of ability is really special.

“And to have a recognition like this is a testament to the hard work of our staff because they were able to build systems in our school that include all of our students,” he added. “We’re thrilled and honored to receive this award.”

Baldi is among the largest middle schools in Philadelphia with nearly 1,500 students. About 15% of the student population are special needs students.

To help enhance inclusivity among its students, the school created the Baldi buddies, a program where eighth-grade students meet every other day with students in the school’s low-incidence special education classrooms.

“We specifically rostered that program into our schedule,” Hostetter said. “Students who applied for the program had interest in working with students with special needs. We also rostered and scheduled our students to be a part of our regular education health and PE program, which means all students are taking health and PE together.”

Student Tamir Riley said he enjoys participating in the different activities through the Baldi buddies program.

“We’ve done things like bocce ball, glow in the dark bowling and ice cream socials,” Tamir said. “I was in Mr. Hawkinson’s cooking class. I love to cook, so that was a lot of fun. We’re always doing something new and exciting in the program.”

“The most unique thing about the buddies program is that students who are participating want to be a part of the program,” Falcione said. “I’ve had students stop by my classroom just to say hello to their buddies. It’s a beautiful thing to see.

“The majority of my students do attend one or two inclusions classes academically,” she added. “As a teacher when my students are ready, I don’t like to hold them back. I support them in any way possible.”

Before the official Baldi buddies program was implemented at the school, life skills teacher Donna Matthews said she always had general education students come into her class.

“I had the students in my class doing arts and crafts and cooking lessons with my students,” Matthews said. “I’ve always tried to incorporate the other population into my classroom because I think they get as much out of it as my students.

“At the same time, my students’ self esteem is built,” she added. “They feel more accepted and it builds their confidence. I always liked to mix the population so that everyone could get something out of it.”

“I never played bocce ball before, so my first time playing was at Baldi,” said student Emily Farley. “It was interesting to learn all the different rules. I also liked how the different ideas and methods you use could lead to your team getting the most points.”

Since its inception in 2017, the Unified Champion Schools program has promoted social inclusion in sports and youth leadership.

James Patrick Lynch, the executive director of the division of athletics for the School District of Philadelphia, said the unified sports program in Philadelphia started out with the high schools.

“In my office, we partnered with the Special Olympics Philadelphia chapter to launch a unified sports program in high schools where we have between 20-30 schools in the program right now,” Lynch said.

“In recent years, we started expanding to middle schools like Baldi because one of the big areas of being a unified champion school is the unified PE. The program itself allows us to build a continuous pipeline where a lot of kids from Baldi will continue on to George Washington High, which also participates in the unified sports program.

“To be able to have that opportunity for students who start Baldi in sixth grade and continue on through high school and to have the unified champions opportunity, whether it’s through the PE class or the unified sports program, is really a neat thing to do,” he added. “We’re hoping to duplicate what Baldi has done at other schools.”