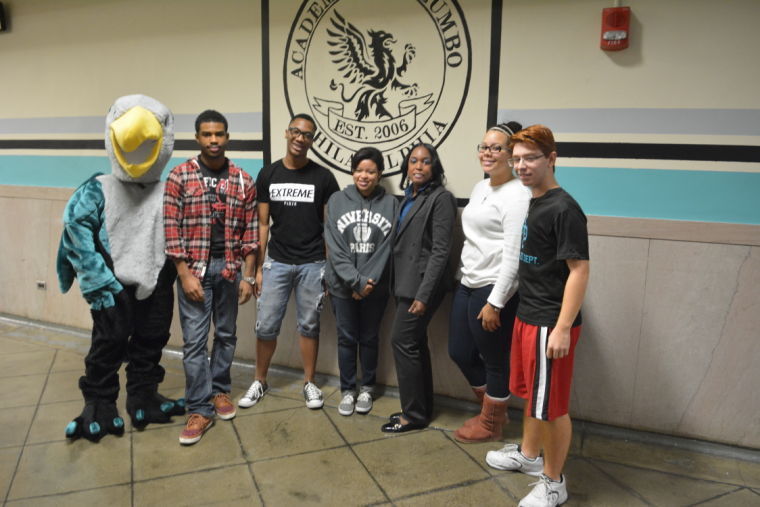 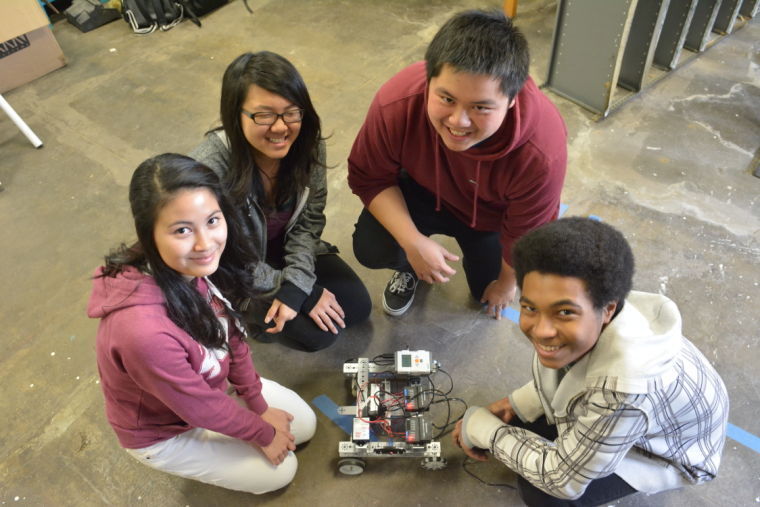 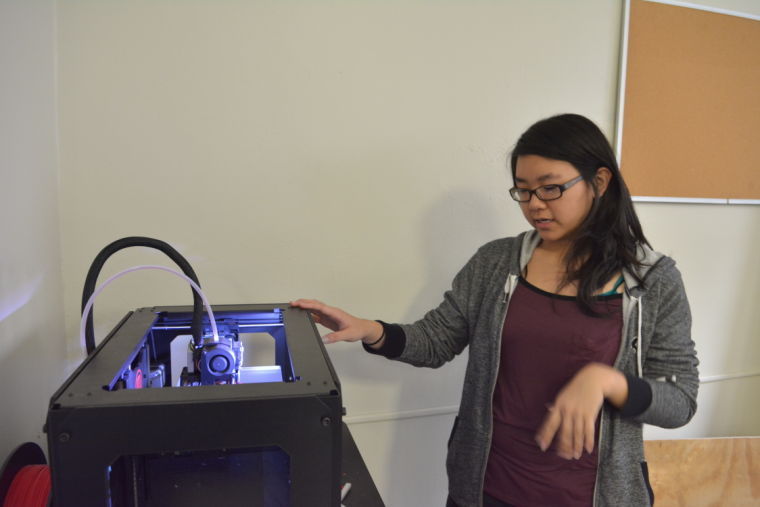 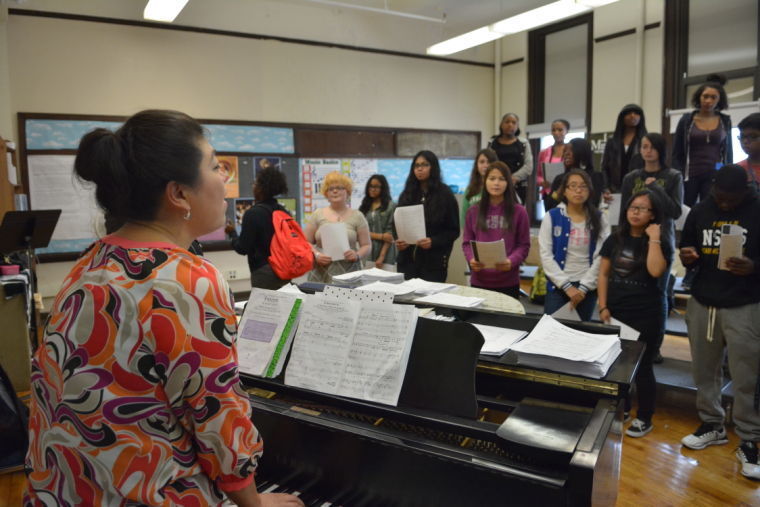 A teacher goes over a lesson in choir. 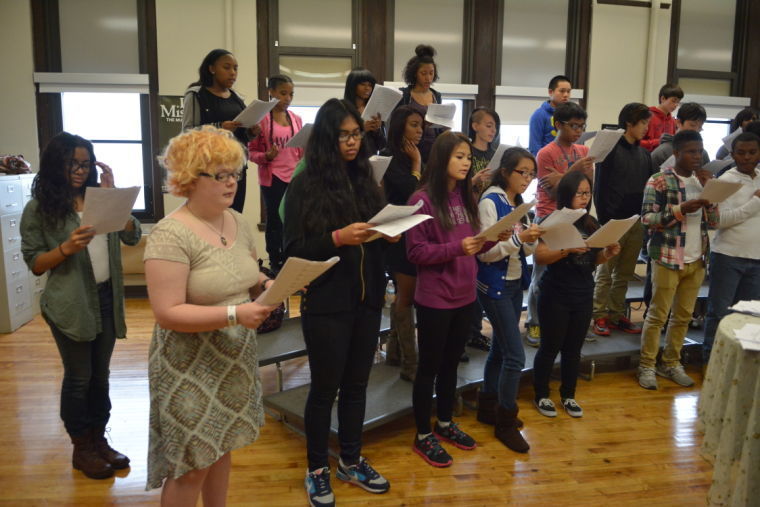 Students rehearse a song in choir. 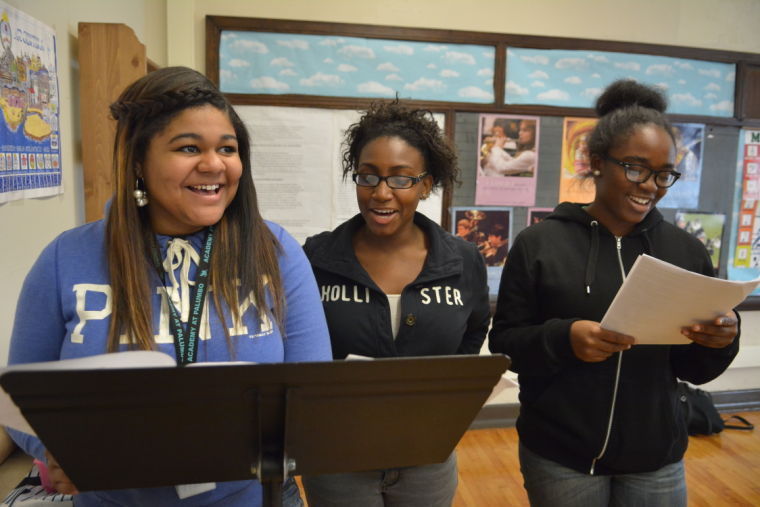 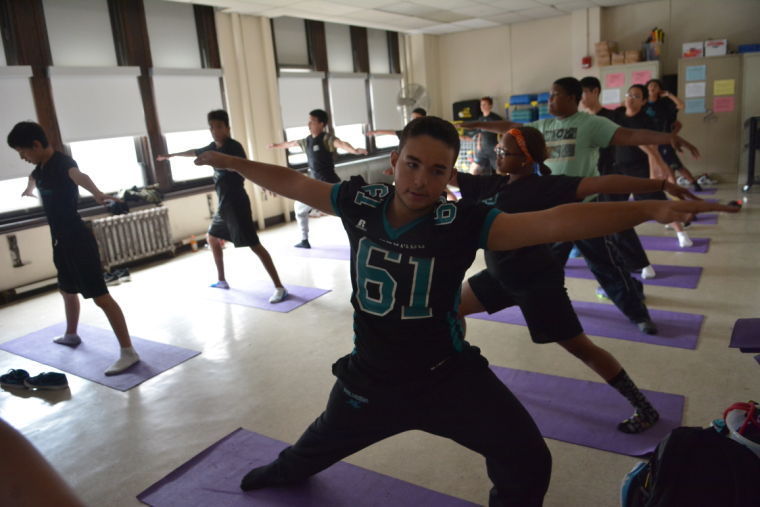 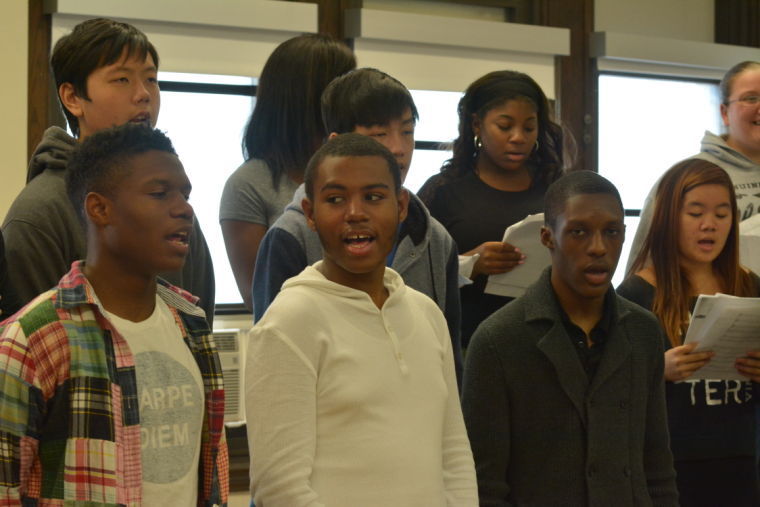 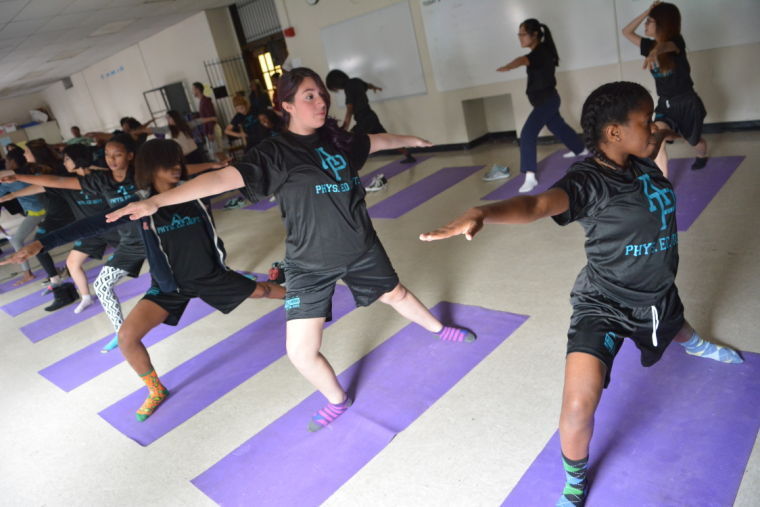 A teacher goes over a lesson in choir.

Students rehearse a song in choir.

Ranked 57th among top Philadelphia-area public schools in Philadelphia magazine in 2012 and ranked among top 25 high schools in Pennsylvania in the U.S. News & World Report from 2012-2014, Academy at Palumbo continues to have students thrive in academics and extra-curricular activities.

Opened in 2006 as a special admissions high school, the school’s intimate population of about 857 students gives a unique aspect to the school.

“One of the many things I like about this school is the intimate setting,” said junior Rasheen Dyson. “Since being here, I had a chance to broaden my horizons. I started playing the guitar and participating in drum line. I’m also in student council, orchestra and I plan on running track this year. My study habits have changed; I take great pride in my grades and keeping my GPA up. I’ve grown so much since being at Palumbo. I’m excelling in ways that I didn’t think I would.”

“The teachers really connect with us; they help us every step of the way,” said senior Anthony Grassia. “They make a personal investment in all of us. They not only challenge us academically, but also personally. The classes here are just extraordinary in that we have the AP courses and college advanced placement. Palumbo has prepared me for life. Any obstacles that come my way through my journey I’ll be able to conquer because of what I learned here.”

After sharing a football team with Furness High School for seven years, this year the school got news from the district it will be having its own team.

“We were about 90 percent of the [Furness] team,” said athletic director and PE/Health teacher EJ Goldstein. “Because of that, the school district decided to give us our own team. We were able to pick our own jersey and colors; we’re literally building the program from scratch.

“It’s really great for the school because its another way for students to show their school pride through football,” he added. “The kids are having a tough first year, but that was to be expected since it is our first year in the program. I believe the program will continue to build in the years to come and be competitive.”

Some points of pride at Palumbo include: University of Pennsylvania National Moot Court finalist, an award-winning school newspaper and 2014 Public League Chess champions. The school was also one of five grand prize winners in the national 2014 Samsung Solve For Tomorrow Contest.

“Everything that we accomplished as a school gives the students a bigger incentive of what we are capable of accomplishing individually,” said senior Eve Adkins. “We work hard; we constantly push each other to get better. Failure is not an option here. For a lot of us, college doesn’t start once we graduate — it starts now.

“In addition to Palumbo being a good school and having a great academic program, I also love that this school gives you an opportunity to explore your interests. I’m the senior class officer and participate in the poetry club, national honor society and GSA. The poetry club is my favorite because it has helped me overcome stage fright. I actually have to go on stage and recite my poems in front of other teams in the city.”

Although students are eagerly looking forward to their futures while at Palumbo, the loaded list of clubs, sports and programs helps students maintain a busy schedule. Some of the activities at Palumbo include multicultural, homework, chess, poetry, billiards, chess and studio art clubs.

“I’ve participated in so many activities since being at Palumbo,” said senior Diamond Deshields. “I’m the senior class vice president. I recently joined the key club, where I will be helping homeless people. I also participate in the Latino youth organization, cheerleading and softball.

“For me, being a part of a school that gives you so many opportunities in so many things makes it easier to learn about other people’s cultures and backgrounds. We’re not just learning in the classroom, but also through the programs and each other.”

In addition to participating in the math club and being on the robotics team, junior Diyaaldeen Whitaker has plans to start his own club at Palumbo.

“I’m currently trying to start an initiative [club] for African-American male students at the school; it will probably officially begin next year,” Whitaker said. “I came up with the concept of this club because I wanted to do something where we can talk about and address social issues. I’m a part of a program outside of school where we address issues that may be going on in the community; I wanted to do something similar to that at my own school.

“This school is so diverse,” he added. “The classes we take prepare us for college. The programs and clubs we participate in prepare us for the real world. This is really a good school, and I’m glad that I’m a student here.”