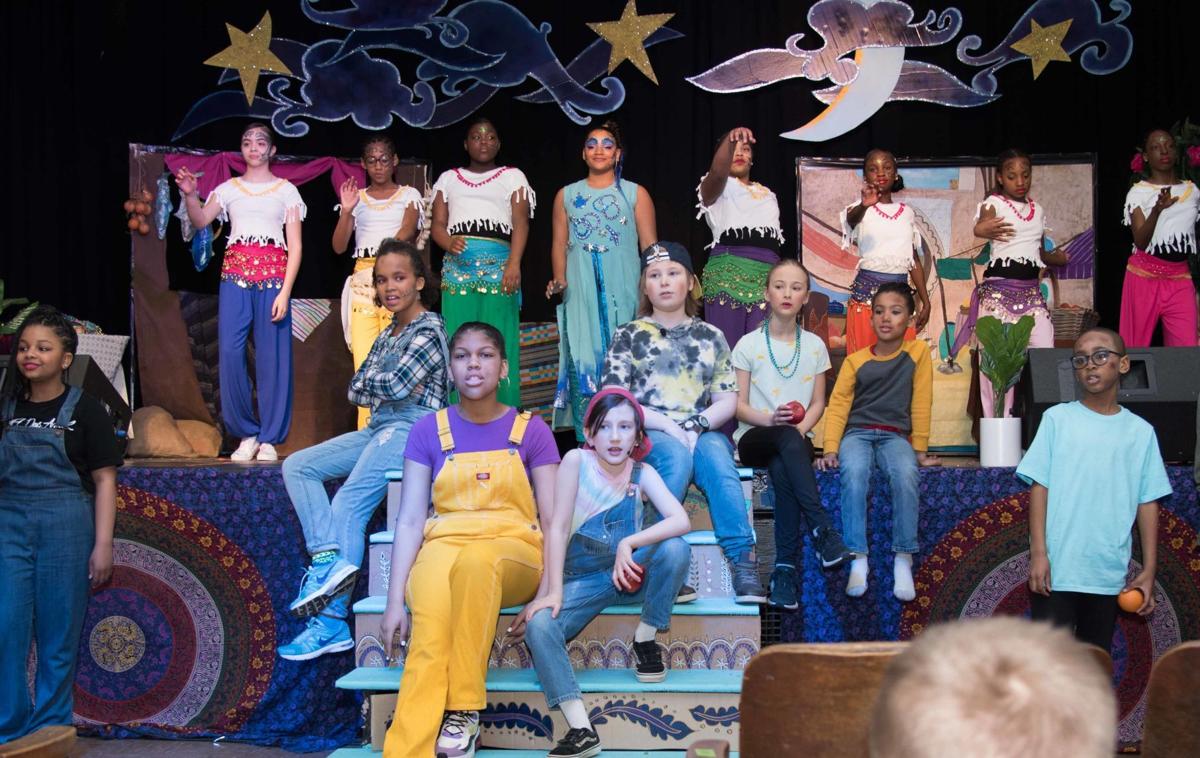 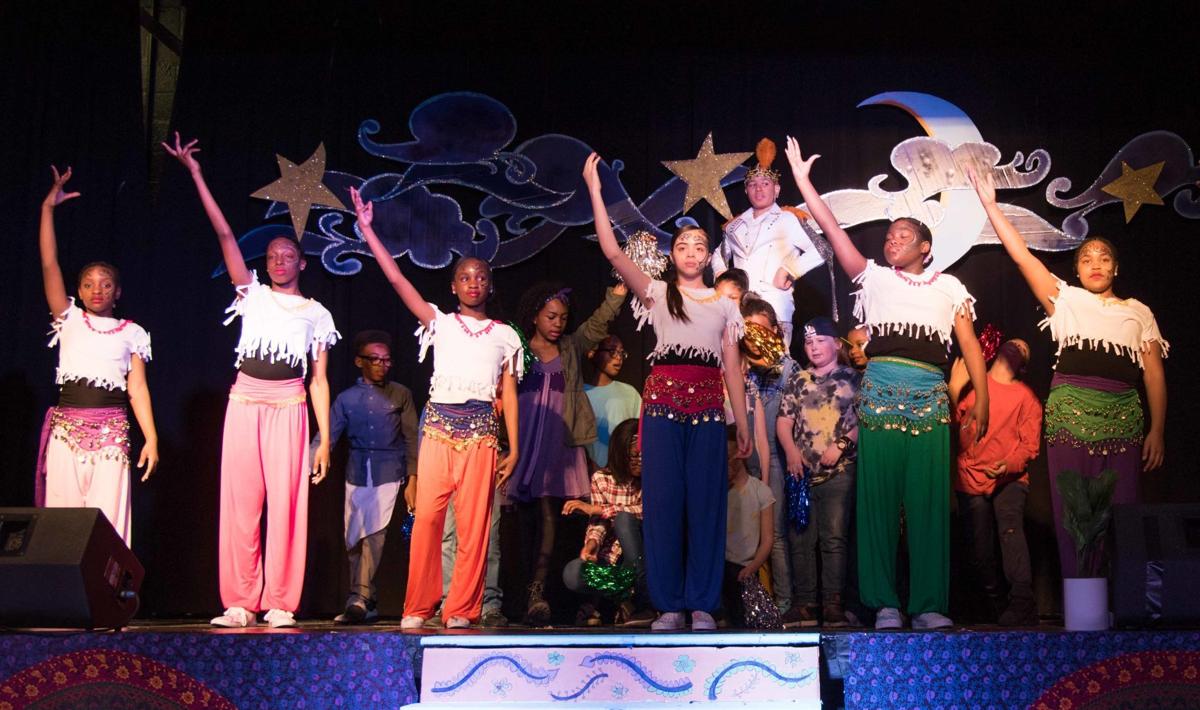 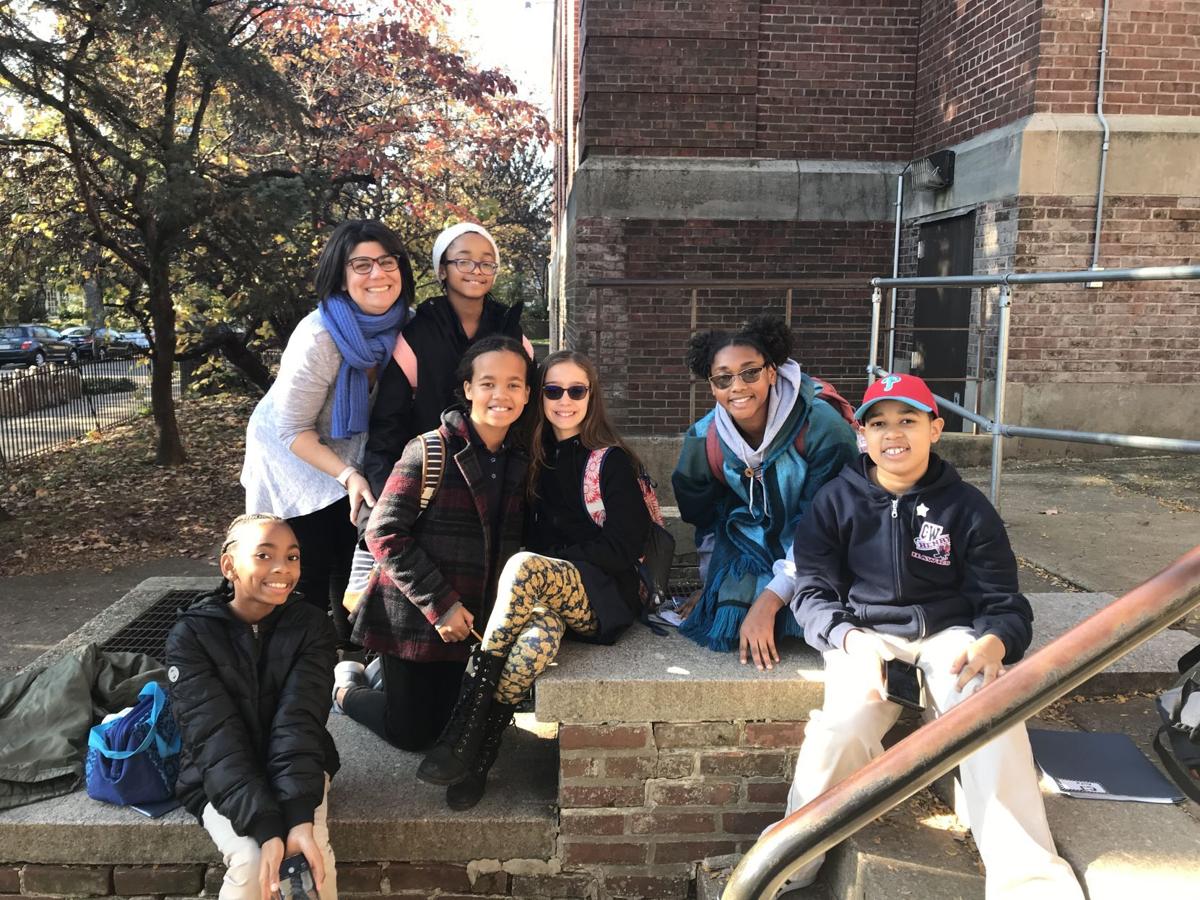 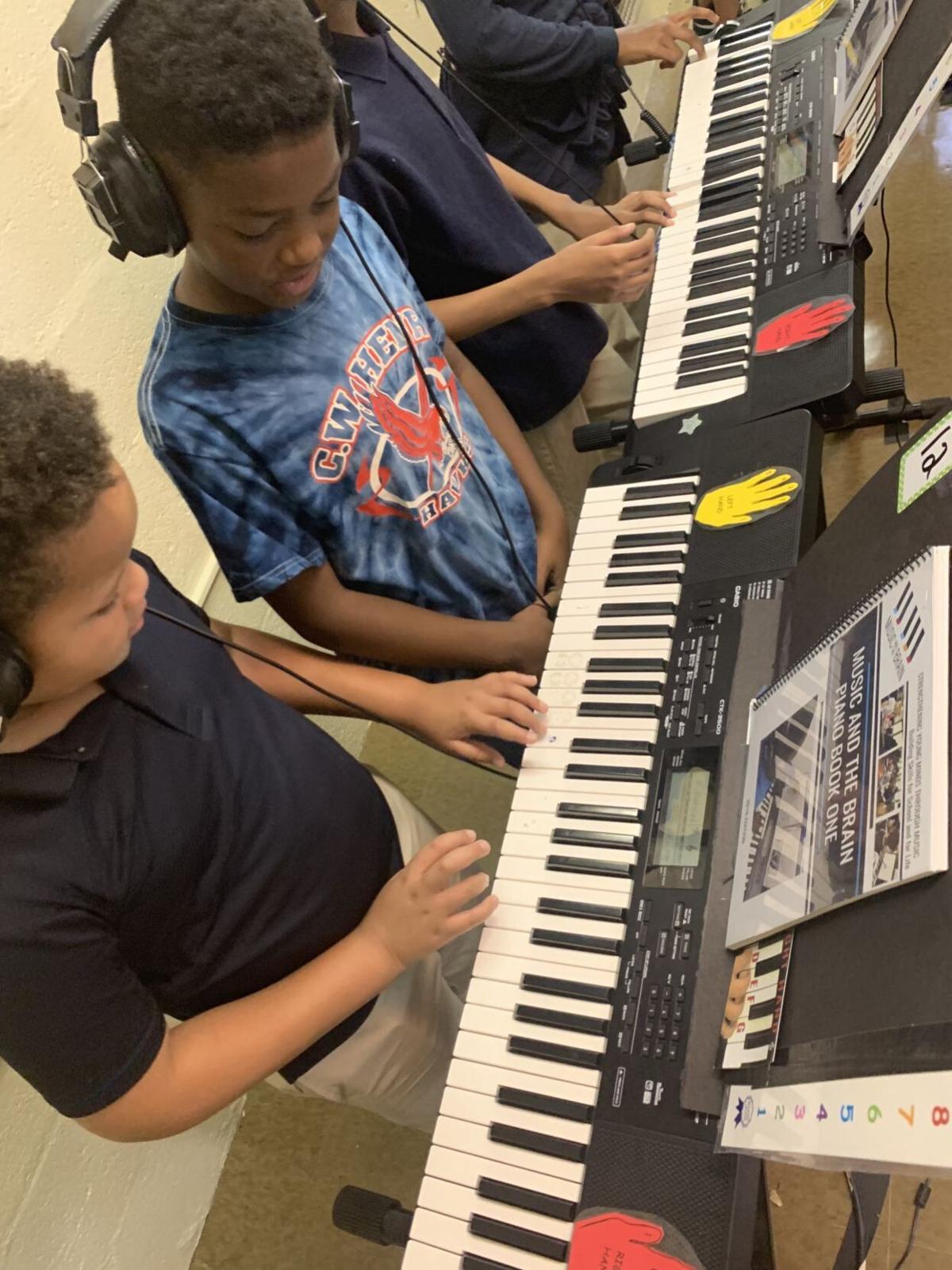 Students practicing the keyboards as a part of music and the Brain programming. 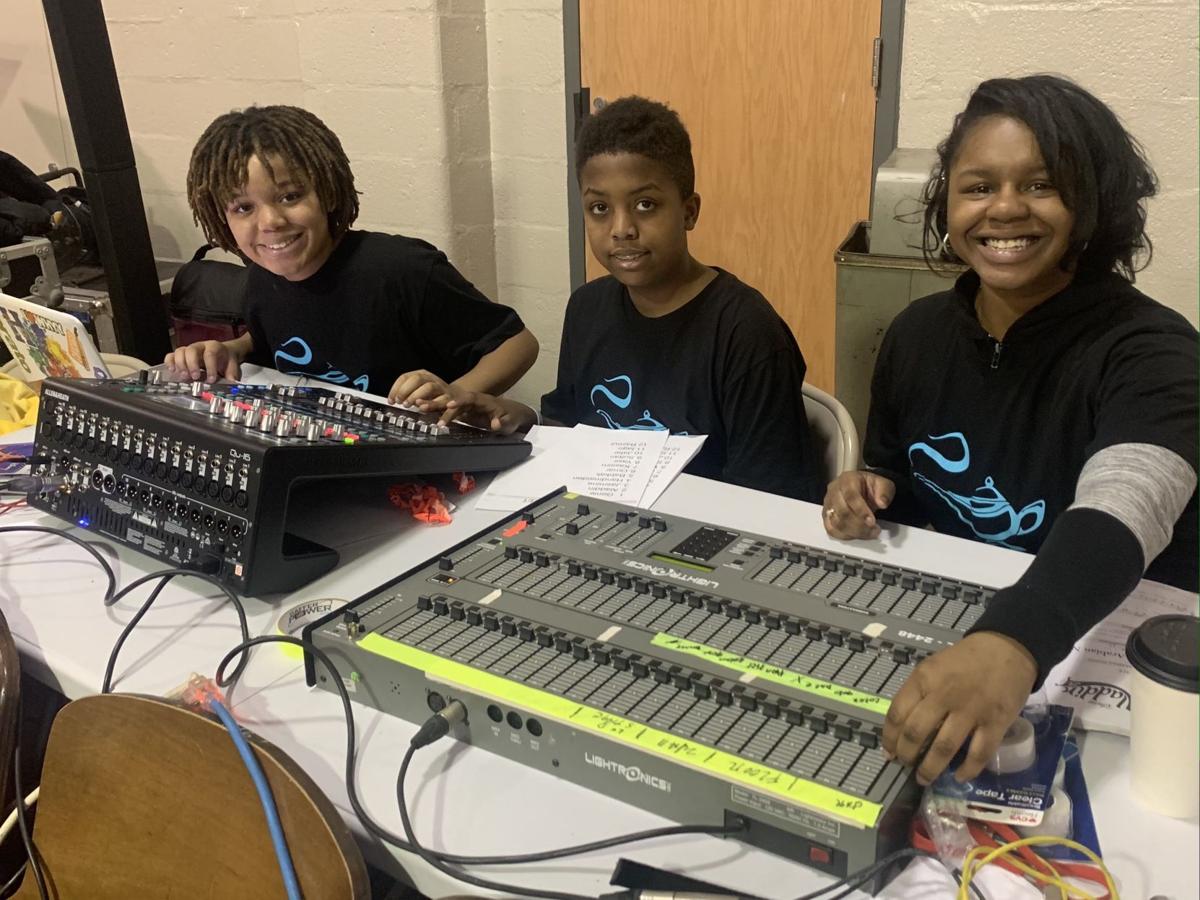 Seventh- and eighth-grade students practicing the lighting and soundboard used during the 2020 musical. 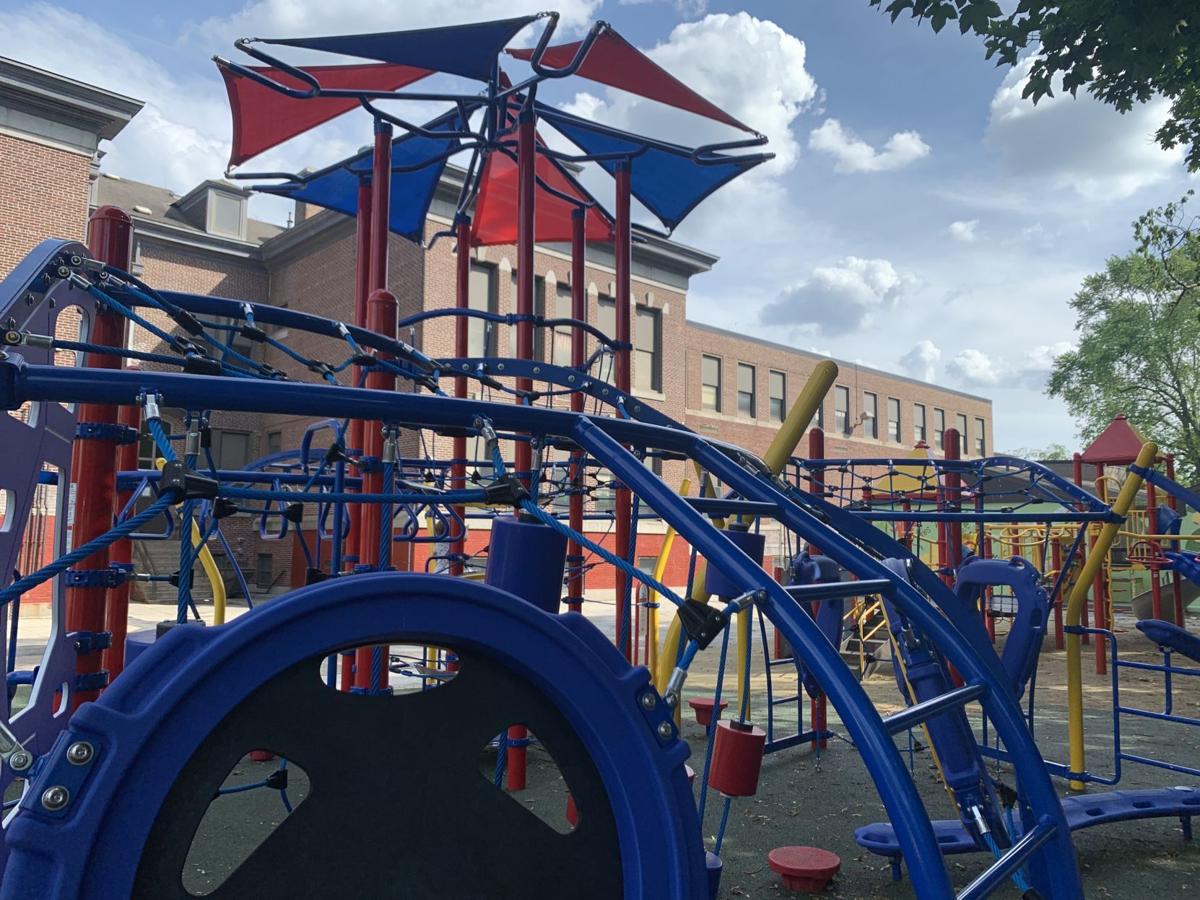 Students practicing the keyboards as a part of music and the Brain programming.

Seventh- and eighth-grade students practicing the lighting and soundboard used during the 2020 musical.

The C.W. Henry School has been at the cutting edge of education, featuring supportive teachers, strong academics and numerous enrichment opportunities for its students.

“C.W. Henry is an amazing school,” said principal Katharine Davis. “Our school is creative, has a strong academic record, and believes in creating as many opportunities as possible for our students. Many teachers at Henry have worked for 10, 15, 20-plus years. Our staff is deeply committed to our students and the community.”

At Henry, teachers and staff have been going above and beyond to support their nearly 500 students. Davis said that that approach hasn’t changed during the novel coronavirus pandemic as the school continues to have success.

“As a school leader, I believe it’s crucial to create and cultivate spaces to ask questions and listen to the feedback from parents, teachers, students, and staff.,” Davis said. “The C.W. Henry staff is incredible. They are so dedicated.

“This year they’ve worked closely in teams to plan, reflect, and adjust their approaches to virtual schooling. I believe that we’re experiencing success in the virtual setting because we are constantly reflecting on our practice and tweaking our approaches,” she added.

In 2019, Henry was the recipient of the PCCY School-Wide Arts Grant and was awarded $10,000 per year for three years to design and implement a strategic plan in response to the question, “How can the arts change your school?”

During the 2019-20 school year, the school invested the funds in their auditorium. Davis said that through the award they were able to upgrade their sound system and purchase a sound board for students.

“Now, when our school has a performance or a play, our students are responsible for the sound production,” Davis said. “In the upcoming years, we plan to continue investing these funds in a way that creates long lasting change at Henry.

“We are specifically interested in finding creative ways to engage students who may not ‘do art,’” she added. We believe that all elementary students should have access to high quality arts programming in school.”

Henry expanded its music department this school year. Led by Nicole Paulino-Trisdorfer and Terry Conrad, all students at Henry are working with both teachers.

“I’m excited to expand the music department by creating a vocal/dance studio in addition to the instrumental general music and piano lab,” Paulino-Trisdorfer said. “In my class, we will be focusing on vocal music, dance and music/dance of different cultures.

As part as core programming students have the opportunity to practice keyboard, read music, learn dance choreography, make beats, sing in choir, and join the orchestra or band.

Conrad said he is thrilled to be joining the music department at Henry and working with Paulino-Trisdorfer.

“Ms. Paulino has built a tremendous music program which has been cherished and revered by both students and parents alike,” Conrad said. “While Ms. Paulino focuses her classroom on vocal music, dance, and world cultures, I will be concentrating on modern band, piano lab, music theory, and music technology.

“Our modern band program will introduce hip hop, jazz, rock, funk, and rhythm & blues to the music classroom through practice and performance,” he added. “Our activities and ensembles will be student-led and are designed to showcase student creativity. My goal is to connect with students and families by bringing their musical experiences to the classroom.”

Last summer, Henry joined a virtual cohort of schools working with WHYY. During the virtual partnership, a WHYY media instructor works with Henry teachers during the school day. The media instructor supports teachers in creating digital projects with their students.

"In addition to the technical skills they gained while utilizing the video and editing program, they had creative team meetings to plan and execute their commercials," she added. "The biggest impact this project had on their learning was introducing 21st century technology skills and occupations."

For the digital project, fourth grade students read the book “Tales of a Fourth Grade Nothing.” After reading the book, students had to create their own juices like Juicy O in the book using three different juices. Students then had to create a commercial about their juice inventions.

“They wrote scripts, designed layouts, and filmed a commercial selling their new juices,” said fourth-grade teacher Kristine McNeal. “Then they edited and inserted music, texts, and pictures to complete their commercials.

“They worked and collaborated in groups of three to four to complete their projects,” she added. “Finally, they published and presented their commercials to the rest of the fourth-grade classes.”

“The students developed script writing skills as they wrote commercial scripts to advertise a juice that they created in their small learning groups,” Harbach said. “As they filmed the project they discussed all the parts that are included in the filming of a commercial including stock photos, music and text images.

“In the editing process they worked directly with WHYY to film and edit their commercials into finished products and all of the parts included in the final commercial,” she added. “Through this process they were able to experience what is to work as a team to brainstorm, compromise and create a final product to present.”

Despite the success that Henry has held during the pandemic, Davis said what she is most proud of is her students and families.

“I would like to tell Henry’s students and families that our school is so incredible because of you,” Davis said. “You have learned so much during this unexpected year. Thank you for your tenacity. I look forward to us all coming back together safely in person.”

A School District of Philadelphia student released music on YouTube.