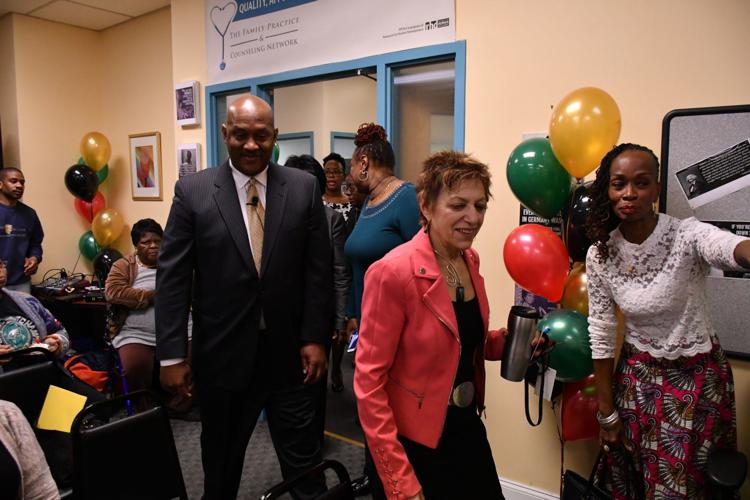 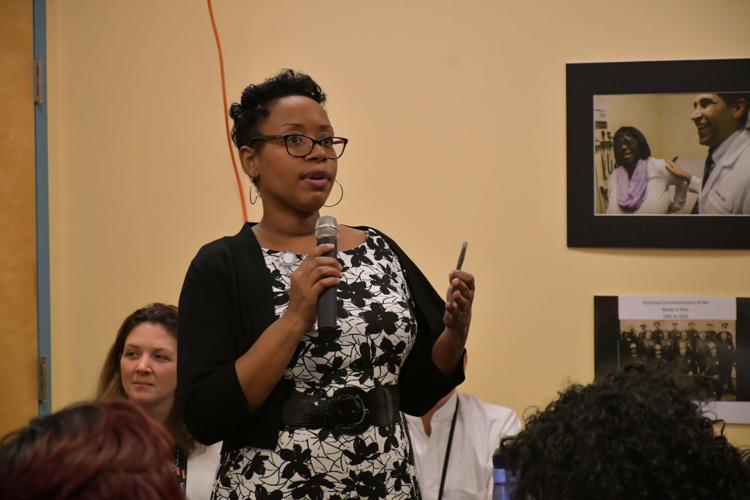 During his visit, Evans interacted with patients and health care professionals and participated in a roundtable symposium on the sustainability of community health.

“Health centers are extremely important to this city and this country,” said Evans, who has advocated for these facilities to be funded.

“The value that they provide to these communities is extremely important and you see that’s why I have been an advocate for these health centers. I have a number of health centers in this congressional district and I’ve been standing up for the importance of health.”

The roundtable symposium was moderated by Andrea Edwards, nutrition educator, FPCN. She addressed the role that community health centers have played throughout the country. She noted that these centers serves 27 million people at about 10,000 nonprofit clinics nationwide.

Emily Nichols, Family Practice and Counseling Network’s director of operations, said prior to congress extending the funding, $2.3 million was at stake for the organization.

“I think we have come to a point to where we offer such awesome, integrated services for our patients and the fact that we would potentially have to dismantle that is heartbreaking to even think about.”

During the event, various patients shared how the center has positively impacted their lives.

For Patricia Flores, the health center has been life changing. The 63-year old has chronic arthritis and a herniated disc in her back which often leaves her in pain. She receives her primary care services at the center where she also undergoes acupuncture, meditation and yoga.

“This place has enhanced my life,” Flores says of the facility.

When she first walked into the health center about a year ago, she was impressed with how she was treated.

“I had the opportunity to see somebody who finally not only listened to me, but heard what I said,” Flores added.

When Angelyn Walters first came to the health center, she didn’t know what was causing problems with her stomach. Walters received a prescription from the center to undergo a colonoscopy at Temple University Hospital and was later diagnosed with Stage III colon cancer.

“Today I stand before you three years in remission,” Walters said.

She commended the center’s staff members for their work and highlighted the importance of ensuring that the facility remains in existence.

“We need to do what we need to do to keep it going, because we really need this facility,” she stated.

“It offers so much.”

FPCN was founded as a program of Resources for Human Development in 1992 and is currently the largest nurse-led health care network win the country, serving more than 22,000 patients each year.

Watch: Our Community. Our Health. ambassadors share importance of campaign

The Philadelphia Tribune and Independence Blue Cross’ Our Community. Our Health. campaign focuses on providing information and resources to the African American community about the major conditions that diminish health and quality of life – like heart disease, diabetes, and COVID-19. New cam…