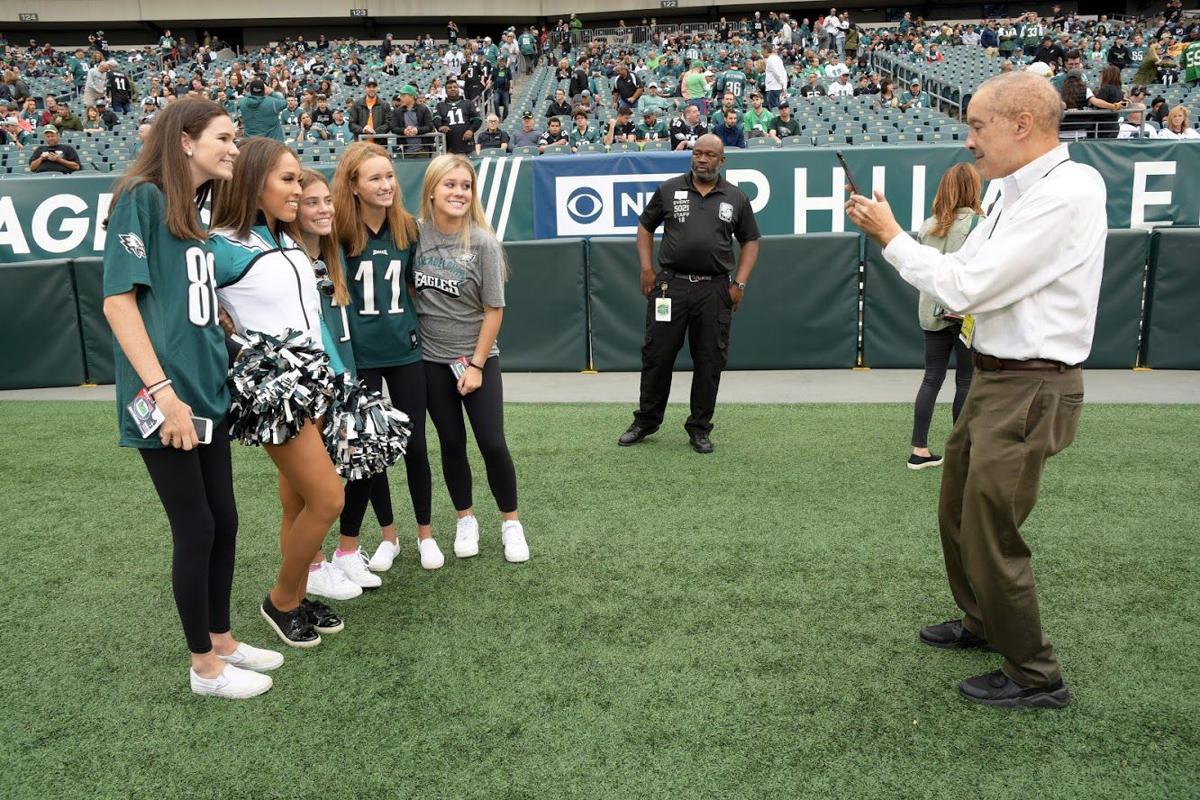 Philadelphia Tribune sportswriter Donald Hunt, right, takes a picture of Eagles fans who stand with his daughter and Philadelphia Eagles cheerleader Arielle Hunt, second from left, prior to the kickoff of an Eagles game at Lincoln Financial Field. 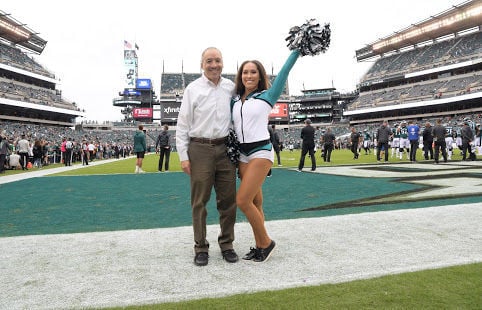 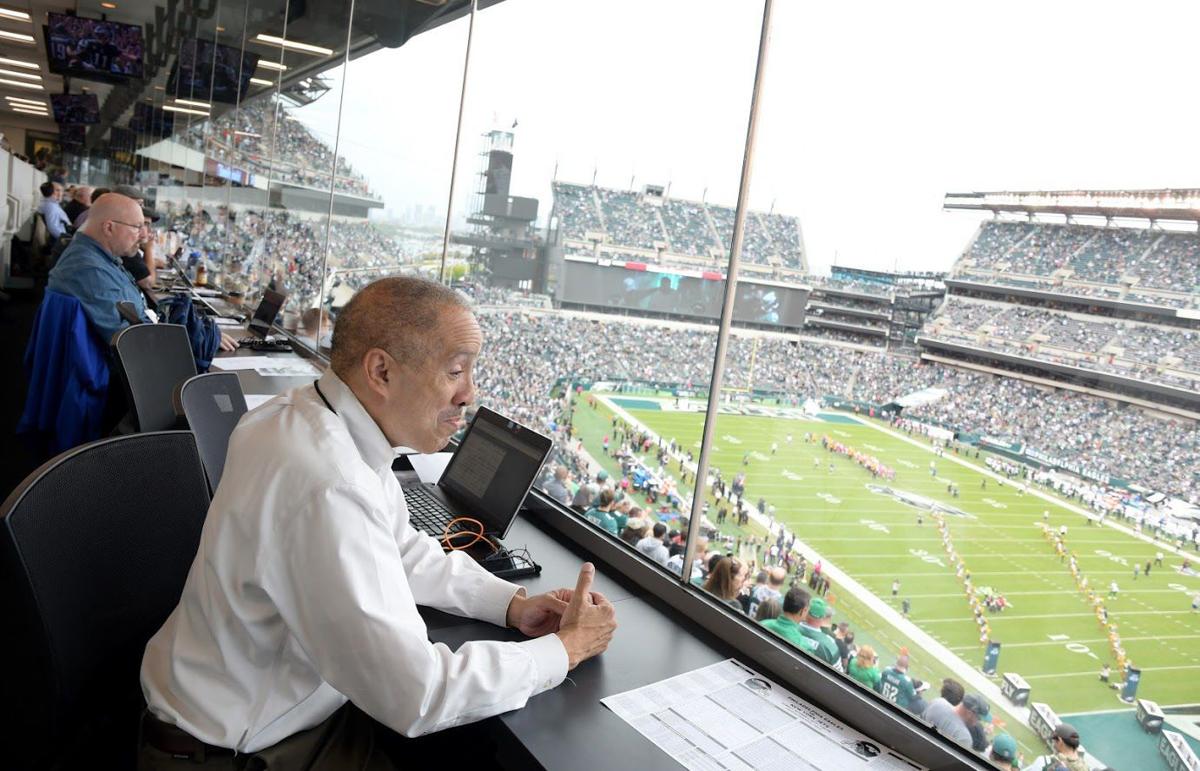 Philadelphia Tribune sportswriter Donald Hunt, right, takes a picture of Eagles fans who stand with his daughter and Philadelphia Eagles cheerleader Arielle Hunt, second from left, prior to the kickoff of an Eagles game at Lincoln Financial Field.

Every fall, since 1984, Philadelphia Tribune sportswriter Donald Hunt has peered through a pair of binoculars from inside press boxes at Veterans Stadium and Lincoln Financial Field to get a closer view of the action during Eagles games.

However, when he followed his routine at last month’s home-opening game against the Washington Redskins, Hunt was looking for something else — his daughter, Arielle, who was making her debut as a member of the Eagles cheerleading squad.

“I didn’t know where she was exactly at first, but I found her,” Donald said. “I was able to zoom in and get a look at her. All these years of covering the Eagles, I never thought I’d be at an Eagles game covering them while my daughter was cheering for them down on the sidelines. It was a proud moment for me.”

According to Barbara Zaun, director of entertainment groups for the Eagles and a former Eagles cheerleader who has worked for the team since 2002, the Eagles have never had a reporter covering the team whose daughter was also a cheerleader.

“This is a first to my knowledge,” Zaun said. “It’s unique. She’s real proud of her dad.”

Donald has been covering sports in the city since the days of NBA Hall-of-Famer Julius Erving and Eagles quarterback Randall Cunningham. In 2017, Donald became the first African-American sportswriter to be inducted into the Philadelphia Sports Hall of Fame.

Arielle, 22, earned a spot on the cheerleading squad this spring.

She competed with about 300 dancers for one of just nine coveted spots, and she managed to keep the whole tryout process secret from her parents (even though she lives with them).

“I wasn’t sure if I was going to make it. I just wanted to surprise my dad with the information,” Arielle said. “I wanted to give him good news rather than bad news. I know he would have loved me either way.”

Donald found out Arielle got a spot on the squad when his wife, Patricia, called him at work to share the good news.

When Donald got home, Arielle and Patricia showed him a video of the big squad announcement at the Suzanne Roberts Theatre downtown.

“It was a really nice surprise,” Donald said. “I know she’s going to enjoy it.”

Arielle has been dancing since she was just 3 years old.

She started as a student at Ms. Carol’s Center for Dance in West Philadelphia and continued her studies at the Philadelphia High School for Creative and Performing Arts. Over the years, she’s studied a variety of dance, including ballet, jazz, modern, tap and hip-hop.

“Arielle has been at a lot of games that I’ve covered,” Donald said. “What’s really nice is I’ve seen her on games on CBS and ESPN also when I wasn’t working and I was just watching on TV. They (the networks) would come back from a commercial break and there she was cheering for the Owls. That was really cool.”

Since she joined the Eagles cheerleading squad, Arielle has spent six hours a week in squad practice and several hours practicing on her own. She has learned a new routine for each home game. And she’s arrived at the Linc more than four hours before kickoff.

She also has to act as a team ambassador and make dozens of appearances during the regular season and the off-season.

Still, Arielle said she loves performing on Sundays and wants to be an Eagles cheerleader as long as possible.

“It’s fun for her. She’s enjoying herself and I get to see more of her,” Donald Hunt said. “We’re both working, but it allows us to spend more time together. What father wouldn’t want to do that?”