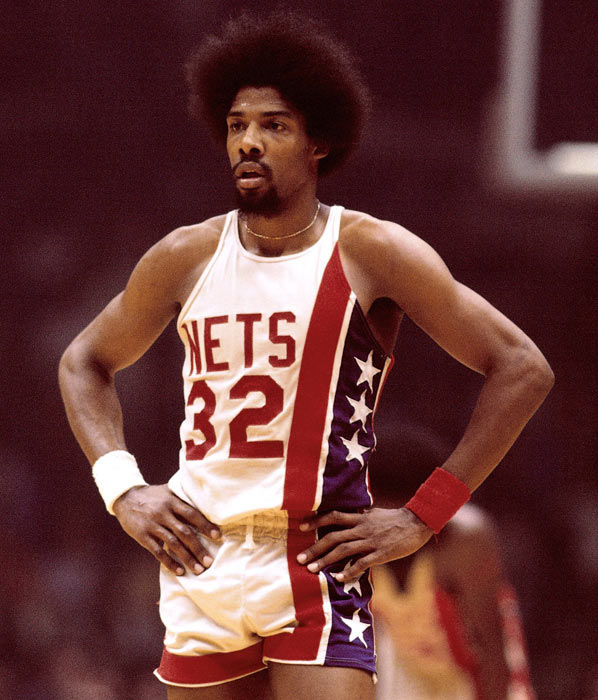 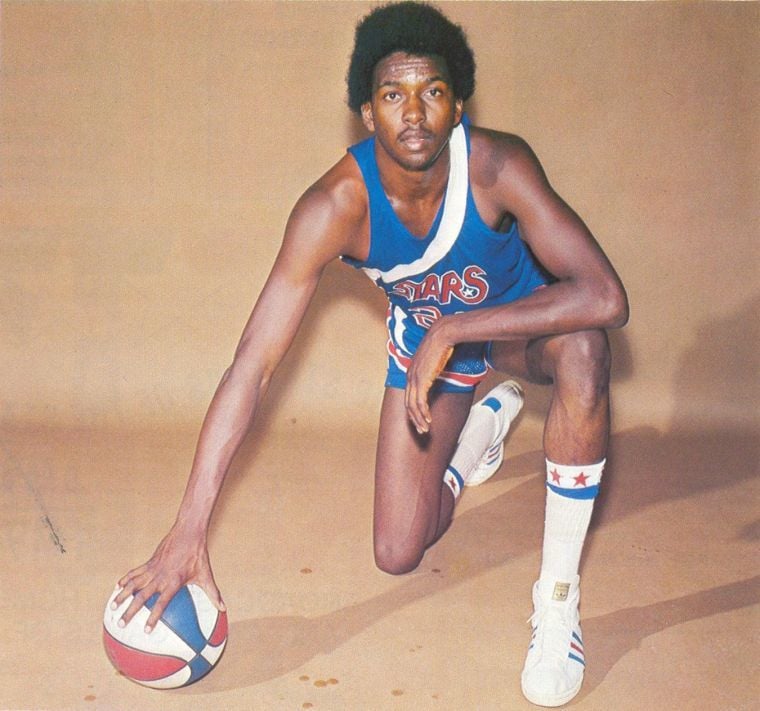 Moses Malone was the last ABA player to appear in an NBA game.

Moses Malone was the last ABA player to appear in an NBA game.

When the NBA absorbed four of the six remaining ABA teams in 1976, it did so grudgingly. The NBA was more established and had tradition. The ABA had talent, youthfulness and excitement. In picking up the New York Nets, the Indiana Pacers, the San Antonio Spurs and the Denver Nuggets, the NBA said no ABA records would be recognized.

Because of that agreement, according to the NBA, the 11,662 points scored by Julius “Dr. J” Erving when he was with the Virginia Squires and the Nets don’t exist. That means his three ABA Most Valuable Player awards and two ABA championships won with the Nets never happened.

In other words, the NBA wanted to erase professional basketball history by saying the ABA never existed.

Meanwhile, the NBA continues to thrive with concepts that began in the ABA. The three-point goal, originally dismissed as a gimmick, has now become the shot of choice for many players in the NBA. The Slam Dunk Contest, which began in the 1976 ABA All-Star Game, is now a big part of the NBA’s All-Star Weekend.

Incidentally, Erving won that initial contest with an impressive dunk taken from the foul line.

Defensive schemes such as traps and presses were adopted as was the up-tempo pace of games.

In 1962, the NBA’s Detroit Pistons selected Reggie Harding, a 7-foot, high school center from Detroit, as the first player to be drafted without having played college ball. In 1976, the ABA and the Utah Stars redefined the art finding underclass talent when they selected Moses Malone, a 6-10 center from Petersburg, Va.

The ABA had no problems opening its doors to young players. Some saw it as a ploy while others viewed it as desperate act of survival. Perhaps it was a combination of both, but today, the NBA enjoys drafting young underclass talent.

It’s been 10 years since the last ABA player — Malone — appeared in an NBA game. There are more than a dozen Hall of Famers who have spent part or all of their careers in the ABA. The NBA old guard has always been skeptical about about ABA stats. Truth is, much of that was jealousy about the upstart league.

Well many of the old guard, led by the late great Red Auerbach, are no longer around. It’s time fix an injustice. NBA, give the ABA its recognition.

The Pacers & Spurs should play a game each year with the Red White & Blue Ball.