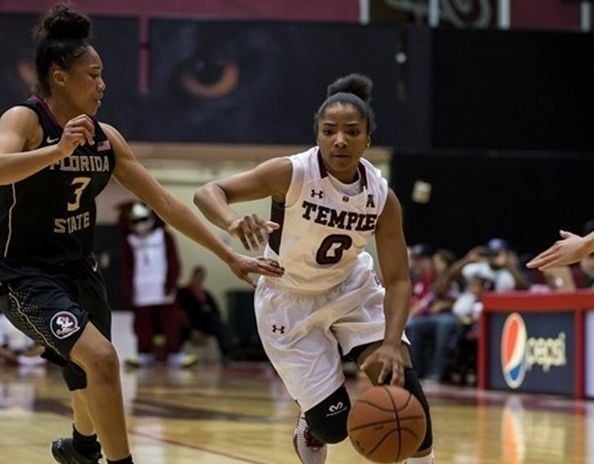 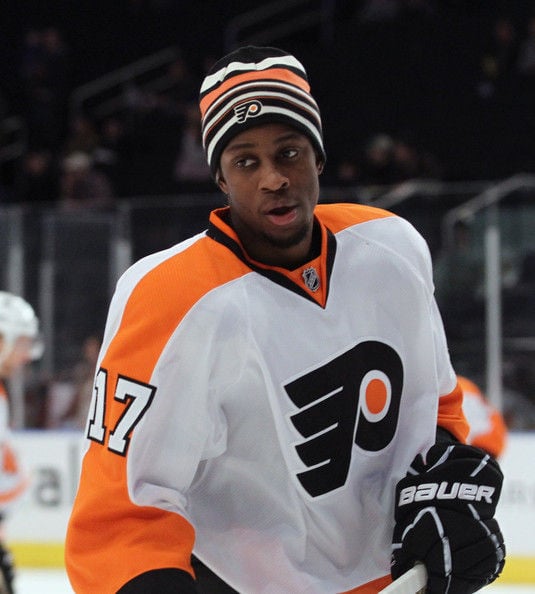 Wayne Simmonds is out for the year with a fractured leg. 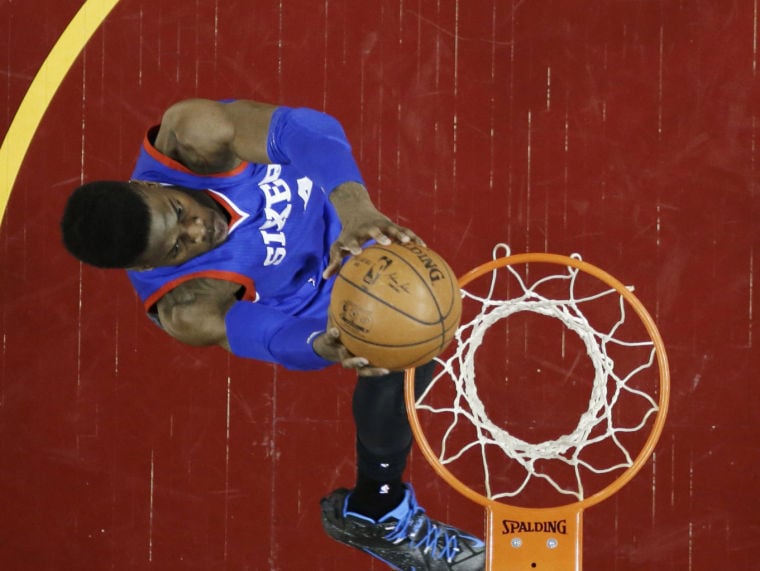 Rookie Nerlen Noel has been on a tear recently. — AP PHOTO

Wayne Simmonds is out for the year with a fractured leg.

Rookie Nerlen Noel has been on a tear recently. — AP PHOTO

Temple University basketball has become a hot topic. Both the men’s and women’s basketball teams have advanced to the semifinals of the National Invitation Tournament. The men’s team, which is the tourney’s top seed with a record of 26-10, will play Miami (24-12) Tuesday night in the semifinals at Madison Square Garden. The other semifinals game will feature Old Dominion (27-7) and Stanford (22-13).

The Owls have appeared in 18 National Invitation Tournaments, tying Manhattan and Saint Louis for the fifth-most appearances by any school. Temple won the tournament in 1969.

On Wednesday, the Lady Owls (20-16) will play West Virginia (22-14) in the semifinals of the Women’s National Invitational Tournament. The other semifinals game will be UCLA (17-18) at Michigan (20-14). If the Lady Owls win, they will be the second Philadelphia school to advance to the finals. Drexel University won the WNIT in 2013.

Noel living up to billing

All of a sudden, as if by magic, the diabolical plan of Sam Hinkie to turn the Philadelphia 76ers into a winner is showing potential.

Rookie center Nerlens Noel, who missed last season rehabbing a torn ACL in his left knee, is playing extremely well. He’s playing so well that there is talk he may be worthy of Rookie of the Year honors. Should he accomplish that feat, he’d be the second Sixers’ player to win the award in as many seasons. The recently traded Michael

Carter-Williams won it last year. Allen Iverson was named Rookie of the Year for the 1996-97 season.

Noel’s biggest competition for the award is Minnesota Timberwolves swingman Andrew Wiggins. Statistically speaking, Wiggns is arguably having a better season, averaging 16.2 pints and 4.4 rebounds per game. However, he hasn’t made the T-Wolves better. Noel is averaging 9.9 points, a rookie-leading 8.1 rebounds. He’s fifth in the league in blocked shots (1.97) and ninth in steals (1.81).

It’s apparent that Noel’s game has improved more than Wiggins. Hopefully, his torrid stretch run has impressed the U.S. and Canadian sportswriters who will vote on the prize.

In fact, Noel’s improved play has given notion to Sixers’ coach Brett Brown to allow him to play power forward. With Joel Embiid on pace to play in the middle next season, Brown is getting an up close and personal look at how Noel handles the position.

Watching the Flyers play out the string without right winger Wayne Simmonds is awful. Simmonds, one of a handful of Black players in the National Hockey League, and defenseman Andrew MacDonald suffered season-ending injuries on Wednesday when they were hit by third-period shots during a 4-1 victory over the Chicago Blackhawks at the Wells Fargo Center.

Simmonds limped off the ice after getting hit on the left leg by a shot from teammate Mark Streit. MacDonald was hit on the right hand by a Chicago shot. Both were players suffered fractures.

Simmonds, who was acquired from Los Angeles in a trade for Mike Richards trade in 2011, has been consistent. He’s scored 28, 29, and 28 goals in each of his three full seasons. He tallied 15 goals during the lockout-shortened 2012-13 season. Over an 82-game schedule, that would equate to 26 goals.

Simmonds is an outstanding player and definitely one of the few bright spots for the orange and black.

Tennis superstar Serena Williams, the No. 1 women’s singles player, Olympic Gold medalist and the 2015 Australian Open champion, will play for the Washington Kastles when they take on the Philadelphia Freedoms on July 20 at Villanova University Pavilion. Williams, who is considered the most dominant player of her era, has won 34 grand slam titles including 19 singles titles, tied for fourth-most all-time. Williams’ July visit to Philadelphia marks her first Mylan WTT appearance here since 2009.

The Freedoms’ season begins on July 16 with a match against the Boston Lobsters in Villanova.