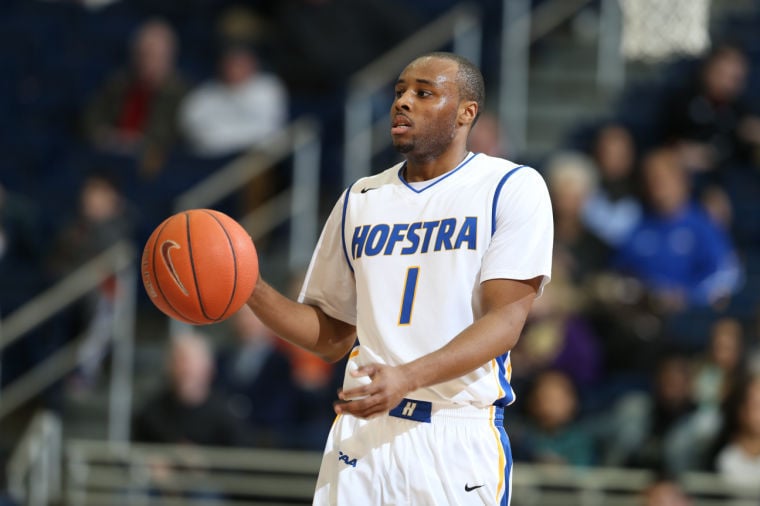 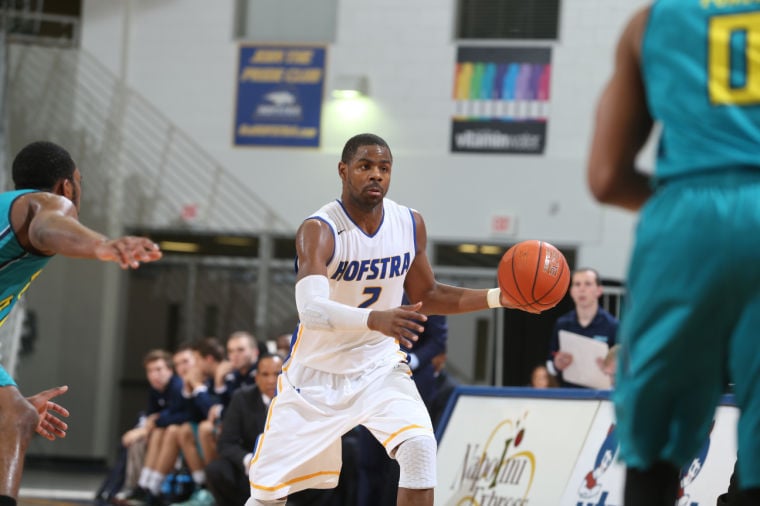 Ameen Tanksley is a product of Imhotep Charter.

Ameen Tanksley is a product of Imhotep Charter.

Ameen Tanksley and Juan’ya Green played on the same AAU team together throughout their high school career. Tanksley and Green have known each other a long time.

The years of playing together have really paid off for them. Tanksley, an Imhotep Charter product, and Green, a former Archbishop Carroll star, have been playing some outstanding basketball for Hofstra University.

Tanksley is the Pride’s leading scorer averaging 17.8 points a game. Green is Hofstra’s second leading scorer tallying 17.3 points a contest. Tanksley and Green have formed one of the best backcourt combinations in the Colonial Athletic Association.

“We wanted to go to the same high school together,” said Tanksley, a 6-foot-5, 230-pound junior, who averages 6.0 rebounds a game. “I was going to go to Archbishop Carroll with him. But then I realized it was so far from my house. I live in North Philadelphia. I couldn’t make that trip every morning out to Radnor. We did play on Team Philly (AAU team) together.

“We decided to go to college together. He makes my life easier. He can score. He can create plays for me. He rebounds better than he ever did before. He’s playing at another level.”

Tanksley and Green originally started their collegiate careers at Niagara two years ago. However, when Joe Mihalich, former La Salle University assistant, took the head coaching job at Hofstra. Mihalich was the head coach at Niagara for 15 years. He had a very successful run with the Purple Eagles winning 265 games while leading Niagara to a pair of NCAA tournament appearances and three trips to the NIT. In 2013, he became the head coach at Hofstra.

Tanksley and Green decided to transfer to Hofstra to play for him. They had to sit out the 2013-14 season, but both players credit Mihalich for their success.

“It’s like a dream come true,” Tanksley said. “As a coach, he tells you what you have to work on. He told me I had to work on my ballhandling and shooting. He really helped me a lot.”

Green has improved his overall game under Mihalich’s tutelage.

Tanksley and Green seem to be getting better and better each game. Green knows exactly what they can do on the court after years of experience and playing together.

“I always wanted to play on the same team with him,” Green said. “In college, we made that decision early. We knew each other’s game so much. We know where we’re going to be on the floor. It helps our team chemistry.”

Hofstra (14-7 overall, 5-3 CAA) are one of the top teams in the CAA. The Pride will visit Drexel on Feb. 15 at Daskalakis Athletic Center.