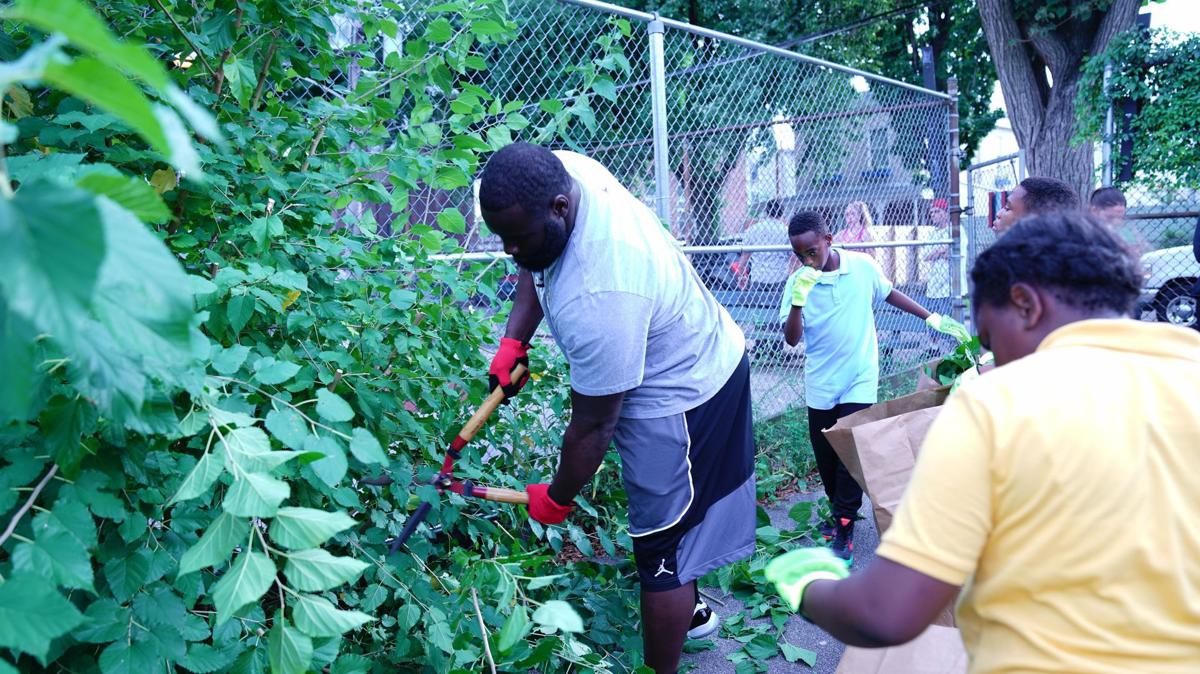 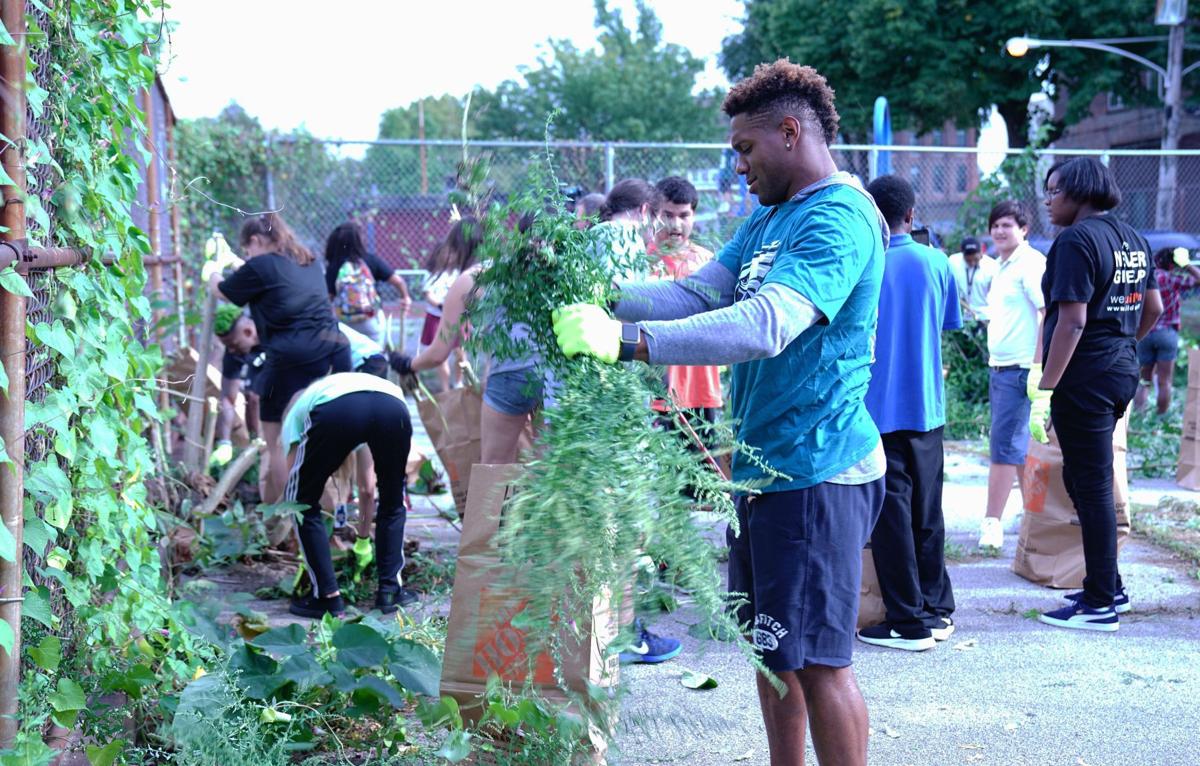 Eagles safety Rodney McLeod assists youth from the Rock to the Future’s MusiCore program in the “Rock the Block” neighborhood cleanup effort.

Eagles safety Rodney McLeod assists youth from the Rock to the Future’s MusiCore program in the “Rock the Block” neighborhood cleanup effort.

The Philadelphia Eagles have remained active in the community. Eagles defensive tackle Bennie Logan, safety Rodney McLeod and cornerback Jalen Mills participated with the students and staff from Rock to the Future to help clean up POPS Playground in Kensington.

The power of music education and an investment in Philadelphia’s underserved youth, Rock to the Future’s (RTTF) MusiCore program has led to a 100 percent college attendance rate and a 35 percent increased grade average among the participating RTTF students.

After the Eagles big win over the Chicago Bears on Monday night, the team returned home to partner with the students on Tuesday. Eagles players, students, volunteers and staff trimmed hedges and picked up trash at POPS Playground, where the RTTF youngsters usually play. This effort will provide the kids in the surrounding area with a safe place to play. POPS Playrgound will undergo a big transformation soon, courtesy of the Philadelphia Water Department and the Philadelphia Parks & Recreation. The cleanup with the Eagles will serve as a “kick off” for the renovation project.

RTTF is a nonprofit organization that provides music education for Philadelphia’s underserved youth at no cost to them or their families. Using music, RTTF’s programs spark passion and creativity, increase academic achievement and help self-esteem to empower individuals and strengthen communities. As one of the Eagles Care partners in 2016, the organization will work closely with the Eagles in an effort to increase their impact on the community. For more information on the organization, go to www.rocktothefuturephilly.org.

Santander Bank has announced the return of the “Santander Field Goal Challenge” for the third straight year. The promotion gives Philadelphia Eagles fans with an opportunity to win a once-in-a-lifetime experience of kicking a field goal at an NFL stadium.

Now until Oct. 31, Eagles fans are invited to enter to win a chance to attempt a 30-yard field goal during halftime of the Eagles home game on Dec. 11. A successful conversion will will result in a $10,000 prize for the winner. An additional $10,000 will be donated to the regional K-12 school of the winner’s choice, courtesy of Santander, the official bank of the Philadelphia Eagles.

Fans can enter the “Santander Field Goal Challenge” at www.philadelphiaeagles.com/santander, with one contestant selected per day throughout the duration of the contest. All winning contestants will participate in the tryouts at the Eagles NovaCare Complex training facility the week of Nov. 14, where contestants will go head-to-head in a series of field goal attempts until one finalist is left. The finalist will take the field on Dec. 11 to attempt a 30-yard field goal. Another six weekly winners will take home a signed 2016 Eagles jersey.

Legal residents of Delaware, New Jersey and Pennsylvania, 18 years of age or older, can enter the contest.