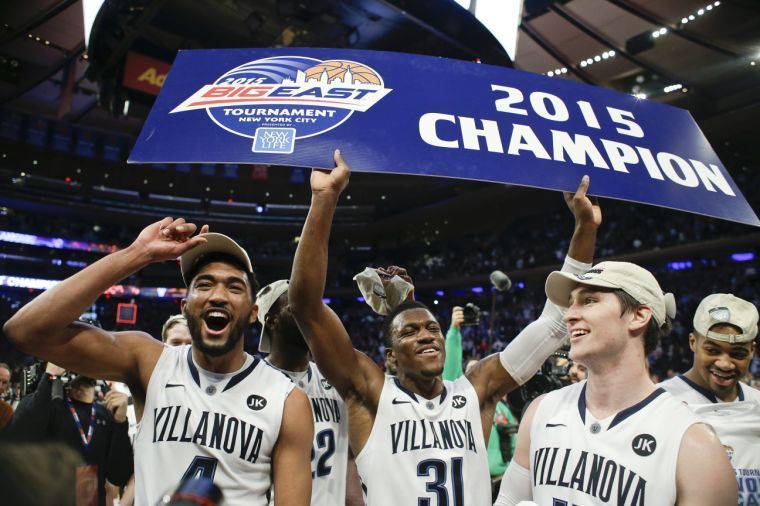 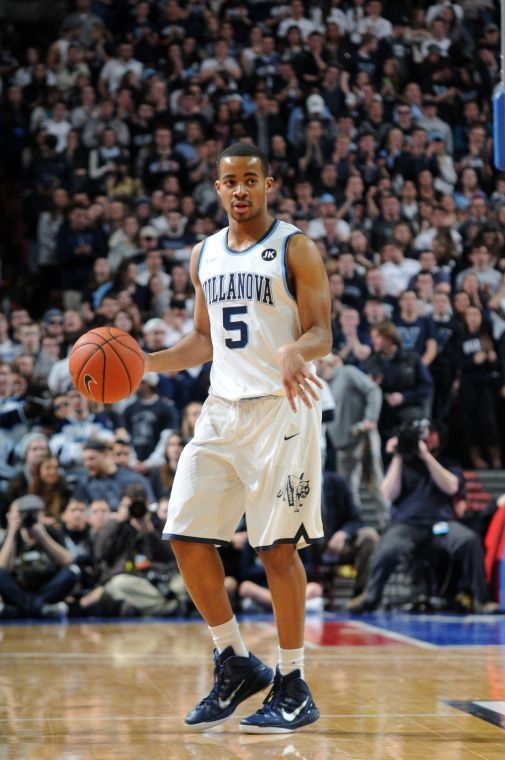 It’s been a huge year for basketball in Phil Booth’s family. Booth, a freshman guard for Villanova, is making his first trip to the NCAA tournament. A week ago, Booth scored eight points in 16 minutes as the Wildcats defeated Xavier, 69-52, to capture the Big East championship.

Now, Booth and the No. 1-seeded Villanova Wildcats (32-2) in the East will face Lafayette (201-12) on Thursday night, March 19, at the CONSOL Energy Center in Pittsburgh. The game will begin at 6:50 p.m. on TBS. Booth, the son of former Northeast High and Coppin State basketball star Phil Booth Sr., is looking forward to his first game in the Big Dance.

“It feels good to be here,” said Booth, who averaged 5.6 points and 1.5 rebounds a game this season. “We had a great year. Hopefully, we can finish out strong and go as far as we can.

“Guys have been dedicated all year. They’ve been staying with everything we do. We listen well and play hard. Hopefully, we can take it to the next level.”

The 6-foot-5, 185-pounder, hails from Baltimore, Md., where he was a big-time player at Mount Saint Joseph High School. In 2013-14, he was named the Baltimore Prep Player of the Year. He tallied 19 points, six rebounds and three assists a game carrying the Gaels to a 34-5 record grabbing the championships of the Baltimore Catholic League and the Maryland Interscholastic Athletic Association.

“My dad loves it,” Booth said. “Villanova is close to Philadelphia and Baltimore. It’s always like a home game for me. I got a lot of family here. My dad can come up and see me play. It’s like the best of both worlds for me.”

Booth Sr. will be traveling to Pittsburgh to watch his son play in the NCAA tournament. He’s really proud of his accomplishments as a first-year player with the Wildcats.

“He’s only a freshman, but Phil has done a nice job,” Booth Sr. said. “We call him the little Larry Brown because he plays the right away. He shoots, passes the ball and plays good defense.

“Phil played a valuable role this season. It was great coming up and watching him play. I had a good time getting back to Philly watching him play at Villanova and the Palestra. My wife and I will be coming to his first NCAA game on Thursday. This has been a great time for me. It’s brought back a lot of memories.”

Booth Sr. had a chance to relive some of his Coppin State days a month ago when he was inducted into the Coppin State Hall of Fame. He joined the Eagles in 1987. During his first year, he led both his team and the MEAC in scoring with a 20-point average while also ranking among the conference leaders in seven of eight statistical categories. He finished ninth in MEAC rebounding, tied for ninth in steals and was in the top 20 in assists and field goal percentage.

Booth Sr. was named first-team All-MEAC. He scored 1,268 career points. The Eagles became eligible to compete in the MEAC tournament in the 1988-89 season. Booth, a team captain, helped the Eagles win the MEAC regular season and tournament championship. With the victory, Coppin State earned a berth in the NCAA Southwest Region.

“It’s a great achievement for him,” Booth Jr. said. It’s something he definitely deserved going into the hall of fame. He was a great player at Coppin State. He loved playing for Coach [Ron] Fang Mitchell. He loved the NCAA tournament, too.”

Both Phil Booths enjoyed playing for the late John Hardnett who coached in the Sonny Hill League and held local workouts for many Philadelphia players.

“I worked out with John a couple of times before he passed away,” Booth Jr. said. “My dad was really close to him. He credits him for being the player that he became. John Hardnett was big in both of our lives.”

This has been an exciting year that could be even more thrilling for the Booth family with a good run in the NCAA tournament.