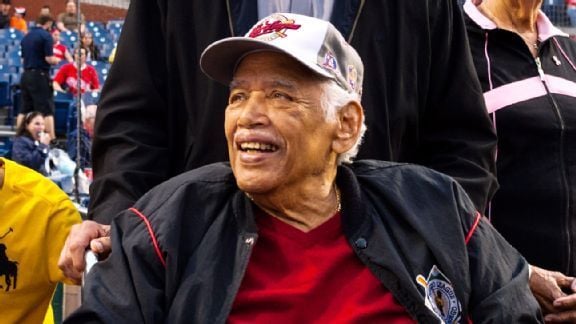 Mahlon Duckett is the last surviving member of the Philadelphia Stars. — AP photo/file 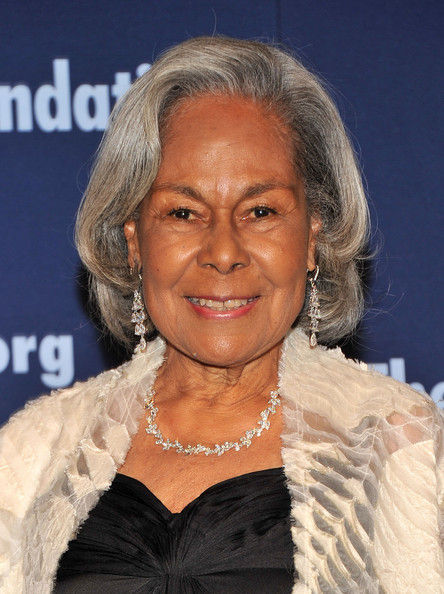 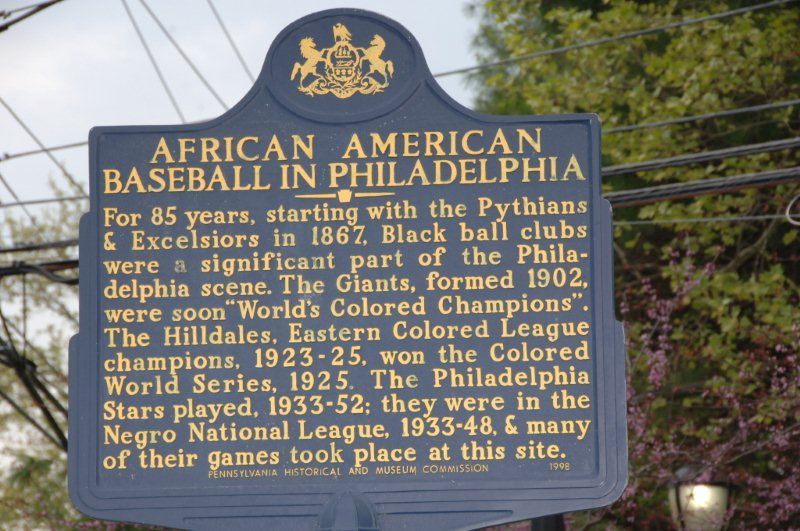 Mahlon Duckett is the last surviving member of the Philadelphia Stars. — AP photo/file

There are a number of significant moments from a historical perspective. The list is long. However, Jackie Robinson had one of the most important moments not only in sports history, but in American history as well.

On April 15, 1947, Robinson broke the color line in Major League Baseball when he played for the Brooklyn Dodgers. He became the first African American to play in the majors.

Robinson had to overcome a number of obstacles to reach the majors. Baseball was a very segregated sport at that time. He experienced a lot of racism. In spite of all the strife, Robinson’s trailblazing efforts helped to jump start Civil Rights in this country and paved the way for African Americans in baseball today.

There will be students from local schools for lunch and baseball history. In addition, special guest the Philly Phanatic, former Phillies standout Gary Matthews and District Attorney Seth Williams are expected to be in attendance.

The Memorial Park is a celebration of business, community and government collaboration that was envisioned by the BAWP board, City of Philadelphia, Major League Baseball, the Phillies, Parkside Association of Philadelphia, the Philadelphia Building & Construction Trade Council (AFL-CIO) and a number of local and state organizations.

Mahlon Duckett, an Overbrook High product, played second base for the Philadelphia Stars of the Negro National League. Duckett, 92, the last surviving member of the Stars, remembers playing against Jackie Robinson in the Negro Leagues.

“Jackie was a great player,” Duckett said. “He played one year for the Kansas City Monarchs. Branch Rickey [president of the Brookyln Dodgers] had him scouted in the Negro Leagues. He knew Jackie could play the game. We had some other players in the Negro League who were also great players. I was really hoping Jackie would do well when he went to the majors. I knew that if he could do well that would open the door for other players.”

Robinson’s impact on the game was huge. In fact, there will be celebrations all around the league in regards to his ground breaking accomplishments. Major League Baseball will hold the Civil Rights Game on Jackie Robinson Day as the Los Angeles Dodgers entertain the Seattle Mariners at Dodger Stadium on ESPN2 at 7 p.m.

Since 2009, MLB has celebrated the day with all players and on-field personnel wearing No. ‘42’ during that day’s game. This year also marks 70th anniversary of Robinson signing his first professional contract with the Dodgers in 1945, which was just two years before he broke the color barrier.

“On behalf of our family and the Jackie Robinson Foundation, I would like to extend my sincere appreciation to Major League Baseball for honoring Jack’s historic achievements and his fight for equality both on and off the ball field,” said Rachel Robinson, wife of Jackie Robinson and founder of the Jackie Robinson Foundation in a statement. “In recognizing Jack’s accomplishments, it is my hope that this commemoration inspires future generations towards impactful service within their own communities and beyond.”