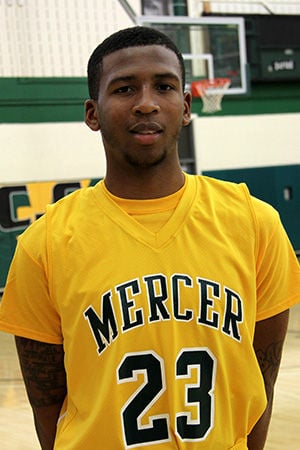 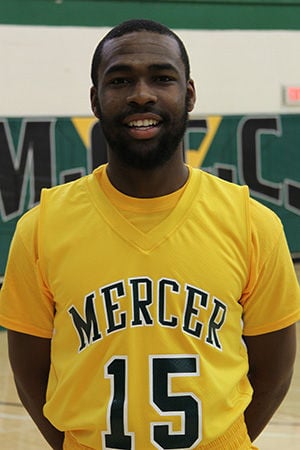 David Johnson is a product of Communications Tech 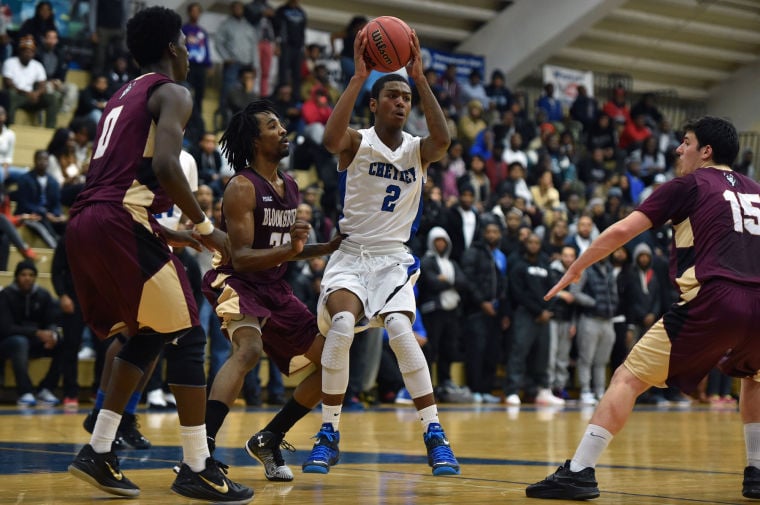 Freshman Kevin Larkin, a 6-5 guard from Lincoln, Del., has been outstanding this season.

David Johnson is a product of Communications Tech

Freshman Kevin Larkin, a 6-5 guard from Lincoln, Del., has been outstanding this season.

He averaged 17.8 points a game, ranking him third amongst conference leaders and freshmen. His scoring average ranks him 80th in Division II and first among Division II rookies. In addition, he averaged 5.1 rebounds and 1.2 assists a game. He had nine 20-point performances this season, including three season-high 25-point games. Larkin was also named second-team all-conference.

The NFL Players Association annually recognizes players who go above and beyond to perform community service in their team cities and hometowns. The Byron “Whizzer” White Award is the highest honor the NFLPA can bestow on a player. Two of this year’s finalists are Malcolm Jenkins (Philadelphia Eagles) and former George Washington High star Jameel McClain (New York Giants).

The winner, who will receive $100,000 for his foundation or a charity of his choice, will be announced on March 18 at the NFLPA’s annual board of representatives meeting. The award was established by professional football players of America to acknowledge a debt of gratitude to one of their own, Supreme Court Justice Byron Raymond “Whizzer” White-scholar, athlete, patriot, humanitarian and public servant. The NFLPA presents this annual award to the player that is just as dedicated off the field as he is on the field.

Each team’s locker room was given the opportunity to nominate players during the regular season. The NFLPA reviewed the submissions, with each applicant awarded $5,000 for his foundation or charity of his choice.

Jenkins, a safety for the Eagles, earned a Super Bowl XLIV championship ring as a member of the New Orleans Saints. He created the Malcolm Jenkins Foundation to promote positive change for youth living in underserved communities in New Jersey, Ohio, Louisiana and Pennsylvania.

Each location represents a location which supported Jenkins at a time in his life. The foundation puts on signature activities around the year, including after-school programs, scholarships, football camps and youth safety initiatives.

McClain, a former All-Public League standout, is a linebacker for the New York Giants. McClain, a Super Bowl XLVII champion, spent time in and out of The Salvation Army as a child, and now as a spokesman, he gives back to the organization that helped him overcome challenging circumstances. The Boys and Girls Club, Fellowship of Christian Athletes and New York-based FEDCAP are just a few other organizations McClain partners with to aid underserved adults and children.