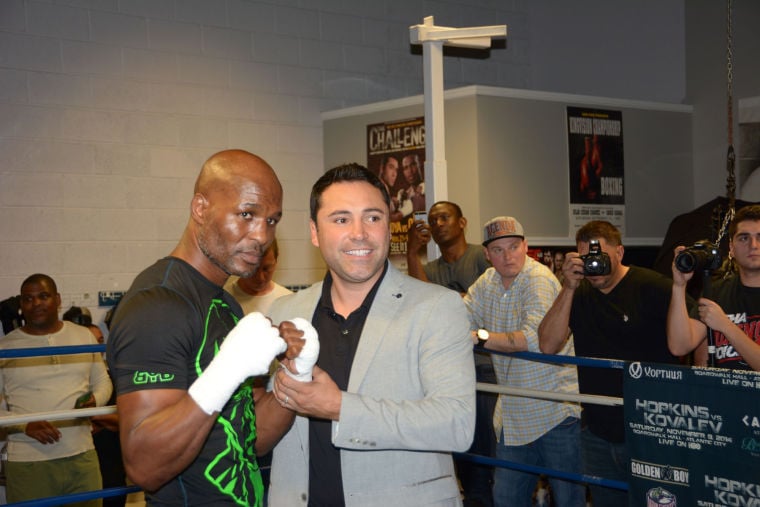 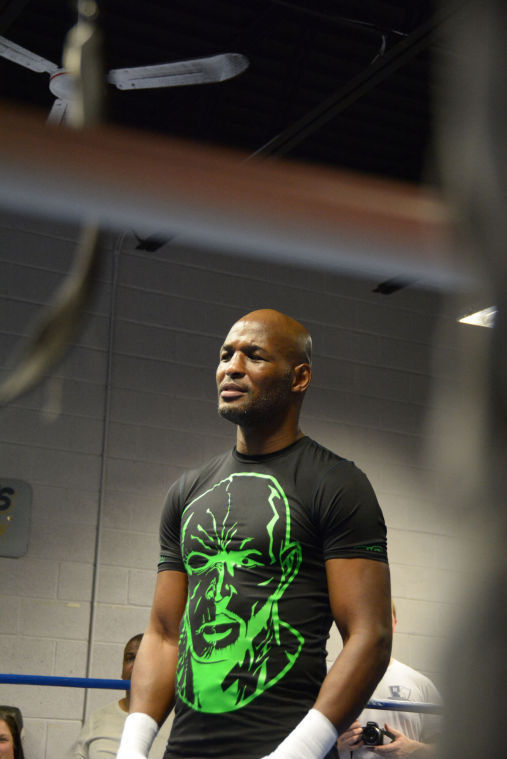 Bernard Hopkins is two months away from his 50th birthday. With just a little more than a week until his light heavyweight unification title bout against Sergey “Krusher” Kovalev at Boardwalk Hall in Atlantic City, N.J. Saturday, Nov. 8, the man they call “The Alien” is using his vast knowledge and experience to prepare for this fight.

Hopkins has been boxing for a long time. He knows what it takes to stay on top. He will be going after the WBO light heavyweight championship to go along with his IBF and WBA belts.

“I’m ready mentally and physically for this challenge, come Nov. 8,” Hopkins said. “I believe the difference in the execution. If you think about it too much beforehand it will keep you up at night. You can’t worry about things you can’t change. I prepare to do what I know how to do best. That rule of code has never betrayed me.

“There’s not one fighter I wouldn’t put my record up against. In this era — in any weight class. I put the work in to have the track record and be taken seriously. There are a lot of things I look at that I used to do, even though I was successful, as a waste of time. But those are the things you have to go through. We are young before we are old. We are immature before we become mature.

“When I look back at the last five years of my career, I’m spending less time in the gym than I did in the beginning of my career,” he added. “I’m fighting 12-round fights, why am I training for four hours? These are the things you do when you’re young. When you get older you realize that you had to survive it, that’s how I got here.”

Hopkins is well aware of his opponent. Kovalev has won 23 of his 25 victories by knockout.

“I have the same thoughts on Kovalev that most people here do. He’s a dangerous puncher. He has an over 90 percent knockout rate and anyone who fights this guy has the opportunity to not be the same once he exits the ring. We won’t take anything away from this guy because he’s real. Kovalev is a threat to anybody. It won’t be an easy fight, even if it looks easy to you.”

Oscar De La Hoya, president and founder of Golden Boy Promotions, had a chance to watch Hopkins train the other day at Joe Hand Gym. In 2004, De La Hoya saw exactly how good Hopkins can fight when he lost in the ring. He knows that Hopkins is a special fighter with his skills and longevity.

“We’ll never see anything like Bernard Hopkins again,” De La Hoya said. “We won’t see any athlete in any sport compete at the highest level. It’s unheard of. You can talk about any era, or any great fighter, no one has been able to compete at this level. Everybody in America should be cheering for him.

“When you take a look at Hopkins being 49-years-old, almost 50, you have basically a kid in the other corner who punches like a man. It’s a 50-50 fight. I haven’t counted Hopkins out since he beat me, even after that. Hopkins is a master at what he does.”