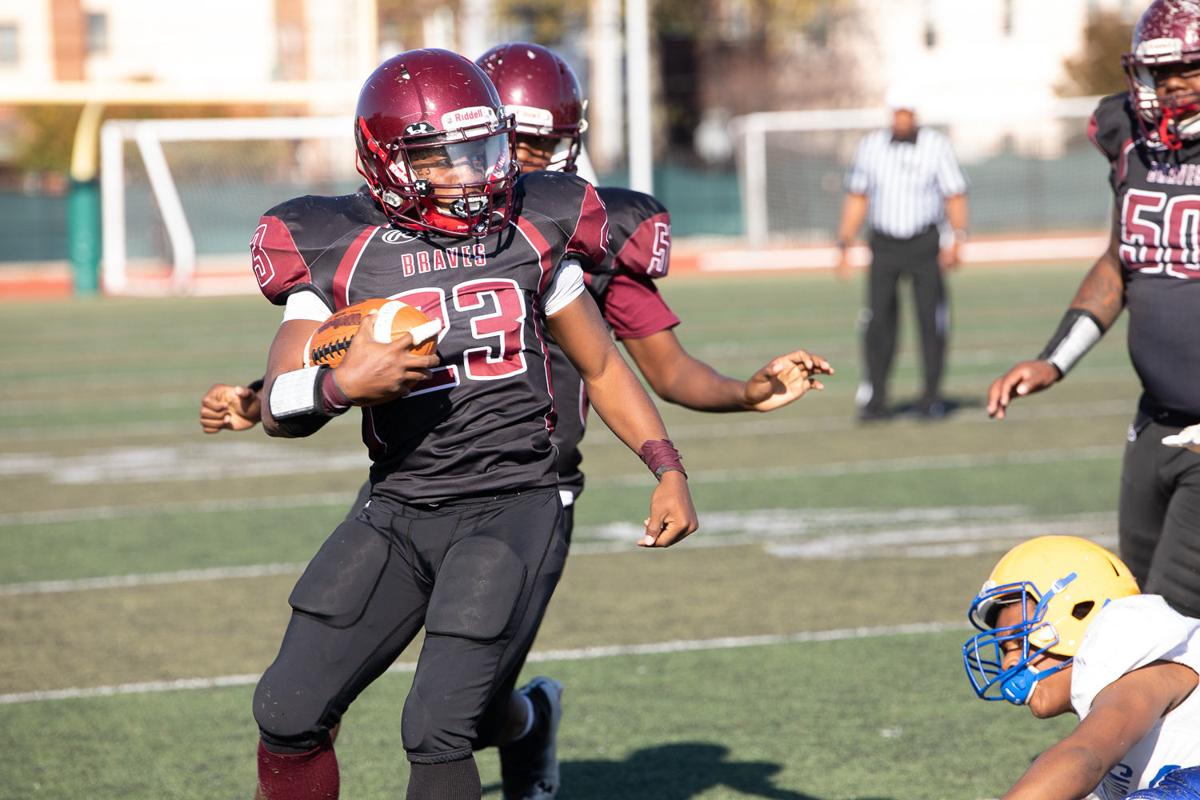 Nadir Bullock is a workhorse for John Bartram High School. 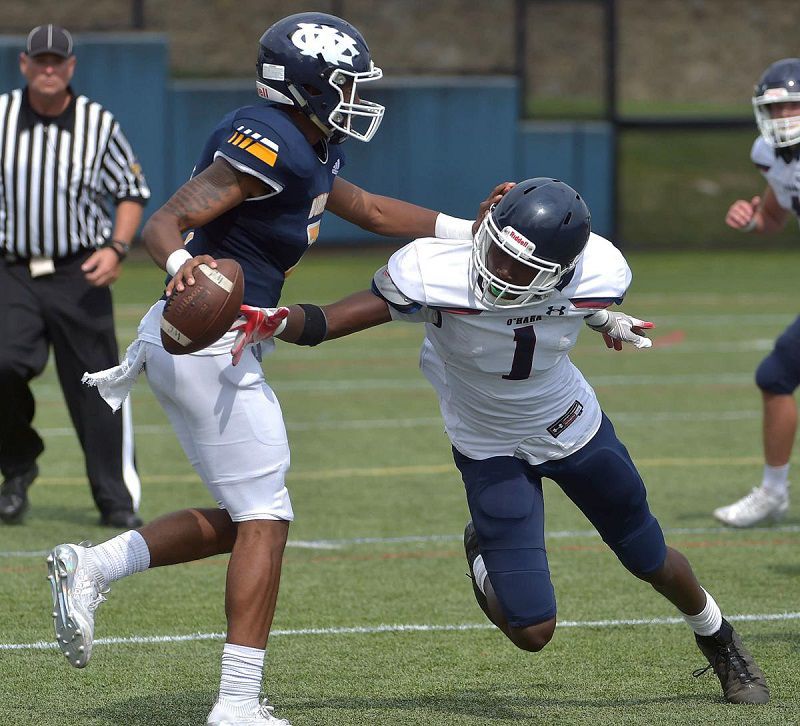 Nadir Bullock is a workhorse for John Bartram High School.

This is another big weekend of playoff action for high school football teams in the Public and Catholic Leagues. For the fans, there are some great players to watch in each game. Some of the city’s top teams will be competing at different locations throughout the Philadelphia area.

In the Public League, Imhotep Charter (6-4) will face Bartram (9-1) in the Class 4A semifinals on Friday, Nov. 8. The game will be played at the Germantown Super Site. The kickoff is set for 7 p.m. Imhotep Charter defensive back Shafeek Smith covers a lot of ground in the secondary. Quarterback Jalen Sutton-Christian has run a very efficient offense for the Panthers.

Speaking of quarterbacks, Bartram has a great one in Jaquan Givens who has done a fine job of moving the football. Givens threw three touchdown passes in last week’s playoff win over Ben Franklin.

On Saturday, Nov. 9, Martin Luther King (6-5) will battle Mastery Charter North (6-5) in the Class 5A semifinals. The game will be played at the Northeast Super Site. The kickoff for this matchup will be at 1 p.m. Martin Luther King has some terrific skilled players with defensive backs Tyrell Mims and Nadir McLeod. Mastery Charter North will rely on running back Suhail Gillard to put together a strong running attack. Gillard has the ability to keep the chains moving as the team’s outstanding rusher.

In Class 6A, Northeast (10-1) will play Olney (8-2) at the Northeast Super Site. This semifinal matchup will start at 6 p.m. Northeast defensive lineman Elijah Jeudy has been a sensational player up front. The Vikings quarterback Charles Britt can move the offense through the air with wide receiver Tyreek Chappell. Olney has two great players on the both sides of the ball with running back Khalil Davis and middle linebacker Ramon Anderson.

In the Catholic League, Neumann-Goretti (11-0) will play Pope John Paul (9-2) II on Friday, Nov. 8. The game will be played at the South Philadelphia Super Site with a kickoff at 7 p.m. This game is for the Class 3A championship. N-G is led by running back Tysheem Johnson who has made some big plays throughout the season.

Archbishop Wood (6-3) will play Archbishop Ryan (1-8) in the Class 5A semifinals at 1:30 p.m. The game will be played at the Germantown Super Site. Archbishop Wood running back Cardel Pigford has given the team a great running attack. Archbishop Ryan will lean on quarterback Cole Lowe and wide receiver Justin Collier for a consistent passing game.

St. Joseph’s Prep (7-2) will clash with La Salle (8-2) at the Germantown Super Site in the Class 6A semifinals. The game will take place at 6 p.m. The Hawks are loaded with talent such as quarterback Kyle McCord, running back Kolbe Burrell, wide receiver Marvin Harrison Jr. and linebacker Jeremiah Trotter Jr. La Salle has a big time running back with Sam Brown.

West Catholic (6-5) will play Bishop McDevitt (5-6) for the 2A championship at 6 p.m. The game will be played at the South Philadelphia Super Site. This playoff contest will feature two great quarterbacks – Bishop McDevitt’s Lonnie Rice and West Catholic’s Zaire Hart-Hawkins.