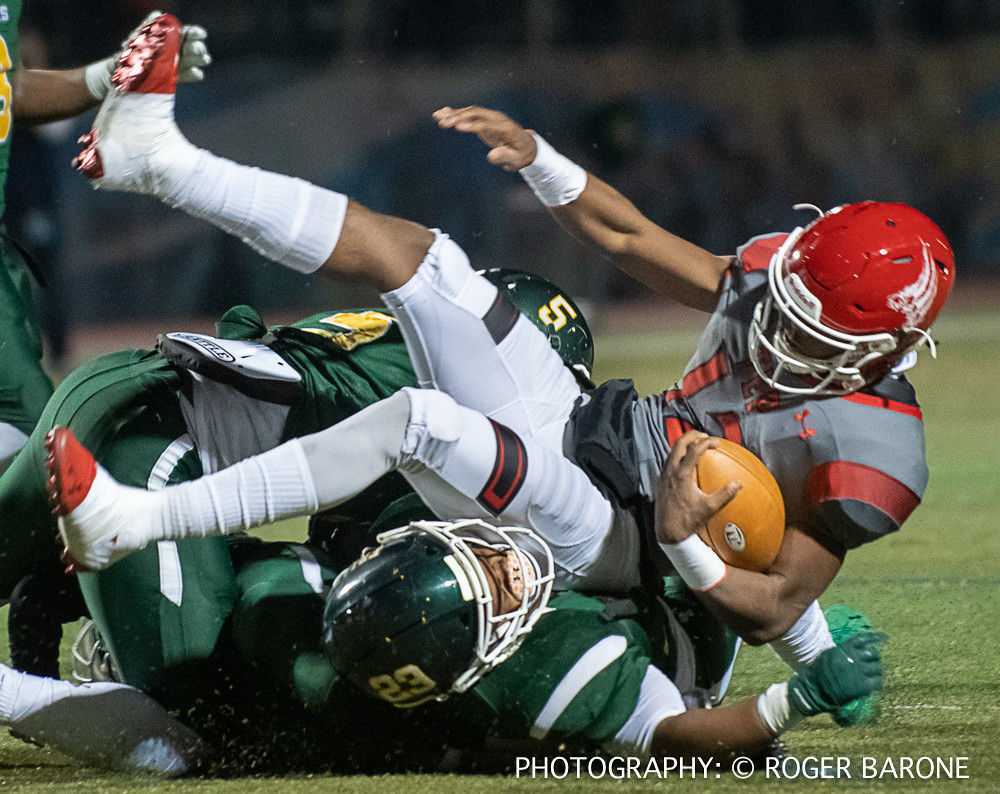 Imhotep quarterback Jalen Sutton-Christian is taken down after a short gain. 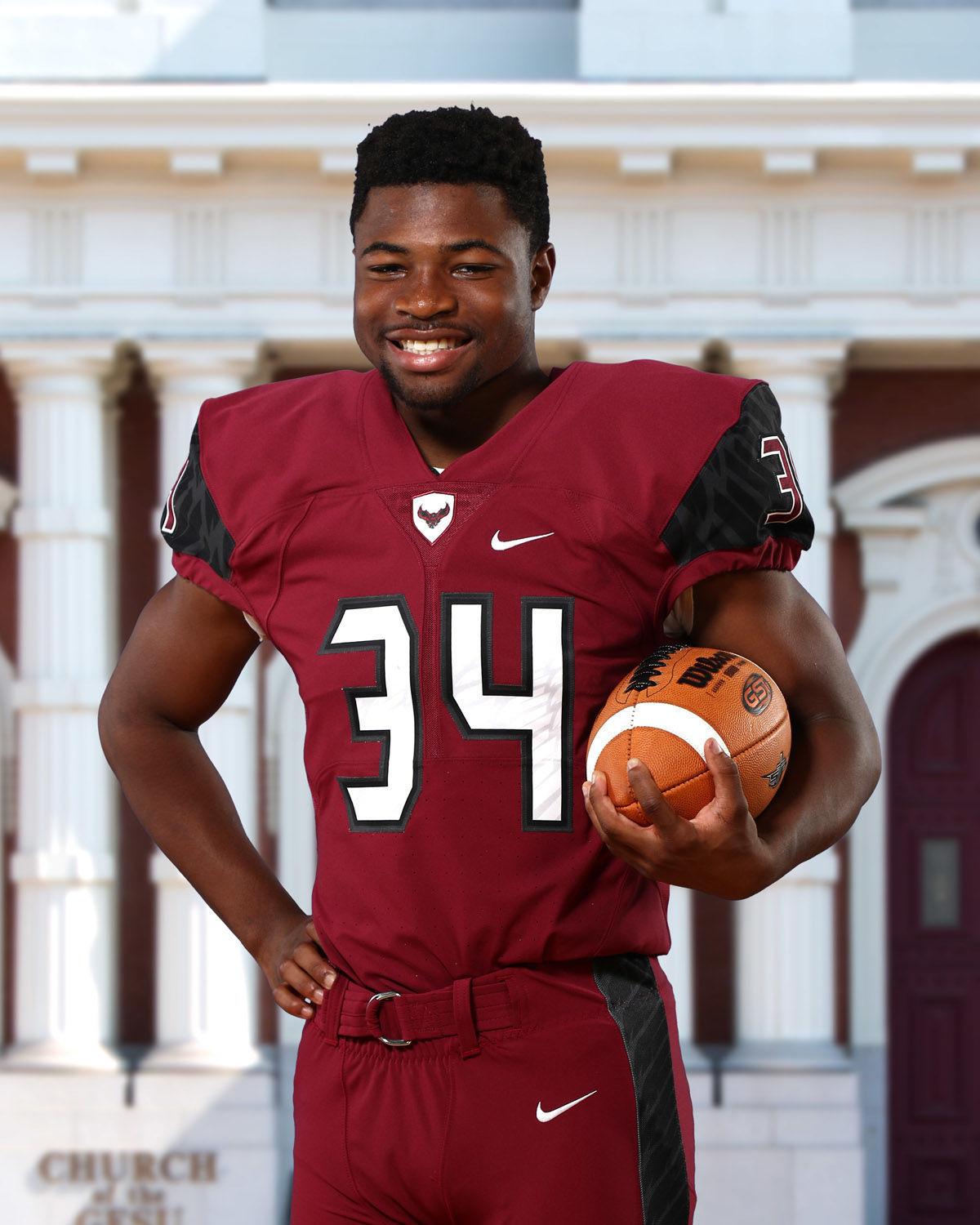 Imhotep quarterback Jalen Sutton-Christian is taken down after a short gain.

Three local high school football teams will enter the PIAA playoffs after winning city championships in their respective classifications over the weekend.

In the Imhotep Charter’s victory over Bonner-Prendie, Panthers’ wide receivers Terrance McAdams and D’Shaun Seals were a big part of the team’s passing game. Imhotep Charter quarterback Jalen Sutton-Christian threw touchdown passes to McAdams and Seals. The Panthers also got a huge play from linebacker Keon Wylie, who scooped up a fumble and returned it 91 yards for TD.

Archbishop Wood got a terrific performance from running back Cardel Pigford, who scored two touchdowns in the win over Martin Luther King. Pigford was Vikings’ leading rusher with 130 yards on 21 carries.

Archbishop Wood (7-3) will play Southern Lehigh (11-1) in the Class 5A state quarterfinals on Friday, Nov. 22 at Pennridge High School. The game will begin at 7 p.m.

St. Joseph’s Prep seems to be in high gear with its big win over Northeast. The Hawks were led by its outstanding running back Kolbe Burrell, who had 26 carries for 212 yards while scoring three touchdowns. Burrell wasn’t the only standout for St. Joseph’s Prep. Backup quarterback Malik Cooper put together a magnificent game picking up 103 yards on the ground while scoring two TDs.