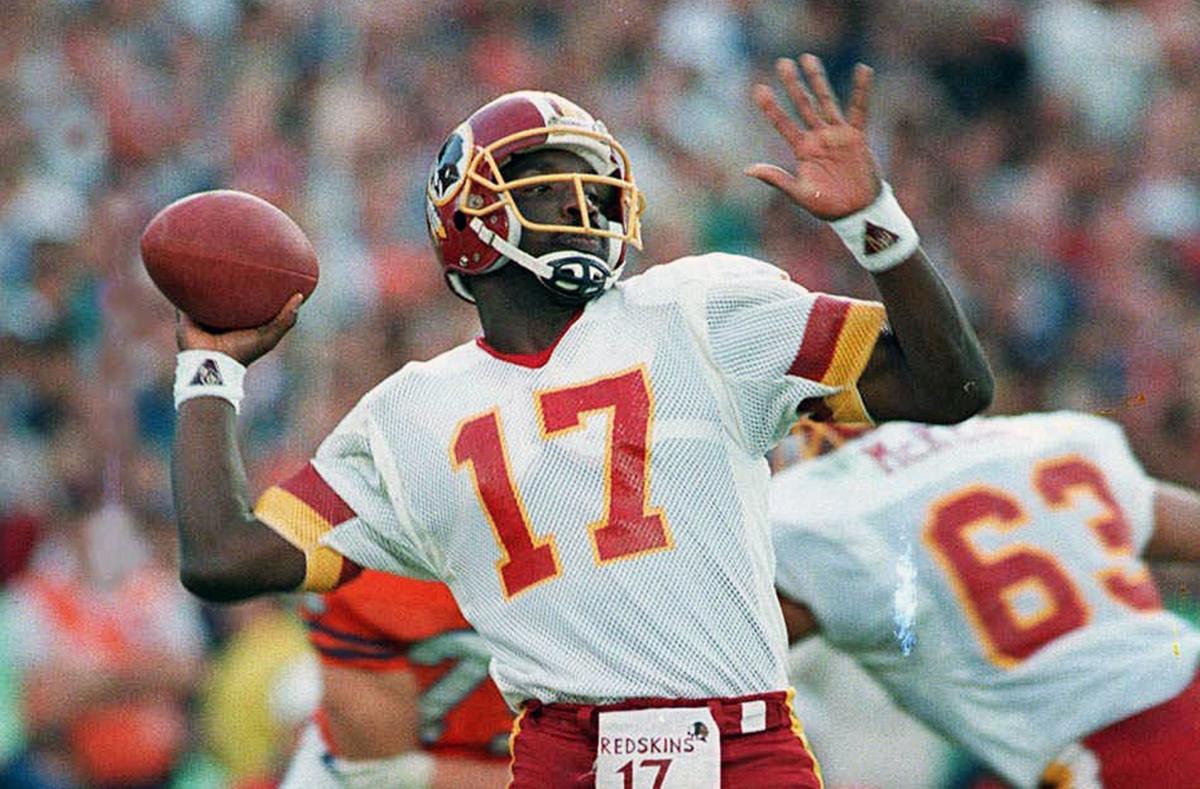 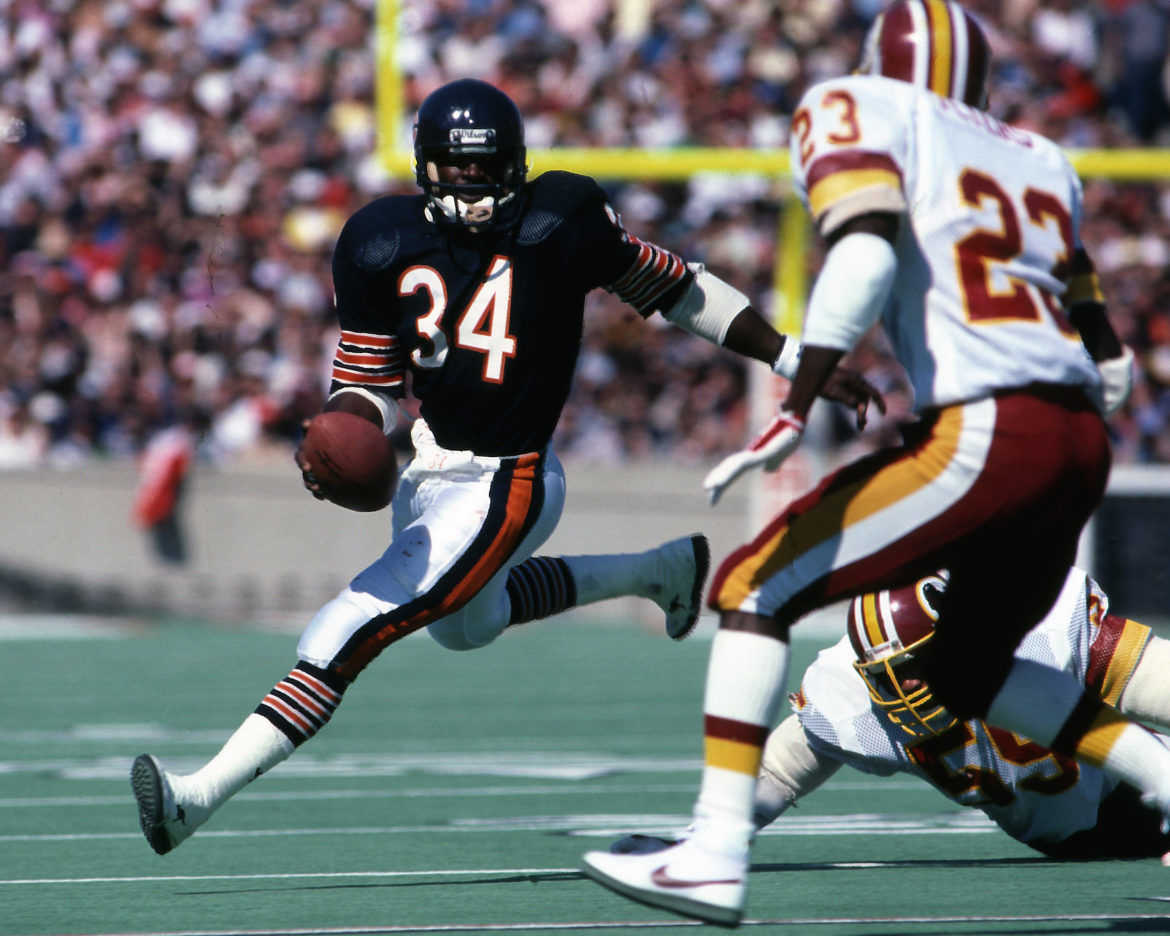 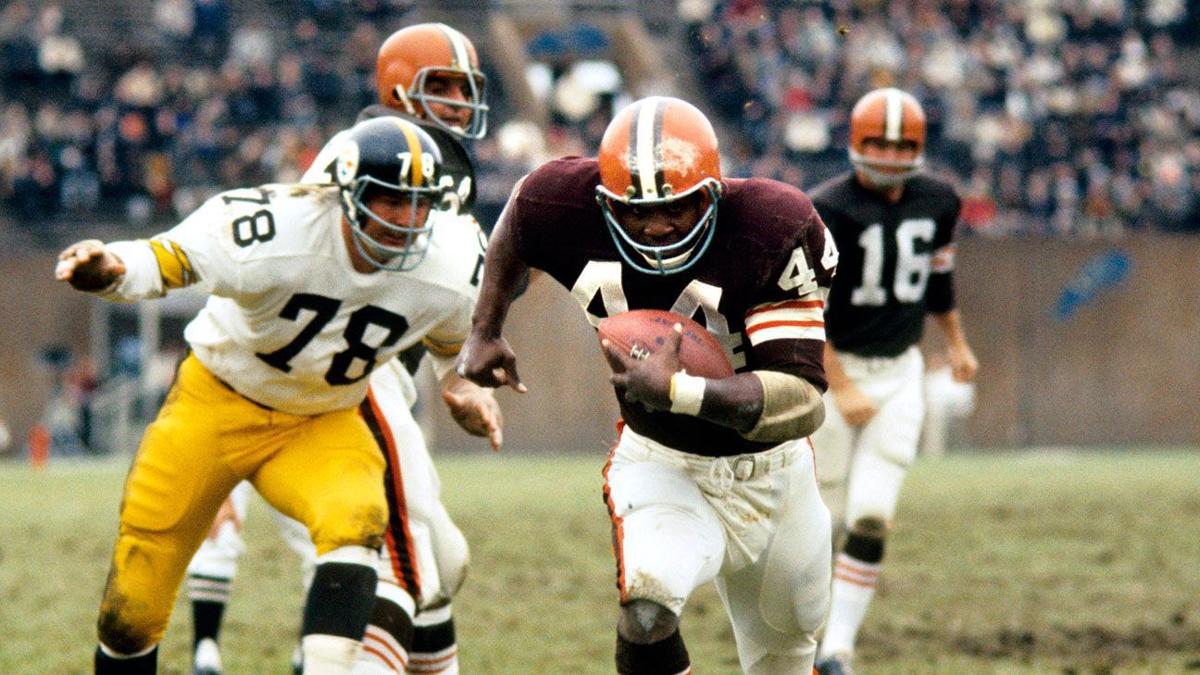 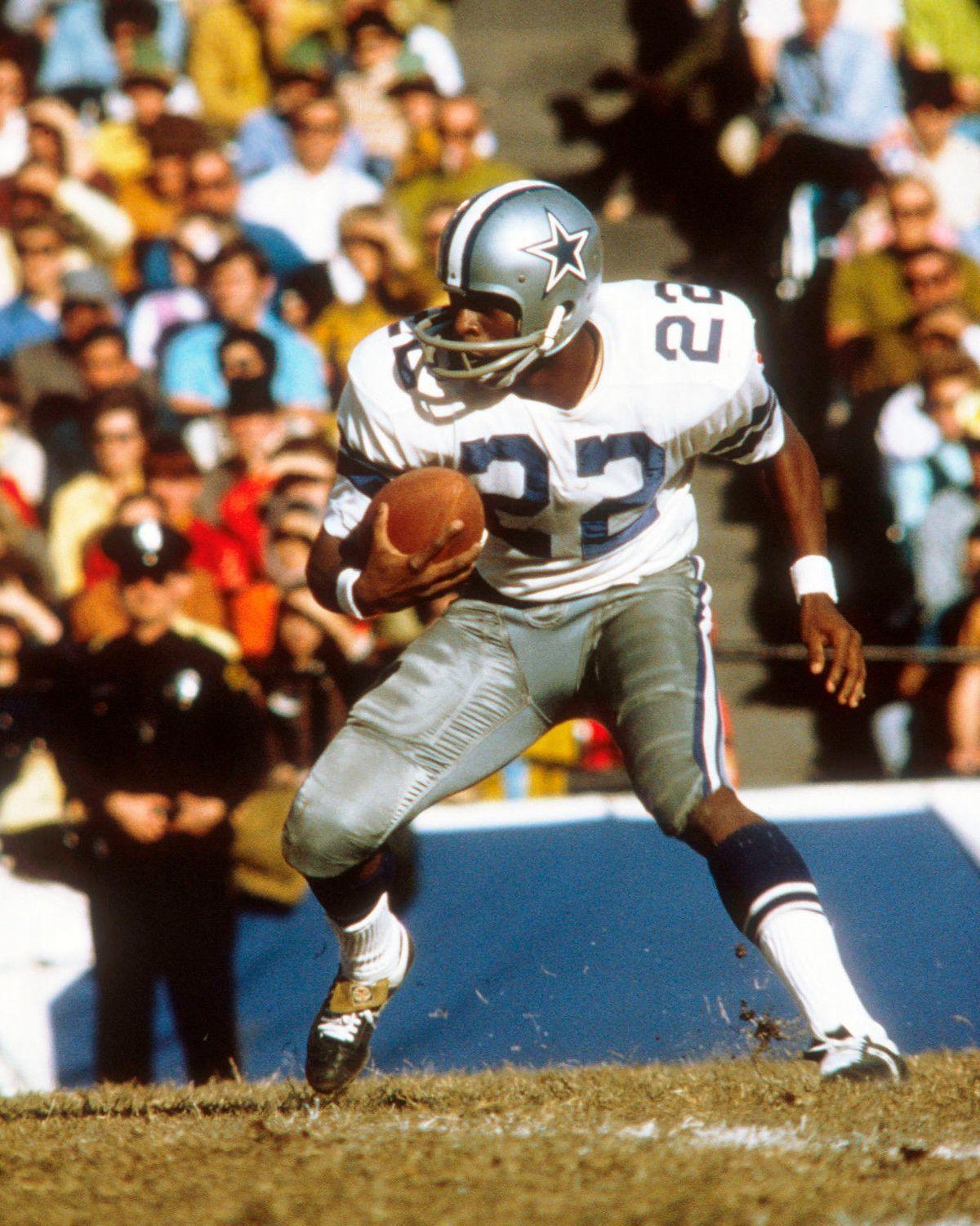 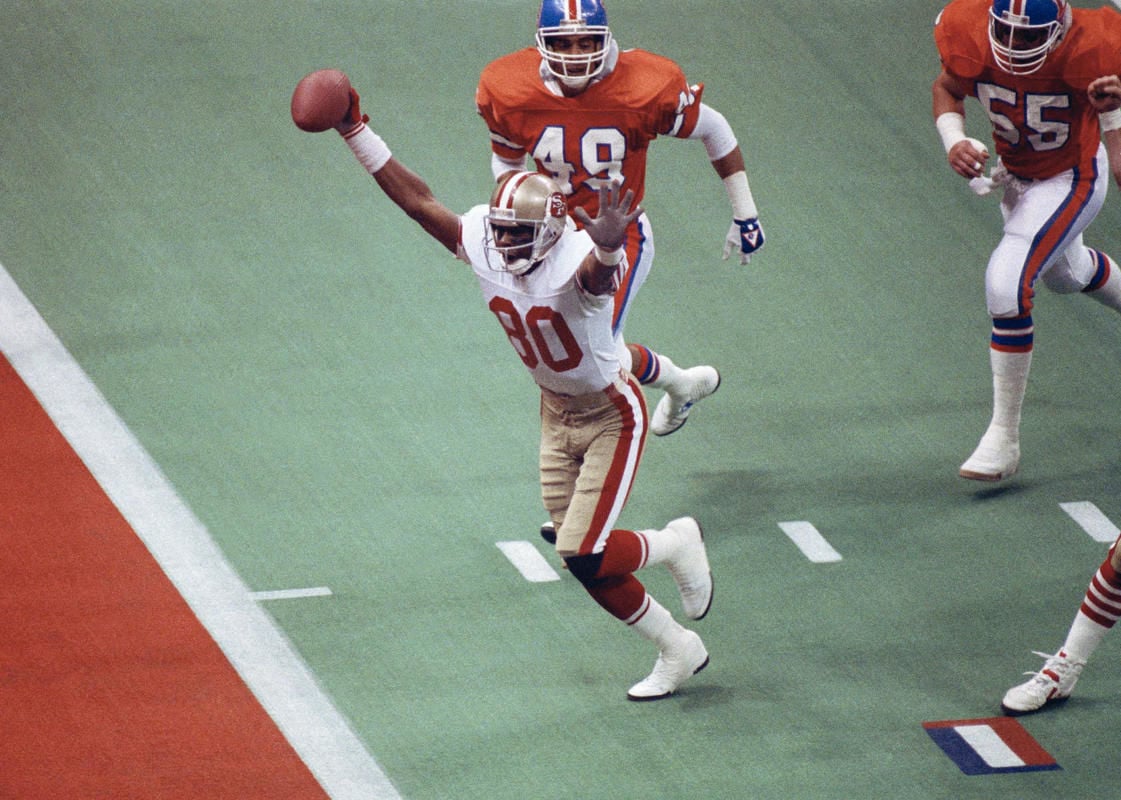 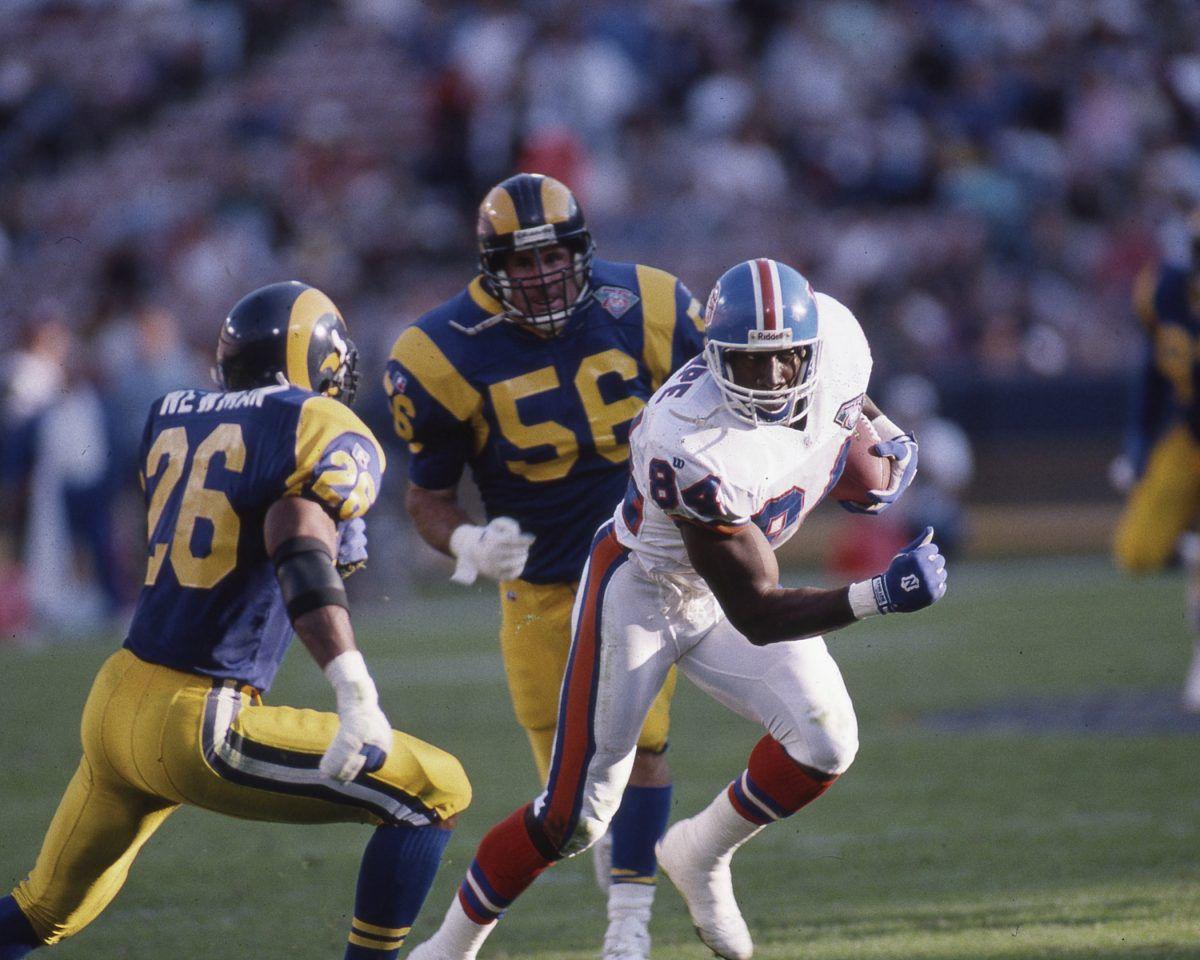 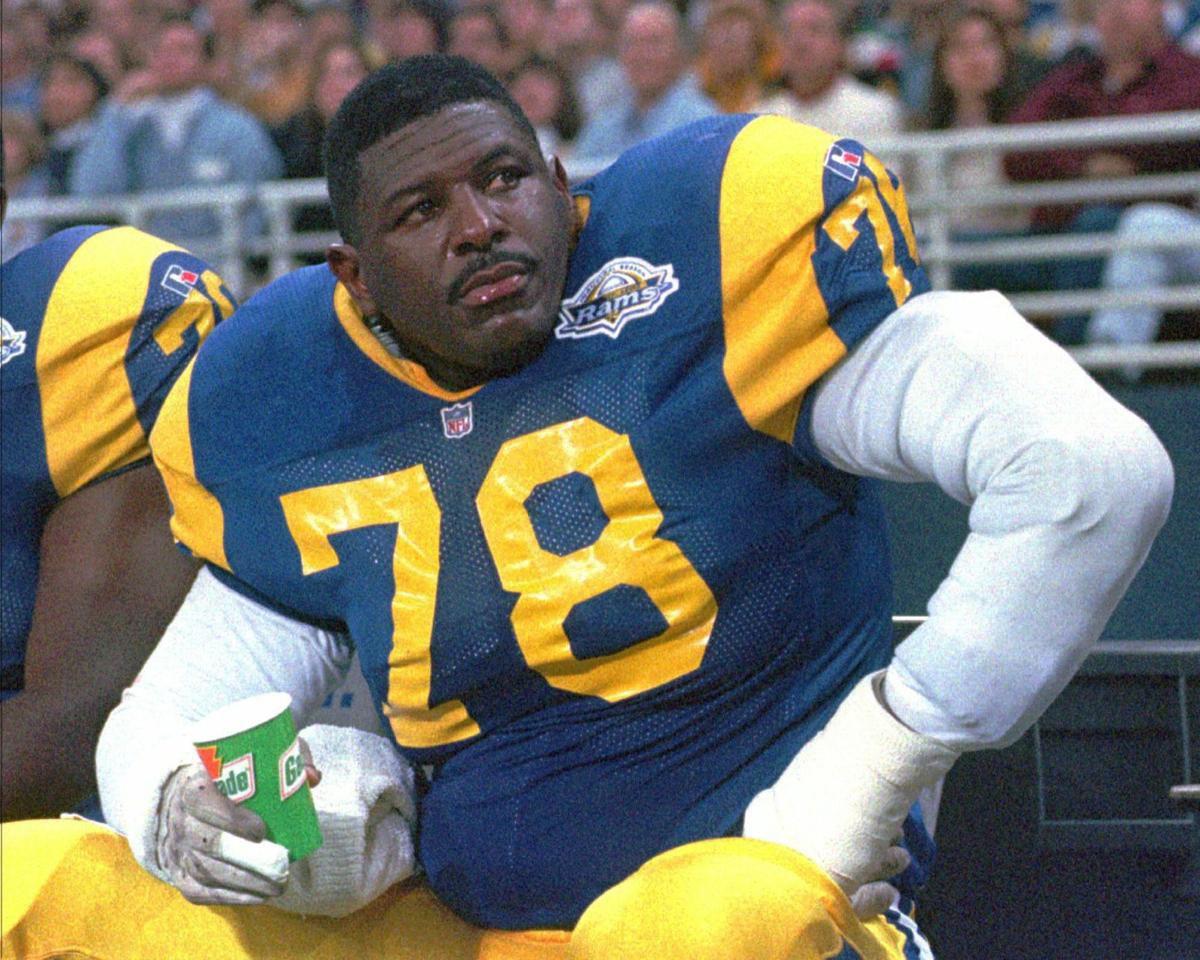 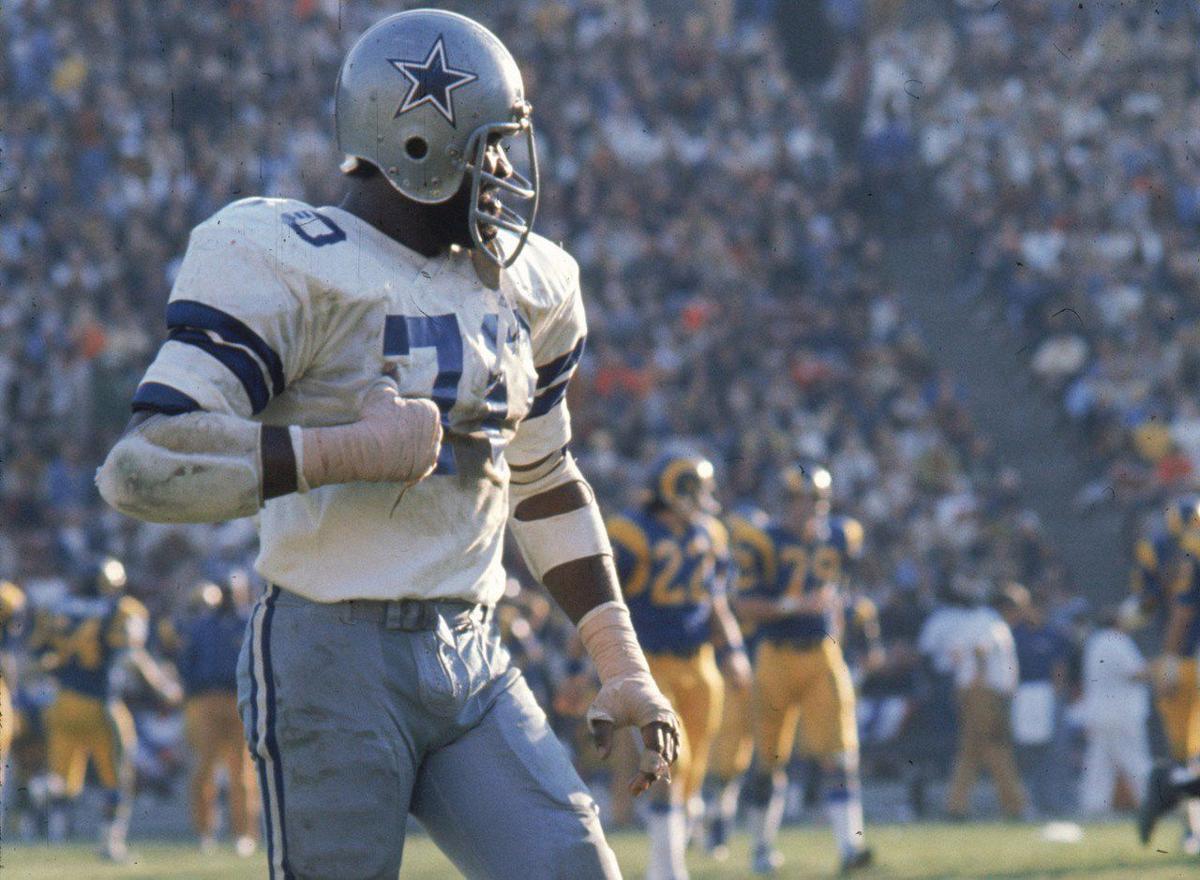 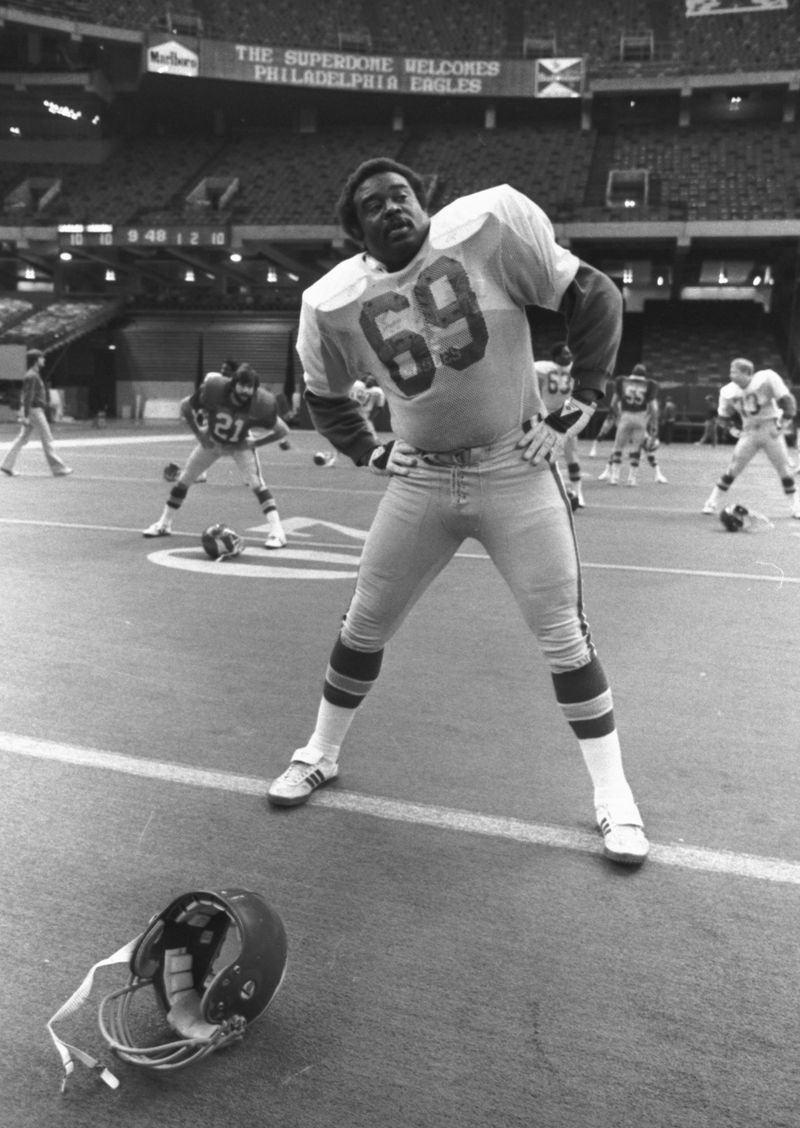 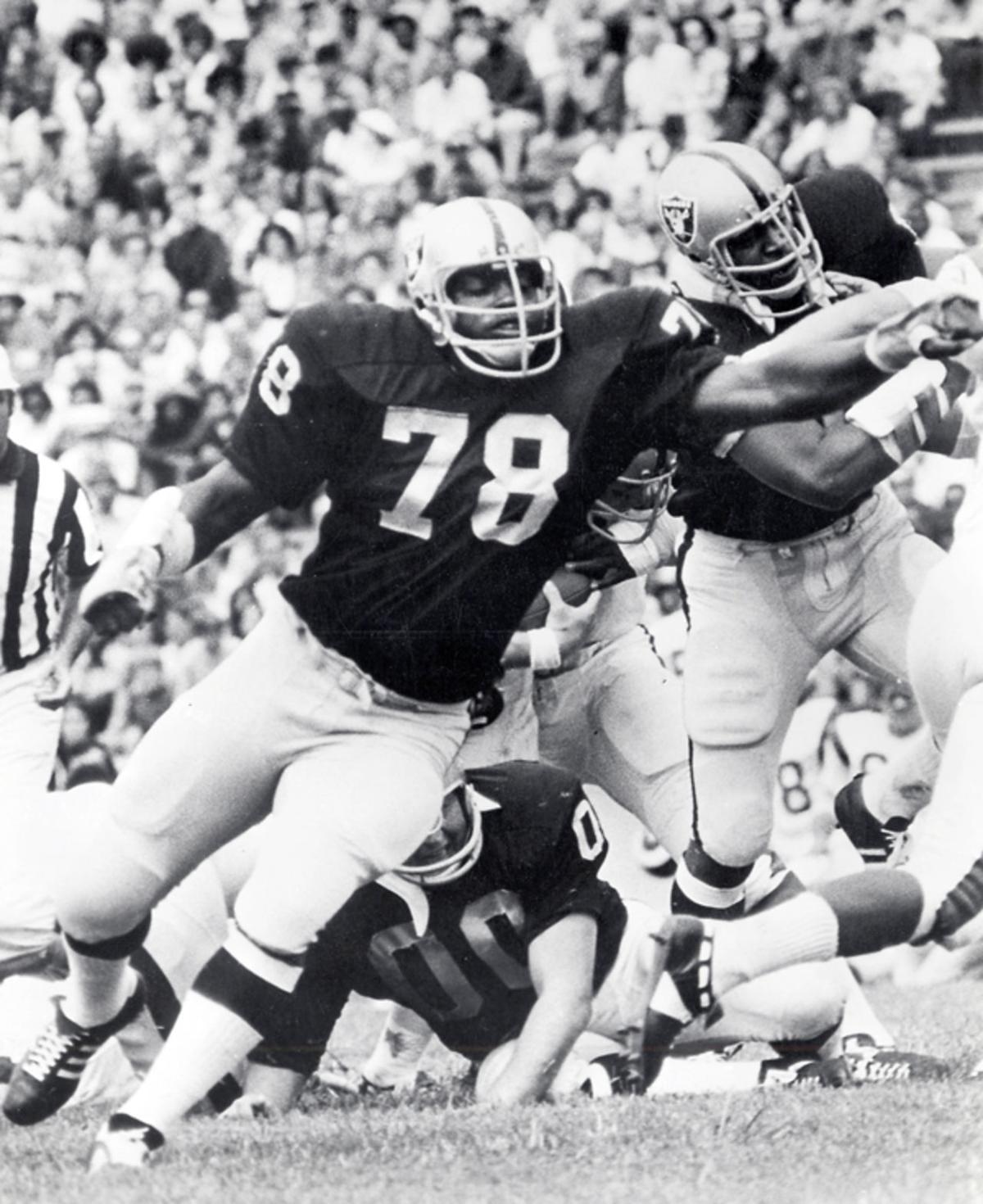 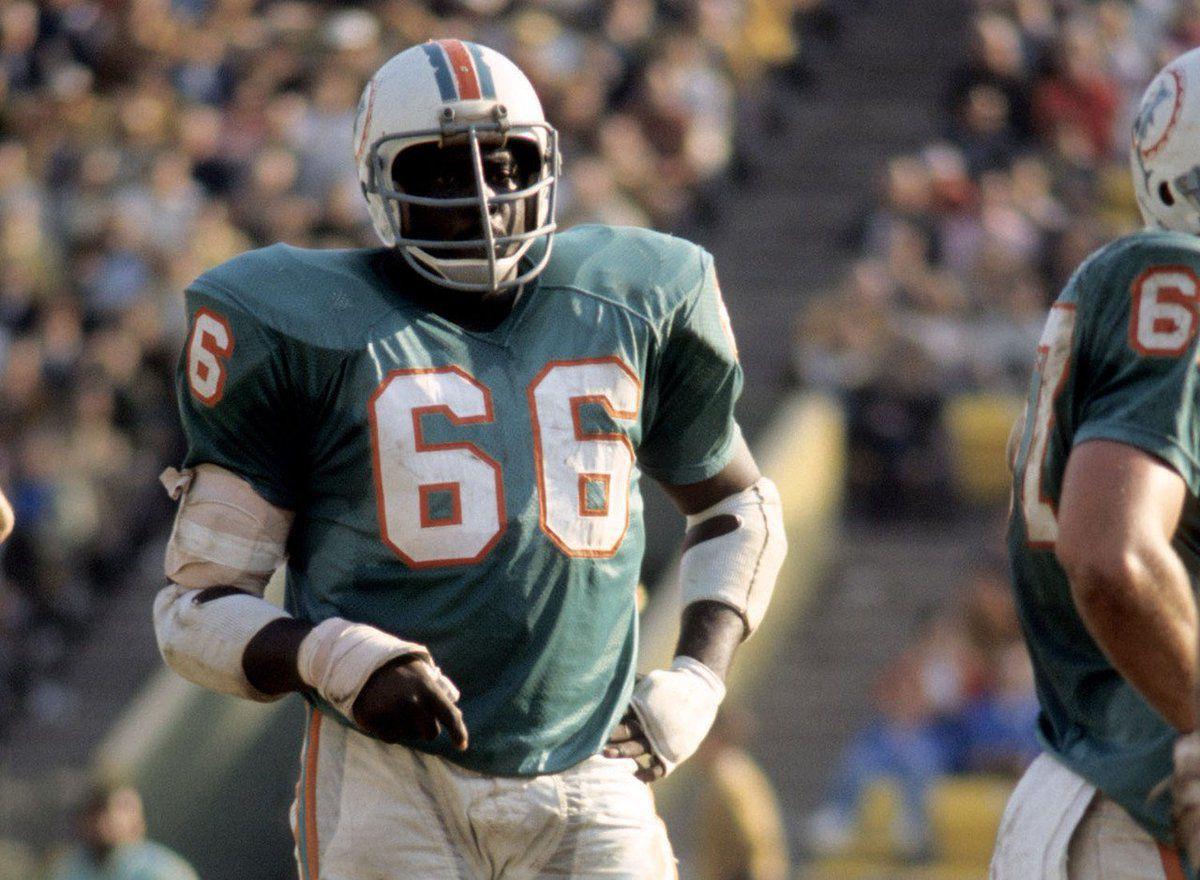 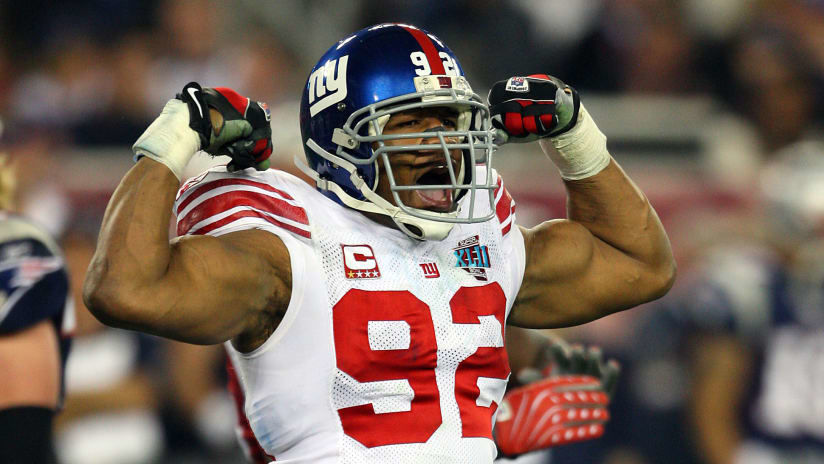 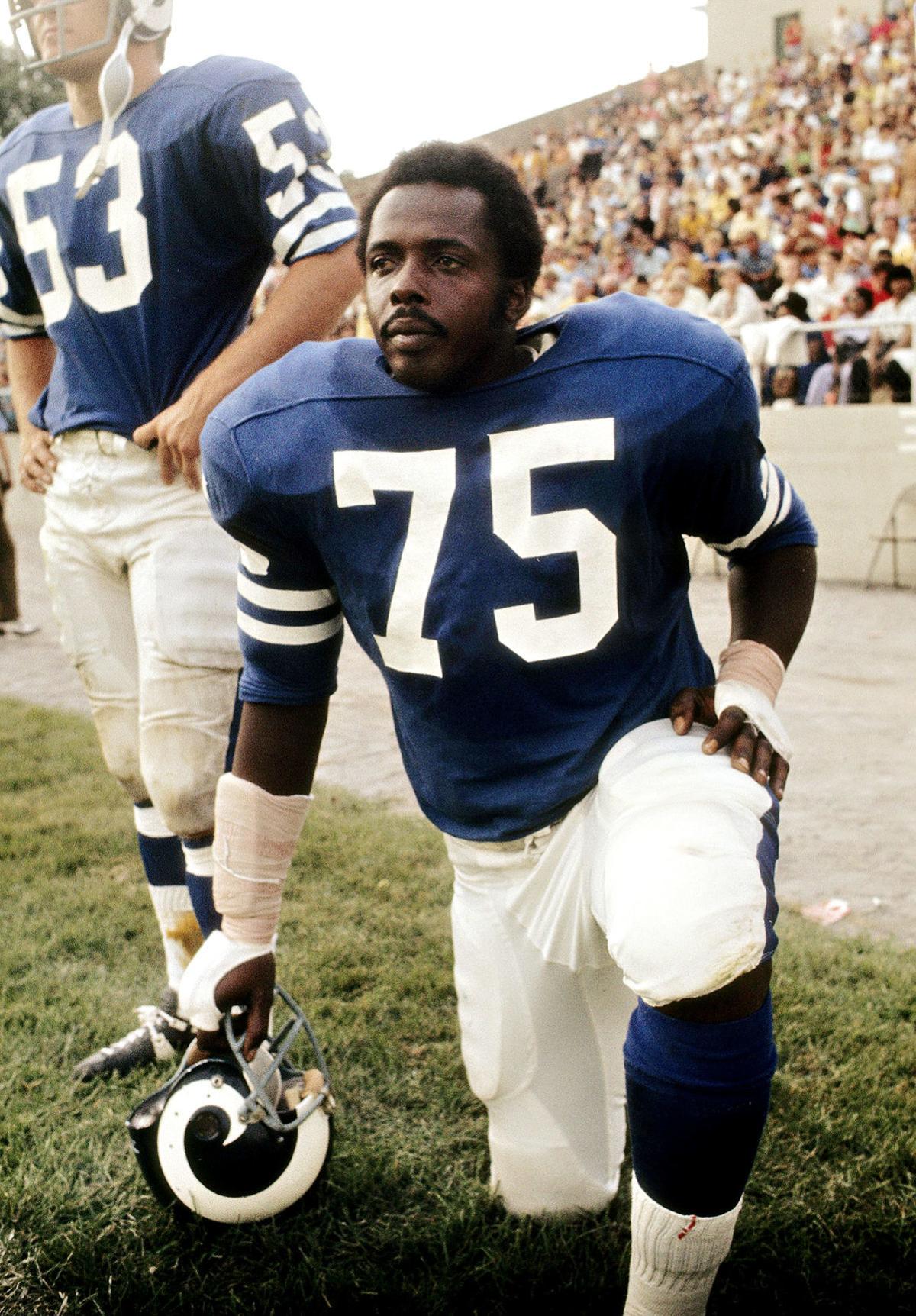 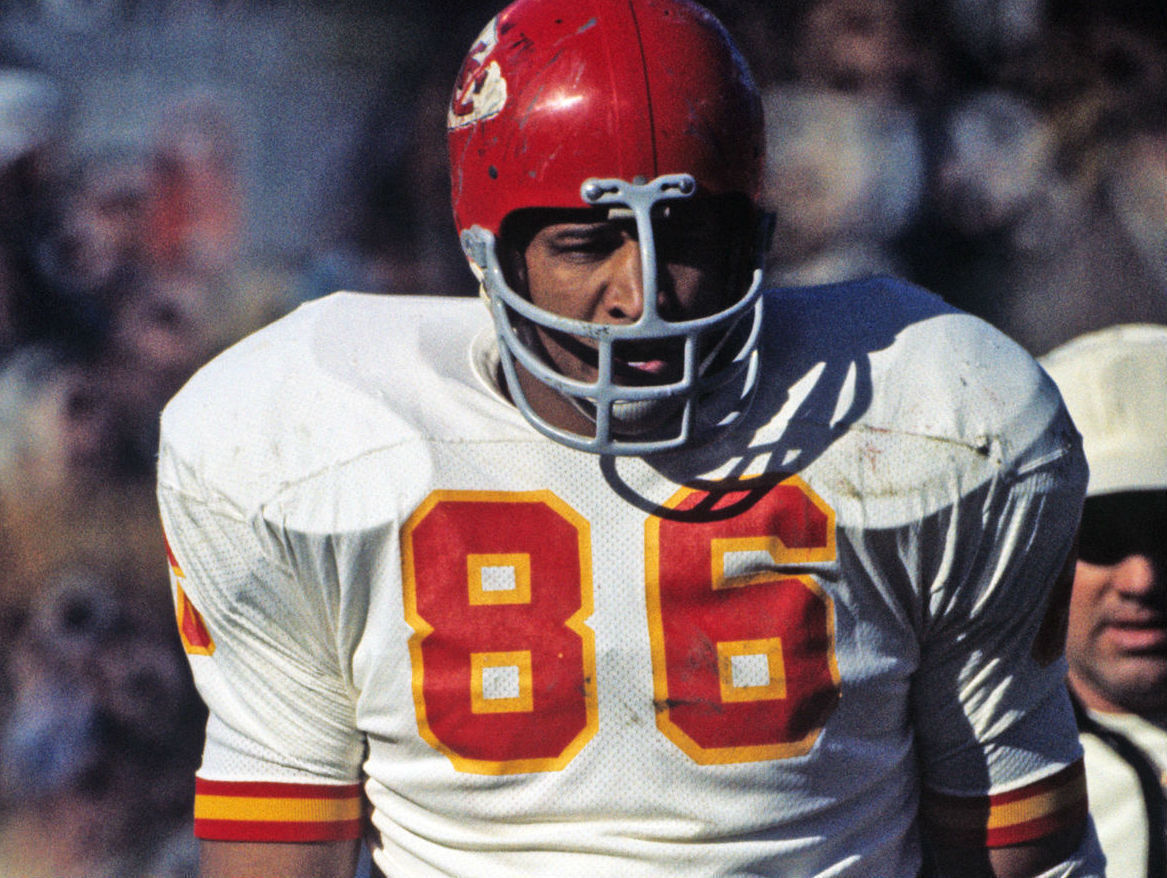 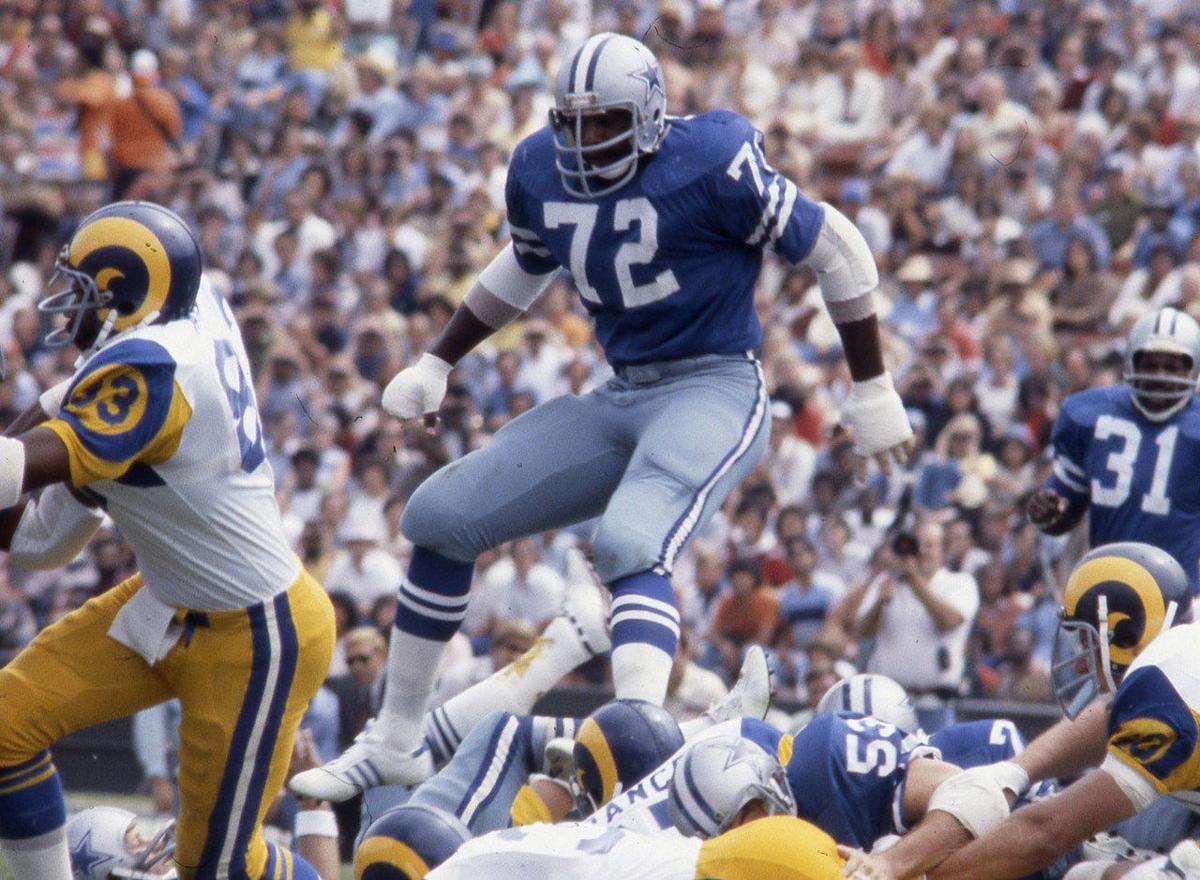 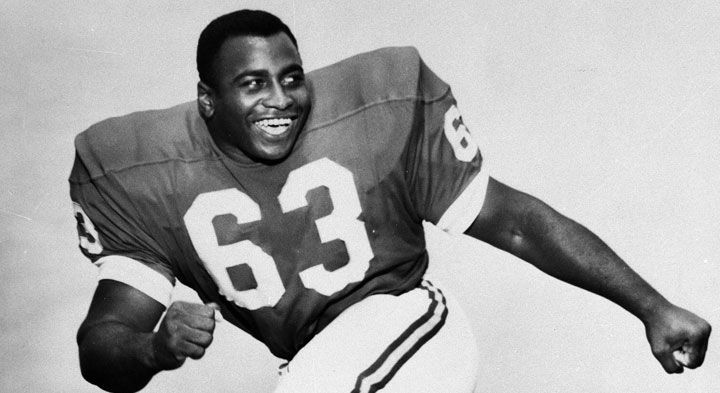 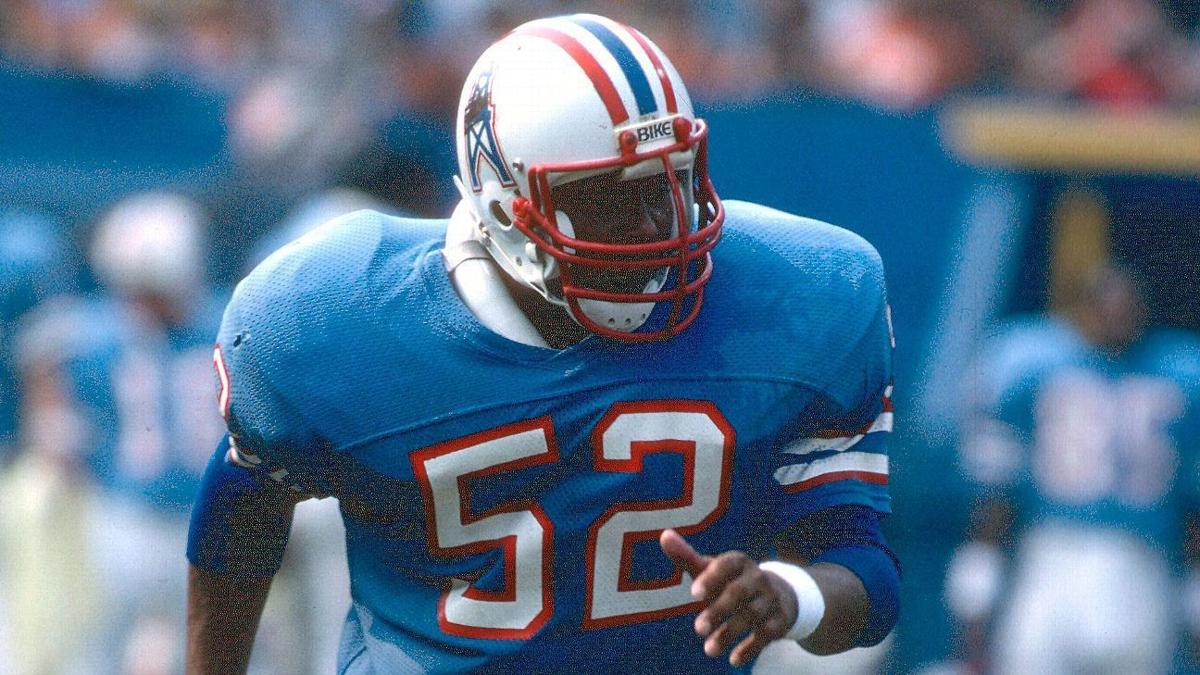 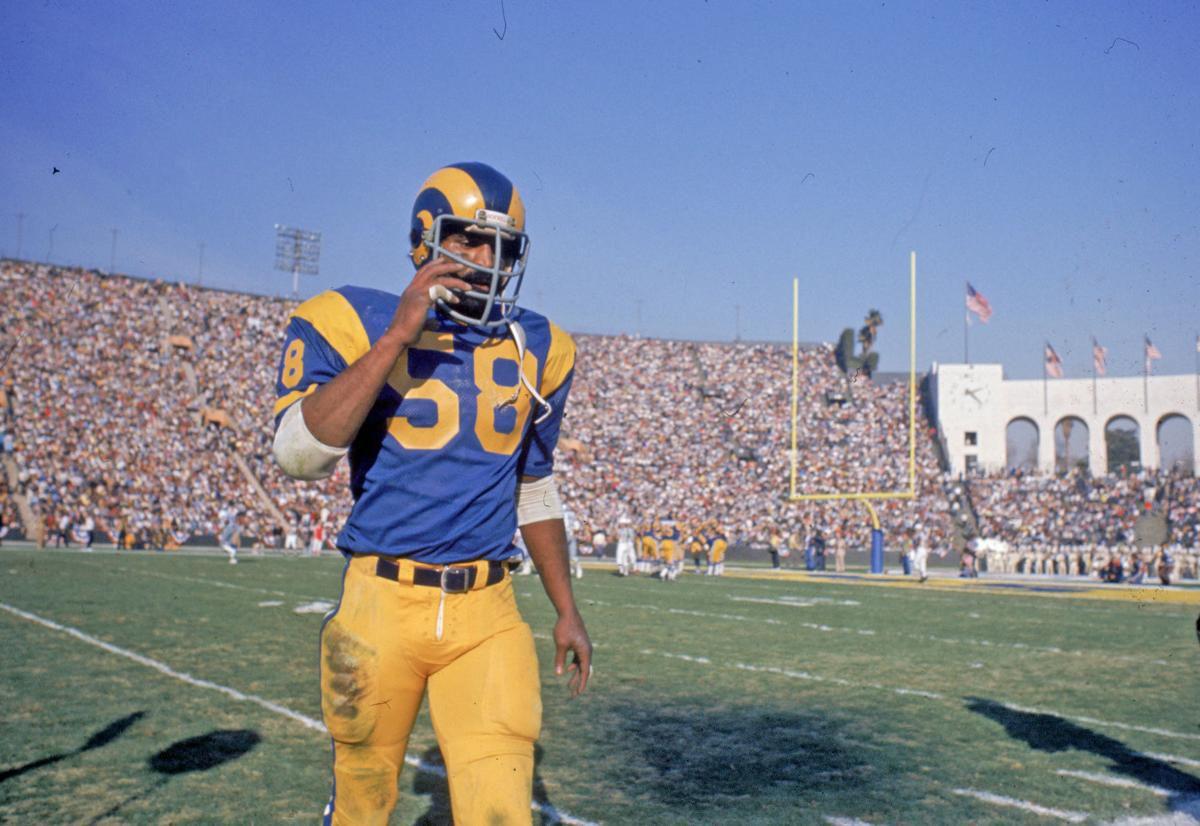 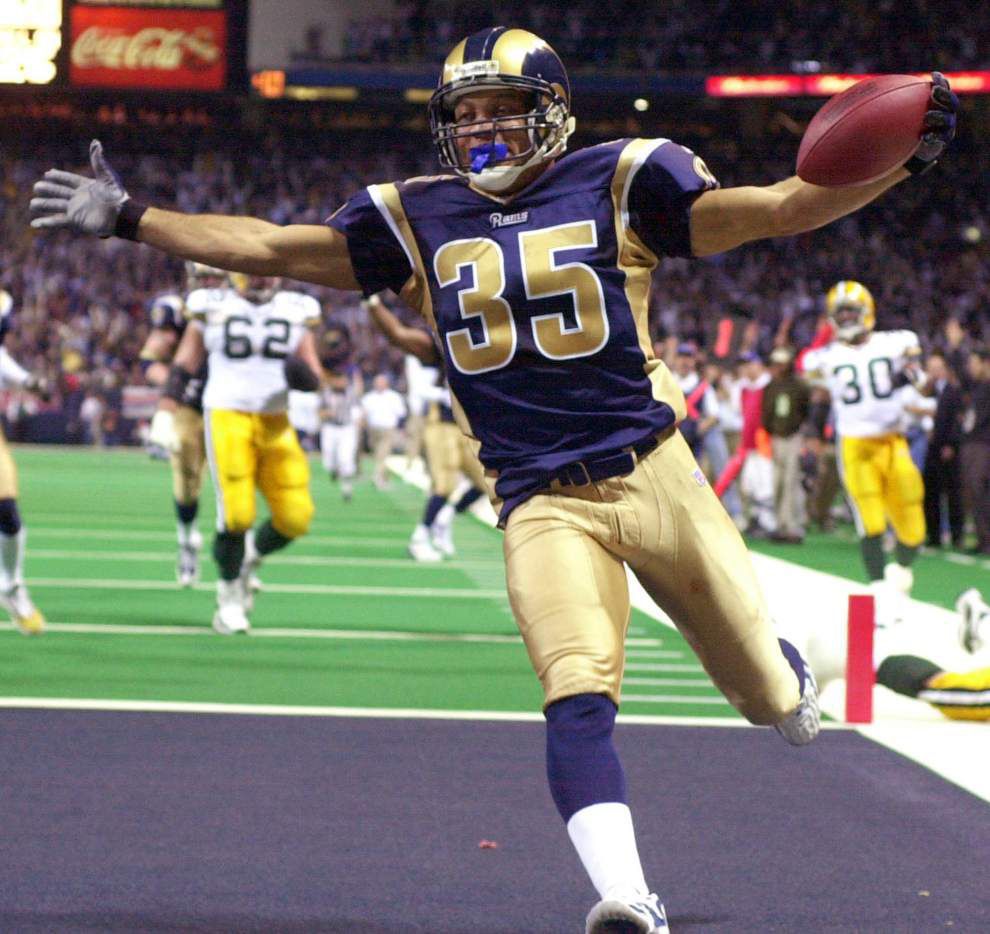 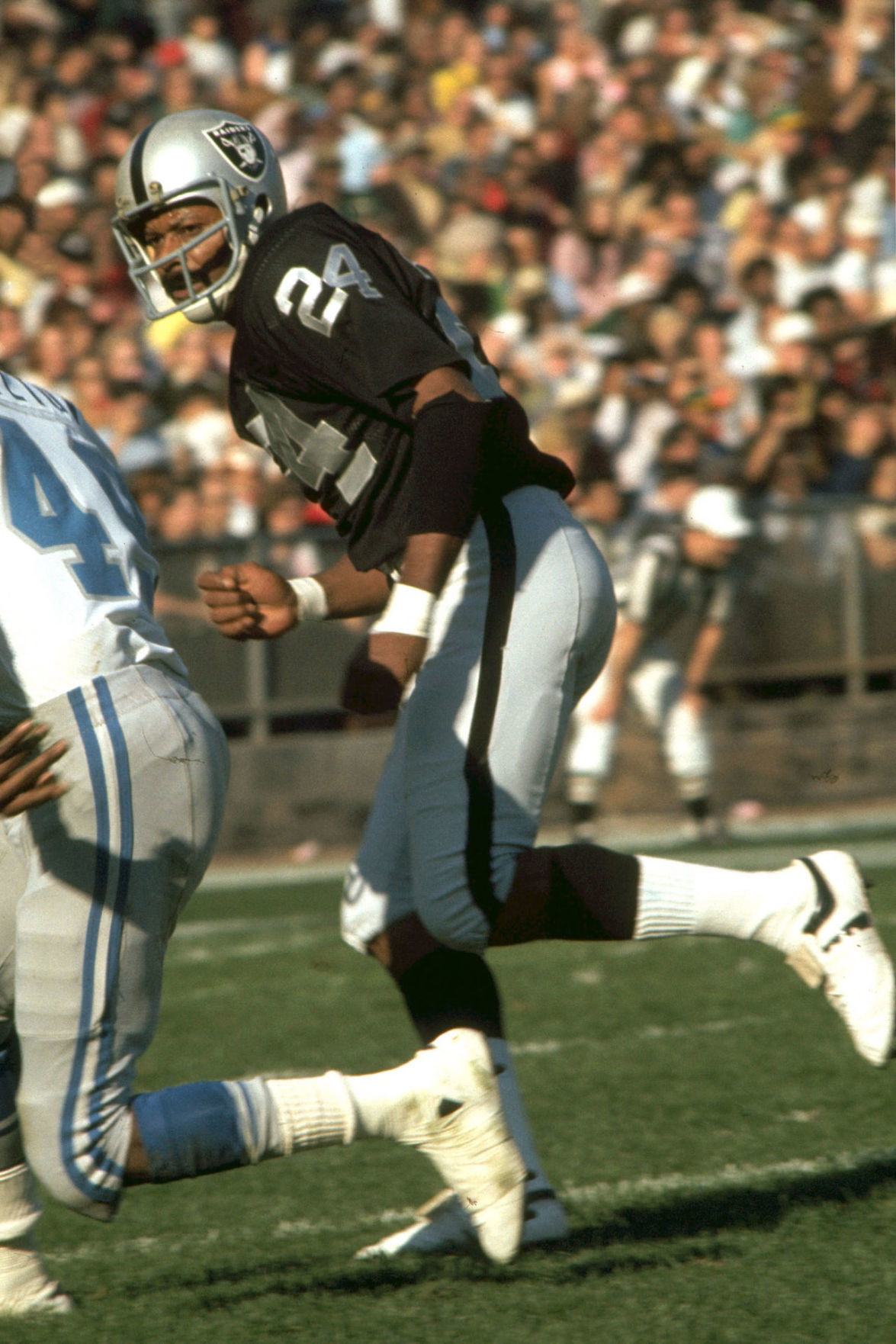 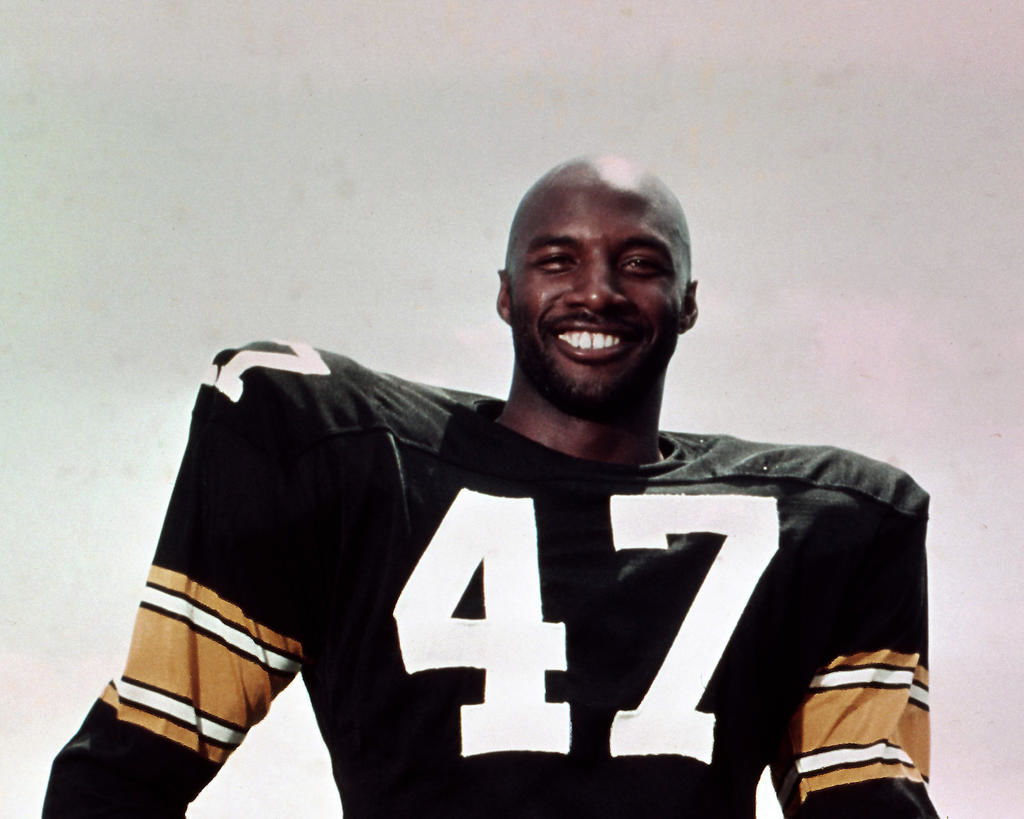 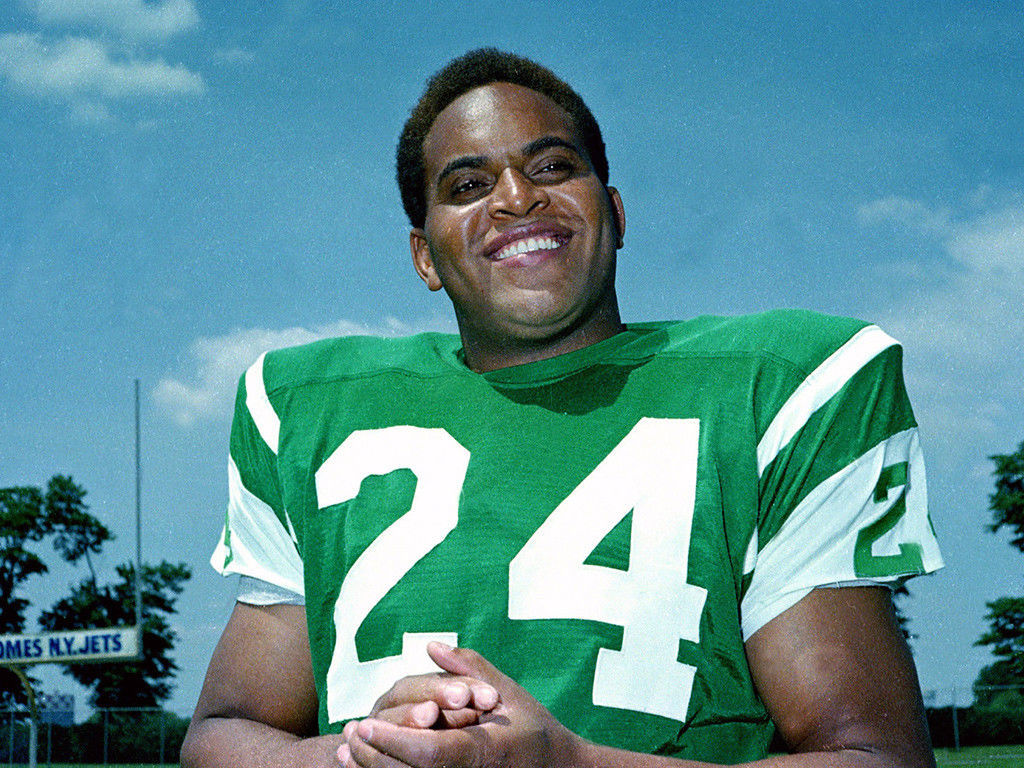 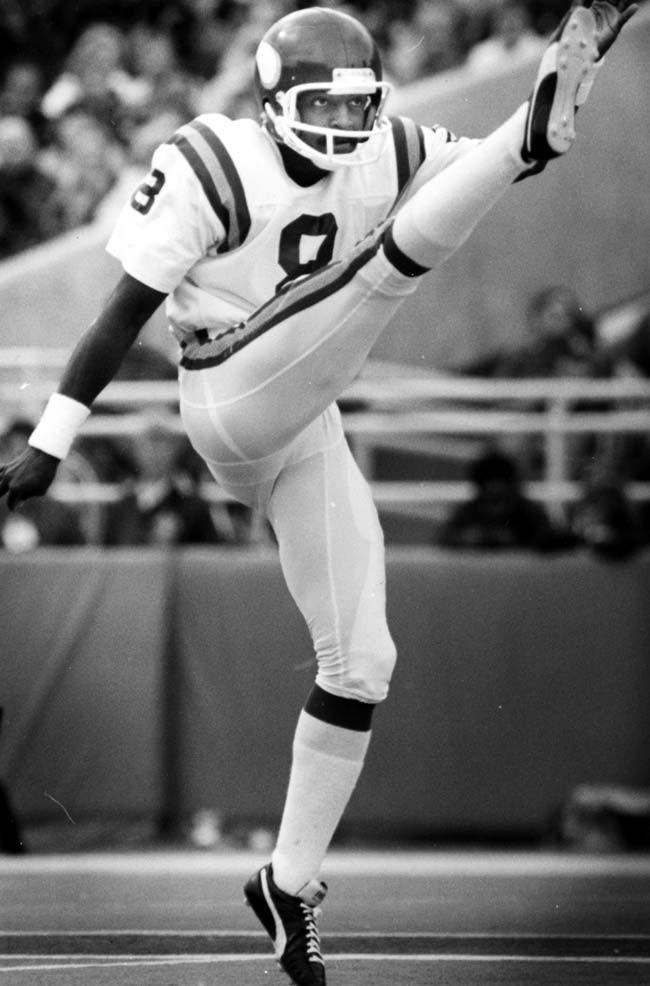 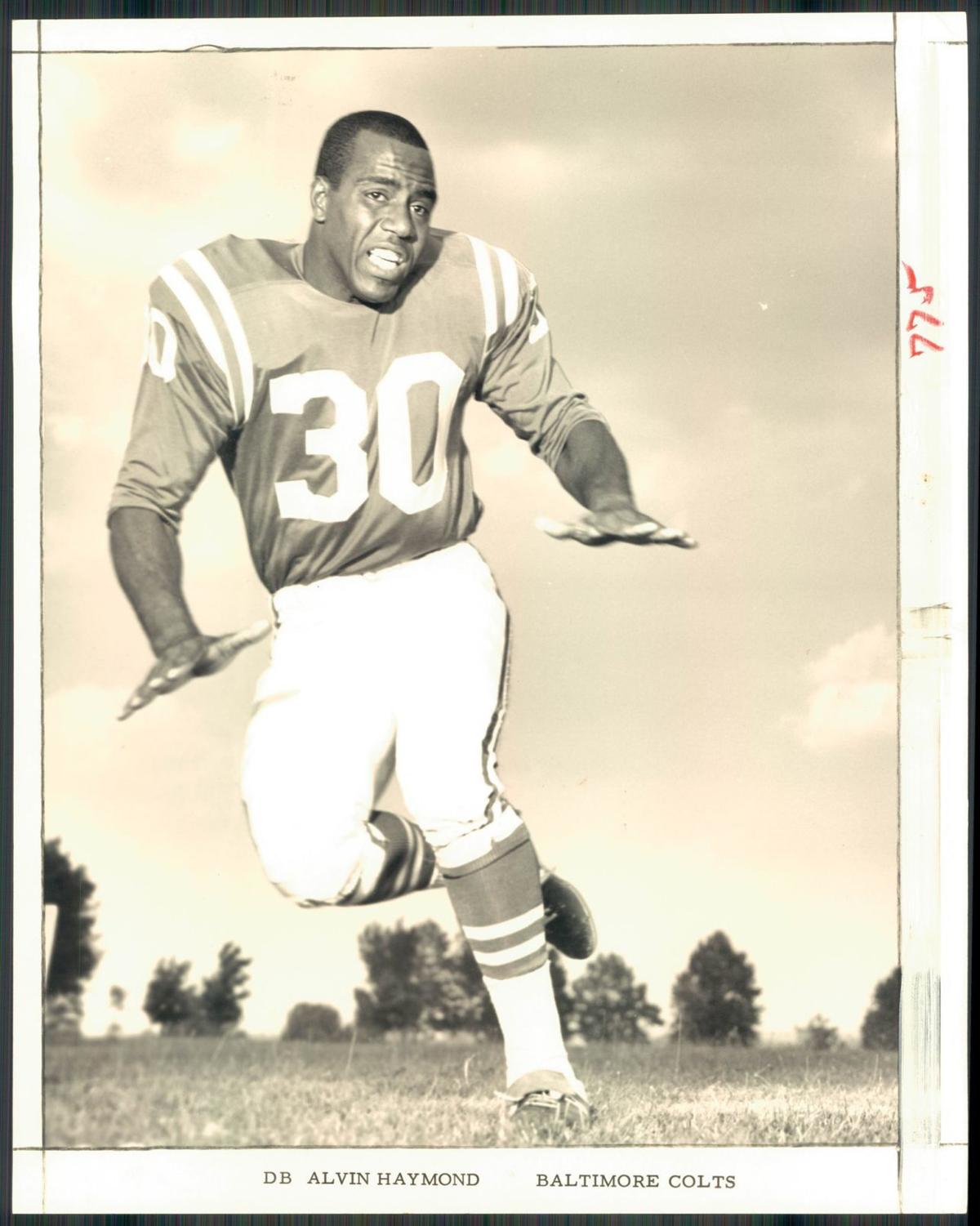 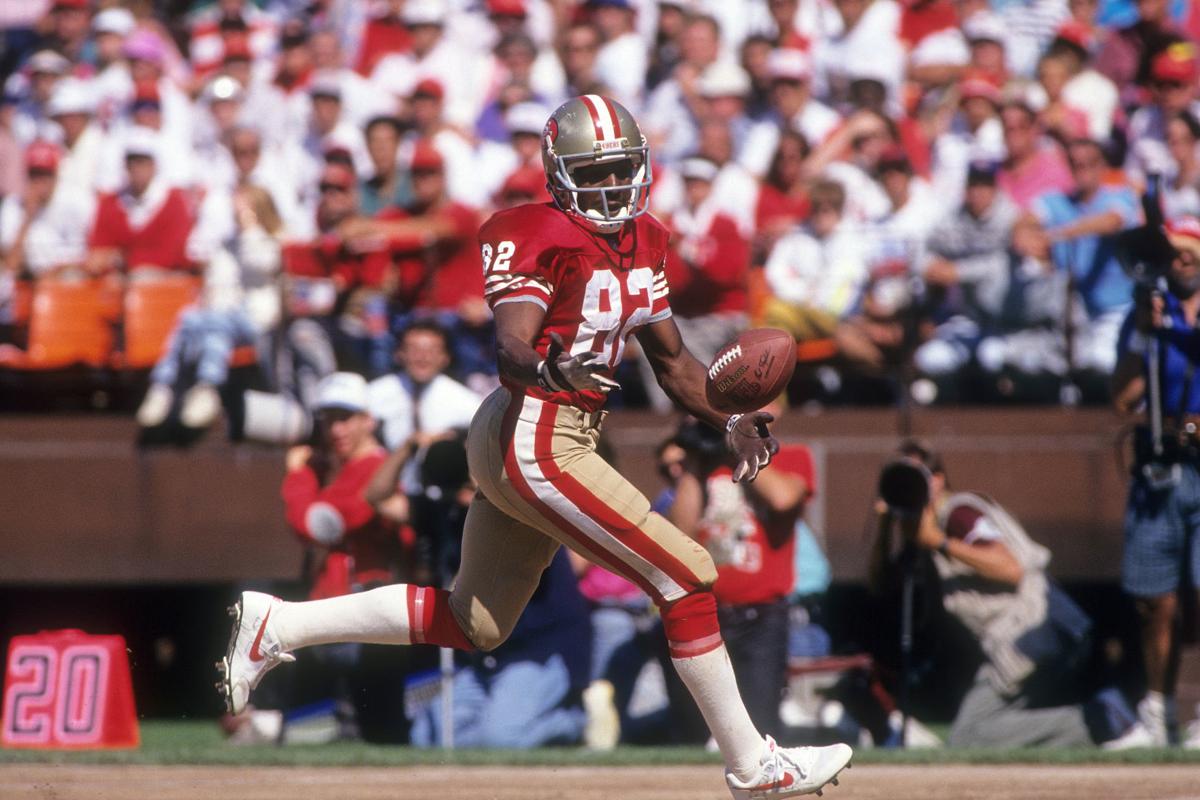 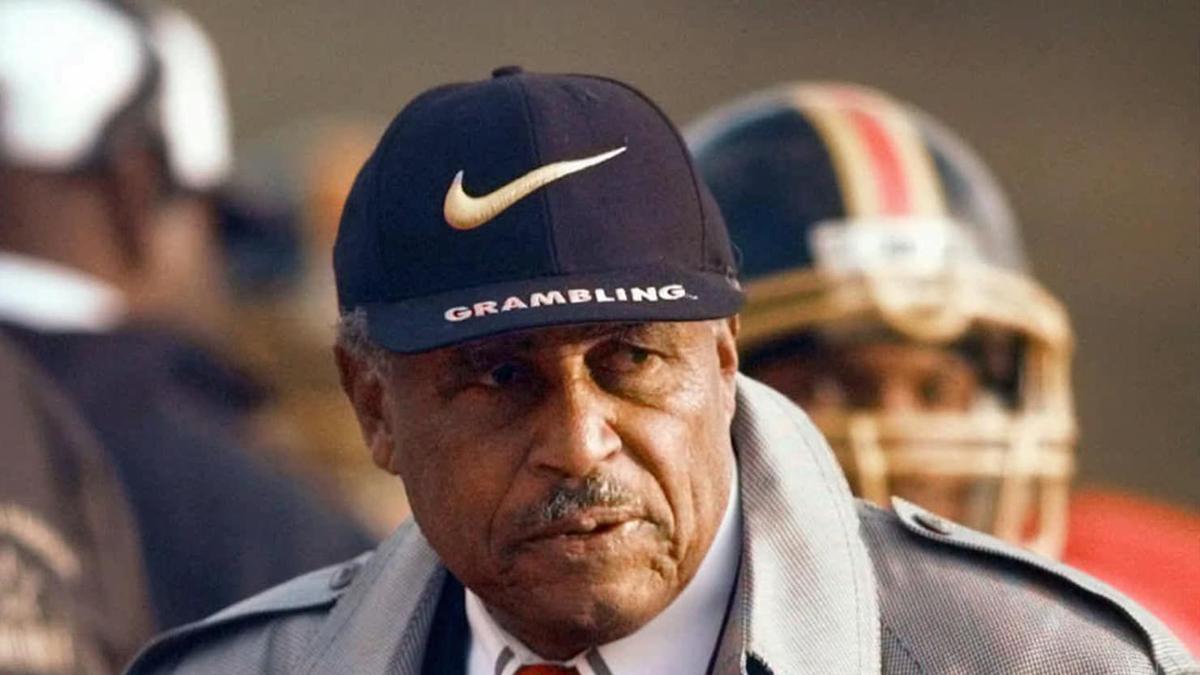 In 1978, Williams was named first team All-American. He threw for 8,411 yards in his college career. In 1988, he led the Washington Redskins to a 42-10 win over the Denver Broncos in Super Bowl XXI.

Payton had a great college career, gaining 3,563 yards. He was a terrific running back for the Chicago Bears. The Hall of Famer ran for 16,726 yards in his NFL career.

Kelly was a brilliant running back for Morgan State. He could run inside and outside. Kelly played most of his NFL career with the Cleveland Browns. He is a member of the Pro Football Hall of Fame.

Hayes was an Olympic champion sprinter. He was regarded as the “World’s Fastest Human.” He had a great career as a wide receiver. He was a big-time player with the Dallas Cowboys. He is a member of the Pro Football Hall of Fame.

Rice was a prolific wide receiver in Mississippi Valley State’s high-scoring offense. As a senior, he had 100 receptions for 1,845 yards and 28 touchdowns. Rice, a Hall of Famer, was a sensational wide receiver with the San Francisco 49ers.

Slater was an outstanding blocker. He was a three-time All-Southwestern Athletic Conference selection. He was a teammate of running back Walter Payton at Jackson State. The Hall of Fame offensive tackle played 20 years in the NFL with the Los Angeles and St. Louis Rams.

Wright was a great run and pass blocker. In 1967, the Dallas Cowboys drafted him in the seventh round. The Hall of Fame offensive lineman was a magnificent player with the Cowboys.

Shell was a very talented football player. He was an offensive and defensive lineman in college. He and Gene Upshaw were a fantastic blocking combination with the Oakland Raiders. Shell, a Hall of Famer, was also the first Black head coach in the NFL of the modern era. In 1989, he was named head coach of the Los Angeles Raiders.

Little had great strength and footwork. He was a classic pulling guard. The Hall of Famer played for the Miami Dolphins. He played on the 1972 Dolphins team that posted a 17-0 overall record.

In 1992, Strahan was named the SWAC Defensive Player of the Year. He holds the school record for 41.5 career sacks. He was a second-round draft pick of the New York Giants. He has 141.5 career sacks. He helped the Giants win a Super Bowl in 2007. Strahan is a member of the Pro Football Hall of Fame.

Jones was a tremendous pass rusher. Jones had a number of sacks in his NFL career. Unfortunately, sacks weren’t an official statistic when he played. Jones is a member of the Pro Football Hall of Fame.

Buchanan had a great ability to get to the quarterback. He was a fabulous all-around defensive player. He played for the Kansas City Chiefs from 1963-75. He is a member of the Pro Football Hall of Fame.

Jones was a 6-foot-9 pass rusher with great quickness and length. He was the No. 1 pick by the Dallas Cowboys in the 1974 NFL Draft. The three-time Pro Bowler played 15 seasons in the NFL.

Lanier was a small college All-American. He was a great open field tackler. He was a terrific linebacker for the Kansas City Chiefs. Lanier is a member of the Pro Football Hall of Fame.

Brazile was a teammate of Walter Payton’s at Jackson State. As a linebacker, he covered a lot of ground. He was a great tackler. Brazile was inducted into the Pro Football Hall of Fame this summer.

Robertson had a tremendous senior year with 112 total tackles. In 1971, he was a first-round pick of the Los Angeles Rams. He was named Rookie of the Year. Robertson played for the Rams and the Buffalo Bills. He was also named to six Pro Bowls in his NFL career.

Williams played just two seasons of college football. However, he was a third-round pick of the Arizona Cardinals in the 1991 NFL Draft. Williams played for the Cardinals and the St. Louis Rams. He was an eight-time Pro Bowl selection. He is a member of the Pro Football Hall of Fame.

Brown led Grambling State to coach Eddie Robinson’s first SWAC title in 1960. Despite not being drafted, he played 16 years with the Oakland Raiders. He finished his career with 54 interceptions. Brown played on two Super Bowl championship teams. He is a member of the Pro Football Hall of Fame.

Blount was a two-time All-SWAC selection in college. As a junior, he was named MVP of the conference. In 1970, he was a third-round pick of the Pittsburgh Steelers. He won four Super Bowl championships with the Steelers. He had 57 career interceptions. Blount is a member of the Pro Football Hall of Fame.

Sample led Maryland State to two Central Intercollegiate Athletic Association championships. He was the first player from an HBCU to be selected to play in the College All-Star Game. He is the only player to win an NFL, AFL and Super Bowl title.

Coleman was a spectacular punter with the ability to punt the ball long and far. He played 12 years in the NFL. Ten of those years were with the Minnesota Vikings.

Haymond was an exciting kick returner. He had great speed and moves in the open field.

Taylor was fantastic wide receiver in college as well as the NFL. He could also change the game with a big-time punt return.

Robinson compiled an impressive 408-165-15 overall record in his career. He was the head coach at Grambling State for 56 years and sent several players to the NFL.

Marlin Briscoe didn't want to be pigeonholed simply because of stereotypes against black men. He was a star quarterback in college, and he bel…

Villanova basketball star Eric Paschall made the watch list for the Karl Malone Power Forward of the Year Award.