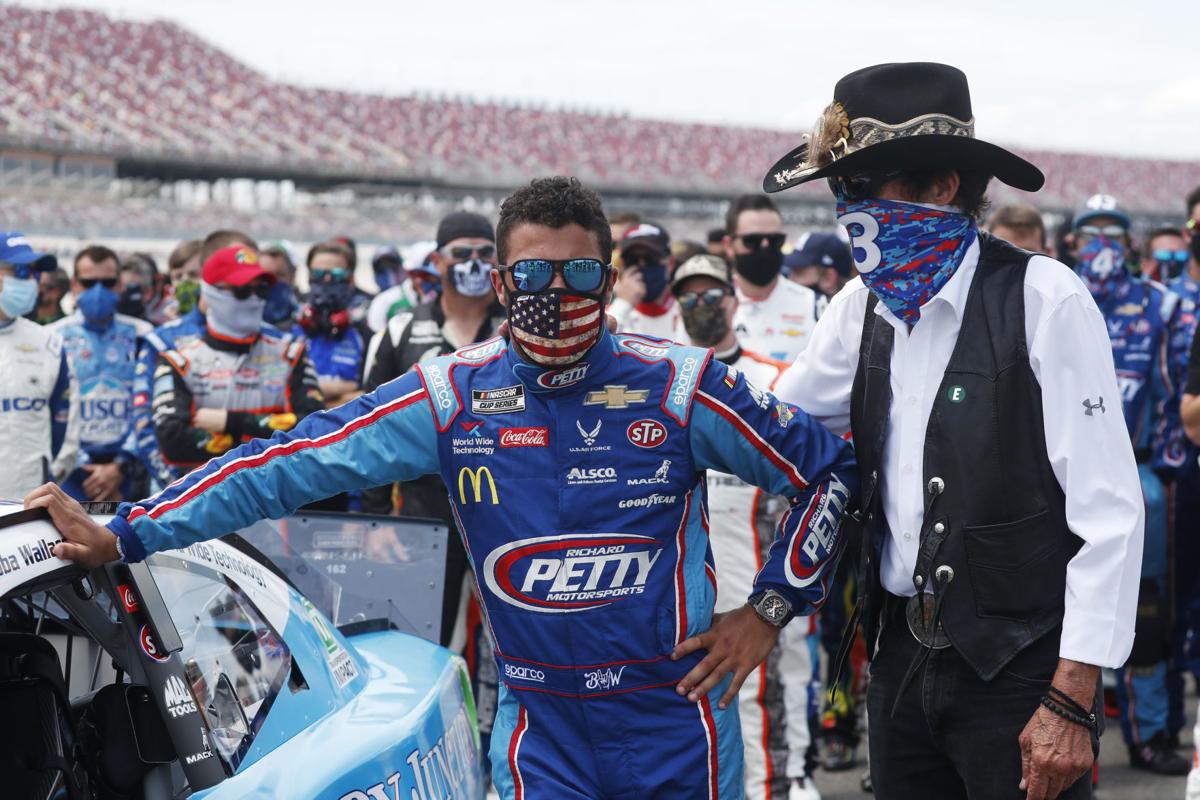 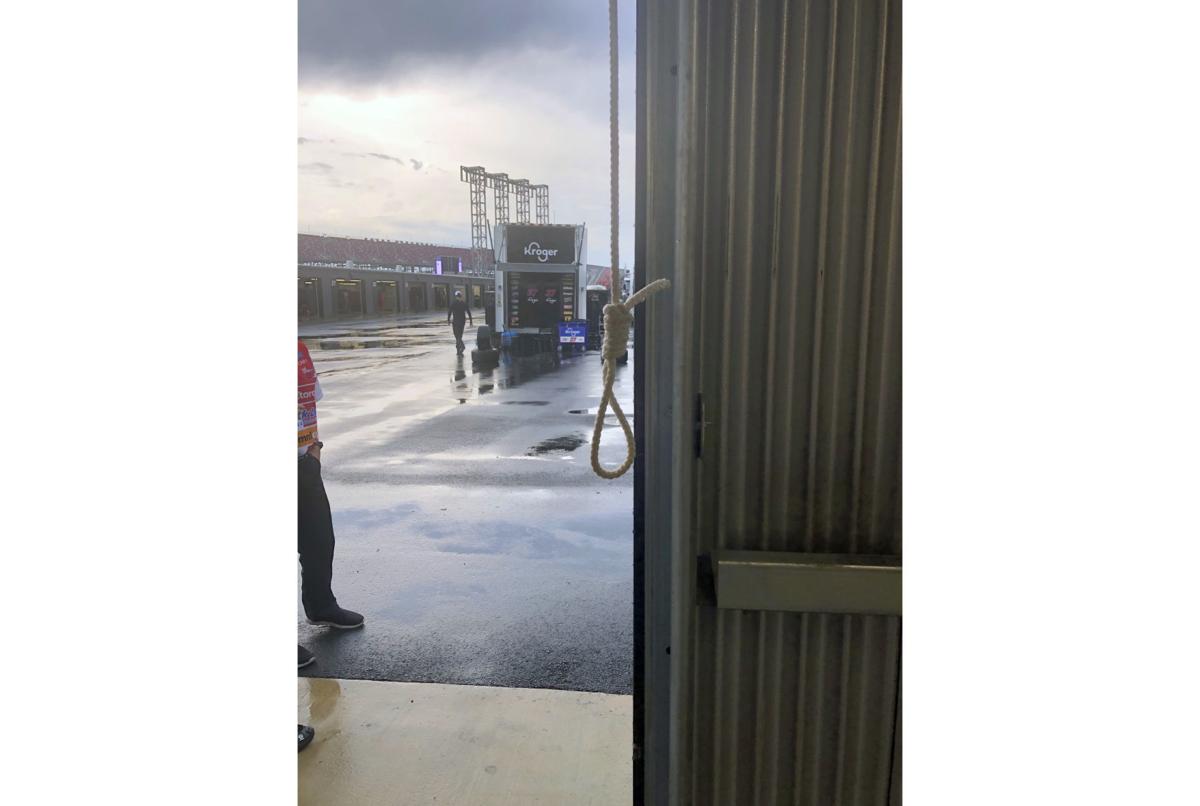 This photo provided by NASCAR shows the noose found in the garage stall of Black driver Bubba Wallace at Talladega Superspeedway in Talladega, Ala., on Sunday, June 21, 2020. The discovery prompted a federal investigation that determined the rope had been there since at least last October. — NASCAR via AP

This photo provided by NASCAR shows the noose found in the garage stall of Black driver Bubba Wallace at Talladega Superspeedway in Talladega, Ala., on Sunday, June 21, 2020. The discovery prompted a federal investigation that determined the rope had been there since at least last October. — NASCAR via AP

Bubba Wallace knows it's difficult but he wants to move beyond what happened last weekend at Talladega Superspeedway in Alabama.

On Sunday, a noose was found hanging in Wallace's team garage stall. Wallace, 26, is the only Black driver in NASCAR. According to NASCAR and the FBI, in a thorough sweep of the 29 tracks and 1,684 garage stalls at the speedway, authorities found 11 pull-down ropes tied in a knot -- but only one noose.

"Let's focus on racing, it's as easy as that," Wallace said during a Zoom conference call on Friday.

The Mobile, Alabama native is scheduled to race twice this weekend — the Pocono Organics 325 on Saturday and the Pocono 350 on Sunday — at Pocono Raceway, about 95 miles north of Philadelphia.

"Let's focus on racing. Let's focus on how we can continue to push the message of love compassion and understanding, and let's not fight the good fight in what's going on in the world today," Wallace said. "Let's get fans, new fans, out to the racetrack and encourage our fan base now to welcome them with open arms and show them a good time. That's one important piece that we can focus on right now.

"Let's get away from Talladega. Let's move on from that. Let's put it to bed. Let me go out and have some good races, have some bad races try to figure out what the hell we're going to do to rebound from those bad races, and get back into the race car life," he added.

Wallace, who recently was successful in getting NASCAR to ban the Confederate flag at its sanctioned events, acknowledges that he's been emotionally drained from being the focus of media attention for something other than his driving skills.

During the recent investigation, it was discovered the noose had been fashioned back in 2019. NASCAR President Steve Phelps could not say why no one had reported it until last weekend.

"We further determined that the noose was not in place when the October 2019 race weekend began, but was created at some point during that weekend," Phelps said. "Given that timing and the garage access policies and procedures at the time, we were unfortunately unable to determine with any certainty who tied this rope in this manner or why it was done."

The discovery of the noose last week in Wallace's garage stall at Talladega came as many people address systemic racism across the United States in the wake of the police killing of George Floyd in Minneapolis last month.

The FBI concluded in its investigation that the noose found in Wallace's No. 43 Richard Petty Motorsports garage stall at Talladega Superpeedway was not a federal crime.

Trump lashes out at NASCAR, Bubba Wallace over flag and noose