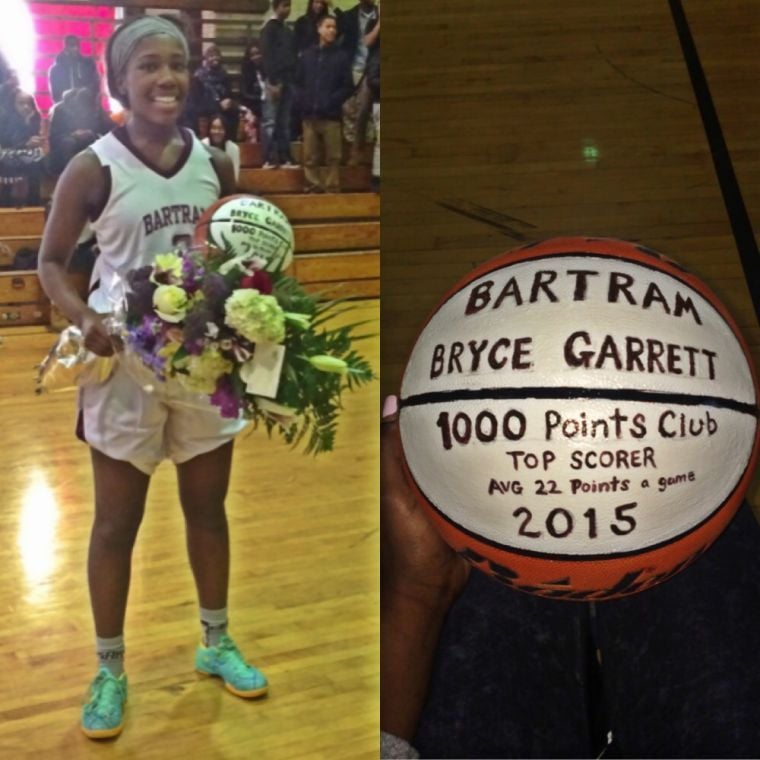 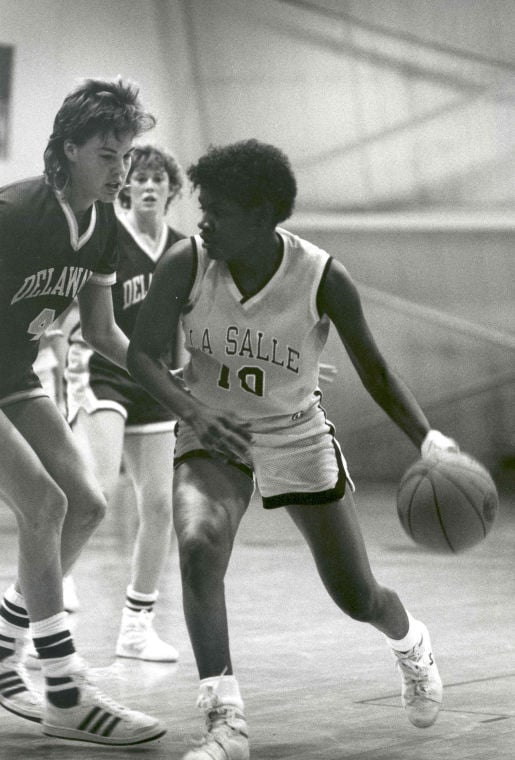 Bartram High basketball star Bryce Garrett has been one of the city’s most prolific scorers over the last three years. Garrett recently tallied 26 points to help Bartram defeat High School of the Future, 61-33, to eclipse the 1,000 point plateau.

She averages 22 points a game. Garrett’s scoring prowess has Bartram among the best teams in the Public League. They have a 9-2 record. The Bartram High senior will play her college basketball at Delaware State next season. Her father, Joe Garrett, is her high school basketball coach. Joe played on West Philadelphia High School’s 1977 championship, which featured former All-America Gene Banks, who played for Duke and in the NBA.

Hester is the fifth-highest scoring player in La Salle women’s basketball history tallying 1,490 points from 1982-86. She averaged 13.8 points a game in her four seasons, including 18.8 points a contest to lead the Explorers to their second-ever NCAA tournament appearance in her senior year.

Hester was a huge basketball star West Philadelphia High School, where she won a Public League championship. She is a member of the Big 5 Hall of Fame and the La Salle Hall of Athletes.

Cannon was an All-American on one of La Salle’s best teams, the 1968-69 Explorers that went 23-1 and finished season ranked second in the nation. He averaged 19.1 points, 9.0 rebounds and 4.6 assists a game for his career. He also played in the NBA and ABA.

Ellerbee was honored during the MLK Day Invitational on Monday at Martin Luther King High School. He received the Lifetime Achievement Award for his efforts over the years.

Defensive end Deion Barnes, from Northeast High and Penn State, has accepted an invitation to play in the Senior Bowl. The kickoff for the Senior Bowl is slated for 4 p.m. on Saturday, Jan. 24 in Mobile, Ala. The NFL Network will broadcast the game.

Barnes was second on the team and tied for 11th in the Big Ten with 12.5 tackles for loss during the 2014 campaign. The former Public League star recorded 6.0 sacks, which were second on the team and 14th in the conference. Barnes made 44 tackles, led the Nittany Lions with three quarterback hurries and had one forced fumble and one pass break-up this past season.

He finished his career with 98 tackles in three seasons. Barnes also had 14.0 sacks and 26.5 tackles for a loss during his career. Barnes was the 2012 Thompson-Randle El Big Ten Freshman of the Year after picking up 26 tackles (10 TFL), 6.0 sacks and three forced fumbles as a redshirt freshman.

In addition, he was a consensus first-team Freshman All-American in 2012. He was honorable mention All-Big Ten by the coaches and media, and was named to the ESPN.com and BTN.com Big Ten All-Freshman teams in 2012.

Barnes graduated from Penn State in December and chose to forgo his fifth-year of senior eligibility.