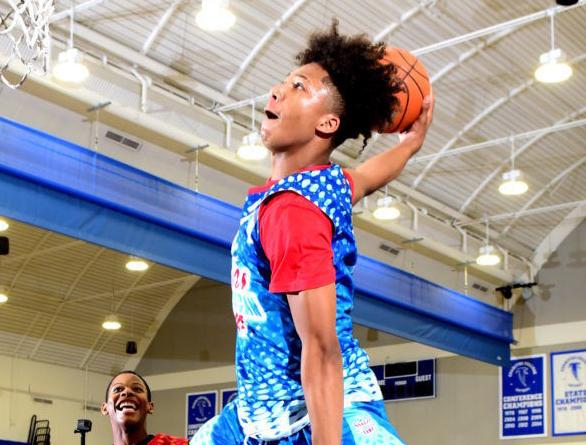 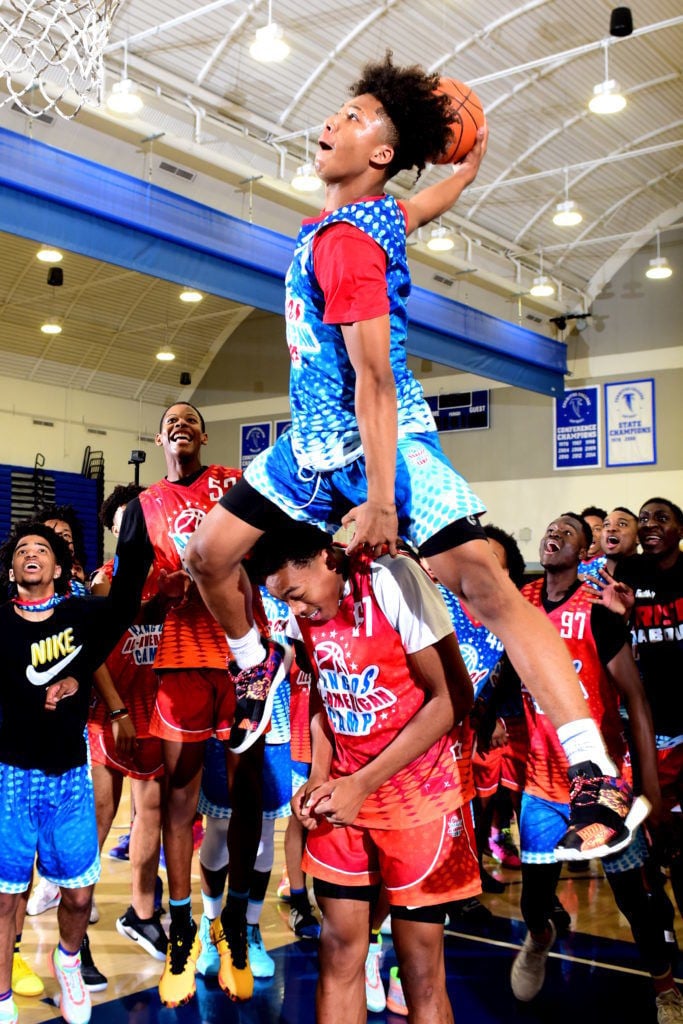 Mikey Williams is making a lot of noise about possibly attending an HBCU. — PHOTO COURTESY OF PANGOS CAMP IN LOS ANGELES, CALIF.

Mikey Williams is making a lot of noise about possibly attending an HBCU. — PHOTO COURTESY OF PANGOS CAMP IN LOS ANGELES, CALIF.

Mikey Williams is an extremely talented high school basketball player who could start a major trend in college basketball. Williams, a rising sophomore from San Ysidro High School in San Diego, Ca., is ranked third by ESPN in the class of 2023.

Three weeks ago, Williams, 15, wrote on his twitter page, “Going to an HBCU wouldn’t be too bad.” That statement has attracted a lot of attention among sports fans and alumni from historically Black colleges and universities around the country.

Williams, a 6-foot-2, 175-pound guard, is coming off a spectacular season. According to MaxPreps, he averaged 29.7 points, 4.9 assists, 6.7 rebounds and 1.6 steals a game. It’s rare that an HBCU would have a chance to recruit a nationally-ranked player of his caliber these days. They usually land at schools like Villanova, North Carolina, Virginia, Duke, Kentucky, Kansas and other college basketball powerhouses.

If Williams were to play for an HBCU, Philadelphia 76ers power forward Kyle O’Quinn believes he could open the doors for other top-ranked players to head to HBCUs. O’Quinn, a 6-foot-9, 250-pounder, played his college basketball at Norfolk State, an HBCU in the Mid-Eastern Athletic Conference.

“When I say HBCUs, I say we because we travel in packs,” O’Quinn said. “We may not pack out every gym. We may not have the resources of a big university, but at the end of the day if the talent is there we come out and show out just like we always do.

“I think that with his name that he already has. He could pack out a bunch of gyms. I think that would be a trend. They could show their talents. You got to think a kid that is highly rated he could shake up a program. They could really put the program on their back.”

Randy Miller, editor of the Miller Report, a Northeast-based scouting service in Philadelphia, feels Williams could completely changed the environment of college basketball by going to an HBCU and bringing a few other top-rated players with him. Miller believes his influence on other nationally ranked players could be possibly be a factor.

“It would change the trajectory and the landscape of college basketball at that point when you’re talking about high level athletes and highly rated players,” Miller said. “A lot of times those kids are projected to go pro already. Some are already being looked at by some pro scouts.

“So say Mikey Williams decides to go to an HBCU. Then, let’s say he takes two more of his friends in the top 10 with him. It’s several aspects you can look at. Ticket sales around the program will change dramatically. He’ll be able to play against big name schools. The biggest thing of all is the TV rights. If you have these high-profile athletes at historically Black colleges and universities, the TV rights will follow the players.”

Television exposure is huge. It can put a school on the national map. O’Quinn knows all about that. In 2012, he led Norfolk State, who was a No. 15 seed to a big victory over No. 2 seeded Missouri in the second round of the NCAA tournament. That win brought plenty of national attention to the Spartans’ basketball program. It also elevated O’Quinn’s status as a player. That year, he was a second-round pick of the Orlando Magic

“You know you have some big schools where they have talent, but they probably couldn’t do what he could do at an HBCU,” O’Quinn said. “If you got the talent and you want to showcase it, you should go to an HBCU. You can really put it out there. The program is going to fit you for sure.”

O’Quinn has played eight NBA seasons for the Magic, New York Knicks, Indiana Pacers and the 76ers. O’Quinn and former 76ers standout Robert Covington, who played for Tennessee State, are the only HBCU players in the NBA.

During the 1950s, 60’s and even in the 70’s, the HBCUs had a stranglehold on the top Black college players. The list includes some big names such as Earl Monroe (Winston-Salem State), Willis Reed (Grambling State), Bobby Dandridge (Norfolk State), Al Attles (North Carolina A&T), Sam Jones (North Carolina Central), Dick Barnett (Tennessee State) and others.

Talented players like Williams could re-establish a consistent pipeline from the HBCU ranks to the NBA. O’Quinn believes that could happen.

“The list wouldn’t be five guys,” O’Quinn said. “It would be 15 or 20. You could bounce some ideas off each other. My career was starting when Ben Wallace [a former NBA star who played at Virginia Union] was finishing. Oh wow, 15 years later, we got another one. You know what I mean? How good would that be if it was happening a little more frequently? Ultimately, you would start a trend, a culture and everybody would be used to it. It would be second nature.”

Williams makes everything look easy. He scored a career high 77 points one game this past season. He can play in the open court. Williams can shoot from three-point range. He can create his own shot.

Williams would be a major addition to any HBCU basketball program.

Only time will tell, but you can bet a lot of HBCUs would like to see Mikey Williams on the yard. We’ll what happens in three years.