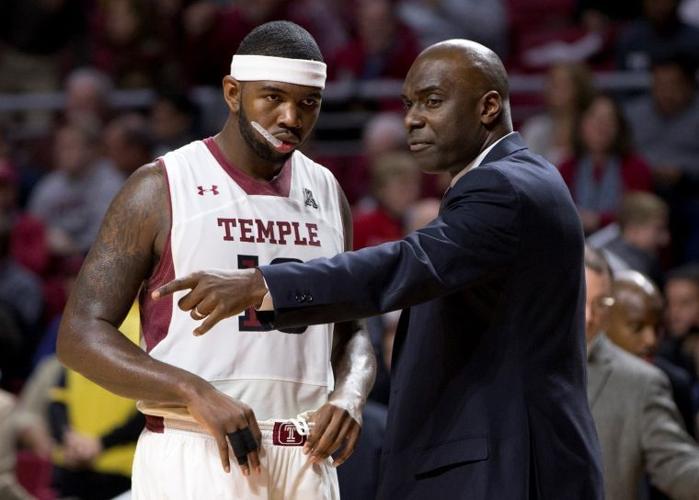 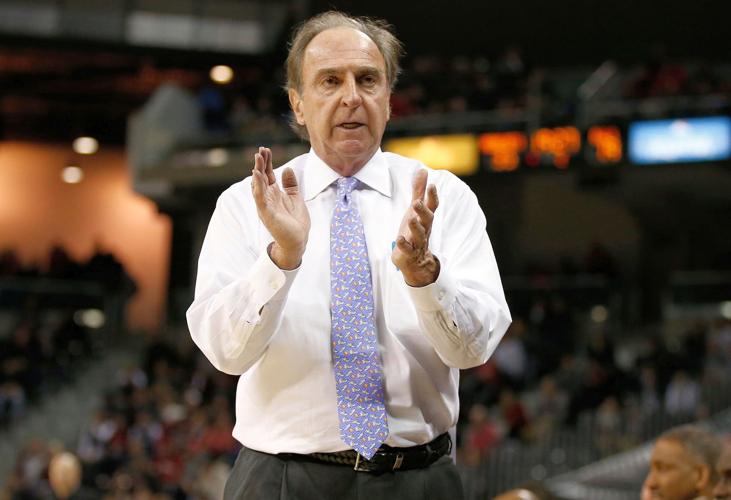 Temple head coach Fran Dunphy is set to coach one more season and then step aside for assistant and former Philadelphia 76ers star Aaron McKie to succeed him in 2019.

Temple head coach Fran Dunphy is set to coach one more season and then step aside for assistant and former Philadelphia 76ers star Aaron McKie to succeed him in 2019.

Since 2006, Dunphy has guided Temple to four conference championships and has been named conference coach of the year four times. Not to mention, he’s a teacher on and off the court, having co-taught a business course for 10 years.

“There is no better illustration of excellence and integrity — and there’s no better ambassador for Temple — than Fran Dunphy,” Englert said in a statement. “Coach Dunphy’s commitment to developing his players and to promoting academics, both among his student-athletes and our general student body, has rightfully made him one of the most admired men in college basketball.”

McKie, former Philadelphia 76ers standout who led the Sixers to the NBA Finals in 2001, former assistant coach with the Sixers and an assistant at Temple since 2014, has been promoted to associate head coach. McKie, a Simon Gratz product, earned his degree in social work at Temple.

Englert added that he and Board of Trustees chair Patrick J. O’Connor decided on McKie to succeed Dunphy based on Kraft’s recommendation.

“Fran Dunphy is one of the greatest coaches in the history of Philadelphia college basketball and an icon in the world of college hoops,” Kraft said in a statement. “The championships, NCAA tournament appearances and personal accolades are tremendous, but what is more impressive is Fran’s impact on the hundreds of student-athletes he has coached and the universities that have been positively enhanced by his presence. We look forward to a great 2018-19 and will continue to do all that we can to support Fran and the team.”

Dunphy has led the Owls to nine postseason appearances, including seven trips to the NCAA tournament. He will coach the Owls for his 13th season later this year.

“Coaching and teaching have been my life for a long time, and I have been so blessed and honored to stay home in Philadelphia and coach at three legendary and world-class universities,” Dunphy said in a statement.

“While the decision to step down after next season is a difficult one, I am excited that Aaron will continue to lead our program in the years ahead. My sincere appreciation to President Englert, the Board of Trustees and Dr. Kraft for their incredible support through the years. We have basketball to play next season, and I’m looking forward to the challenge ahead.”

McKie had a great basketball career at Temple. He played from 1991-92 through 1993-94 and is tied for sixth on the Owls’ all-time scoring list with 1,650 points. He led Temple to three NCAA tournament appearances.

In 1994, he was a first-round pick of the Portland Trail Blazers. McKie played 13 seasons in the NBA.

“We are thrilled that Aaron will take the helm after next season, and I am confident that he is the right coach at the right time for Temple,” Kraft said in a statement. “Aaron is Philly born and bred. A star at Simon Gratz, an incredible player at Temple under Coach John Chaney, a successful NBA player, a coach with the 76ers and now as a critical part of our basketball program, Aaron is ready to lead his alma mater, and I have no doubt that he will take us to even greater heights.”

Aforementioned, McKie has over 10 years of coaching experience.

“I am honored and humbled to follow legendary coaches John Chaney and Fran Dunphy in leading the storied Temple program, and I am grateful for President Englert and Dr. Kraft’s belief in me to have success,” McKie said in a statement.

“There will be plenty of time to talk about the future, but right now, my focus is on supporting Coach Dunphy and our incredible student-athletes as we work hard in the off-season to get ready for the 2018-19 season.”

Temple has 10 players returning, including three starters, from this year’s NIT team, which finished with a record of 17-16.

“This is a wonderful transfer of leadership taking place at Temple,” John Chaney, former Temple coach and Naismith Hall of Famer, said in a statement.

“Coach Dunphy has done a great job leading the program and is considered one of the greatest coaches in the country. I am proud he is handing over the team to one of our greatest players and one of my favorite sons, like Harry Litwack and Fran Dunphy, who have helped Temple become the fifth winningest program in the country.”