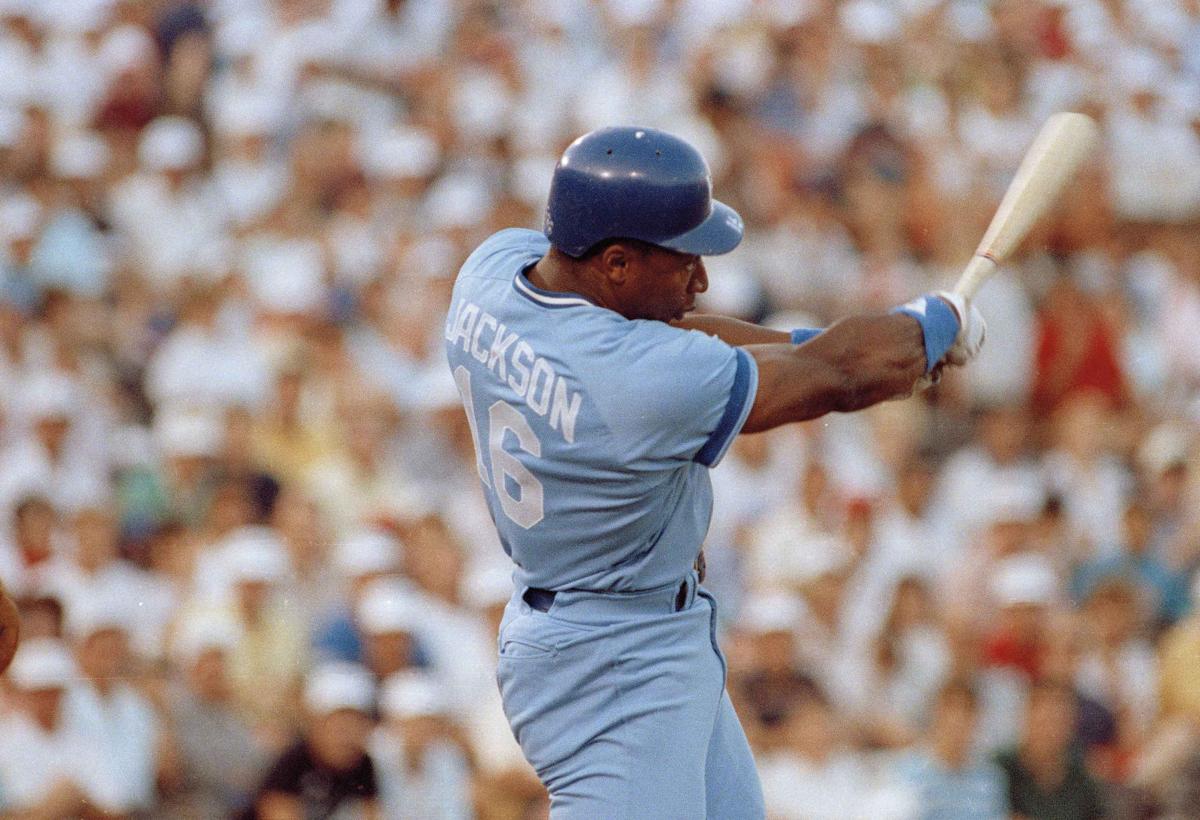 Kansas City Royals left fielder Bo Jackson swings for a strike on a pitch from Texas Rangers Nolan Ryan in 1989. 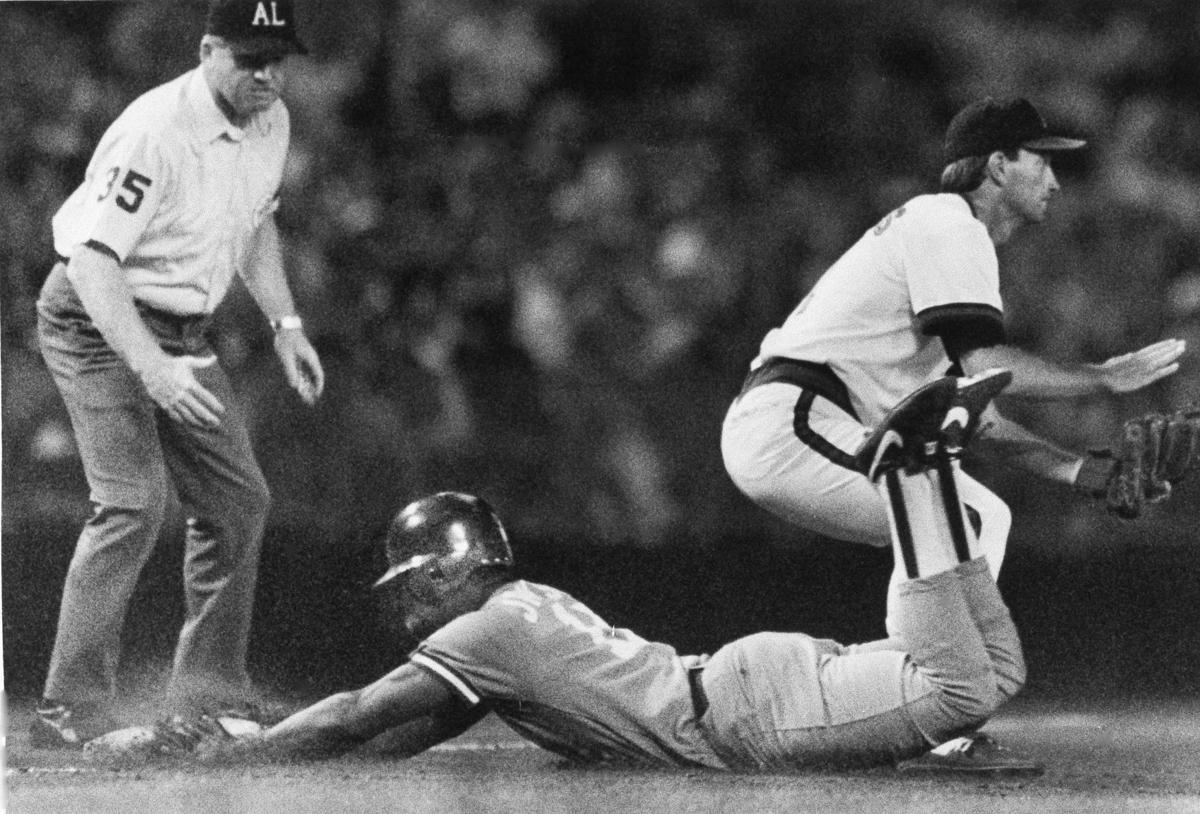 Jackson slides into third base as Doug DeCinces of the California Angels waits for the throw in 1986. — AP Photo/Reed Saxon 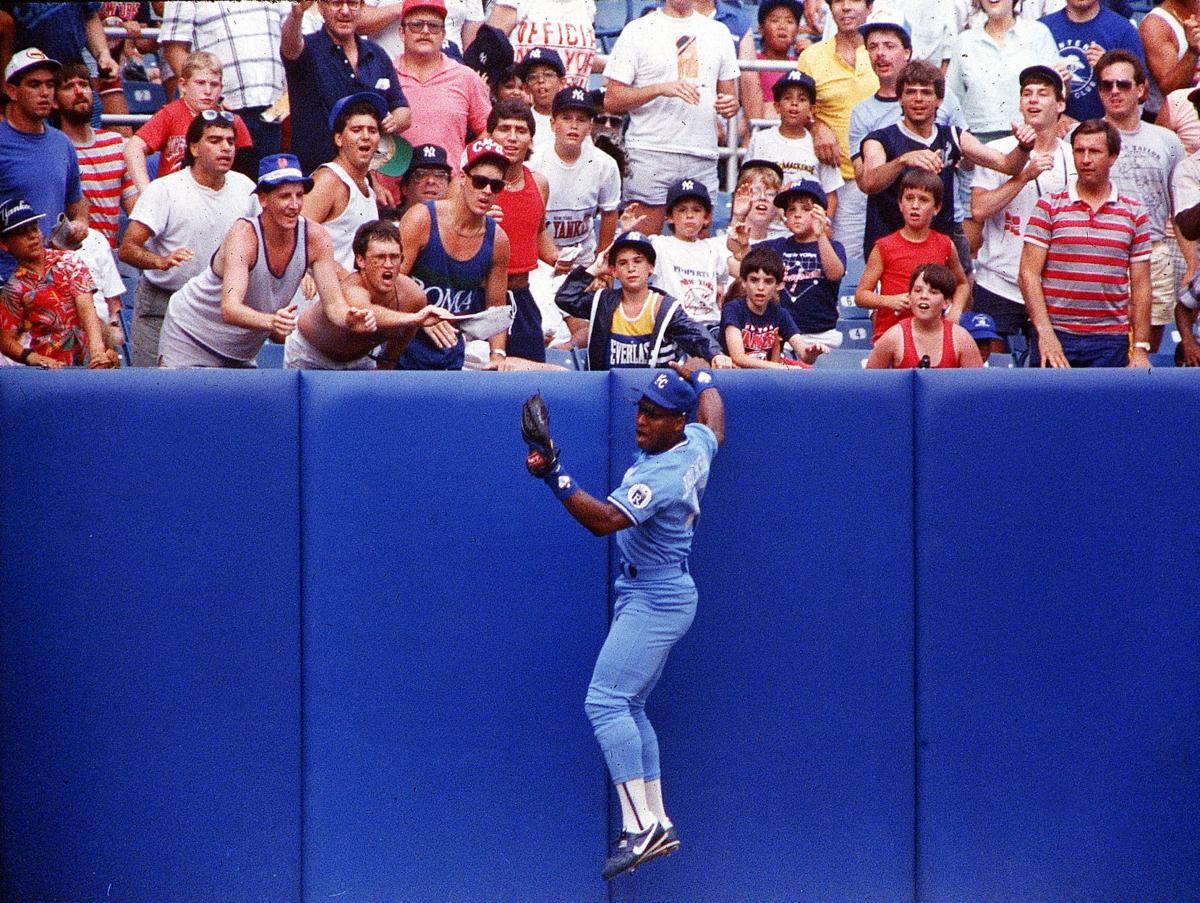 Kansas City Royals left fielder Bo Jackson swings for a strike on a pitch from Texas Rangers Nolan Ryan in 1989.

Jackson slides into third base as Doug DeCinces of the California Angels waits for the throw in 1986. — AP Photo/Reed Saxon

In the clubhouse at Anaheim Stadium that July night, Dave Stewart needed to ice his arm. But he made sure to situate himself in front of a TV.

It was 1989. Stewart was the American League starter in the All-Star Game. It would be another two decades before another Black pitcher would start the game, but for the moment, baseball was a game loaded with Black stars: Kirby Puckett, Harold Baines, Jeffrey Leonard, Ozzie Smith, Tony Gwynn, Andre Dawson, Vince Coleman, Eric Davis and others still.

It was the end of an era - the last All-Star Game of a decade that featured the highest percentage of African American major leaguers. Black players accounted for 7.8% of MLB rosters on Opening Day in 2020, down from a 1981 peak of 18.7%, according to the Society for American Baseball Research.

It was also a time when some of the nation's best athletes grew up playing multiple sports but chose baseball as the best path to create their legacies. And none was more protean than the man Stewart, ice on his arm, settled in to watch: Bo Jackson.

That night, on TVs around the country, the twang of Bo Diddley's rectangular electric guitar introduced clips featuring Jackson running, dunking, swinging, lifting and biking in Nike cross-training shoes, part of the company's now-iconic "Bo Knows" campaign. The commercial played up the burgeoning mythology around Jackson as a multisport star.

At Auburn, Jackson was a 6-foot-1, 225-pound bulldozer who moved like a Bugatti. As a football player, when defenders could touch him, he ran through them like twigs. He averaged 7.7 yards per carry as a sophomore - then, during indoor track season, he ran one of the fastest 55-meter times in school history.

As a junior in the spring of 1985, he batted .401 with 17 home runs on the diamond; that fall, he won the Heisman Trophy while setting an Auburn career rushing mark that still stands (4,303 yards). The Tampa Bay Buccaneers drafted Jackson first overall in 1986, but he did something today's two-sport stars rarely do: He chose baseball.

The Kansas City Royals drafted him in the fourth round that year. He played with the minor league Memphis Chicks and was called up to the majors that same season, and he continued to progress as a mighty, strikeout-prone hitter with a knack for the spectacular on defense. Jackson scaled walls, sniped base runners and soared through the outfield to rob base hits. He punished pitchers - and bats - and even went yard after unsuccessfully trying to call for time. His 21 home runs were tied for the AL lead at the 1989 all-star break.

"I was a huge fan of his as an athlete - period," Stewart says of Jackson. "But when he started to play baseball . . . you had to be a fan of his because he could do things that other baseball athletes couldn't do.

"I remember having a conversation with him in the outfield in K.C., and I was telling him, 'Man, shoot, you need to give that football stuff up and just play this, bro.' He said, 'Man, as long as I can do 'em both, I'm going to do 'em both.' "

That evening in Anaheim, Jackson ended the top of the first by securing Pedro Guerrero's flyball. Stewart retired to the clubhouse and found a TV. On it, Vin Scully and guest commentator Ronald Reagan conversed about the former president's connection to football as Jackson stepped to the plate against Rick Reuschel, whose first-pitch sinker dipped below Jackson's knees for ball one.

"That Bo down there, that's a pretty interesting hobby he has for his vacation when baseball ends," Reagan said before the crack of Jackson's bat interrupted his next sentence. Jackson's moonshot sent Davis jogging toward the center field wall - and sent several spectators scrambling across tarp-covered seats, where the ball landed some 448 feet later.

Many of history's greatest Black baseball stars thrived in other sports and could have taken different routes. But in baseball, they could make money sooner and have healthier and longer careers.

On those 1989 all-star rosters alone, Gwynn was an all-conference point guard at San Diego State. Coleman ditched the NFL after Washington's pro football team tried to convert the former Florida A&M punter into a wide receiver. Leonard received more than 60 scholarship offers to play college football and basketball. He got none for baseball but chose to play it anyway.

Davis was a Los Angeles high school basketball star, but he opted for the majors over the NBA in 1980 because he didn't want to "wait for four years before I could make the pros." Three years after his major league debut with the Cincinnati Reds, Davis said he declined interest from the Los Angeles Clippers because of scheduling conflicts.

Arizona Cardinals quarterback Kyler Murray reversed course after signing with the Oakland Athletics, who selected him with the ninth pick in 2018. He forfeited most of a $4.66 million signing bonus with Oakland to play football, becoming the top pick in the 2019 NFL draft - and earning a bonus five times greater in the process. He became an immediate starter with the Cardinals, but it took three seasons for the earliest of his fellow top-10 MLB draft picks to make their big league debuts.

Others will continue to face a similar choice. Jerrion Ealy participated in Perfect Game, the amateur baseball showcase, in 2018 and was drafted by the Diamondbacks the following year. But after he failed to agree to terms with Arizona, he chose instead to play baseball and football at the University of Mississippi.

A running back and outfielder, Ealy said baseball runs in his family; an uncle played for the Houston Astros. Ealy started playing at a young age, before football, and looked up to Sammy Sosa and Torii Hunter, whose No. 48 he wears on the diamond. But as he got older, the preseason all-SEC selection learned about Jackson and Deion Sanders, and he began searching for stories and highlights from their careers.

"I was like, 'I could do it, too,' " he says of pursuing both sports professionally. "That's the ultimate goal, to be the first person to be a Hall of Famer in two sports."

Ealy, one of two Black players on Mississippi's baseball roster, partially credits his early exposure to baseball for his relationship to the sport.

"With football and basketball, there's a lot more people who played it and a lot more people who have been successful at it," he says. "You rarely see anyone in your city that has gone somewhere with baseball. Or it's this: Even though there are more players on a football team, it takes more players to practice baseball. You can't just go out and do a one-on-one. It requires space, equipment. It requires a lot."

Davis, who has worked to increase youth baseball participation during his post-playing career, says MLB has not sufficiently marshaled its resources to find and cultivate African American talent. He also points to MLB's dearth of Black talent beyond the playing field - in media, the coaching ranks and front offices.

"In my day, the scouts were so on point that they knew where to go to find Black players, and they did," he says. "They went into South Central Los Angeles. They went into Birmingham, Alabama, to find Willie Mays and these types. When you have scouts that are intrigued to want to do something, then you put forth that effort. Today, scouts are lazy. Today, scouts go to showcase games and if you're not a Black player that's a top-flight kid at Perfect Game, who sees you?"

MLB has made some strides, but Davis says it must prioritize growth in Black communities.

At 58, Jackson doesn't do many interviews, and through his representative he declined to be interviewed for this story. He raises money for emergency relief through his charity bike ride, Bo Bikes Bama, and hosts a charity golf event that benefits youth athletic and educational programs in Illinois. He is also listed as the president of food company Jackson and Partners.

He has made occasional appearances over the years, including a 2016 interview with Sports Illustrated in which he said he "probably just would have played baseball" if he had known about the dangers of concussions in football.

It was a different injury that forced him to make a similar decision.

Jackson was named MVP of the 1989 All-Star Game and began his best NFL season three months later, earning his only Pro Bowl nod in 1990. But both careers came to an abrupt halt during the third quarter of a playoff game between his Los Angeles Raiders and the Cincinnati Bengals that season. Jackson broke loose for a 34-yard gain and suffered a left hip injury during the tackle. It ended his NFL career and threatened his time in baseball, which concluded three seasons later, after another 183 games and 32 home runs with the Chicago White Sox and California Angels.

Since Jackson's retirement, as Black stars have faded from the sport, Stewart has reconciled with the notion that others may never experience what he did in his career.

As a three-sport high school star, Stewart turned down 30 college football scholarship offers because of his connection to baseball. He still remembers waiting three hours to meet his first pro player, Willie Mays. He started playing baseball at 8, and by 15 he was hopping fences to banter with Reggie Jackson during Athletics batting practice - before beginning a lifelong friendship with the Hall of Famer.

Stewart met Black players, saw Black faces and quickly integrated into a group for whom sharing, teaching and being were the byproducts of their culture, not initiatives or diversity projects. Having that support could help renew baseball's attraction for those considering the sport, he says, and draw future phenoms to the game - guys like Bo Jackson, whom Black fans will go out of their way to watch.

"The reason I wanted to play baseball was because I could see me on the field - not just one or two of us but an abundance," Stewart says. "Baseball was rich with Black players. That's what made me want to play."