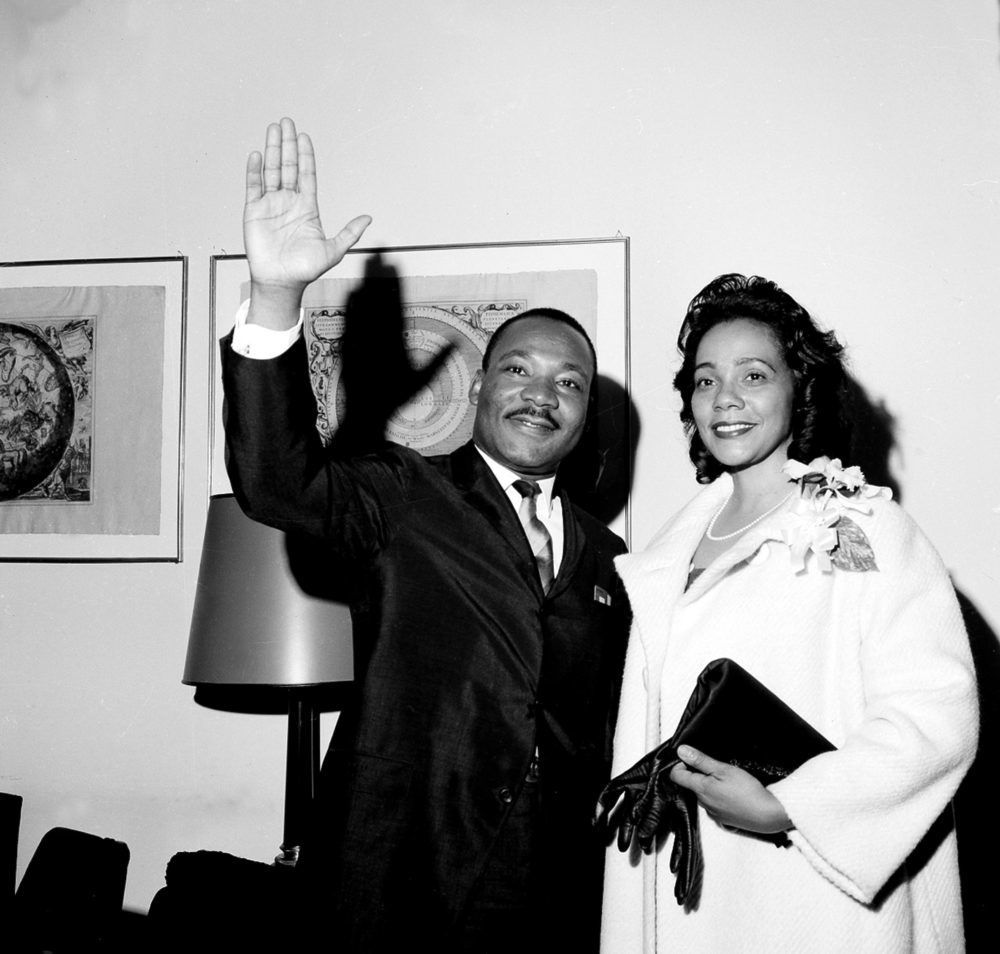 The Rev. Dr. Martin Luther King Jr. is accompanied by his wife, Coretta Scott King, as he appears at a press conference on the release of his book “Why We Can’t Wait,” in New York on June 8, 1964. — AP Photo 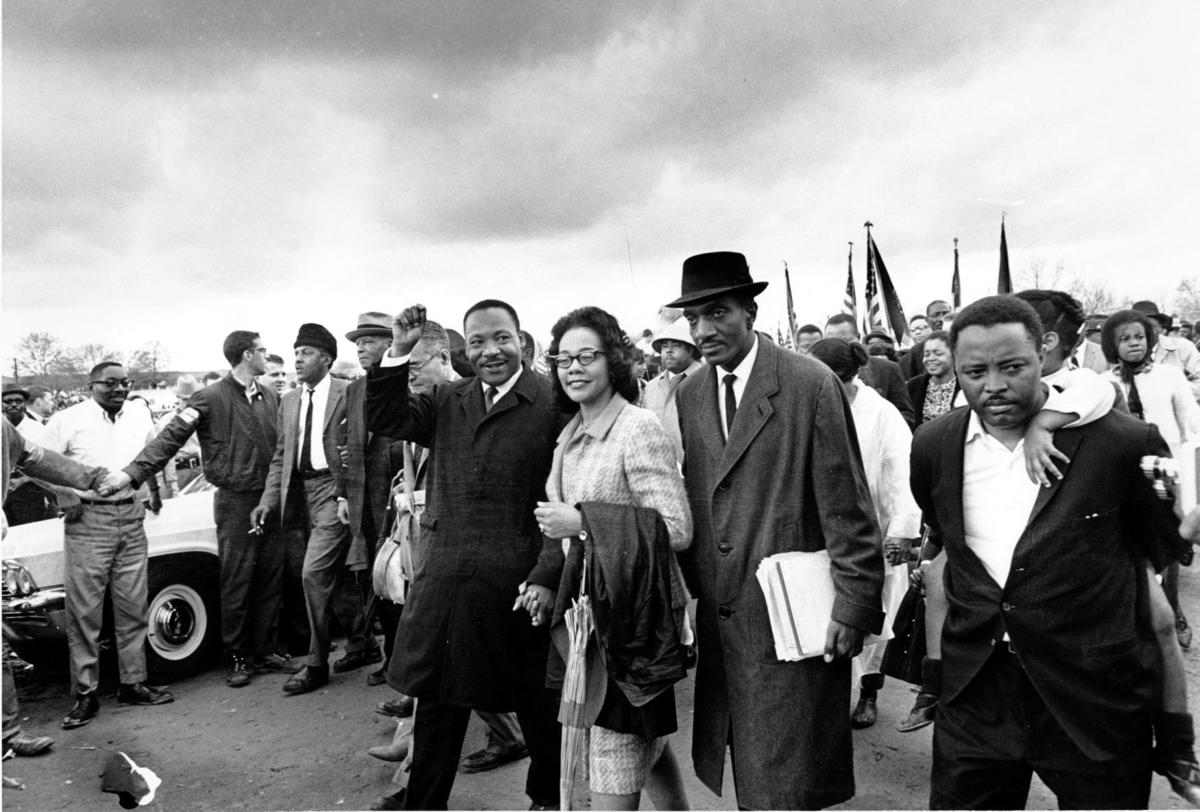 The Rev. Martin Luther King and Coretta Scott King, center, with a group of people before marching. — AP Images 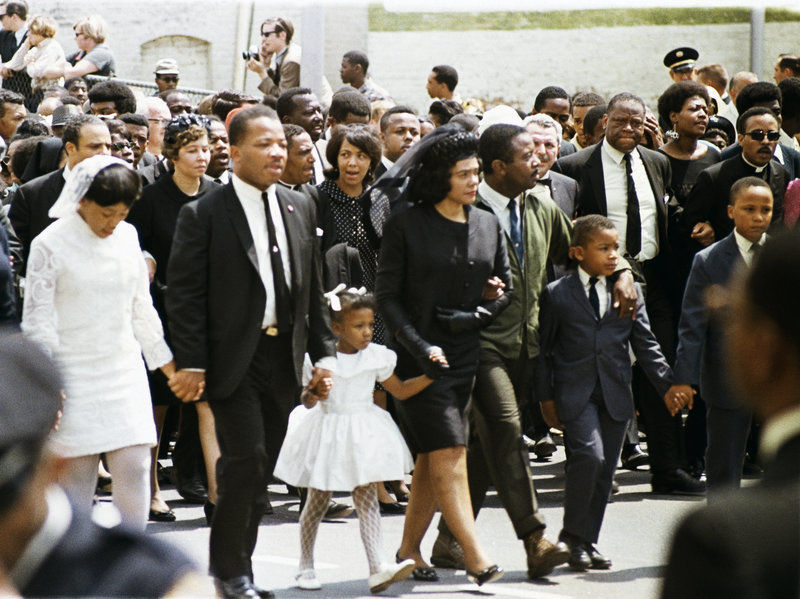 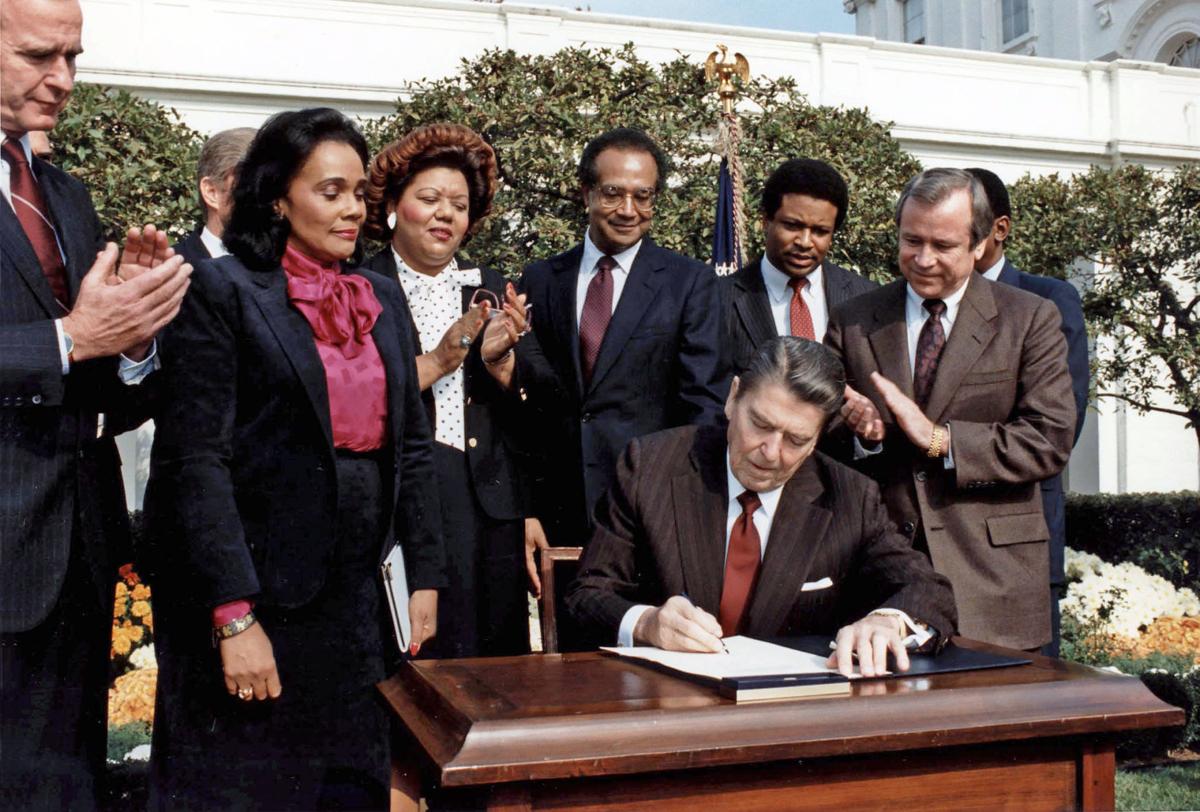 The Rev. Dr. Martin Luther King Jr. is accompanied by his wife, Coretta Scott King, as he appears at a press conference on the release of his book “Why We Can’t Wait,” in New York on June 8, 1964. — AP Photo

The Rev. Martin Luther King and Coretta Scott King, center, with a group of people before marching. — AP Images

Civil rights leader, the late Coretta Scott King, was a renaissance woman, who took the opportunity to create change in a world that refused to give Black women equal rights.

Wife of the late Rev. Martin Luther King Jr., she was a mother, civil rights activist, author, singer and peacemaker, who broke barriers through her fight for justice for African-Americans, members of the LGTBQ community, and women.

In many ways, she sacrificed her dreams of becoming a singer and musician and proudly stood by her husband’s side without a glimpse of how much she would have to endure in order to become Mrs. Coretta Scott King.

“Mrs. King had a quiet resolve,” he said. “She was reserved. She wasn’t bombastic and didn’t create a lot of fuss or noise about anything. She was supportive and just as concerned about what Dr. King was doing at times as he was at times. She would push him to do things that were necessary and needed. Those were always her expressions ‘it’s necessary, it’s needed.’”

As for her demeanor, Tucker recalled Coretta Scott King to always be in thought.

“She was more compassionate than her demeanor might have revealed,” he said. “She was always friendly and outgoing at times and compassionate about people.”

Tucker labeled Mrs. King as unrelenting at working toward her efforts in keeping her late husband’s legacy alive by fighting to make Martin Luther King Jr. Day a federal holiday.

She gained support from Democrats and Republicans in honoring her late husband, although President Ronald Reagan fought against the idea. With the help of her attorney, unwavering support and faith, Mrs. King’s dream of a holiday became a reality in 1983.

She met her husband while the two were students in Boston, Massachusetts. Although she worked alongside King, she sacrificed her love for singing to join her husband as a civil rights activist. She was well-known for her beautiful singing voice and as a talented violinist. She would go on to use her singing voice to perform at Peter High School in Birmingham, Alabama sponsored by King’s fraternity chapter Omicron Lambda Chapter of Alpha Phi Alpha Fraternity, Incorporated.

Vernon Odom Jr., former news anchor for Channel 6ABC WPVI in Philadelphia, lived around the corner from the King family and had a connection with Coretta Scott King.

“She would call me Odom because I don’t think she remembered my first name,” Odom expressed as he chuckled at his memory of her. Odom grew up in Atlanta and his father attended Morehouse College with King. When King was shot, Odom was working as a reporter for a local radio station and he drove straight to the King’s house off Sunset Avenue to talk to his wife.

“When I arrived at the King’s household, Herbert James the police chief of Atlanta was there along with Mayor Ivan Allen,” he said. “Mayor Allen escorted Mrs. King to the airport so she could go to Memphis. They had the best security to travel with her to Memphis.”

Coretta Scott King responded to Odom by saying “I don’t know. All I know is that my husband has been shot. Andy [Andrew Young] called me on the phone and said that he’s been rushed to the hospital. Those are all the details that I have now.” Young was one of King’s lieutenants.

Odom described the look on her face.

“I don’t think Coretta Scott King’s face ever changed,” he said. “She always had on a solemn poker face during the good times and the bad. She always kept a strong proud face.”

After King’s death, Odom knew a riot would take place. The King Riot of 1968, also known as the Holy Week Uprising, was the largest riot to break out across the nation. More than 2,000 people were injured; dozens were killed.

Odom met Mrs. King at the airport when she arrived back in Atlanta after learning that Dr. King passed died.

“Vernon I just learned that my husband passed away,” said Mrs. King. Odom gave his condolences to her immediately.

Odom drove back to the radio station with the tape recording of Mrs. King and played it on-air. Odom was the first reporter to have a conversation with Mrs. King after her husband was assassinated.

“She was upset but she was proud of her husband, her family, and his contributions,” he said.

Black women were at the forefront of King's fight for equality

Black women were at the forefront of the Civil Rights Movement alongside the late Rev. Martin Luther King Jr. In addition to wife Coretta Scot…