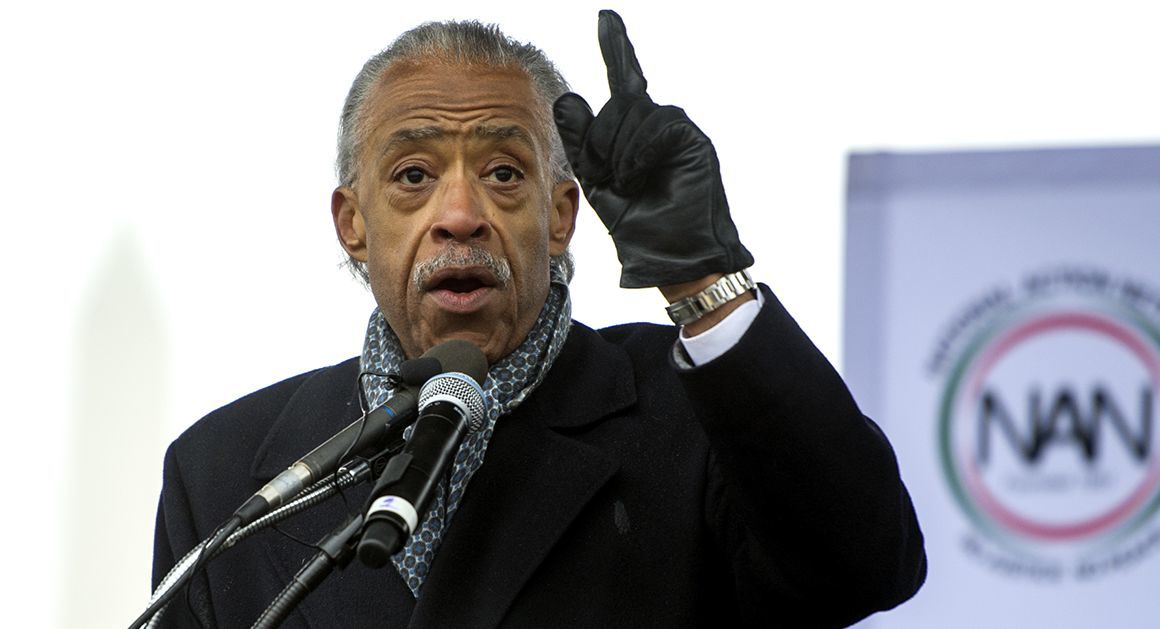 The Rev. Al Sharpton speaks at a rally to honor the Rev. Martin Luther King, Jr. in Washington. — AP Photo 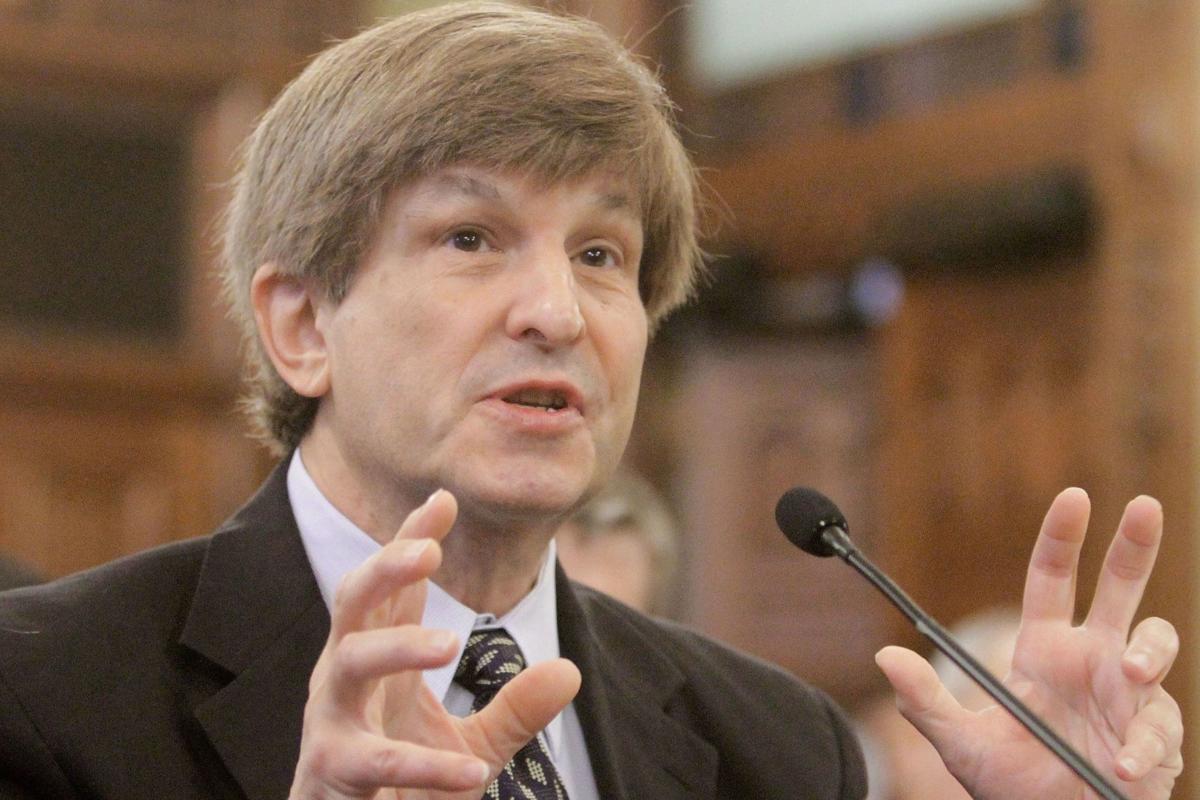 Allan Lichtman is an American University history professor and author of “The Embattled Vote in America: From the Founding to the Present.” — AP photo 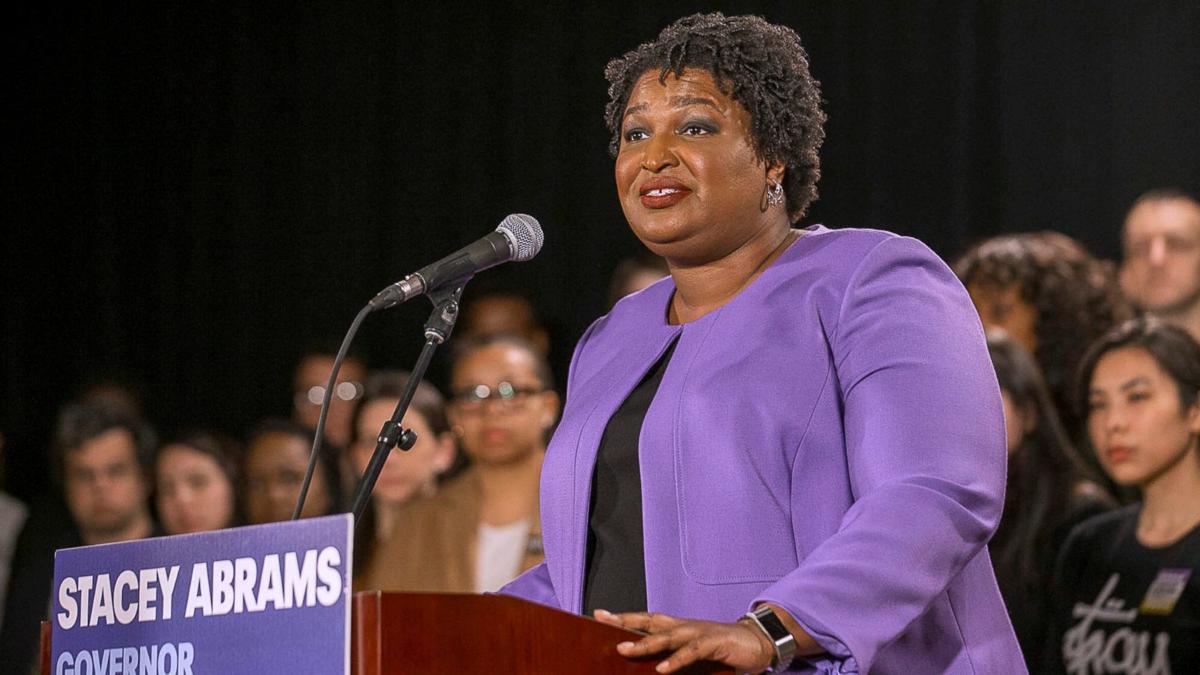 Stacey Abrams lost Georgia’s closest gubernatorial race since 1966. She came within 18,000 votes of forcing a runoff, and about 55,000 votes of winning the office outright. — AP

The Rev. Al Sharpton speaks at a rally to honor the Rev. Martin Luther King, Jr. in Washington. — AP Photo

Allan Lichtman is an American University history professor and author of “The Embattled Vote in America: From the Founding to the Present.” — AP photo

Stacey Abrams lost Georgia’s closest gubernatorial race since 1966. She came within 18,000 votes of forcing a runoff, and about 55,000 votes of winning the office outright. — AP

These are the kinds of questions once asked of African Americans as part of a literacy test they had to pass if they were going to vote in southern states years after the passage of the the 15th Amendment, which granted African Americans the right to vote on Feb. 3, 1870.

There were other means of suppression utilized as well. Many Blacks in the South had bad jobs and could not afford to pay a poll tax – a tax on working people – in order to vote. There was a grandfather clause mandating that your grandfather must have been born free – highly unlikely for southern Blacks right after the Civil War — in order for you to vote.

“Those who don’t want African Americans to participate in the voting process have always been around,” said the Rev. Al Sharpton, founder and president of the National Action Network. “And they aren’t going anywhere. They are not going away.”

While the forms are different, voter suppression is alive and well. Voting initiatives, such as stricter photo ID requirements, poll closures and early voting cutbacks, to name a few, disproportionately impact minority communities, according to Allan Lichtman, and American University history professor and author of “The Embattled Vote in America: From the Founding to the Present.”

Since 2010, 24 states have put in place new voting restrictions, according to the Brennan Center for Justice at NYU Law.

“Supporters of these laws say they have been created to prevent voter fraud and other irregularities,” Lichtman said. “But this is not the case. There are no metrics that support these contentions.

“The debates over the 15th Amendment are incredibly relevant today in the new wave of these restrictive measures,” Lichtman continued. “The right to vote must be constitutional. This is the cased in every other democracy. It should be no different with us.”

According to the results of a 2018 survey by the Center for American Progress, “widespread voter suppression – particularly against historically marginalized communities – is a reoccurring problem in the United States.”

The survey focused on voter suppression during the 2018 midterm elections and it found that nearly 120 million eligible American voters did not participate in the November elections that year.

It noted that “severe suppression” occurred in states such as Georgia, Texas, Florida and North Dakota, states that had highly competitive political races that year.

For many, the 2018 governor’s race in Georgia has come to epitomize what modern voter suppression looks like.

Former Secretary of State Brian Kemp, a Republican, held off a strong challenge from Democrat Stacy Abrams, a Democrat attempting to become the first Black female governor of any state.

However, myriad problems occurred. This was extremely problematic because in the capacity of secretary of state, Kemp was responsible for conducting secure, accessible and fair elections. Kemp served as secretary from 2010 right up until the election

Counties heavily populated by African-American voters waited for hours at polling places while hundreds of available voting machines sat unused in government warehouse. Tens of thousands of voter registration applications, mostly belonging to African Americans, were held up under a state law that requires the name on the application to be an exact match with the name on the government ID. For instance, a name missing a hyphen caused a problem.

During Kemp’s tenure as secretary of state, more than 1.4 million voters were purged from the rolls, county and state officials closed more than 200 polling places from 2012 to 2018.

Abrams lost the state’s closest gubernatorial race since 1966. She came within 18,000 votes of forcing a runoff, and about 55,000 votes of winning the office outright.

In her concession speech, Abrams was highly critical of how Kemp managed the election.

“More than 200 years into Georgia’s democratic experiment, the state failed its voters,” Abrams said in a concession speech that she waited more than a week to deliver. “Eight years of systemic disenfranchisement, disinvestment and incompetence had its desired effect on the electoral process in Georgia.”

Abrams was not the only one who felt the election was problematic. In March of last year, the House Oversight and Reform Committee launched an investigation that is looking into the state’s “exact match” law the consolidation of polling places, and the long lines reported at the polls on Election Day last year. The investigation is ongoing.

“Here, you actually had the secretary of state who supervised the election he was in who had closed voting sights and purged voters from the polls,” Sharpton said. “We saw a glaring issue that many of us have been talking about happen in real time, with people’s votes being suppressed. Congress is going to be hard-pressed to do something about something that is a real problem.”