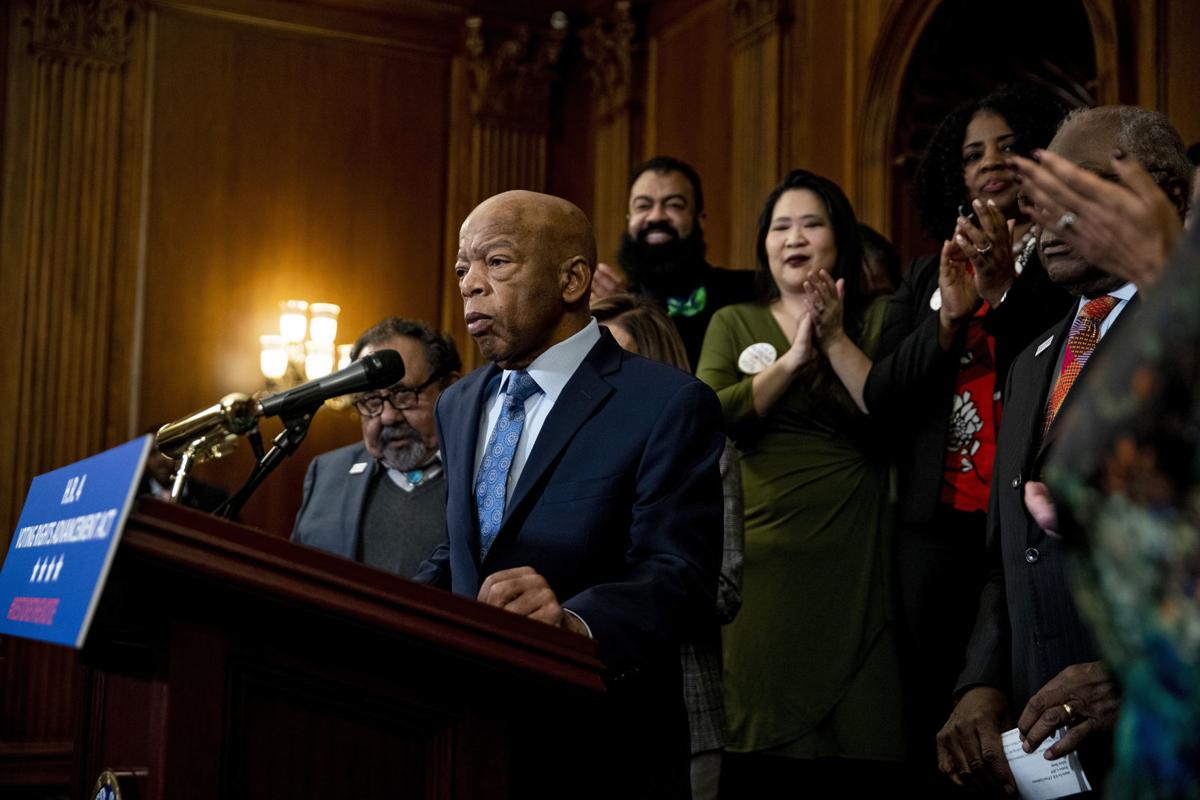 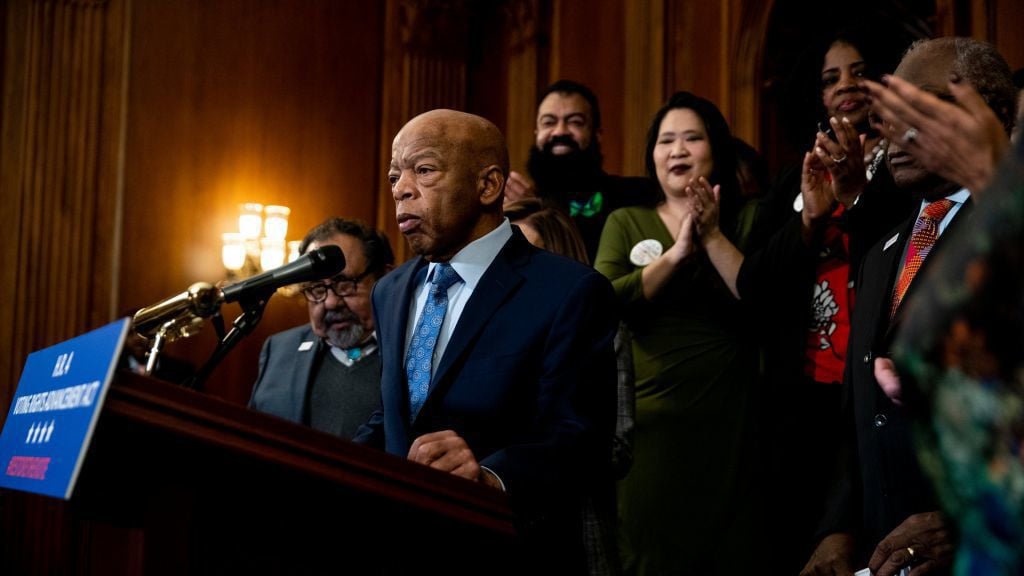 WASHINGTON — The House voted in December to reinstate federal oversight of state election law, moving to bolster protections against racial discrimination enshrined in the 1965 Voting Rights Act, the landmark civil rights statute whose central provision was struck down by the Supreme Court.

It passed by a vote of 228-187 nearly along party lines, with all but one Republican opposed.

The bill has little chance of becoming law given opposition in the Republican-controlled Senate and by President Donald Trump, whose aides issued a veto threat against it this week.

The measure is a direct response to the 2013 Supreme Court case Shelby County v. Holder, in which the justices invalidated a key portion of the law. They asserted the federal oversight of elections was no longer necessary in nine states, mostly in the South, because of strides made in advancing voting rights since passage of the 1965 law.

The original Voting Rights Act, signed by President Lyndon Johnson, was meant to bar states from imposing poll taxes, literacy tests and other methods to keep Black people from voting. Democrats argued that while such overt barriers are gone, they have been replaced by stricter voting laws adopted by 25 states since the Shelby decision.

Republicans argued that the bill would trample on states’ ability to dictate their own election rules by abusing measures in place to prevent voter disenfranchisement.

In 2006, the last time the Voting Rights Act was updated, the measure passed overwhelmingly in the House, where large majorities of both parties supported it, unanimously passed the Senate, and was signed into law by a Republican president, George W. Bush.

In the Shelby case, Chief Justice John Roberts wrote that Congress remained free to try to impose federal oversight on states where voting rights were at risk but must do so based on contemporary data. The measure passed Friday would update the parameters used to determine which states and territories need to seek approval for electoral procedures, requiring public notice for voting changes and expanding access for Native American and Alaska Native voters.

But it is unlikely to come to a vote in the Senate, where Sen. Mitch McConnell, R-Ky., the majority leader, has refused to take up most legislation championed by House Democrats.

“No right is more precious to our citizenship than the right of all Americans to be able to vote,” said Rep. Terri Sewell, D-Ala., the bill’s chief sponsor. “When Americans are not able to cast their ballots, their votes are silenced.″

Sewell said the 2013 Supreme Court ruling in Shelby v. Holder has led to renewed discrimination against minority voters in her state and throughout the South. Some of the laws were passed in the name of combating voter fraud, but Sewell said the real issue was voter suppression — not fraud.

The laws passed by Republican-leaning states were aimed at “suppressing the voice of certain Americans, and that’s un-American,″ Sewell said on the House floor. Whether African Americans in Georgia or Native Americans in North Dakota, members of minority groups have continually faced barriers to voting, she said.

“This is a seminal piece of legislation that will restore, for the people, the right to vote, Sewell said, adding that Republicans and Democrats alike “should be making sure it’s easier to vote, not harder to vote.

Rep. Rodney Davis, R-Illinois, said he agreed with that sentiment. “Every eligible American who wants to vote should be able to cast a ballot,” he said, calling the Voting Rights Act “a great example of a bipartisan solution that is working today to protect Americans from voter discrimination.

But Davis said Sewell’s bill would do more than reauthorize the voting rights law. “Instead, it would require the Department of Justice to clear every election law in this country, taking that power away from states.”

Democrats have approved four bills addressing voting rights or election security since taking the majority this year, “and all of them have one common theme: federalizing elections, Davis said. The bill approved Friday “is simply more of the same.”