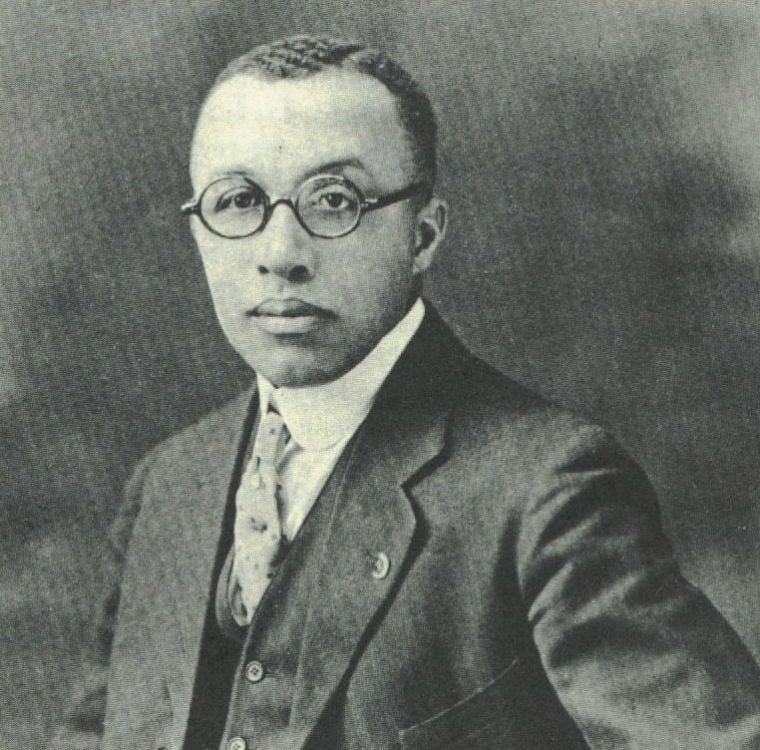 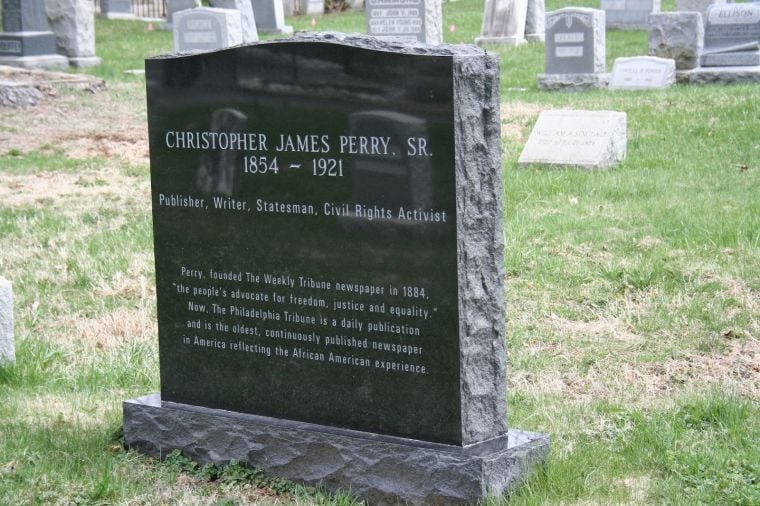 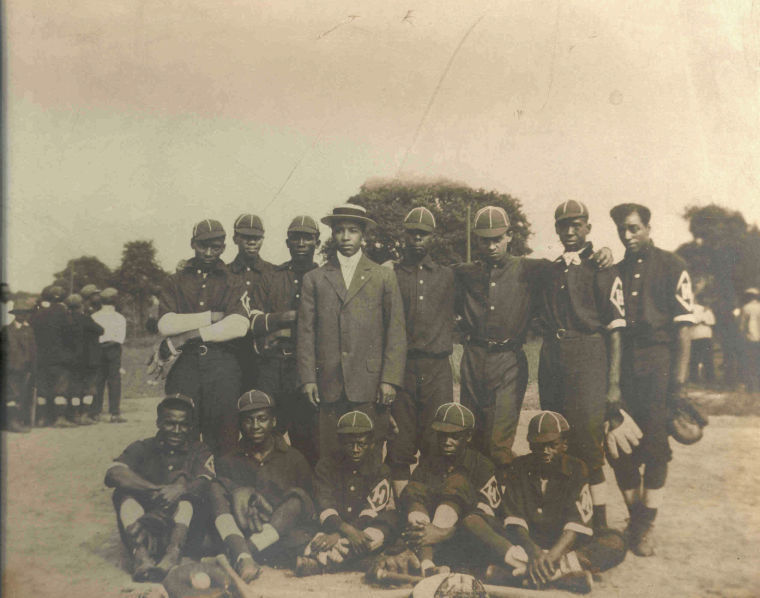 Under the leadership of postal worker Ed Bolden, a Darby boys club team became the Hilldale Daisies. Winners of Eastern Colored League pennants in 1923-25, the Hilldale club would lose to the Kansas City Monarchs, five games to four, in the first Negro League World Series in 1924. — William Cash/Lloyd Thompson Collection — Courtesy of The African American Museum in Philadelphia 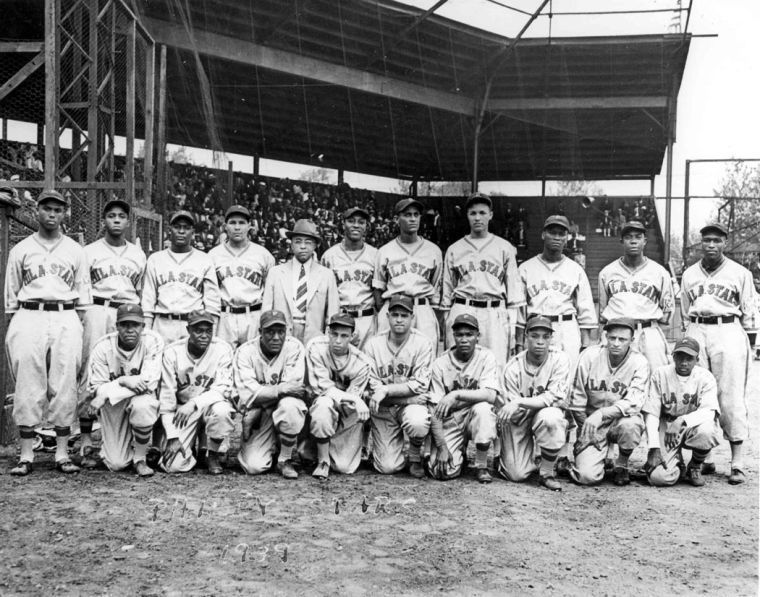 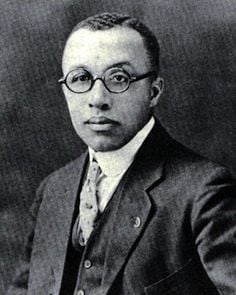 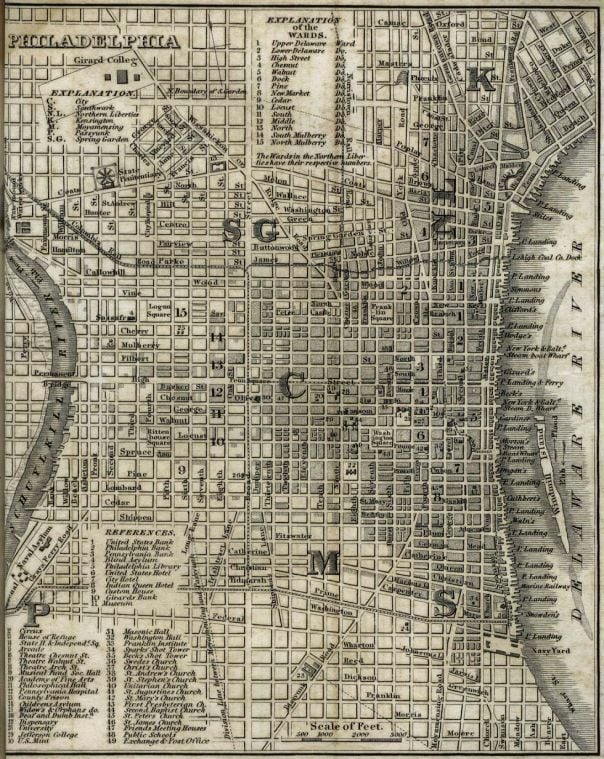 Under the leadership of postal worker Ed Bolden, a Darby boys club team became the Hilldale Daisies. Winners of Eastern Colored League pennants in 1923-25, the Hilldale club would lose to the Kansas City Monarchs, five games to four, in the first Negro League World Series in 1924. — William Cash/Lloyd Thompson Collection — Courtesy of The African American Museum in Philadelphia

The Tribune was born in an era where African Americans had limited rights. Economic opportunities for Blacks were minimal, racism was at the forefront, and there were few outlets and even fewer voices in the African American community.

It was that void that made Christopher J. Perry start his own newspaper business. Born in Baltimore, Md., Perry relocated to Philadelphia after graduating. With the dismay of his father, who wanted Perry to become a lawyer, Perry came to Philadelphia to be a newspaper reporter.

In 1881, he began writing for the Northern Daily, a Philadelphia newspaper. Eventually he became editor of the “colored” department in another Philadelphia newspaper called The Sunday Mercury. In addition to being an editor, he also wrote a column called “Items on the Wing.” In 1884, Perry lost this job due to the newspaper’s bankruptcy.

With a few dollars, a desk, a chair, a bottle of ink, and a rented room, he undertook the task of starting his own newspaper — one that would address the needs of Philadelphia’s Black population. The first offices of The Tribune were at 725, then 717, Sansom St. The Tribune currently resides at 520 S. 16th St. in Philadelphia.

Perry was 28 when he published the first issue of The Tribune in 1884. Even though he was the publisher of the paper, he wore many hats – working as the reporter, copyboy, proofreader, advertising manager, and sales representative.

Under his guidance the paper became the voice of the African-American community. Through its columns, the enterprising editor struck at the core of economic and political injustice directed at Philadelphia’s Black population. Perry launched vigorous crusades for better jobs, improved working conditions, and Black representation in city government.

One of Perry’s widely-known crusades was his push for a major cleanup campaign of the poverty-stricken, densely populated white area of South Philadelphia. He used the voice of The Tribune and his influence of City Hall to get the section from Front to 16th Street and from Pine to Fitzwater Streets cleaned.

By 1896, The Tribune was a solid financial success. In 1899, W.E.B. DuBois mentioned The Tribune in “The Philadelphia Negro.” He noted that, “The Tribune is the chief news sheet and is filled generally with social notes and news and movements among Negroes over the country.”

Even though DuBois criticized The Tribune’s editorials for being inconsistent, he also complimented Perry by saying “The paper represents pluck and perseverance on the part of the publisher.”

Black newspapers played a pivotal role in Philadelphia and Pennsylvania, during the pre-Civil War period and after. Through the Spanish- American War, the Great Depression, and two World Wars The Tribune was published once a week.

It wasn’t until 1941, that The Tribune went from a weekly publication to bi-weekly. The earlier editions of The Tribune did not have by-lines on any of the articles like the paper does today. By-lines weren’t used during that time period until sometime between 1919 and 1924.

However, the first editions of The Tribune were lost in a fire in 1912. The first copy available in the archives of the Philadelphia Free Library is Jan. 6, 1912 edition.

One of the early stories published in that edition was “Maine Report Does Not Satisfy Spain.” There was no lead story and the article was about the ship-sinking that lead to the Spanish American War. A clear example of how The Tribune news ranged from international to local.

Another person who benefited from the coverage of The Tribune was Edward “Ed” Bolden.

Bolden, was the owner of the Hilldale Daisies and Philadelphia Stars and the founder of the Eastern Colored League. A postal clerk who belonged to several fraternal and social organizations in Philadelphia, he befriended reporters at the Tribune.

In 1916, when Bolden took over the semipro Hilldale franchise, his relationship with the newspaper blossomed after he asked The Tribune to cover his team’s games. It was an uncommon practice during the era, but Bolden saw it was a way for his teams to receive free advertising and publicity.

Bolden’s success drew the attention of white New York booking agent Nat Strong, who coveted Hilldale for his booking agency. When Bolden rebuffed his advances, Strong threatened to drive him out of business by locating a competing team across the street from Darby Field. Bolden responded promptly and publicly to this threat by taking out an ad in The Tribune to state his case:

“The race people of Philadelphia and vicinity are proud to proclaim Hilldale the biggest thing in the baseball world owned, fostered, and controlled by race men. … We are proud to be in a position to give Darby citizens the most beautiful park in Delaware County, a team that is second to none and playing the best attractions available. To affiliate ourselves with other than race men would be a mark against our name that could never be eradicated.”

In May, 1921, at the age of 65, Perry died and was succeeded by G. Grant Williams. Shortly, thereafter, in June 1922, Williams died and the newspaper was placed in the hands of Eugene Washington Rhodes, Esq., Perry’s son-in-law and staff member, and a graduate of Lincoln University. Under the direction of Rhodes The Tribune continued to thrive.

In June 1924, a Tribune story recounted the trials and tribulations of Hilda Mae Bolden, who had been elected valedictorian of the graduating class of Darby High School. Parents and students protested and 23 of her classmates refused to attend the commencement. Only one class officer came to the graduation — all because Bolden was Black.