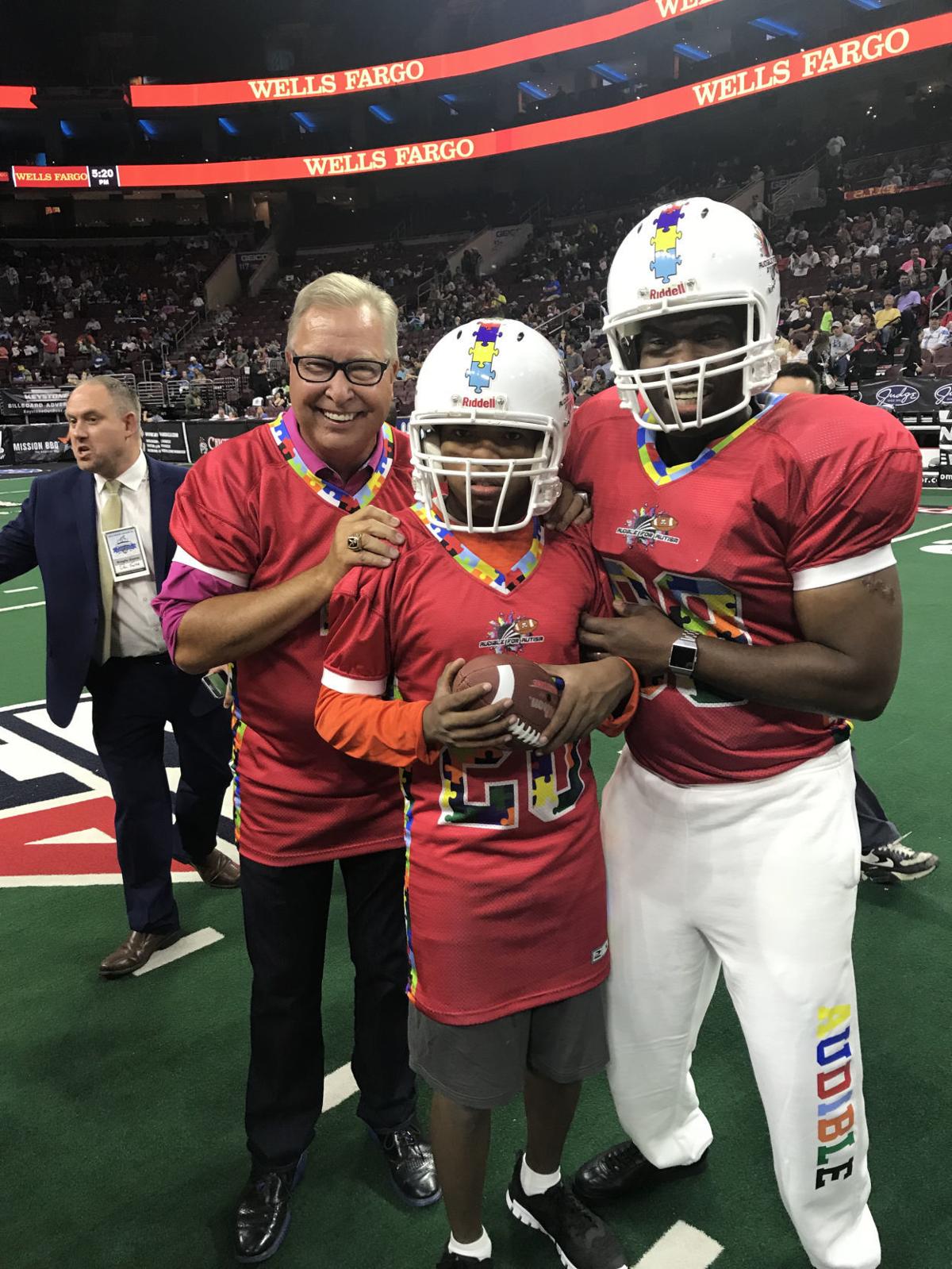 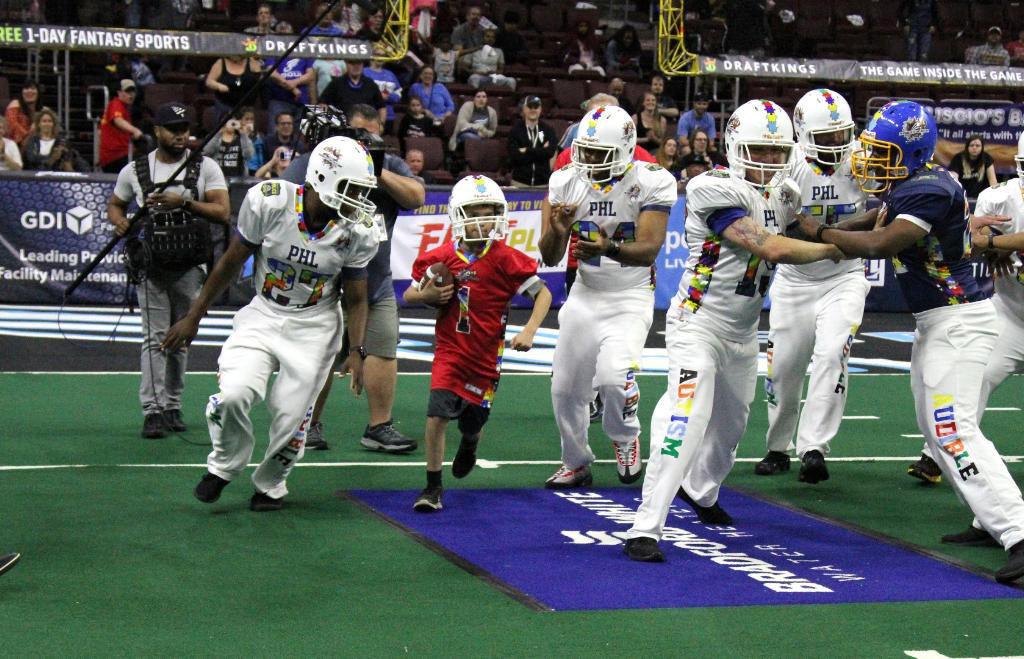 Ryan Baglin, with a little help from the Soul, makes a dash towards the end zone.

Ryan Baglin, with a little help from the Soul, makes a dash towards the end zone.

The Audible for Autism Halftime Touchdown Run and Autism Sports Therapy Festival was hosted by the Philadelphia Soul on Sunday. Former Philadelphia Eagle, Ron Jaworski put on the pads one more time with City Councilman At Large Derek Green, to fight the stigma of Autism during the interactive touchdown run and autism festival after the Soul Arena League Football game against the Washington Valor. The Valor defeated the two-time defending AFL champion Soul 49-48.

The Halftime Touchdown Run Teams were comprised of members of the Philadelphia Police Department. City Councilman Green and Ron Jaworski snapped the ball and helped Ryan Baglin execute a touchdown run with the crowd cheering them on.

Following the Soul game, The Audible for Autism “Shining Light” Sports Therapy Festival and Spectrum Talent Showcase was held. The festival invited children and their families to take the field and participate in a variety of interactive sports activity stations, such as basketball, hockey, baseball, football, and soccer. Children performed their favorite talents, and received trophies, ribbons, and awards. In addition, the festival implemented cutting-edge researched activities proven to assist children and their families in overcoming some of the daily challenges that living on the Spectrum present.

“Our goal is to give each child a day they will always remember, one that will make them feel that their community loves and accepts them,” said multi-GRAMMY Award winner and founding member of Audible For Autism, Muzz Skillings.