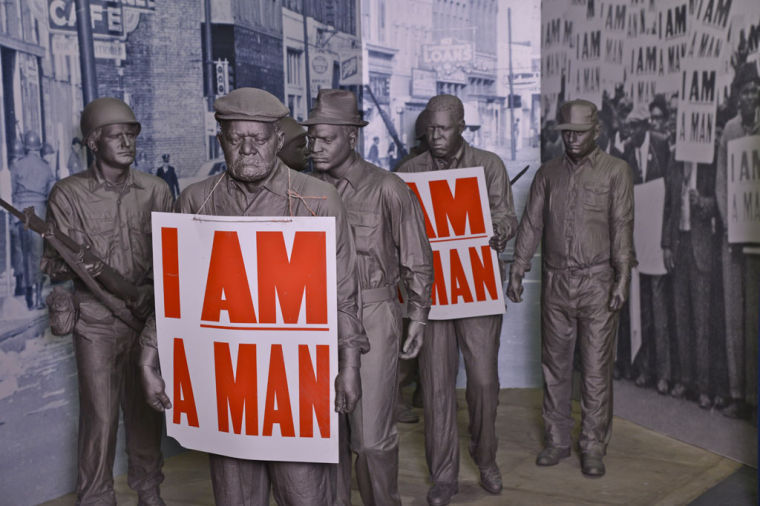 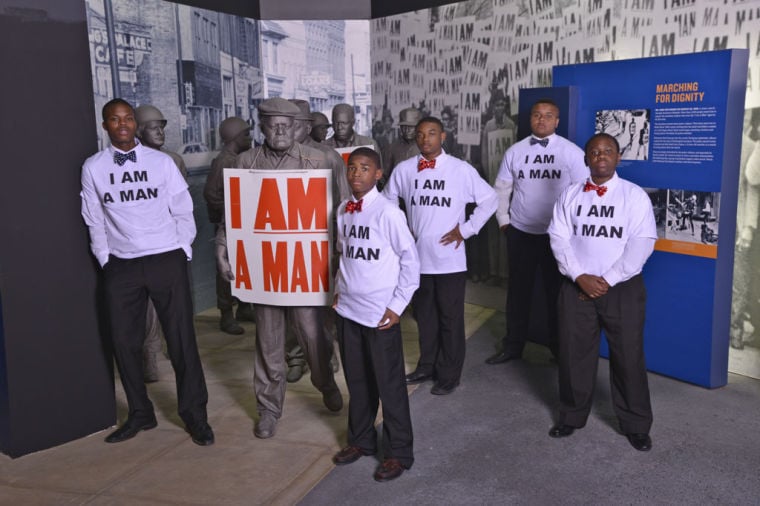 When revered, civil rights leader Dr. Martin Luther King traveled to Memphis, in the fateful year of 1968, it was impossible to tell at the time King’s support of distressed African-American sanitation workers would lead directly to worker–city government violence, and indirectly to King’s assassination, which would happen that year.

King, already a firebrand leader, initially traveled to Memphis early in 1968 to support soon–striking Black sanitation workers. The workers walked off the job that February, due to poor wages and working conditions.

According to several accounts, minorities received disproportionately lower wages compared to those received by their white counterparts. The workers also complained of being forced to work in inclement weather, while white workers were often given paid time off in such conditions.

The deaths of Black sanitation workers Echol Cole and Robert Walker on Feb. 1, 1968, preceded King’s visit and helped spark the violence to come.

Cole and Walker were crushed to death by a malfunctioning truck. Twelve days later, 1,300 Black men from the Memphis Department of Public Works went on strike.

According to Stanford University’s renown King archives, the night before his assassination in April 1968, King told a group of striking sanitation workers in Memphis that “we’ve got to give ourselves to this struggle until the end. Nothing would be more tragic than to stop at this point in Memphis. We’ve got to see it through.”

According to the archives, King believed the struggle in Memphis exposed the need for economic equality and social justice that he hoped his Poor People’s Campaign would highlight nationally.

The situation rapidly unfolded, and King found himself in the midst of a den of palpable African-American anger. And the Memphis Police Department’s response to King’s action and that of the Southern Christian Leadership Conference and the NAACP — which both supported the strike and King’s mission — left little in doubt that unbridled violence was on the horizon.

“The following day, after police used mace and tear gas against nonviolent demonstrators marching to City Hall, Memphis’ Black community was galvanized,” read Stanford University’s take on the occurrences. “Meeting in a church basement on February 24, 150 local ministers formed Community on the Move for Equality, under the leadership of King’s longtime ally, local minister James Lawson. COME committed to the use nonviolent civil disobedience to fill Memphis’s jails and bring attention to the plight of the sanitation workers.

“By the beginning of March, local high school and college students, nearly a quarter of them white, were participating alongside garbage workers in daily marches; and over one hundred people, including several ministers, had been arrested,” it continued.

Afterward, King briefly left Memphis, but left the day-to-day organizing to the Southern Christian Leadership Conference, which decided to reschedule a King–led rally for March 1968.

That fateful decision factored into the death of youth shot by a Memphis officer and to King’s assassination itself.

“King arrived late and found a massive crowd on the brink of chaos,” read Stanford’s account. “King and Lawson led the march together but quickly called off the demonstration as violence began to erupt. King was whisked away to a nearby hotel, and Lawson told the mass of people to turn around and go back to the church.

“In the chaos that followed, downtown shops were looted, and a 16–year–old was shot and killed by a policeman,” the account continued. “Police followed demonstrators back to the Clayborn Temple, entered the church, released tear gas inside the sanctuary, and clubbed people as they lay on the floor to get fresh air.”

The following day, over 200 striking workers continued their daily march, carrying signs that read, “I Am a Man.”

There is conflicting reports on who or what, exactly, made the march morph into a violent spectacle, which ran counter to what King taught, preached about and embraced.

According to King’s biopic, “I’ve Been To the Mountaintop: A Call to Conscience,” King considered abandoning Memphis, but decided that if the nonviolent struggle was going to succeed, then it would be necessary to follow through with the Memphis efforts.

King returned to Memphis on April 3, but never got the opportunity to see the march through to its end, as King was shot and killed on the balcony of the Lorraine Motel in Memphis on April 4.

The National Archives gives a slightly different account on what sparked the violence.

“Unfortunately the demonstration on March 28 turned sour when a group of rowdy students at the tail end of the long parade of demonstrators used the signs they carried to break windows of businesses,” read the National archives’ account. “Looting ensued. The march was halted, the demonstrators dispersed, and King was safely escorted from the scene.

“About 60 people had been injured, and one young man, a looter, was killed,” the National Archives account continued. “This episode prompted the city of Memphis to bring a formal complaint in the District Court against King, Hosea Williams, James Bevel, James Orange, Ralph Abernathy, and Bernard Lee, King’s associates in the Southern Christian Leadership Conference … the outbreak of violence deeply distressed King. In the next few days he and fellow SCLC leaders negotiated with the disagreeing factions in Memphis.

“When assured of their unity and commitment to nonviolence, King came back for another march, at first scheduled for April 5. In the meantime, U.S. District Court Judge Bailey Brown granted the city of Memphis a temporary restraining order against King and his associates.”

In a light drizzle, more than 1,000 marchers wore T–shirts with union logos and held signs saying “We are Memphis” or bearing the slogan for the 1968 strike: “I Am a Man.” Participants came from as far as Louisiana, California and New York.

Surviving Memphis strikers Baxter Leach, Alvin Turner and the Rev. Leslie Moore joined the marchers when they arrived at a rally at the National Civil Rights Museum, built on the site of the old Lorraine Motel where King was shot down.

Moore, 66, was in his early 20s at the time of the strike. He still drives a truck for the Memphis sanitation department.

“Something lifted off of us when Dr. King came to Memphis,” Moore said, prior to taking part in the original march. “Before he came, we had a hard time. When he came, it looked like everything brightened up, a light began to shine out.”

King’s son Martin Luther King III said workers still face challenges like the ones they fought to overcome in 1968. He said his father’s campaign for racial and social equality through nonviolent means still has meaning.

“He was talking about real issues,” King III said, “that uplift the quality of life of all people.”

In an interesting addendum, activist, author and host Tavis Smiley said in the year or so before King’s assassination, the world changed on king, after he began focusing on the so–called “triple threat” of racism, poverty and militarism.

Smiley recently wrote a book about the last year of King’s life, where Smiley points out that in King’s time — like now — poverty remains an uneasy topic.

“As long as King talked about civil rights, people would listen,” Smiley said. “But as soon as King started talking about this triple threat, the whole country — white people, the media, the government and even Black people — turned on him.”