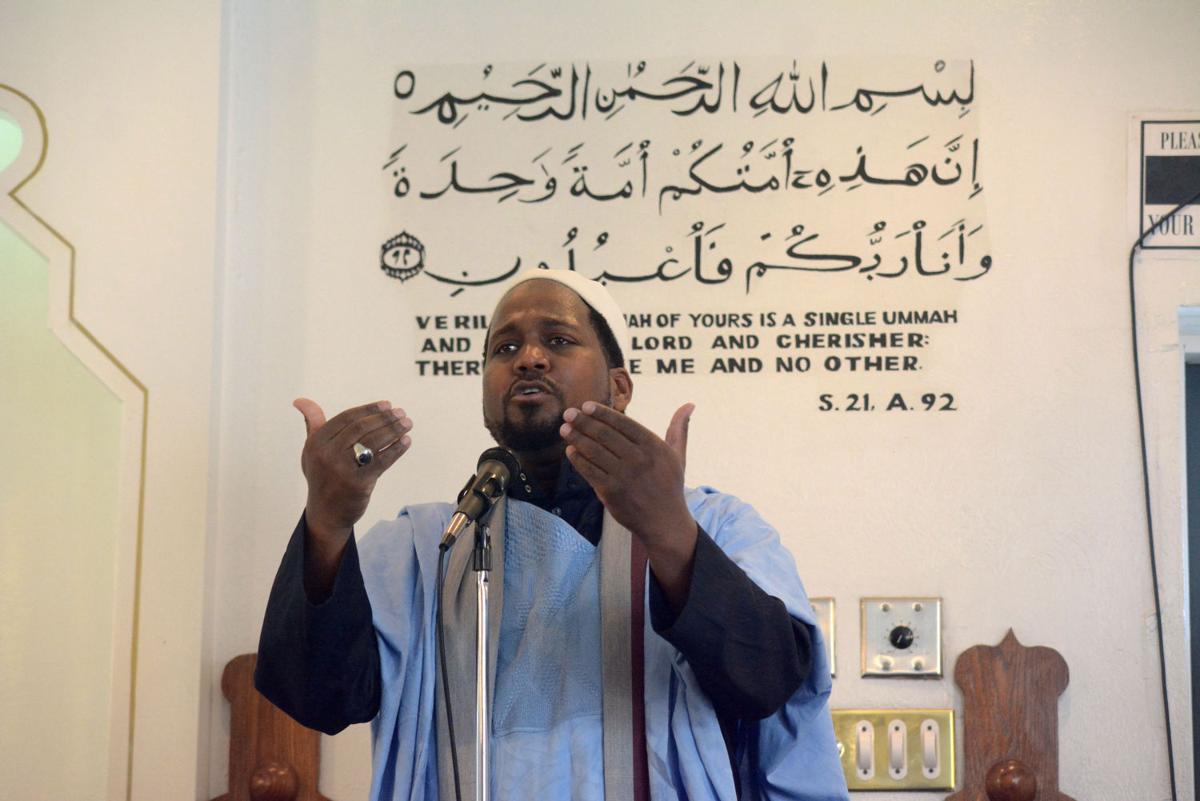 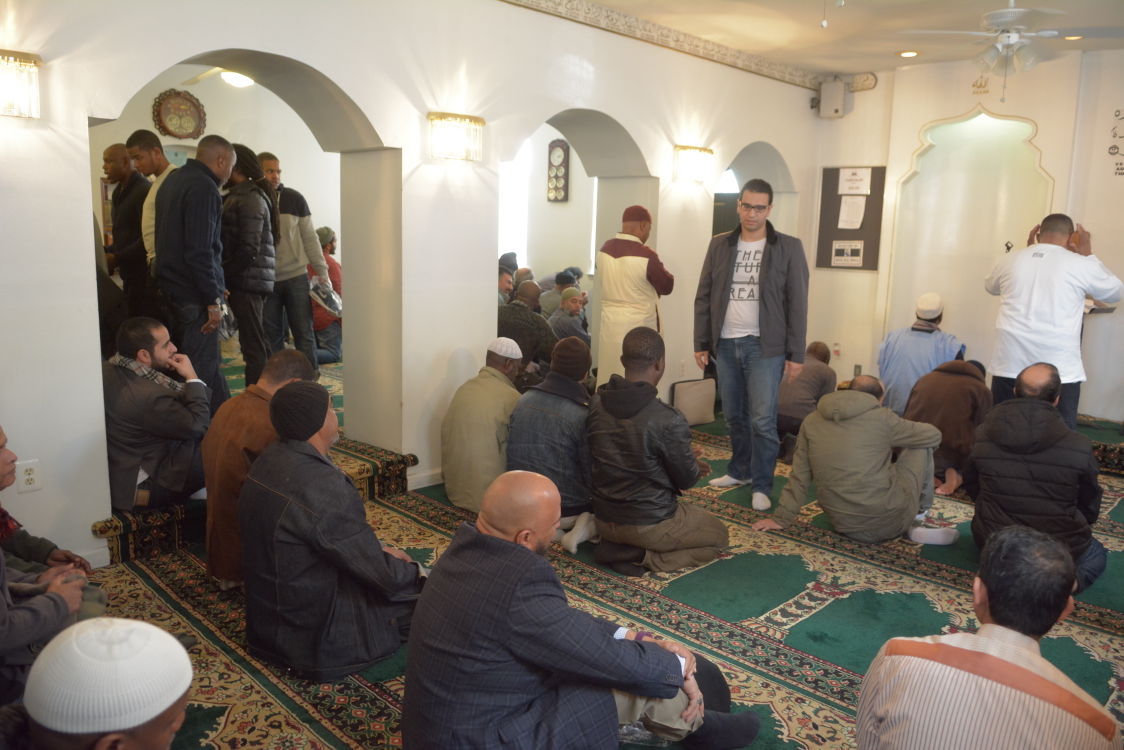 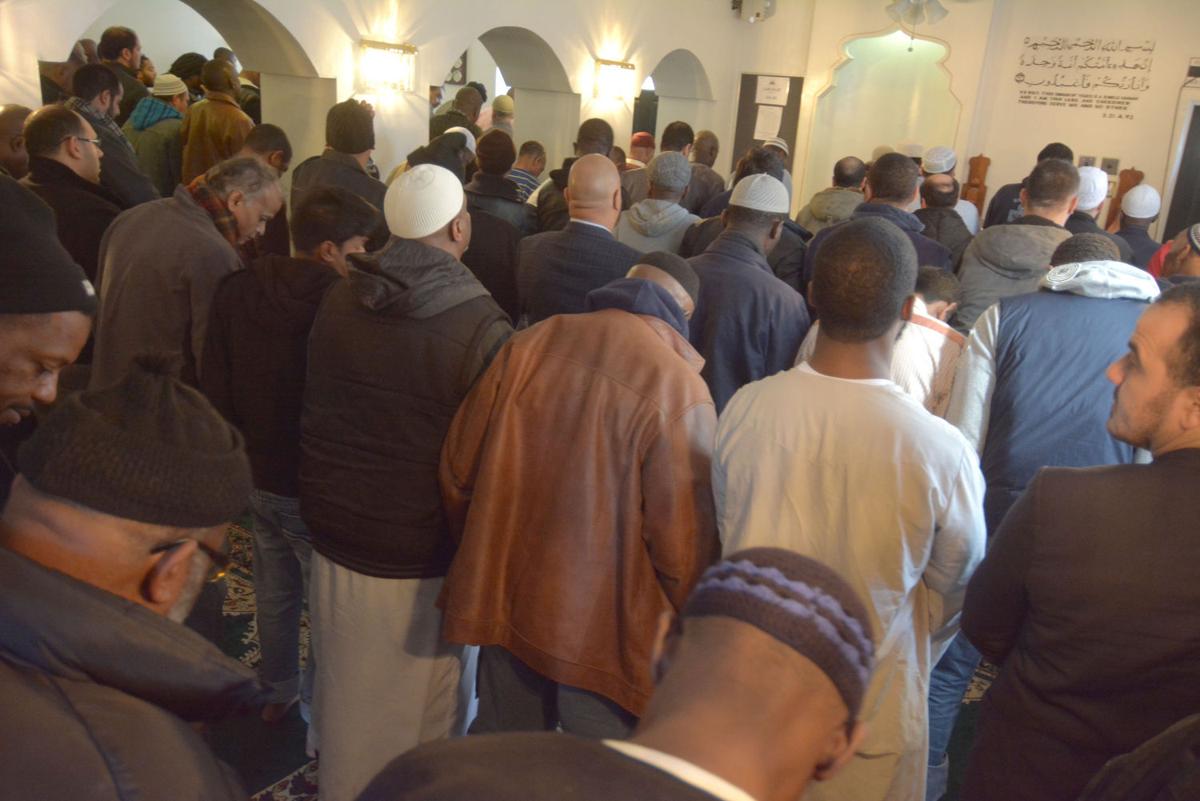 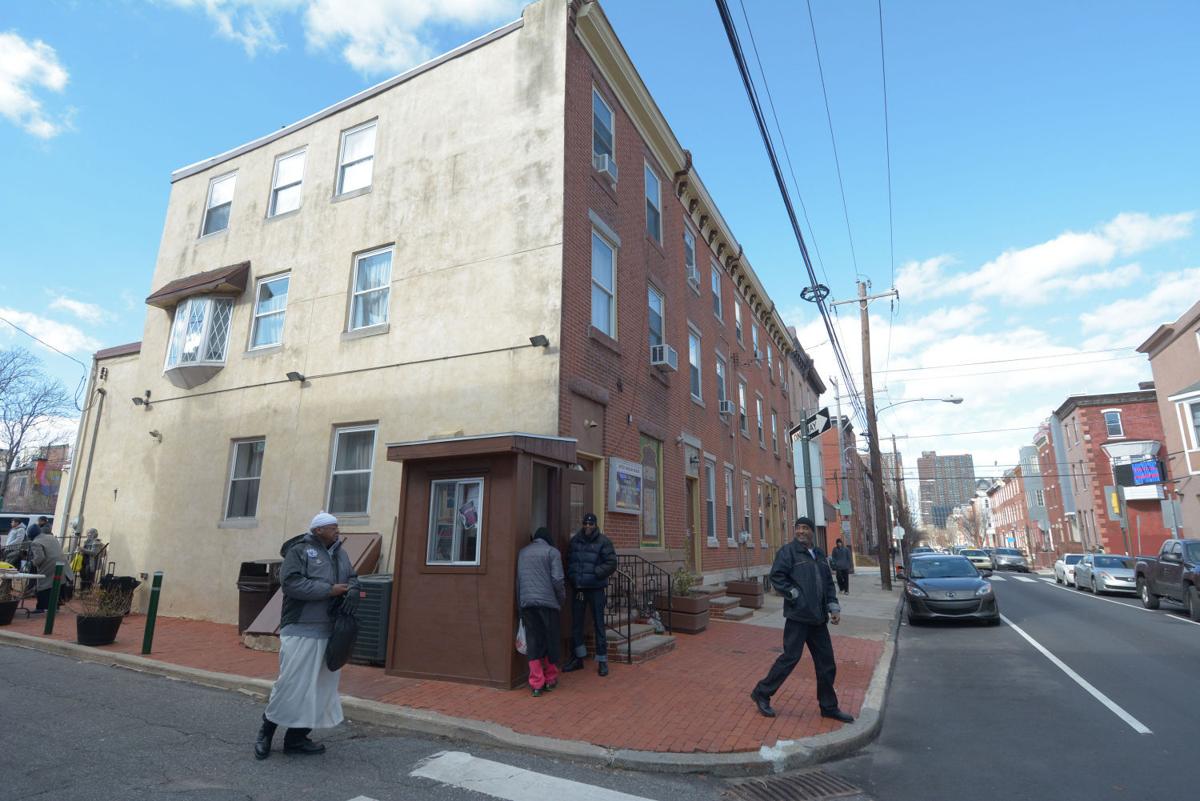 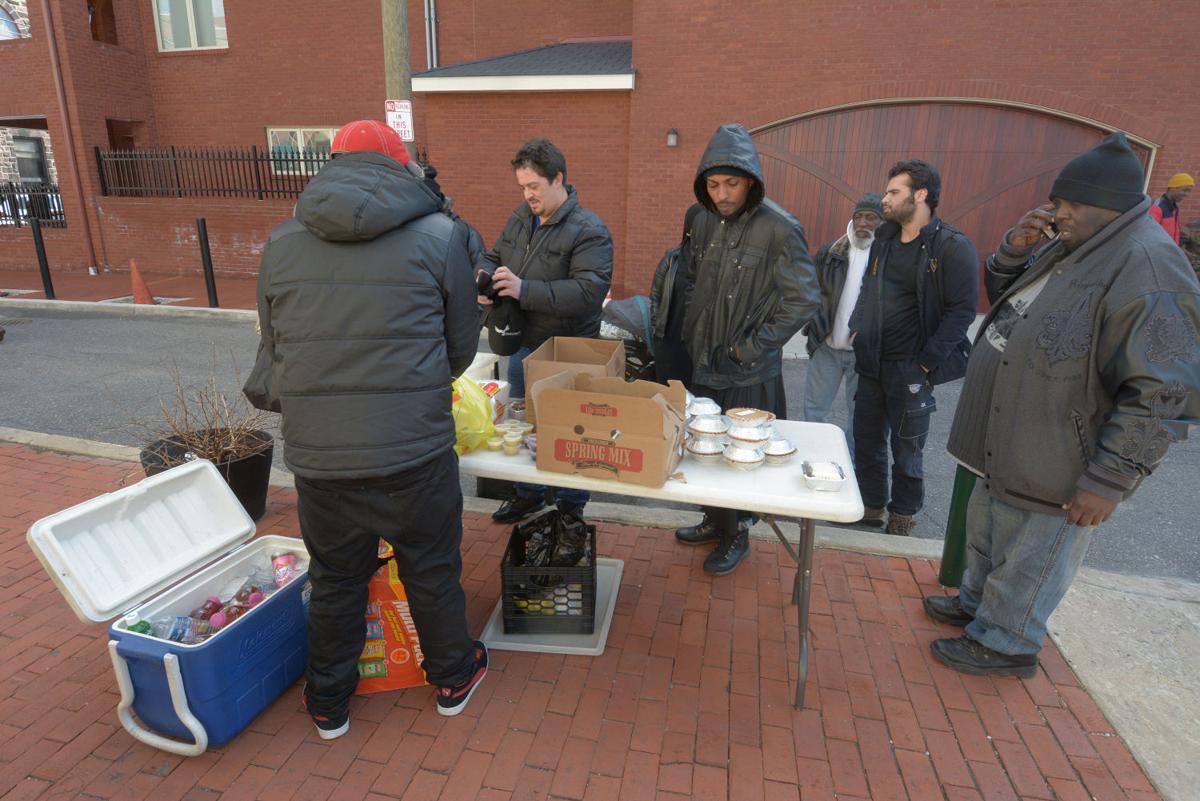 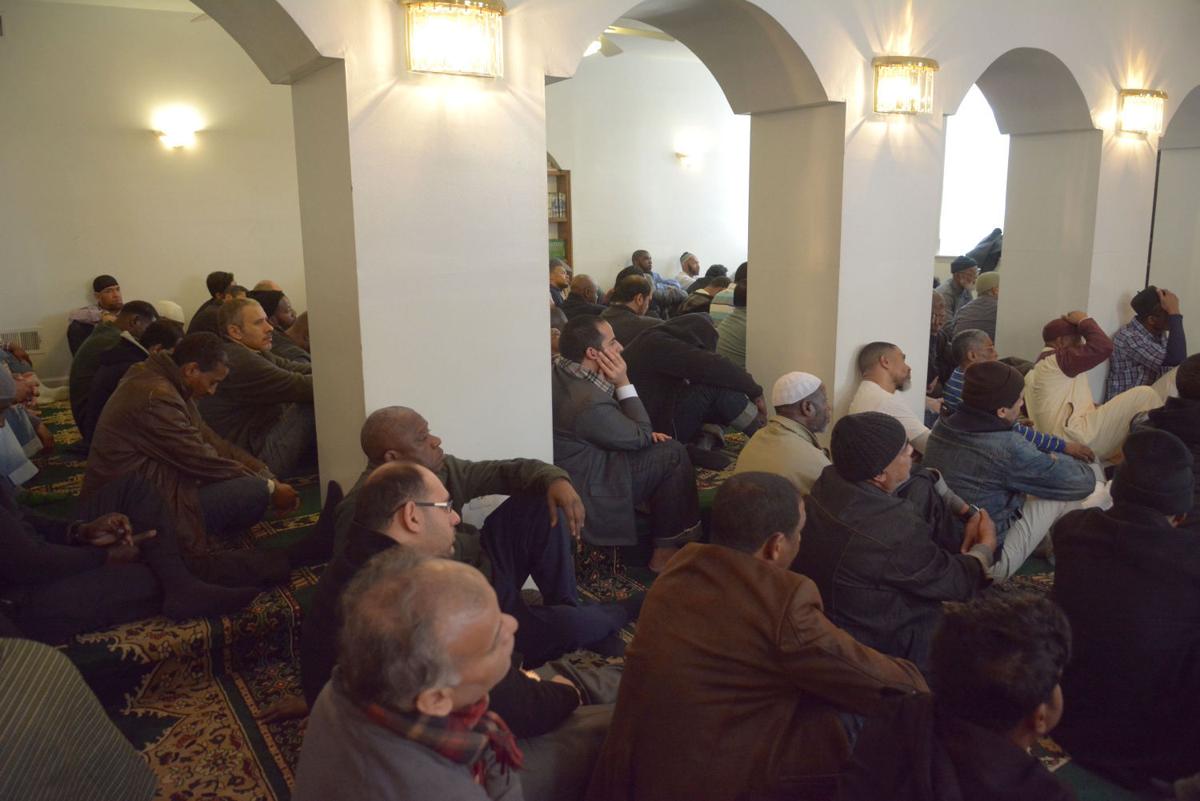 Men listen to the message.

Men listen to the message.

The United Muslim Masjid (UMM) is working to enlighten its body of believers in a world that can make it hard to be a Muslim. No matter the offensive political and media rhetoric or Islamophobia, they still work to be a haven where Muslims can go to get their fill of Islam and the other pieces of life to be whole.

UMM was founded in 1994 by Luqman Abdul-Haq (Kenny Gamble) in response to a need for a house of prayer for Muslims in a South Philadelphia neighborhood. According to their history, on the first Friday of their Jumuah service, the Masjid was filled to capacity. By 1995, they expanded their building to include 808 S. 15th St. as they already occupied 810.

In 2006, they expanded again, with a location in Point Breeze.

The growth continues as they have worked not only to be a house of prayer, but a house where Muslims can thrive.

“We are trying to offer Islamic services to the community so they can stay rooted in the religion,” said Qasim Rashad, UMM Amir. “If the Masjid doesn’t perform these kind of functions, then it becomes a place of prayer exclusively. We view our Masjid, particularly in the African-American community, much like in the Christian tradition where the church is more than a house of worship, it’s a community center.”

UMM offers religious classes for its body to immerse themselves in Islamic knowledge, including a New Shahadah class (for new members); Arabic language classes; burial classes; a summer camp where children are taught to read the Quran; and regular lectures at the Point Breeze location.

The immersion expands as UMM regularly offers opportunities for its body of believers to participate in other learning and culture, with an Islamic touch to it.

The annual sister’s luncheon fashion show is one of these opportunities.

For 18 years, UMM has hosted a Sister’s Recognition Luncheon and Fashion Show. The luncheon celebrates women who are making a difference in the community and includes a four-course dinner and a fashion show.

The fashion features Islamic designers — new and veteran — articulating what it means to be modest from their perspective. It engages the group of sisters who are into fashion as an art and is exposure for the designers.

“Whether it’s an overgarment or pantsuit, it’s the designer’s take on how you can dress modestly and still look fashionable,” said Alessia Wells, the chairperson for the luncheon committee.

This year’s luncheon and show will be themed “Moving Mountains by Educating Minds.”

“Being a woman and growing up someone who is fashionable ... I don’t feel left out, like I can’t wear top designers. It’s always an alternative. The [fashion show] gives you that insight,” said Bayyinah Lewis, 32, a UMM member for about 20 years.

Lewis described UMM as a place where “everything is always on point.” She’s been a student in several of the classes, including the women’s class, which she said teaches about being a woman in Islam, and burial classes that are centered on preparing yourself so you can be in good standing when you die.

In addition to the knowledge, Lewis added that she appreciates the way UMM makes it easier to be a Muslim.

“Being a young adult and growing up in Philadelphia, a lot of times it’s hard to stay focused on being a good Muslim,” she said. “[UMM] has a lot of community events and a large youth group. You can come here and see your peers and be able to talk to them. [And] a lot of the lectures are relatable — something we can understand.”

An upcoming workshop/symposium that UMM will offer April 30 will center on the book, “Polygyny: What It Means When African American Muslim Women Share Their Husbands.”

“The marriage retreat has been in existence for five years,” said Kashief Smith, a member for more than 20 years and the retreat organizer. “We created the retreat as an opportunity to bring couples together. We believe that, in Islam, to build a community, you have to build families and building families and building communities, you have to strengthen marriage. The Masjid is not just a place of worship, but a place to build a family.”

Smith said on the recent retreat, he and other couples went skiing and participated in team-building exercises.

“It showed me a lot of about dealing with my spouse — how we handle things,” he said. “[And] it’s just team-building with other couples and realizing we are not alone. There are good days and bad days, but we are all here connecting the dots spiritually and emotionally.”

On a whole other front, he describes their efforts to tackle Islamophobia as proactive.

UMM led the effort that resulted in the city recognizing the two Eids — the Islamic holiday — as an official holiday.

They will be also hosting a high school roundtable on Islamophobia.

“What we have found is even within areas of high schools and sections of the city that are exclusively Black, they still are experiencing Islamophobia ... along the lines of micro aggressions,” said Rashad. “Little girls trying to pull the kemar off another girl, asking ‘do you have ears under there?’ Those are the kinds of things we have talked to the kids about .. it’s in their space and it makes them feel uncomfortable, so we are doing a lot of proactive things to help curb that.”

UMM’s radio show, aired Saturdays on WURD, is another tool they use to educate the community at-large about Islam, issues specific to the Muslim community and general African-American issues.

“We like to use the show as a tool to give the audience a clear understanding of what the religion is all about, despite what the media shows them and we like to inform them about things going on in the African-American community,” said Jihad Ahmed, one of the hosts. “We talk about everything, from HIV to homosexuality because those things do exist in the Islamic community. [And] we have some of everybody on — a whole host of people from the Jewish community, Islamic community and Christian community.”

On the Friday of the Tribune’s visit, during the Jumuah service, Imam Muhammad Mendes, a visiting Imam who regularly teaches at UMM, spoke about race and ancestry and charged the body to not use Islam as a tool for just individual growth but for the greater good.

“How is your religion helping you transcend the narrowness of only being concerned about you, your family, your city, your community and your race?” he asked. “Racial superiority is not a white America problem. It’s a human problem. In some places, you have Blacks who feel they are racially superior to people who are not Black. The key is to recognize who we really are.”

Mendes later said UMM was one of his favorite Masjids, citing its history and its diversity as some of the few characteristics that make it special.