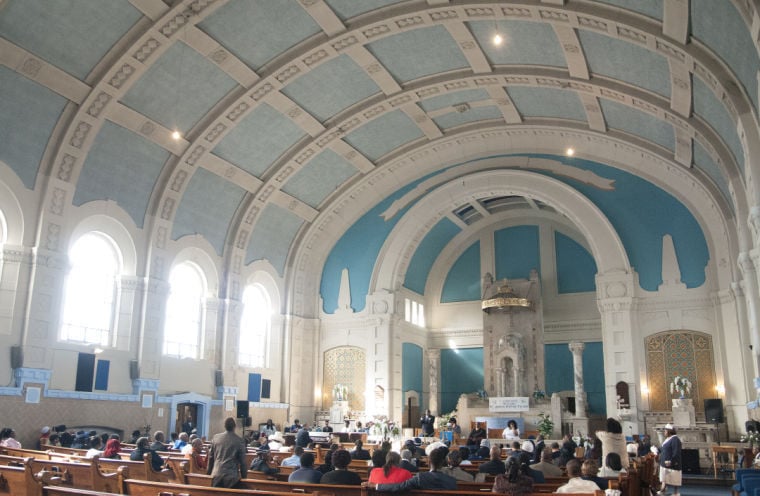 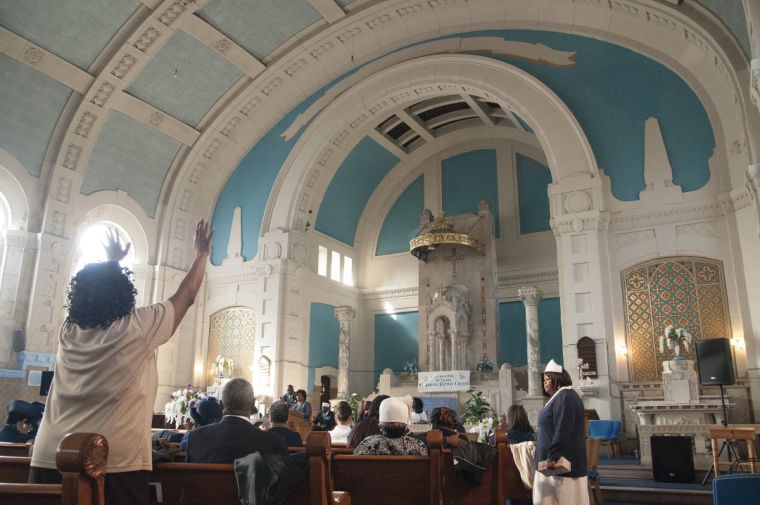 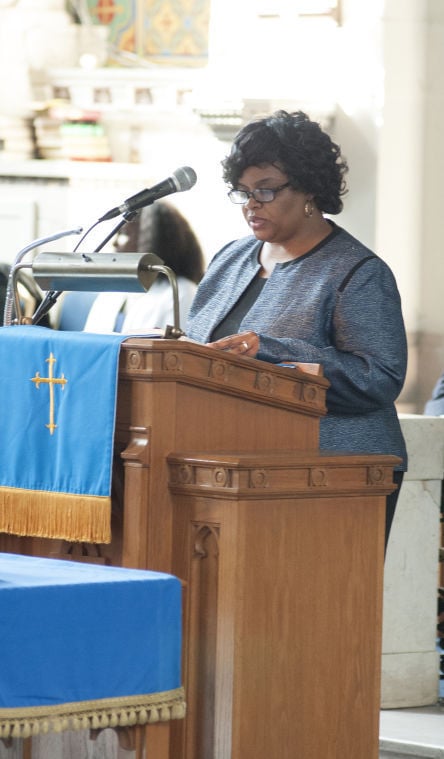 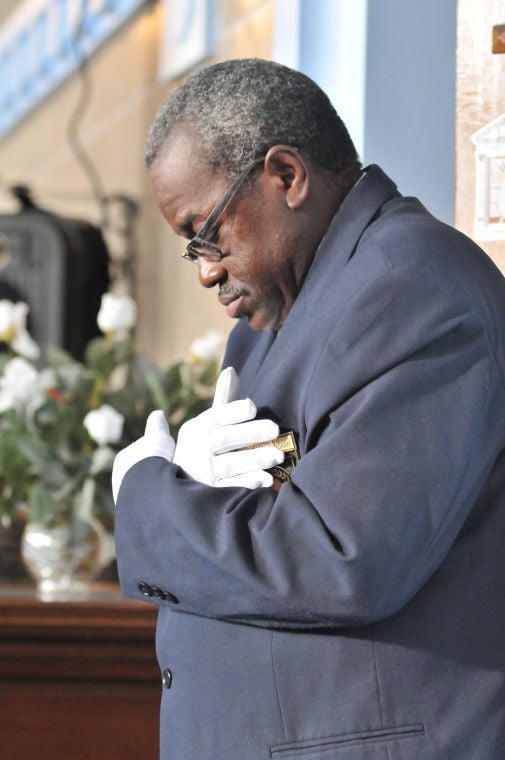 Usher Acie Patterson stops to recognize a moment of prayer. 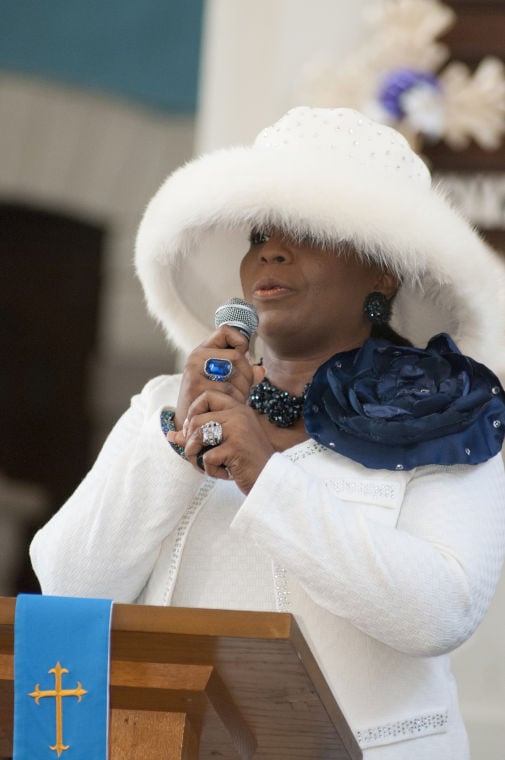 The first lady, Kim Fleming, delivers a hearty welcome while introducing the pastor. 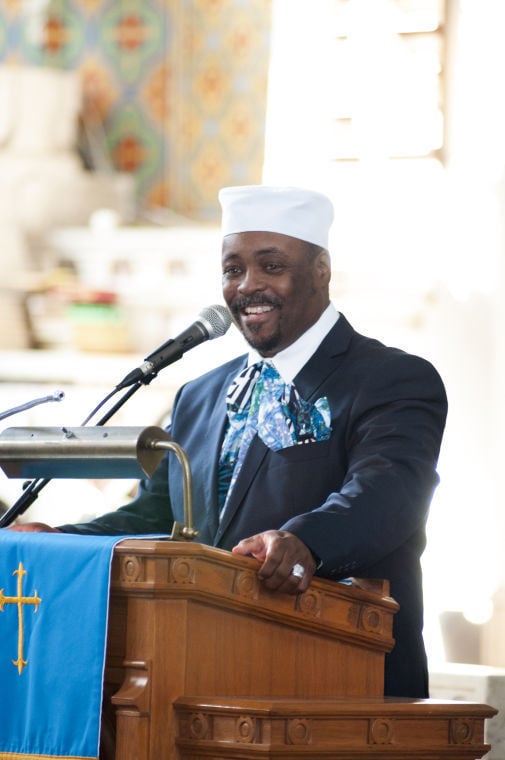 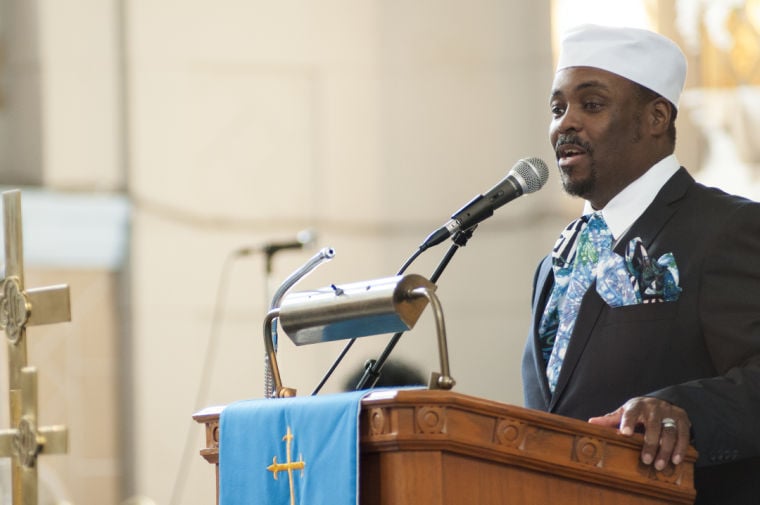 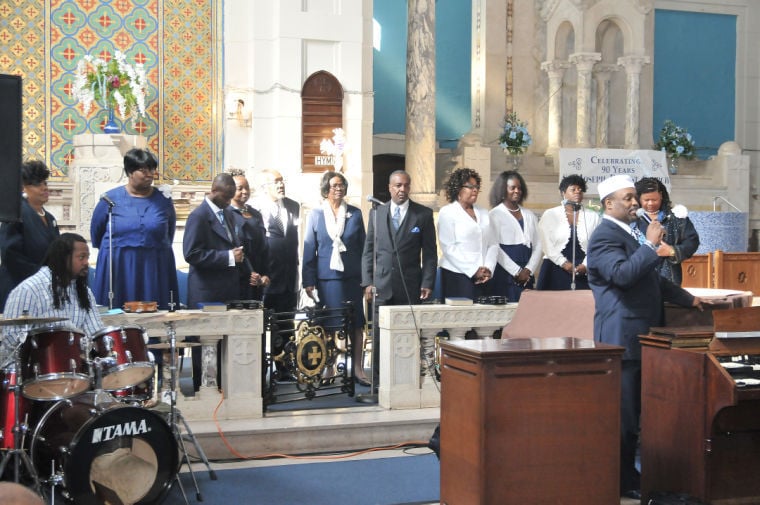 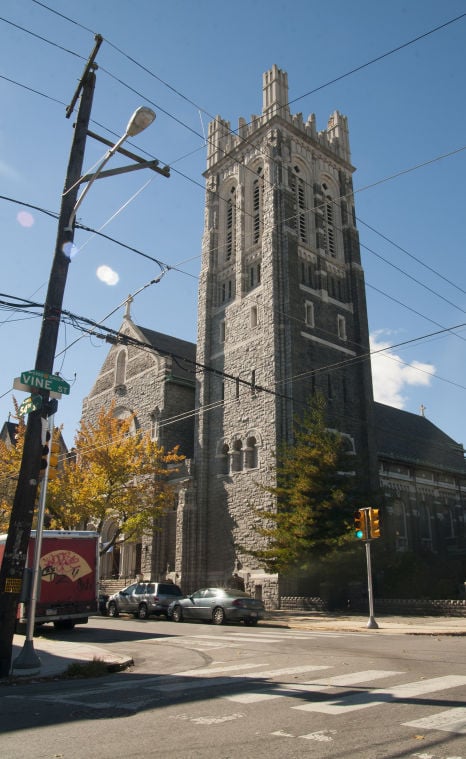 Usher Acie Patterson stops to recognize a moment of prayer.

The first lady, Kim Fleming, delivers a hearty welcome while introducing the pastor.

St. Joseph Baptist Church celebrated its 90th anniversary during a special service on Sunday, Oct. 19. Sharply dressed congregants gathered at the church located 5412 Vine St. in West Philadelphia ready to celebrate the milestone; many of them have been members for decades.

“I have been here at St. Josephs all of my life, and I have been pasturing here for 21 years,” said the Rev. W. Gregory Fleming, pastor.

Fleming began his preaching 31 years ago but attended St. Josephs as a child and calls the church his home.

“I am here at my home church, and it is rare that a son of the church pastors the church [they grew up in]; I never left, I have always been here,” he said.

The pastor is not the only member of the church who grew up in the church from babes. In fact, there are quite a number of them and they even coined a name for them, “lifers.”

“I am a lifer. I am 53-years-old, and I have been here all of my life,” said Fleming. Not only is he himself a lifer but his 23-year-old son and 11-year-old twins are also lifers who worship at the church with Fleming and his wife, Kim, the first lady.

The church has a deep and enduring history in the city and entering their sanctuary is a section where photographs and other artifacts are kept documenting the churches history and ministries since its founding October 1924.

According to church records, the church was first located at 934 Ridge Ave. moving to 447 Poplar St. in 1928 with the late Rev. G.T. Terry as pastor. It wasn’t long before its membership began to grow and a larger facility was required.

They then relocated to 8th and Jefferson streets they would move again to 1440 N. Warnock St. under the leadership of the late Rev. G.T. Price and finally found a home at its current location holding their first worship service on April 29, 2007.

“We do our community feeding, and we are coming up on Thanksgiving where we hold an annual Thanksgiving Day Dinner.”

There is also a Fall Fest hosted by the church. Fall Fest is an alternative to Halloween intended to keep the children off the streets on Halloween night.

“Our greatest mission is community,” he said.

Fleming said that growing up in the church, he never envisioned himself preaching and most certainly did not see himself pastoring the church in those early years of his youth.

It was the late Rev. J.B. Boyd who took the time to mentor and disciple the young Fleming that made the difference.

“I would always consider him and I Paul and Timothy; I was his Timothy and he was my Paul because every Sunday he would have me sit in his office and he would give me instructions on preaching, on how to guide the church, on how to live,” said Fleming.

“I did not want to hear because preaching was not in my thoughts,” Fleming reflected.

Well, it is now and today Fleming sits in the seat of his mentor.

It was Boyd who created the church’s junior choir, the youth choir, the male chorus and the District Missionaries.

“Rev. Boyd organized the youth department and was its strongest supporter. He organized the Junior Deacons, Junior Trustees, which was a training ground for the youth of the church,” reads the church’s history.

These youth not only played a key role in church functions but they also learned ministry first-hand by visiting the sick, caring for seniors and engaging in community activity.

“Although he never had the opportunity to see me become a preacher because he died two years before I went into ministry, he groomed me for about 15 years every Sunday, even on his death bed,” said Fleming.

It is this tradition of community outreach and discipleship which characterizes St. Joseph to this day.

Mother Ernestine Johnson has worshiped at St. Josephs for 15 years and said she has served in many of its ministries during that time.

That sentiment was echoed by most of those who shared their views about St. Joseph.

The church, maintained its traditional way of Baptist worship including some of the hymns passed down through the generations.

Another “lifer” at the church, Derrick Norton, associate minister, serves as the Christian education director.

“I was born here; my mother and father went here,” said Norton.

Norton said that it is the camaraderie and social aspect of the church which keeps many of the members there throughout their lives.

“I am blessed and just humbled to be here and able to serve in this capacity here at the church I grew up in,” he said.

St. Joseph’s education ministry seeks to teach its members the values and principles of Christianity such as love, peace and forgiveness.

“We are committed to making people’s lives better one at a time,” said Norton.

The church is large, covering much of 54th Street and there are several other churches in the area. However, Deacon Charles Smith says there are still many souls that need to be fed.

“We are in the right place at the right time,” said Smith who joined the church in 2007.

Deaconess Betty Gage is another lifer who was born and raised in the church who followed several members of her family who served as deacons and deaconesses.

“This church has always been family oriented; you can come into this church and always find four or five people of the same family, so when these families get together we are all one part of one family, we are all a part of God’s family,” said Gage.

This bond helps explain why so many members of St. Joseph’s are born in the church and stay throughout their lives.