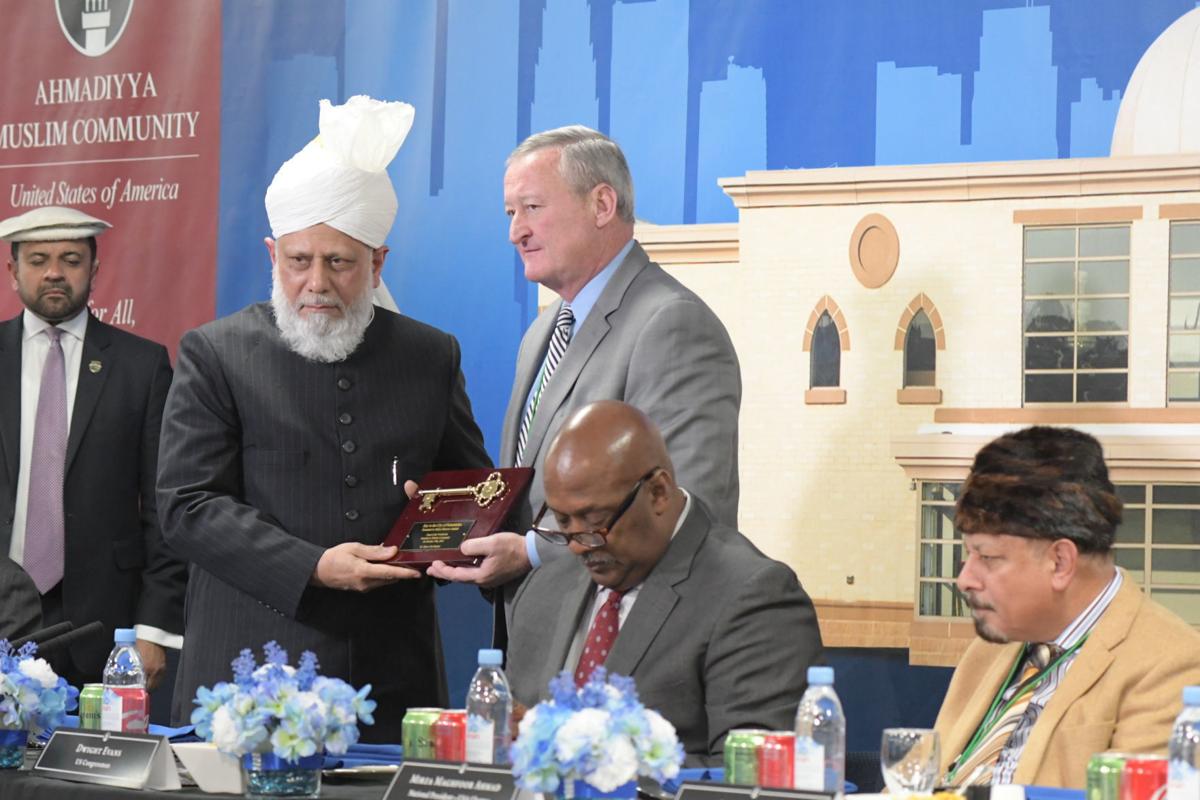 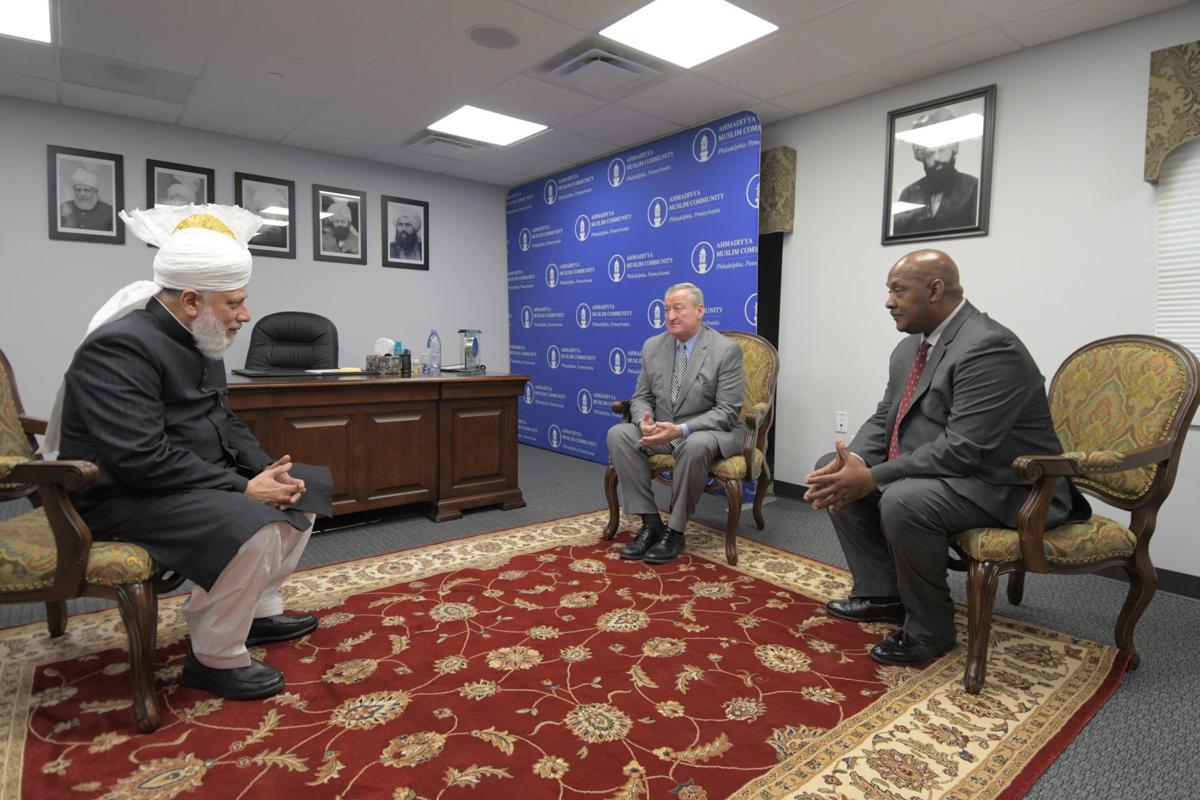 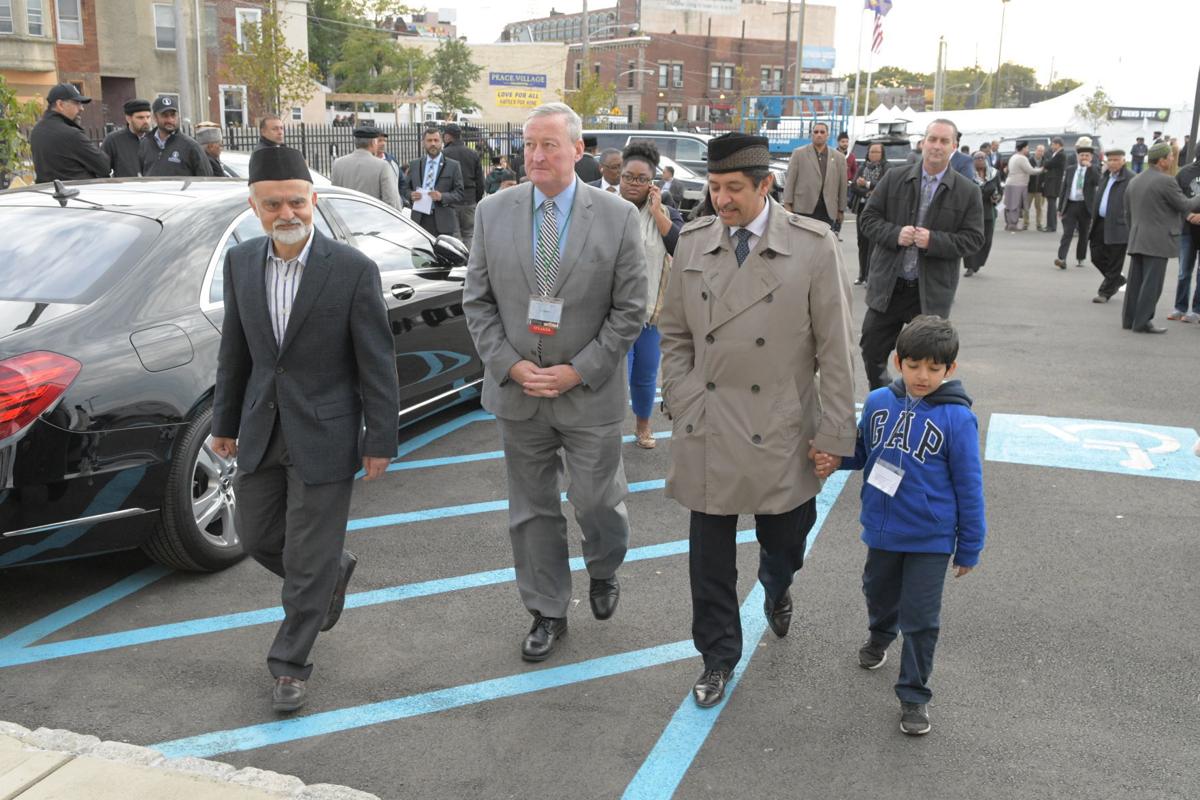 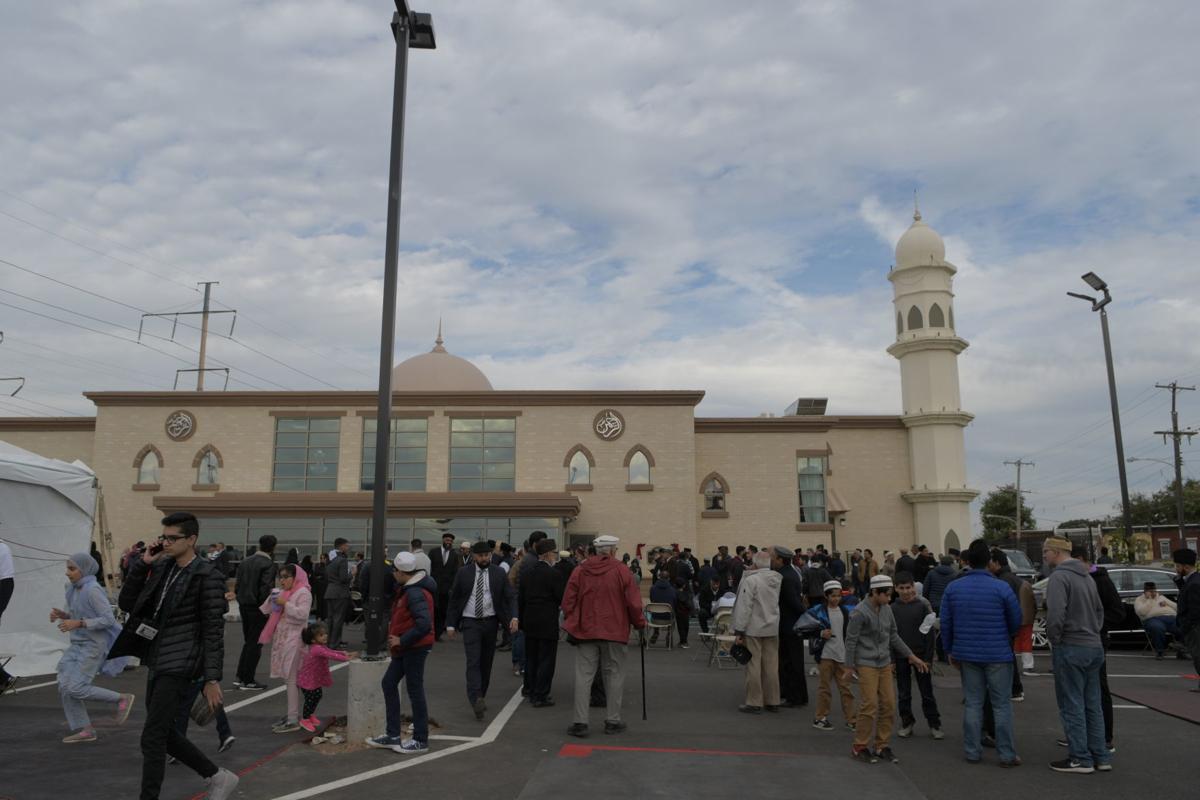 Mayor Jim Kenney welcomed the Khalifa of Islam and international head of the Ahmadiyya Muslim Community to the city on Friday at the opening of the Baitul Aafiyat mosque. The new mosque at 1215 W. Glenwood Ave. is the largest mosque in Philadelphia.

Khalifa Mirza Masroor Ahmad, who traveled from London to give a keynote address and dedicate the Ahmadiyya’s new mosque, accepted a Key to the City from Kenney. Offering words of peace before a large crowd attending the opening reception and dinner, the Khalifa offered Baitul Aafiyat to the city as a public space for people to come together, no matter their religion.

The Ahmadiyya Muslim Community in Philadelphia has 600 members. Before the mosque was built, the members worshiped in four other locations, including rented locations and members’ homes.