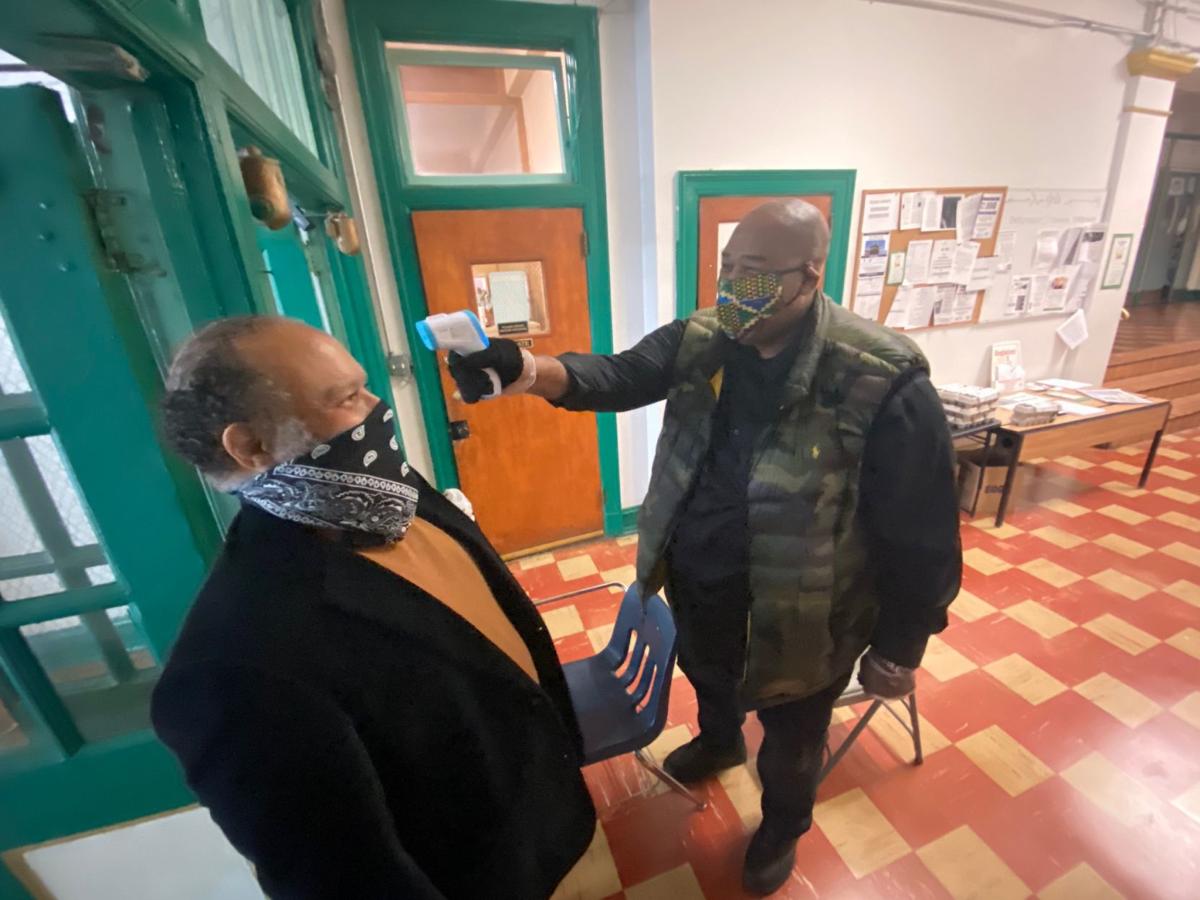 Everyone entering Philadelphia Masjid gets their temperature checked. 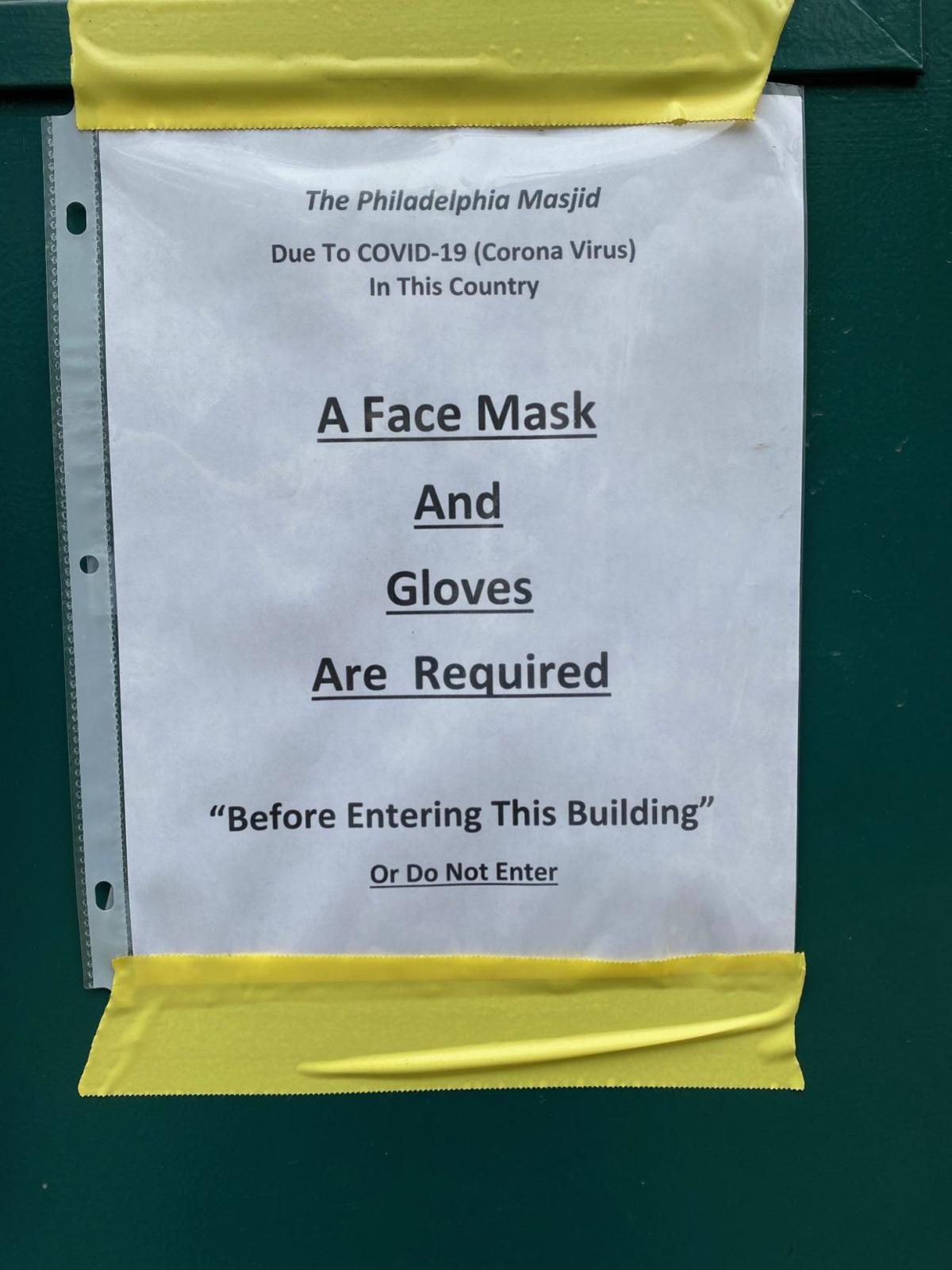 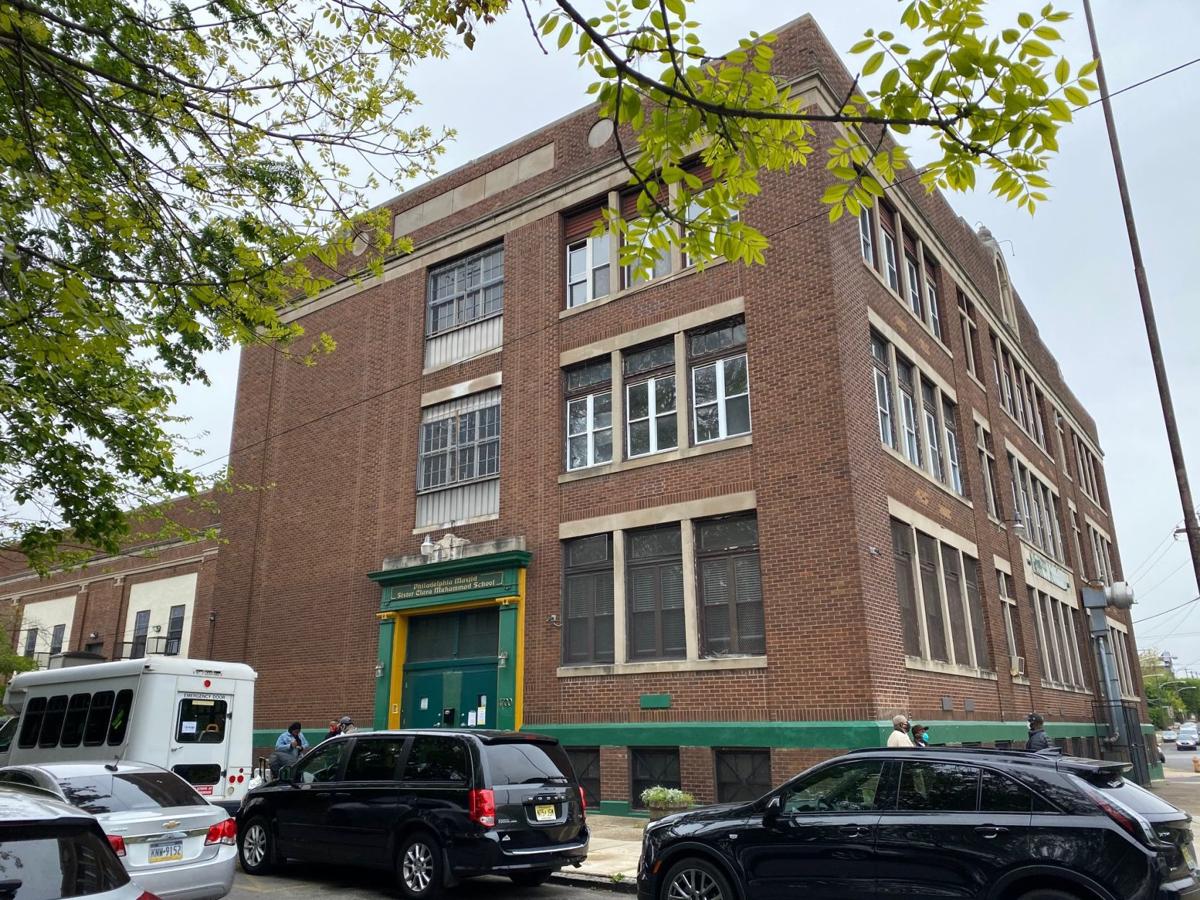 Philadelphia Masjid is located at 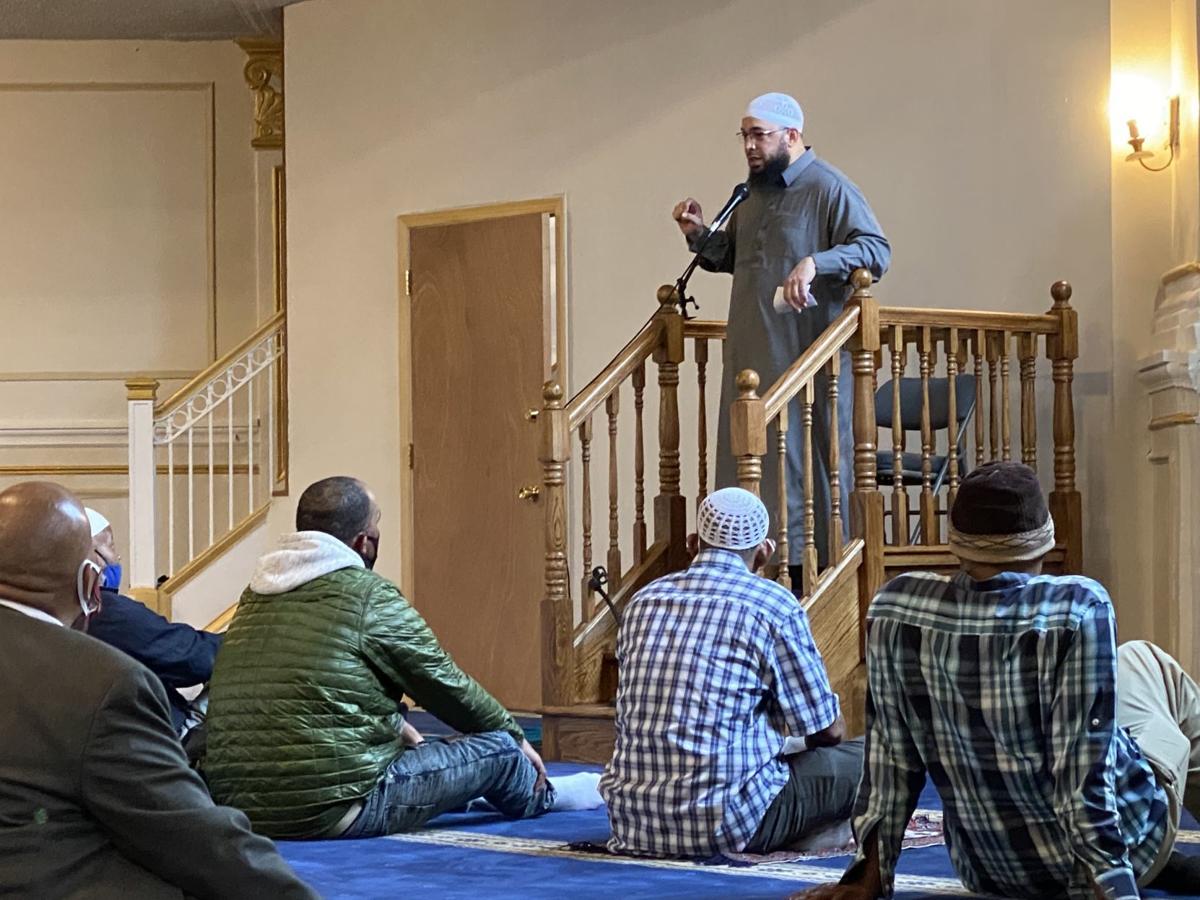 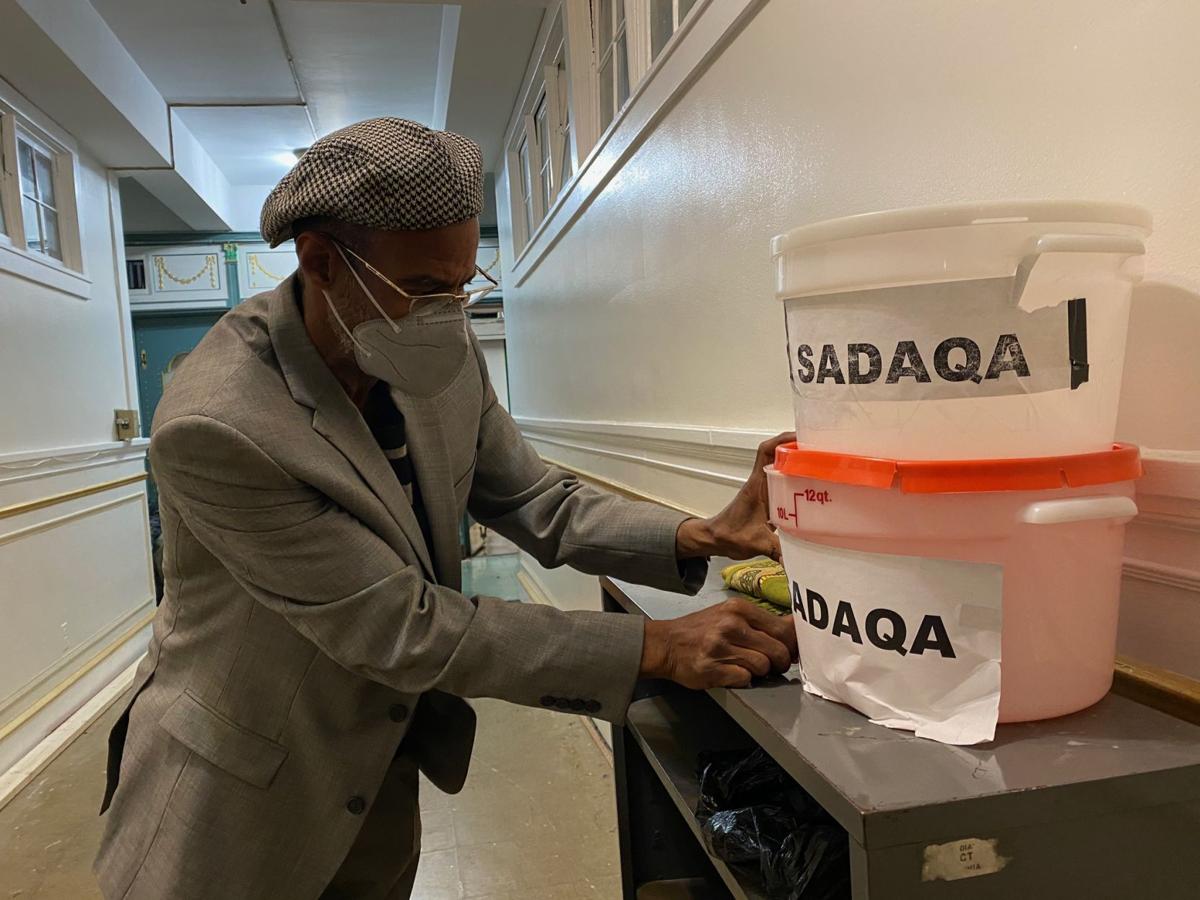 A container for donations is available for use. 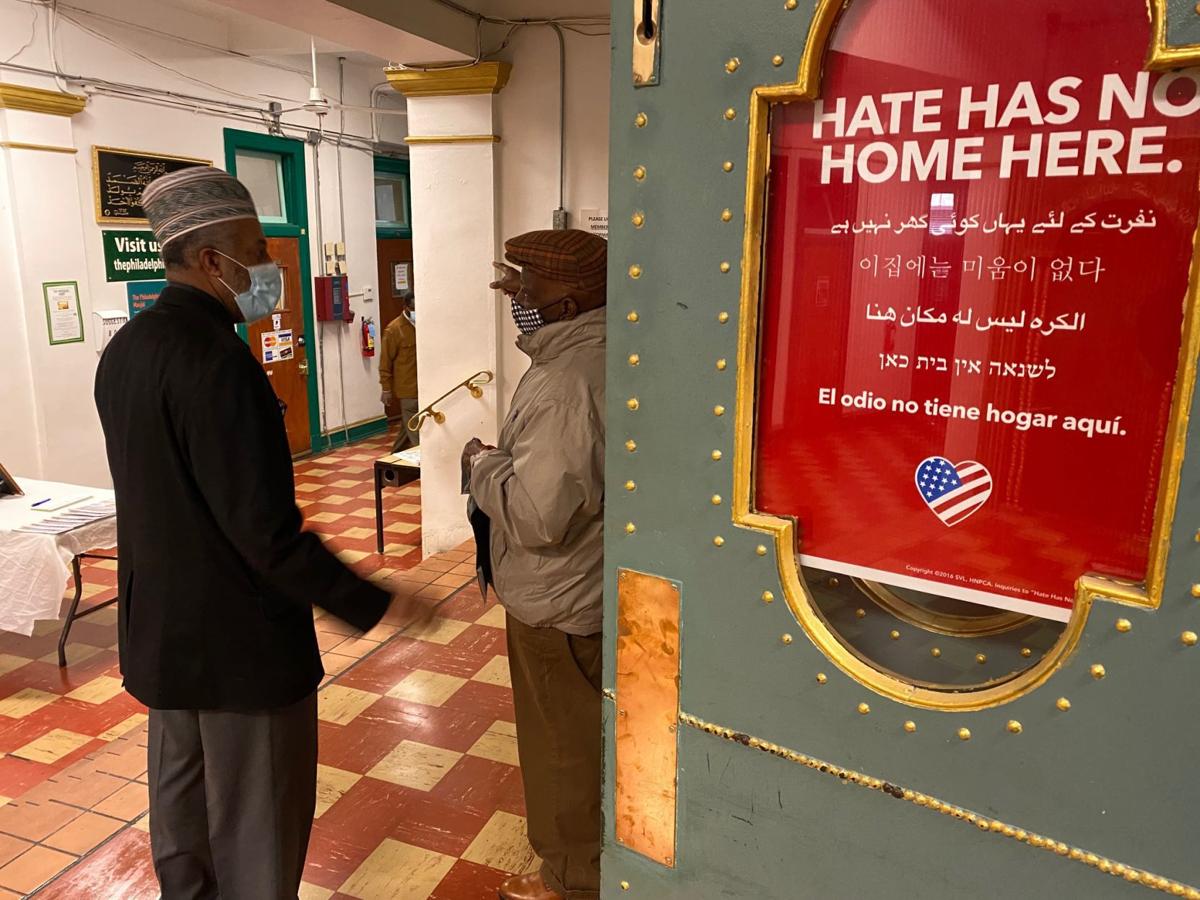 Hatred is not welcomed at Philadelphia Masjid. 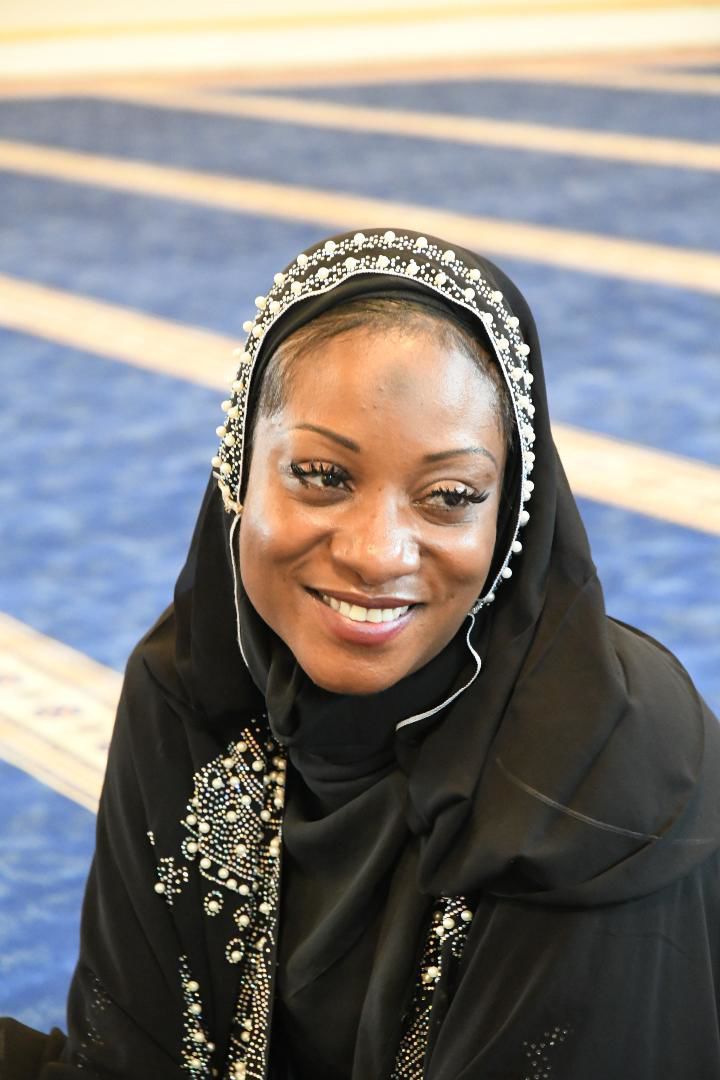 Kizzy Anderson has been a member of Philadelphia Masjid for many years.

Everyone entering Philadelphia Masjid gets their temperature checked.

Philadelphia Masjid is located at

A container for donations is available for use.

Hatred is not welcomed at Philadelphia Masjid.

Kizzy Anderson has been a member of Philadelphia Masjid for many years.

The Philadelphia Masjid is one of the few houses of worship that has been open in the city during the current 8-week coronavirus pandemic. The crisis has thinned out the number of people who gather at the masjid.

However at the same time, it has forced the majid to serve just as many, if not more people, by filling a widespread need for assistance caused by the crisis.

“It’s been an experience of a lifetime,” said Imam Kenneth Pilgrim Nuriddin. “I’ve never seen anything like this before but what it’s forced us to do, it’s forced us to have a more personal relationship with God and it reminds us we are not coming here for each other, but we are coming here because we have the duty for the daily prayers as well as the Friday prayer.

“It really gives us a chance to reignite that personal relationship with our creator because sometimes we socialize, we have fellowship, but we can’t forget the importance of what worship is. Worship in Islam means we obey the dictate that governs our creation. We were created to worship God, so we have no choice now because we can’t do anything else.”

Having stayed open in the midst of banning of gatherings, the majid has changed some of its operations. Upon entering, people have to get their temperatures checked. A desk of masks, gloves and a bottle of hand sanitizer sit at the entrance of the hallway. At the end of the Jummah (Friday prayer), members are asked to leave a few people at a time, immediately, rather than congregating.

Nuriddin said during Ramadan, the masjid usually sees 500 to 600 people at the Jummah. On May 8, there were around 70 people, with significantly more men than women because, according to Nuriddin, children aren’t encouraged to come out during the crisis. As a result, many women prefer to remain home with the family.

“When I think about it, it’s sad, very, very sad,” said Kizzy Anderson, a member of the masjid since the late 70s. “We should be here. It shouldn’t be [any] Muslims not here. During Ramadan, it’s packed, wall to wall. It’s heartbreaking to know we are open and nobody is here because they are scared of the virus. If you can go to the supermarket… you [can] go to the masjid. Your soul not essential? Your relationship with God not essential? Just like you feed the [body], clothe it, you have to pray.”

Nuriddin shared a different view. He said that even during Ramadan, they have to be cautious.

“People who observe Ramadan don’t have to be in the masjid to do it,” Nuriddin said. “Ramadan is really between us and God because you don’t know if I’m fasting. God knows,” he said. “So, it really reminds us we are not fasting for each other, even though sometimes we can uplift and encourage each other. But, if we were on an island by ourselves, we still have to fast.”

Despite the restriction on its fellowship, the Philadelphia Masjid has touched as many people as it would see during Ramadan, in the form of outreach.

Instead of hosting the usual evening Iftar, which usually draws hundreds of people, the masjid prepares 250 to 300 meals every night for families in need. Chef Wahidah Kennedy and a group of seven to 15 volunteers, prepare the food in the Masjid’s kitchen. Additional volunteers deliver the meals. While the effort is based at the Philadelphia Masjid, it is done in partnership with the United Muslim Masjid, Masjid Masjid Al- Wasatiyahand and the Islamic Family Center.

“This is what we love to do, there’s no better way to leave the planet than doing Allah’s work,” said Abdullah Pasha, a Philadelphia Masjid member for more than 40 years and a coordinator for the Iftar meal program. “There’s a group of people that need this. Somebody has to do it.”

Pasha said the food is first blessed by Kennedy and then cooked with a significant degree of care and detail. Kennedy is a professionally trained chef.

“She’s a very good cook,” Pasha said. “They know her. She does her stuff. When she steps in the kitchen, she will say ‘In the name of Allah.’”

Pasha said such work is in line with the Masjid’s history of service. “Everything we do is about serving people. We’re community activists,” he said.

As one of the most historic masjids in the country, the Philadelphia Masjid has consistently been a house of worship that’s promoted Black business, education and entrepreneurship. The Sister Clara Muhammad School was one of its most important institutions.

For more than 30 years,thousands of Muslim students learned academics and the principles of Islam there. Now, the Masjid is developing a program to offer cyber school space and STEAM (Science, Technology, Education, Arts and Math) classes that will include access to mentors and counselors. Imam Nuriddin said they also plan to offer trade programs, including culinary, tailoring and building trades.

In the meantime, they continue to serve in different ways. One of their latest efforts was recruiting for the census. Every Friday, the community was able to sign up for census jobs. The masjid also served as a training center for the workers and operations center for the supervisors and enumerators.

When Ramadan began, the masjid offered its space as a distribution site for the Philadelphia Ramadan and Eid to give out more than 200 boxes of food to families in need to have an Iftar.

On May 1, the Masjid’s commitment to community was illustrated as a bustling operation. Chef Wahidah and volunteers cooked food for the Iftar meal delivery while, a few feet away, volunteers gave out groceries to families in an entirely separate operation.

“The society is on life-support but you still have to have the heart beating to support the life,” Nuriddin said. “When you are on life support, the arms have to shut down, the legs shut down, you can even shut down most of the senses in the organs. Everything is shut down [but] there is something that supports the life.

“The prayers support our spiritual life. As long as the heart of the community is still beating and thriving, then the body is still connected to us.”