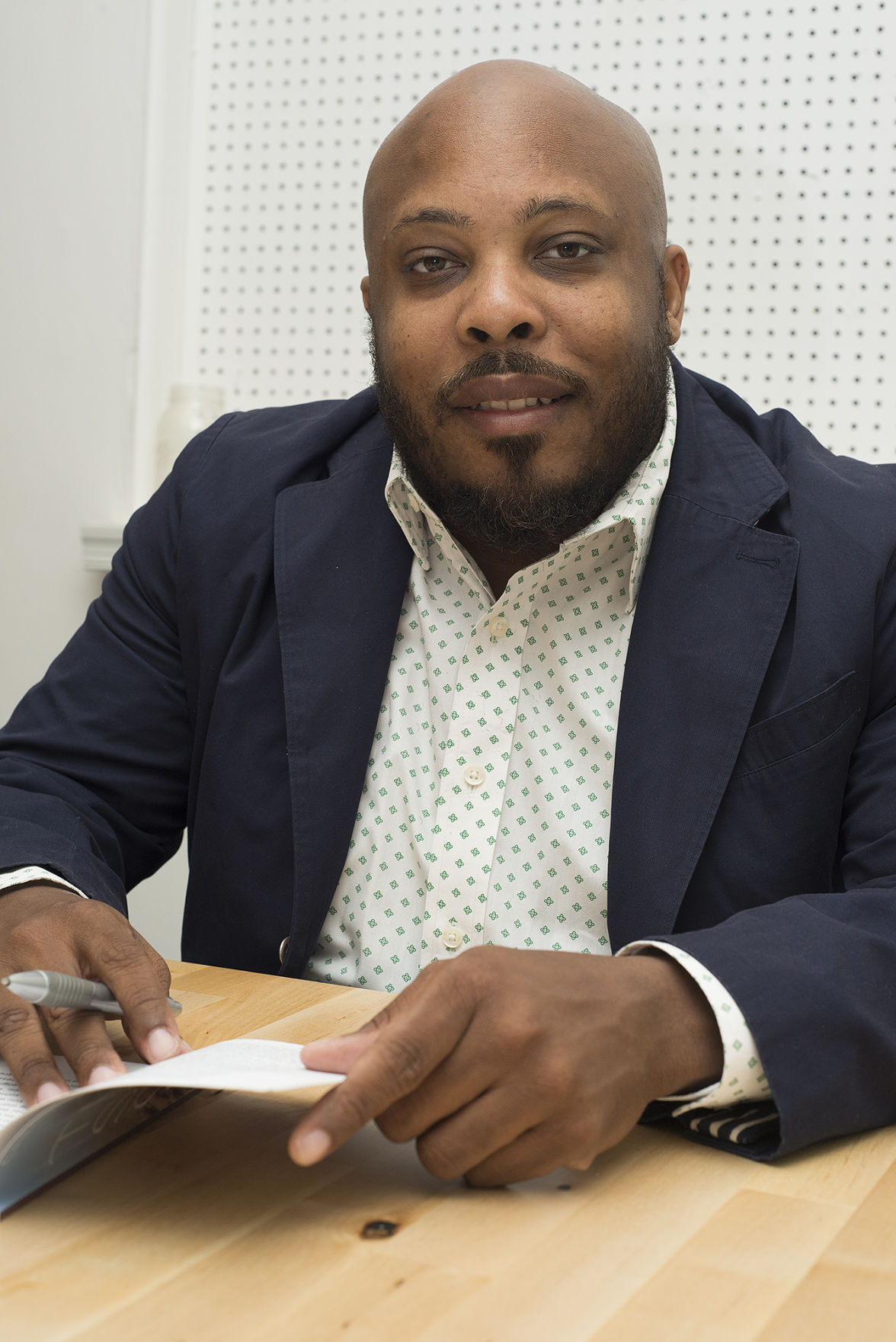 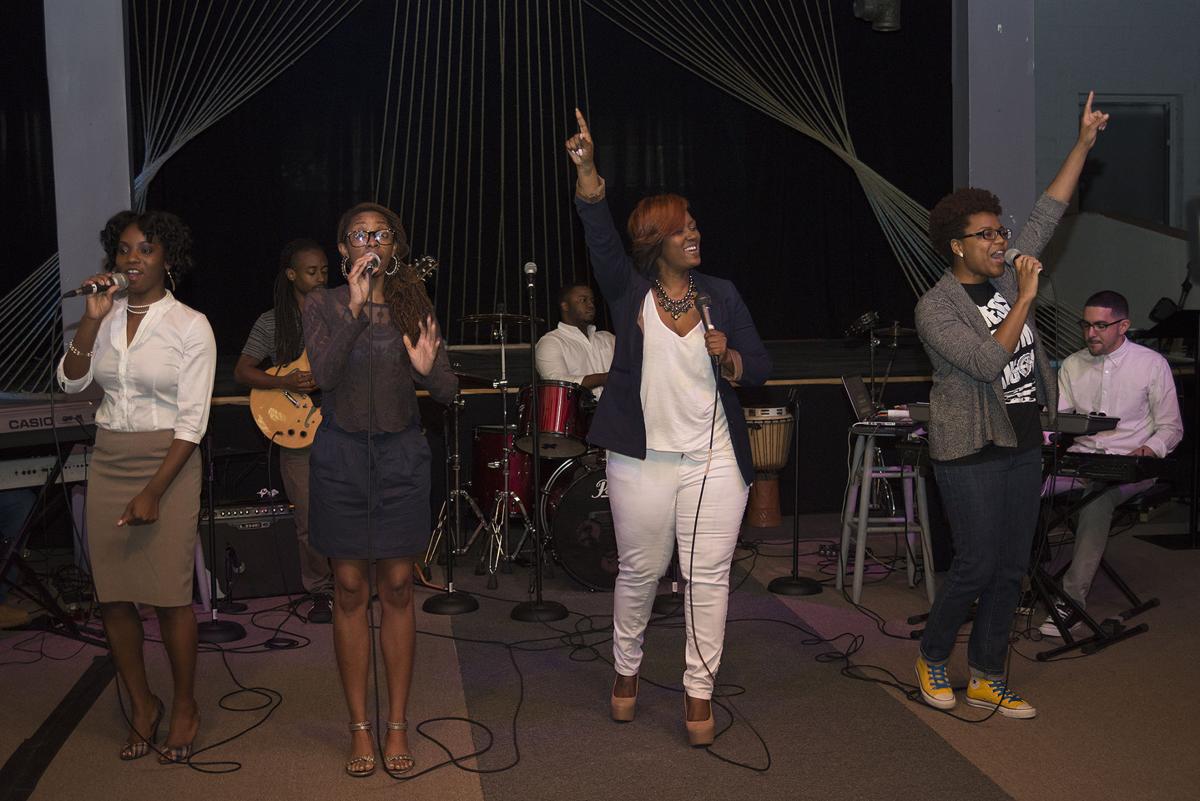 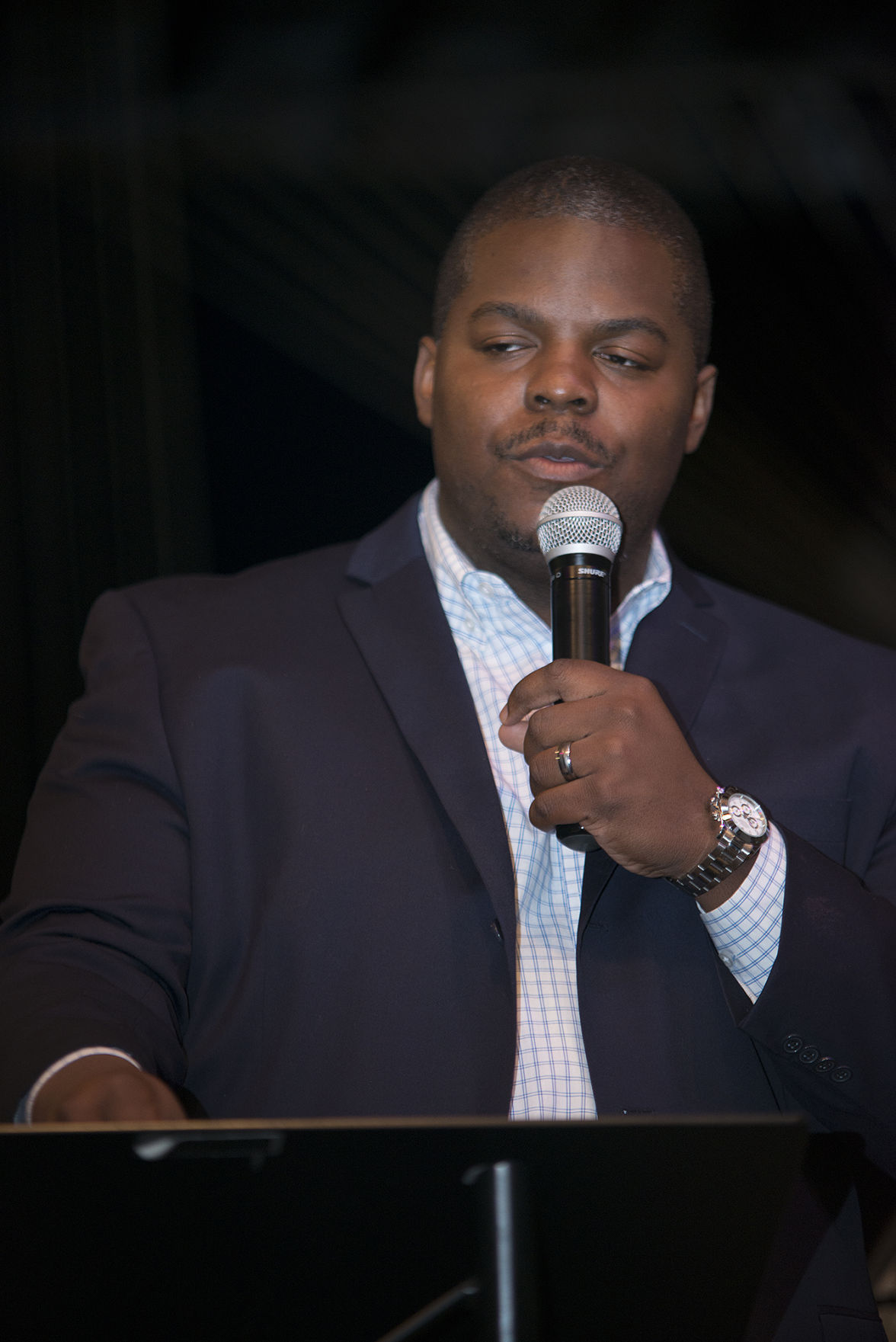 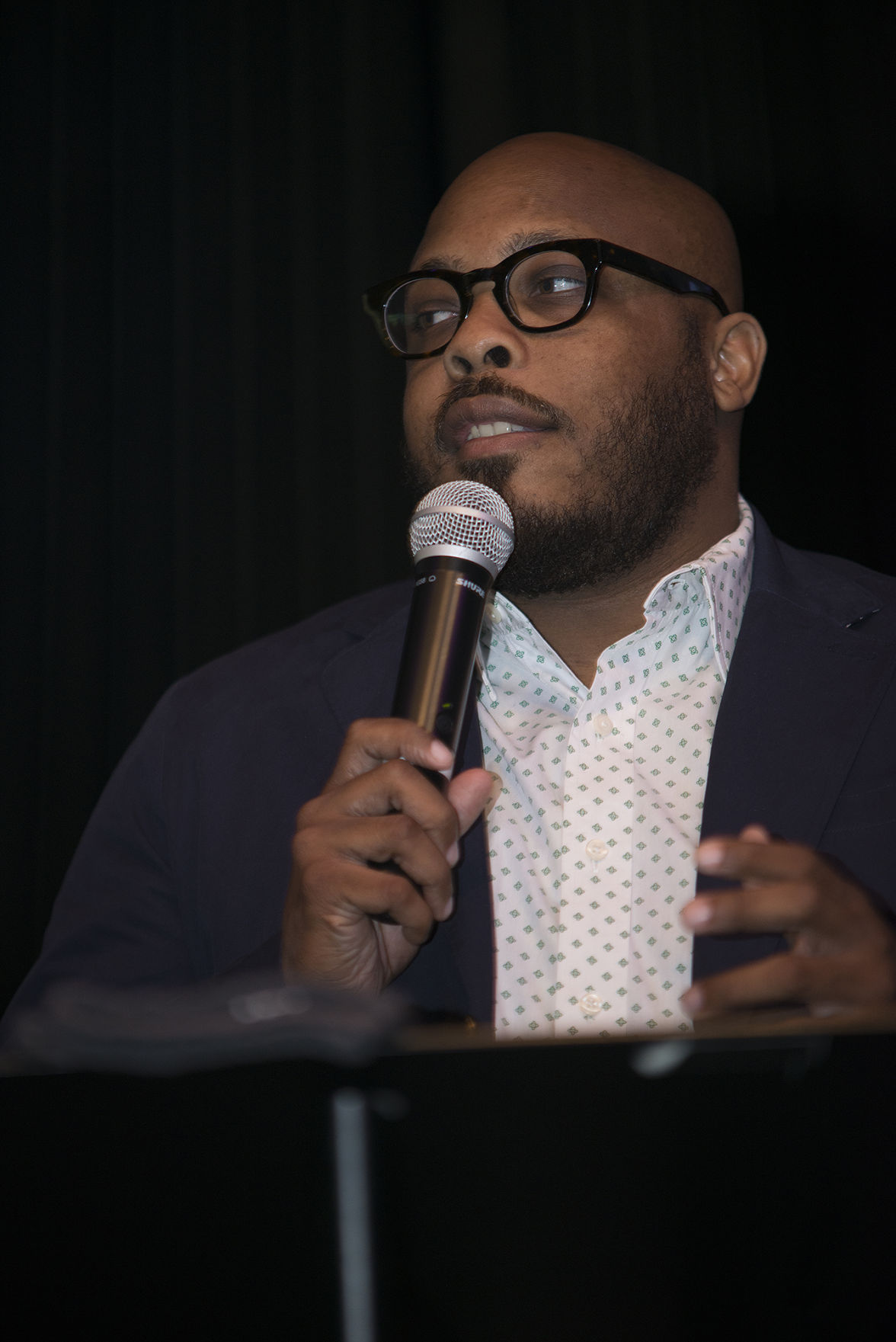 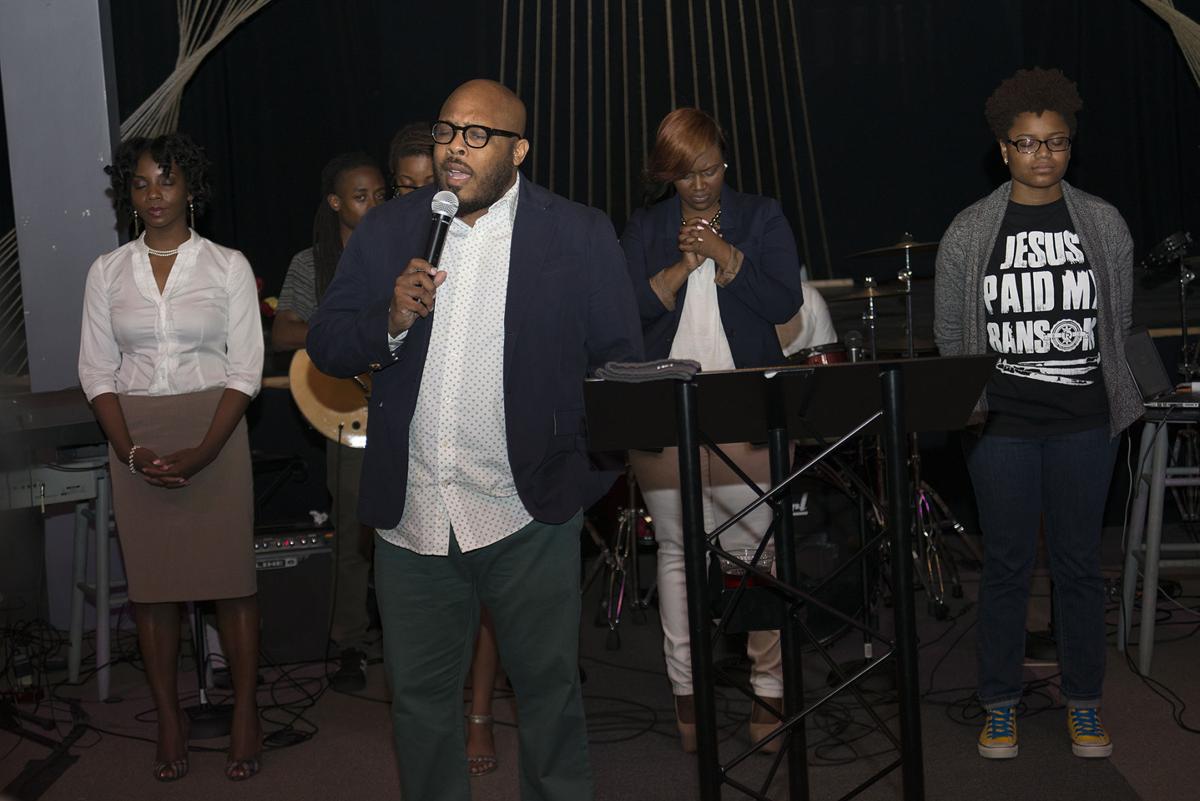 A group of Christians at the Master Builders Church are unlearning what can sometimes be toxic restrictions of traditional church and embracing a philosophy that allows people to freely grow through Jesus.

Located in the Feltonville community, Master Builders originated as a campus ministry called Chosen Generation, at West Chester University in 2001. Since then, it has grown into a full urban ministry that welcomes people with all their problems and issues, but at the same time giving them a nonjudgmental, yet real space to figure it out and become their better selves.

“We are very relational. People get it when they come here,” said senior Pastor Christian Winters. “I want African Americans to experience free worship. There are too many storefront mentalities, and I’m not talking about little church or big church. I’m talking about quality … a timely service and a worship experience where people are free to worship how they want to and … where they can discover Jesus for themselves, instead of trying to make routine titles.”

The motto of Master Builders is “One God. Zero Superstars,” meaning no one person gets the spotlight, but that everyone has a role in building up the church. When someone joins the church, said Winters, their interests and passions are assessed and then they are offered an opportunity to help the church grow in some way.

“We discover who they are and give them a chance to offer the church what they have, so we don’t [force] deacons, bishops and apostles. If you love to paint, we will probably give you a wall and say ‘paint.’ If you love kids, work with the kids,” said Waters. “A new member is not a number or tither. They are a person that will help us complete the vision the Lord gives. Every member is a piece of the completion of that vision.”

Brandon Watts, a member for three years, said Master Builders’ “linear” leadership practices is one aspect of the church he appreciates the most.

“It’s no circles and no cliques,” he said. “We move in a progressive line. It is a place where you can be used.”

Watts added that because of this type of culture, the “entrepreneurial spirit that went to sleep in me, has since been cultivated.” Watts said he wanted to start a nonprofit but encountered some obstacles. After praying with the elders, he got the opportunity to put his entrepreneurial spirit to use with the rollout of a youth program at the church, Master Builders Teens, to teach “Biblical principles and applying it to their life.”

Master Builders’ belief that people should be loved and appreciated as individuals is directly tied to their practice of allowing people to come to church as they are.

On the Sunday of the Tribune’s visit, also Mother’s Day, two ladies came in the church under the influence of alcohol, wearing slightly revealing dresses, and sat in the front row, one in the pastor’s chair. They made some loud comments during the sermon, such as, “Give it to me, baby!” but Pastor Winters would not let them be escorted out of the church, instead he insisted that they stay.

“Because I’m an evangelist at heart, I love people to the core,” he said. “It doesn’t matter who you are, what you drink or what you smoke, it’s my passion to love you. That’s a part of ministry. Just letting them sit there was more important than anything I preached. That was my sermon to them.”

Janna Reeves, a member for seven years, noted that “every single person is accepted. You can be honest about where you are. You don’t have to hide what you are going through.”

She added that the church’s belief in the power of the Holy Spirit drives the culture of acceptance.

“We know God wants the best for us and loves us in spite of ourselves,” she said. “That’s the most impactful thing I’ve learned — that the Holy Spirit is going to correct you. I think that’s why we have this acceptance, because if you stay on this path, it will do what it is supposed to do.”

Winters makes it a point to preach and teach on a level that is plain to everyone. The church is mainly made up of millennials — youth born in the 1980s to the mid 1990s — but includes some seniors.

For his sermon on Mother’s Day, Winters gave a message especially for the women, “I will call you Sarah, not Sarai.” This sermon was focused on the importance of women living up to the destiny that God chose for them, that if they live according to his purpose, not the world’s standards, they will be blessed to be a “mother of all nations.”

“You’ve got the anointing to create nations. Sarai [Sarah] was ready to give her hopes away because she didn’t believe in herself. Stop looking in the mirror and look in God’s eyes,” Winters preached. Then, in an effort to ensure his point was taken, he got a bit more relatable.

“Single women, you’re still single right now because you think what you do will win you a man. [But] a real man doesn’t care about what you do, he cares about who you are.”

Winters said he can only preach one way.

“I don’t know how to fake and lie, and I don’t want my people to follow a fraud,” he said. “I want them to know I have the same struggles. I want them to know I’ve been where they been and found my way out and this is how you do it. They can relate to it and they can use what I say during the week.”

Anna Frieson, a member since the church’s founding, said this approach to preaching made her appreciate church.

“For me, church was always boring until I listened to Waters. He is simple, to the point and it’s something I can relate to,” she said.

To touch the community outside the church, Master Builders has several long term and short term efforts. They host bookbag giveaways, donating 1000 to the community, and for Christmas they sponsor 50 in need families.

The non-profit program of the church — the Dream Center — offers dance classes to youth for a dollar a day. More than 100 children come on Saturday to learn a diverse set of dances, including jazz, hip-hop and ballet.

Annually, Master Builders works with international missions. Last year, they traveled to Zimbabwe, where they began to dig a well. This year, they plan to travel to Belize for some work with children.

“I think it’s very important to expose African Americans to the mission field, said Winters. “It doesn’t matter what we do, I just want to take these people and show them there’s a big world outside of Philadelphia and that God is doing great things all over the world. I want them to be partners.”

To replicate the Master Builders work across the nation, Winters has begun to establish sister churches in other cities. There is now a Master Builders in Lake Charles, La.; Rochester, Ny.; Allentown, Pa., Pittsburgh, Pa. and one currently in progress in Alabama.

The one in Pittsburgh, said Winters, sits in the midst of three housing projects.

“What I want to do is put more churches like this in more urban communities where people can experience freedom in Jesus and not just a church experience,” he said. “The vision is to go into urban society and create a spiritual environment … where they can discover who they are, their gifts, their talents — stuff they forgot was there, that pain has allowed them to tuck away. Every week I try to preach so they can bring that stuff back out again so they can identify who they are … and for them to do that for somebody else.”

Terrill is a front line union worker from Philadelphia, Pennsylvania who supports raising the minimum wage to $15. He is excited about the Biden-Harris Build Back Better Plan and believes that this plan will not only benefit him, but all of Black America and the middle class.