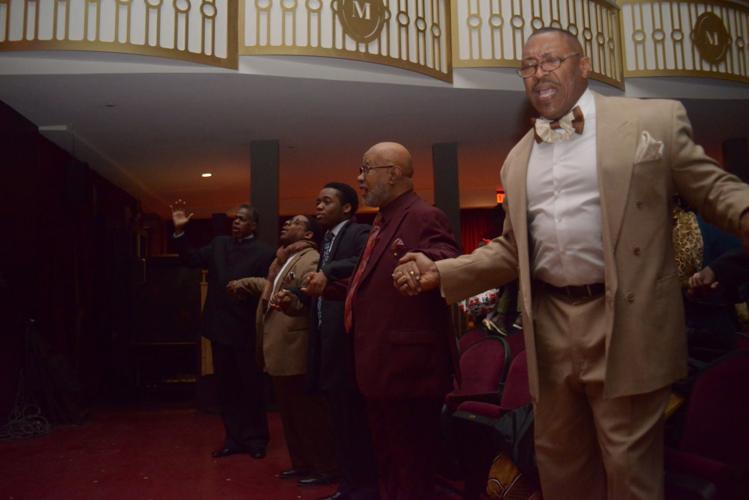 Members of the congregation join hands in prayer. 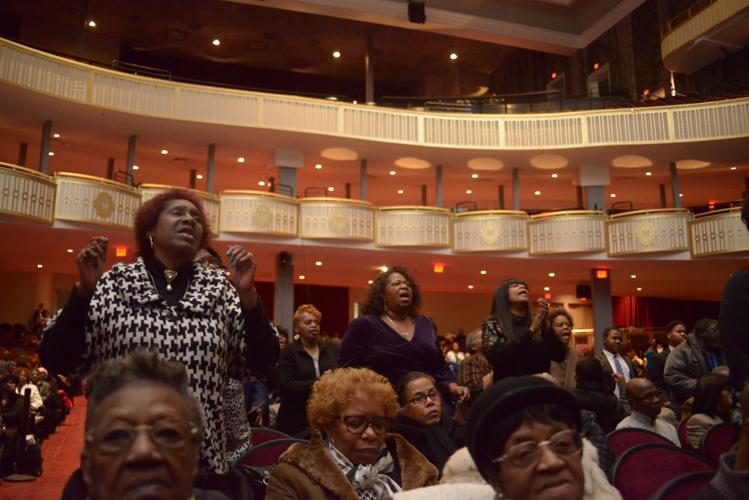 The congregation enjoys the service. 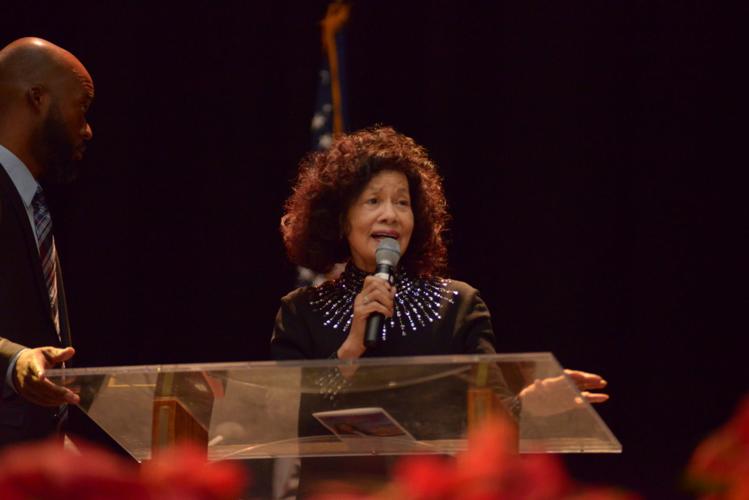 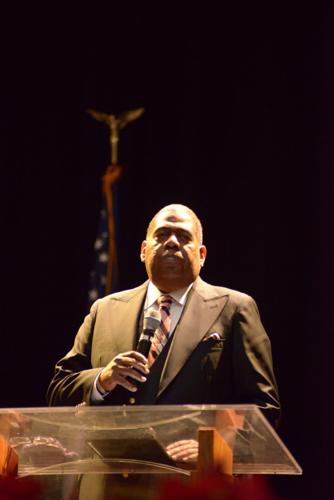 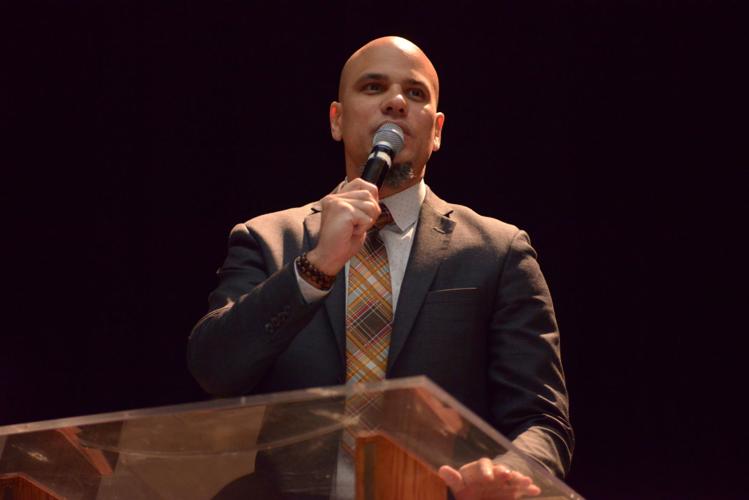 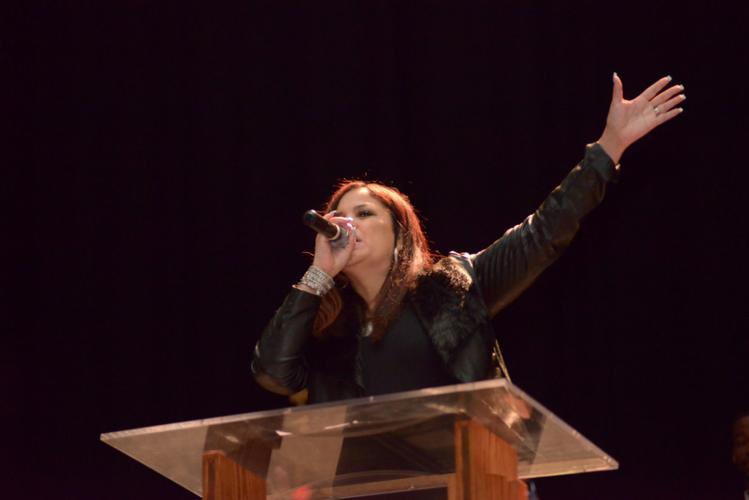 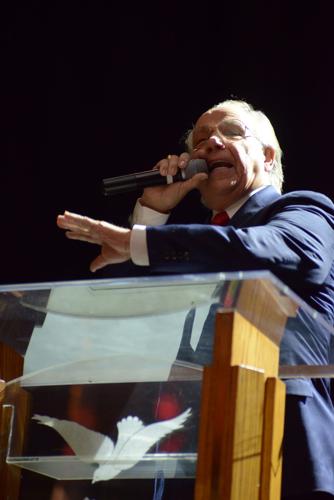 Members of the congregation join hands in prayer.

The congregation enjoys the service.

It was a busy and chaotic scene outside the Holy Ghost Headquarters and Revival Center at the MET on Dec. 9 as hundreds of people made their way to attend Sunday services that marked the church’s rebirth at 858 N. Broad St. in North Philadelphia.

Drivers circled the area looking for parking as people from near and far arrived at the house of worship that was vacated for years to allow extensive and sometimes stormy renovations of the massive building, which went through several transformations as an opera house, movie theater, concert hall and sports arena after it was completed in 1908 and eventually became a church in 1954.

“I’ve been [a member] all of my life; my dad was an elder here and my mother was an usher,” said Holy Ghost’s senior pastor, the Rev. Mark Hatcher. “So I’ve been here for 55 years now. I was born and raised here in this building.”

“When I was coming up, we used to have 5,000 people in here. We had three services a day. The MET was the first megachurch in Philly and so all of my life I’ve seen people pouring in,” he recalled.

Days earlier, a ribbon-cutting ceremony celebrated the completion of an 18-month, $56 million renovation of the property in partnership with concert and venue operator Live Nation and developer Eric Blumenfeld. Its use is divided between religious and commercial activities.

Hatcher said seeing people turn out in doves to again worship at The MET was a heartwarming homecoming for staff members, congregants and guests.

“Today was like coming back home because it means so much to so many people — generations of people,” he said.

Along with older adults, there was no shortage of youth entering the church to find seats to take part in the service at the historic facility when the Philadelphia Tribune visited.

“Those that never experienced the MET before now, now have an opportunity because they may have heard that their forefathers, their grandmothers have been there,” Hatcher said. “So now they are getting a chance to experience it.”

There are no denominational hang-ups as Holy Ghost welcomes all people regardless of their faith.

In 1996, the MET was scheduled for demolition as the structure, put on the the National Register of Historic Places in 1972, was in need of major repairs.

That’s when Hatcher stepped up.

“We saved the building, it was going to be demolished in 1996. But in the final hour God sent me here,” he said.

Renovations and maintenance continued until the church temporarily relocated to begin the final phases of restoration work. So Sunday’s reopening was a much-anticipated reunion for those who were glad to return to the building at the corner of Broad and Poplar streets.

Asked what he would like to see at Holy Ghost in the future, Hatcher had a blissful vision.

“I see people coming from all walks of life; I see the community coming in; I see people seeing their total needs met spiritually, physically, financially; and I believe the city will experience a mighty change because of Holy Ghost Headquarters Revival Center,” Hatcher said.

Among those who were determined to attend the ceremonious event in Philadelphia was pastor Daniel Parker.

Parker of Kingdom Life Ministries traveled more than 700 miles from Grand Rapids, Michigan, to attend the reopening service of his mentor, Hatcher.

“We’re very glad to be here today because this is a welcome home service,” said Parker.

“This is the first Sunday that we are celebrating back in the reinvigorated, renovated place where God’s presence lives and that’s here at Holy Ghost Headquarters or the MET,” he said.

Parker describes Hatcher as his spiritual father who has advised him for 15 years.

“He has just spoken into my life and helped me to become a better version of me, and I sat at the table with him and learned from him and just support him in anyway I can,” Parker said.

Parker said he saw the church in its sorry condition but knew that the congregation’s collective vision could return the building to its former glory.

“It has been the vision of pastor Hatcher to see this place restored, to be a beacon of light for the city of Philadelphia, to bring forth a safe haven where people can come for refuge, and I think what is so exciting about today is that we’ve seen it come full circle and we’ve been waiting for many months to see this service, this day, this moment,” said Parker.

Known as the “Queen of Gospel,” radio personality and minister Louise Williams Bishop had fond things to say about Hatcher and the refurbished Holy Ghost Headquarters.

“He is a young man who has a belief in almighty God, but he also has a mission and that is, not only teaching about Jesus but he’s about bringing his whole congregation into where they, too, speak for Jesus,” she said.

“The members there are conscious of who Jesus is and their mission, and from what I can see, they’re trying to carry out that mission. I’m very pleased with them,” she added.

Bishop said that her connection to Holy Ghost went back “a long way when pastor Mark [Hatcher] was just beginning.”

The collective personality of the congregation at Holy Ghost Headquarters is very much like that of their pastor, she added.

“It reaches out and touches everyone to embrace Christ. It doesn’t matter what race you are, what color you are or what economic condition you are in, they teach Jesus and him crucified,” Bishop said.