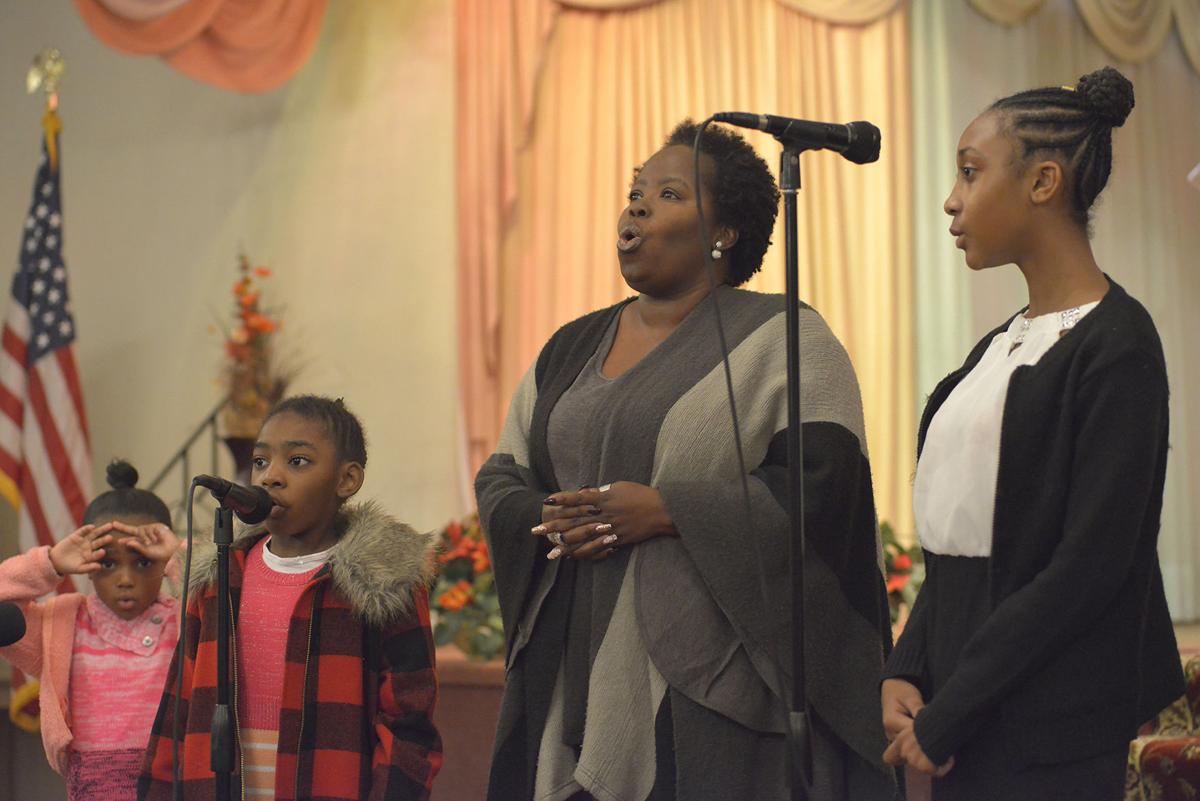 Praise and Worship selection from the Rev. Becoat and church youth. — Tribune Photos by Ronald Gray 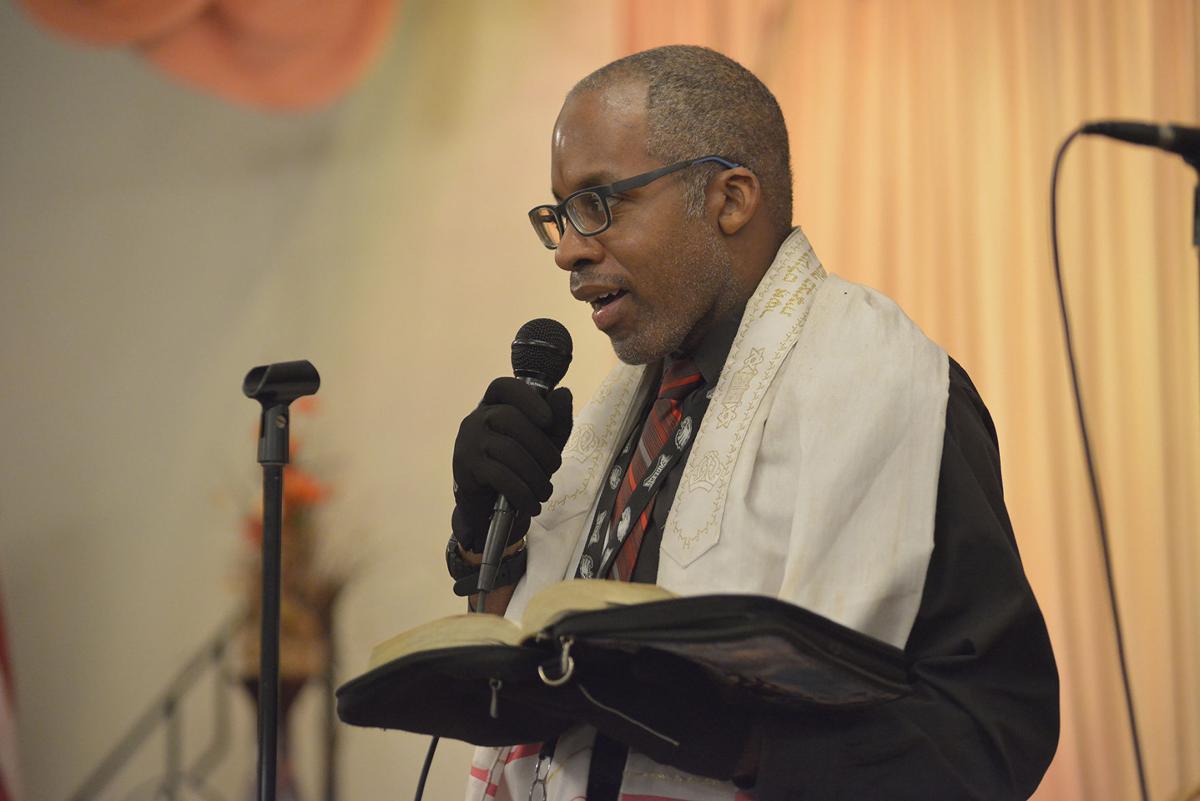 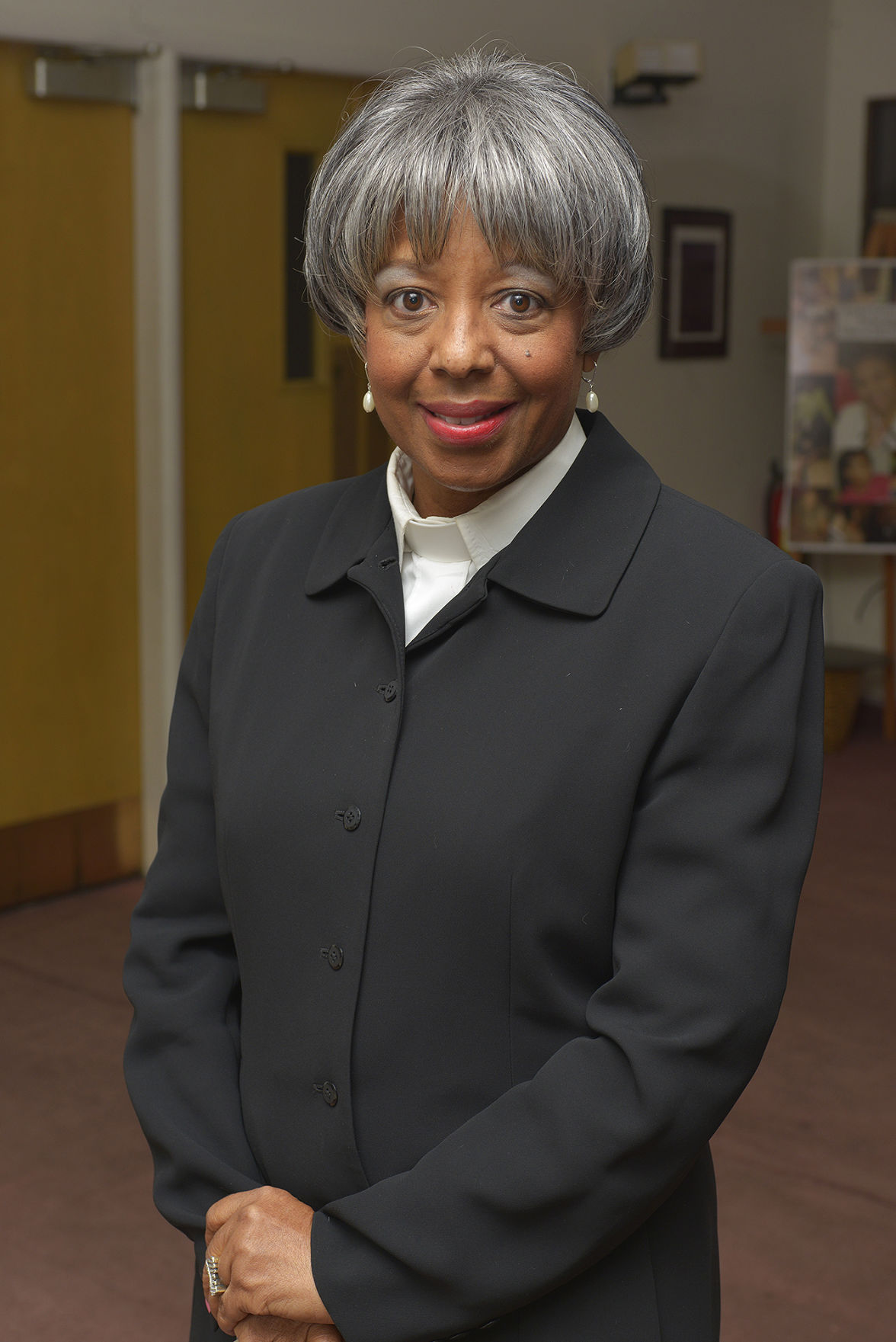 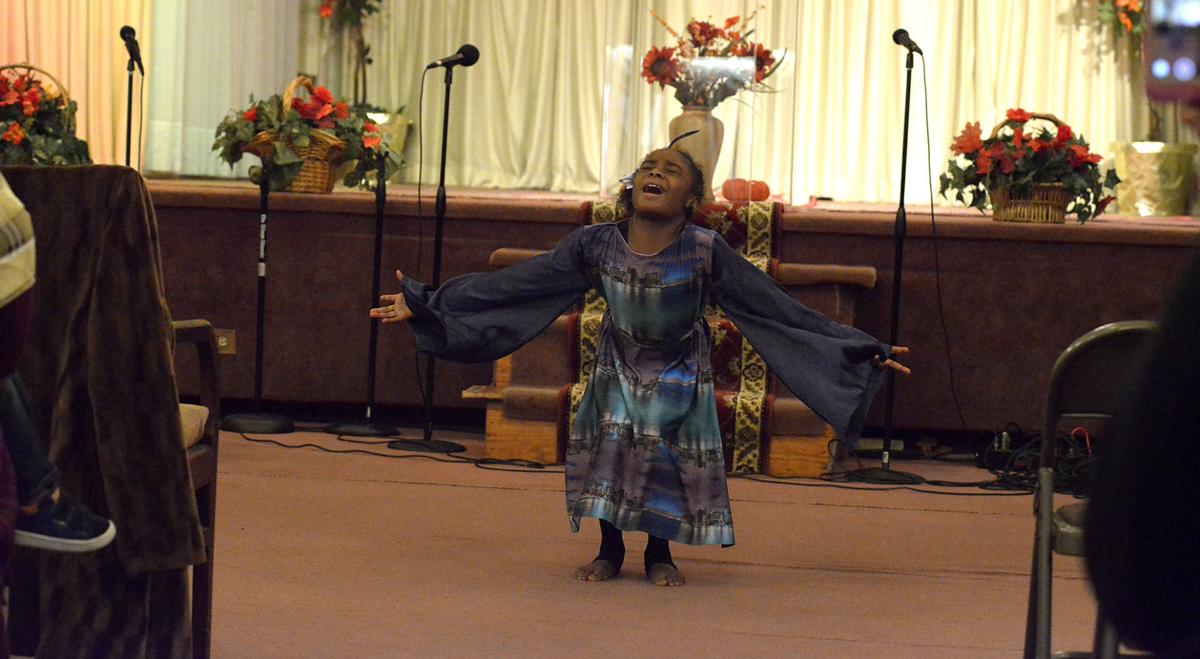 The Praise and Dance ministry in action. 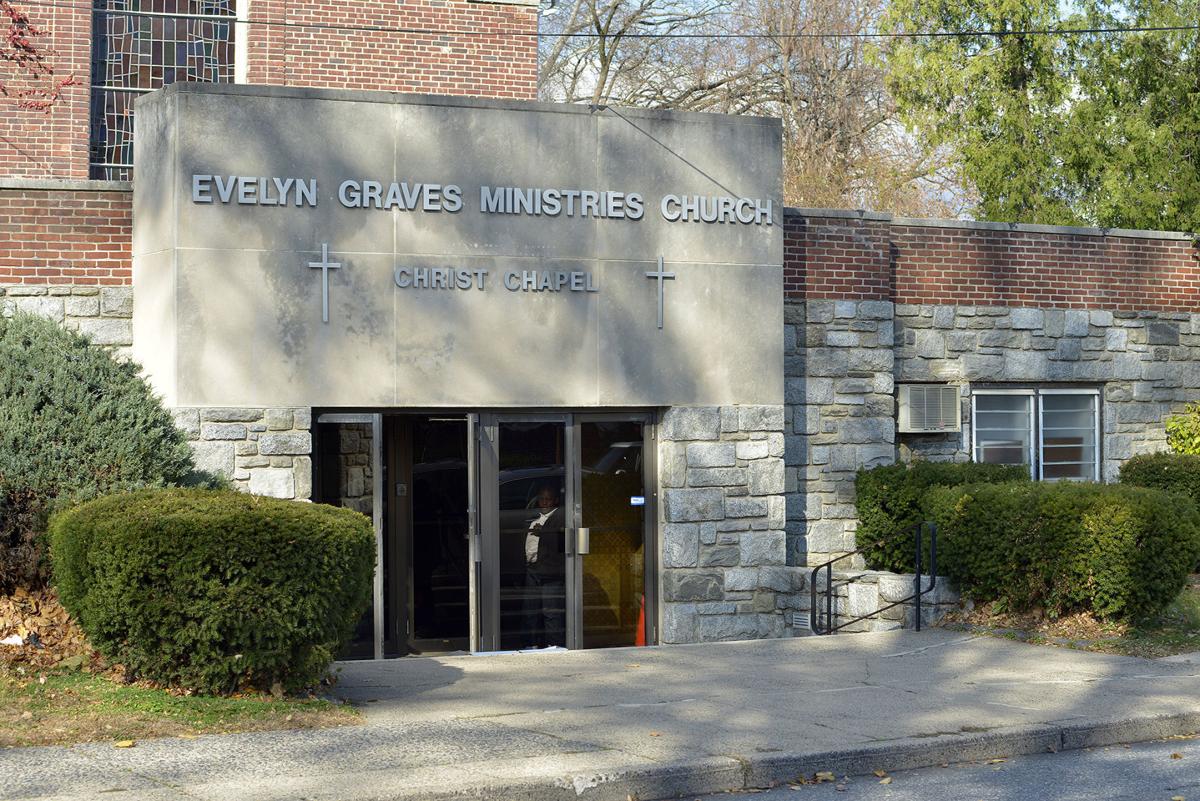 Praise and Worship selection from the Rev. Becoat and church youth. — Tribune Photos by Ronald Gray

The Praise and Dance ministry in action.

They have become known for their cultural performances and drama presentations and you will find some of these same elements at work during worship services at Evelyn Graves Ministries Church at 1115 Whitby Avenue at W. Cobbs Creek Parkway in Yeadon.

Founded by the iconic Evelyn Graves, the church brings some the same dramatic worship to its services as it does its productions and the result is a worship experience characterized by joyful song, dance, music and drama to the Lord.

“It started with the drama in 1971 and people followed us and we had no facility to take people,” said assistant pastor Cassandra Graves, who now manages much of the activities surrounding the church and the production company.

“We were just renting other churches and recreation centers. Eventually, in 1976 we established a place in Southwest Philadelphia and that is where the actual church was,” Graves said.

Graves said that at that time the various programs created by Evelyn Graves, 37 in all, were merged together.

These programs include the drama productions, performing arts school, a Christian Academy, day care — all the creation of senior pastor Evelyn Graves.

As the membership of the church grew and the programs expanded, Evelyn Graves Ministries eventually acquired the facility in Yeadon which now serves as both its sanctuary and dinner theater where some of the plays, including the Black Nativity, which the group has become so widely acclaimed for, are now performed.

Graves says that those visiting the church can expect to see some of the same creativity for which the group has become known.

“A lot of times we have illustrated sermons during 11 a.m. morning worship. At least once a month we will illustrate the sermon,” she said.

“They used to call us ‘live wires,’ we like to make a lot of noise so we express ourselves even in praise in worship.”

Graves described the congregation as diverse and during services you will find people of varied ages groups, backgrounds and education levels all gathered to worship together in unity.

“We have several doctors in our ministry and we have people who struggle to get their GEDs; and we have youth, as long as you have youth involved in our program.

“One of the things that grew our organization is the love that Dr. [Evelyn] Graves has, just unconditional love for everybody that walks through the door and she has always been a person that cared about people,” she said.

Cassandra Graves, daughter of Evelyn Graves, recalled the days when her mother physically partitioned their facility to provide living areas for those who had no place to stay.

A significant number of those who attend worship services at Evelyn Graves Ministries were a part of the performing arts or drama ministry as well.

“We have a lot of pastors who grew up through our organization and are pastoring their own churches now,” she said.

Min. Sharon Flythe has been a member of the ministry since 1971 and is one of the original members of both the church and the drama production.

“It’s been wonderful. I’ve been to every play, sing in every play and also used to work at the ministry as an administrator,” said Flythe who is now a caseworker but faithfully participates in the diverse activities of the church and other programs.

Flythe recalled growing up in the church as a teenager and describes herself as very shy at the time.

“You couldn’t get me to stand in front of anybody,” she said of that time.

Things are different today. Not only can she stand in front of people and speak but she has stood in front of audiences and sang and acted onstage for years and continues to do so.

“Dr. Evelyn Graves is just a jewel and I love serving her all of these years,” said Flythe.

“We were born out of the drama ministry, we didn’t have a church,” said Flythe about the early days of the ministry. “We were a group of young children going around the city doing drama, dance and all of that.”

“We weren’t accepted everywhere we went before drama and dance became really known to churches as they are now; we were thrown out of churches,” she said.

The newly formed performing arts group would regularly get together to not only perform but to worship and study the Bible in the 1970s and it was then that Evelyn Graves saw that the group needed a pastor, said Flythe.

“She answered the call of God to be the pastor so the drama really is the church, the drama and the church are together. When you think of Evelyn Graves, everyone thinks of drama because that’s what we are, we are a drama ministry.”

The Rev. Vance Evans is another longtime member of the ministry and wears many hats. Not only can he be seen ministering the Word, but also performing in dramatic productions and, despite his advance degrees as a minister and environmental researcher, is not averse to cleaning or doing other manual labor needed by the church.

“My role is multifaceted and I do just about everything so if you don’t see me I’m behind the scenes doing something,” said Evans with a chuckle.

“True servants of God are supposed to be just that, servants. I think that often we want the fame and the glory but we don’t want to wash the toilets,” he said.

“I would describe this ministry as a unique one which seeks to focus on the heart of God. That doesn’t mean that everyone is loving all the time but at the core of Dr. Graves was that she wanted to reach souls for Christ.”

Evans said that the pastor always taught about the love of God.

“I think that spirit uniqueness and love is still here,” he said.

Cherish Wimes, 8, has been attending Evelyne Graves Ministries most of her young life and is quite active in several of its programs.

“I do drama here, I do everything here. I like to praise dance here, it’s great.” She said.

It seems that Wimes was born to dance.

According to her mother Francina Curry, she had a very early start.

“She has been moving around in my stomach before birth and from there on has just been dancing, singing, she just loves God. She started Evelyn Graves as a toddler and she has been dancing ever since,” said Curry of her daughter.

Curry recognized something special in her daughter when she participated in a play produced by the ministry.

“Through the play I saw that God shined through her and she had an anointing over her to touch other people.”

Curry called the Evelyn Graves Ministry a loving, close-knit church who stood beside its members regardless of appearances or circumstances.

Along with the 37 various programs including vacation Bible school, Christian Academy, drama production, the School of Performing Arts and a host of others too numerous to mention here, Evelyn Graves Ministries also regularly provides free food and clothing at both its Yeadon and Chester locations and to date has distributed nearly 4,000 bags of food for those in need.