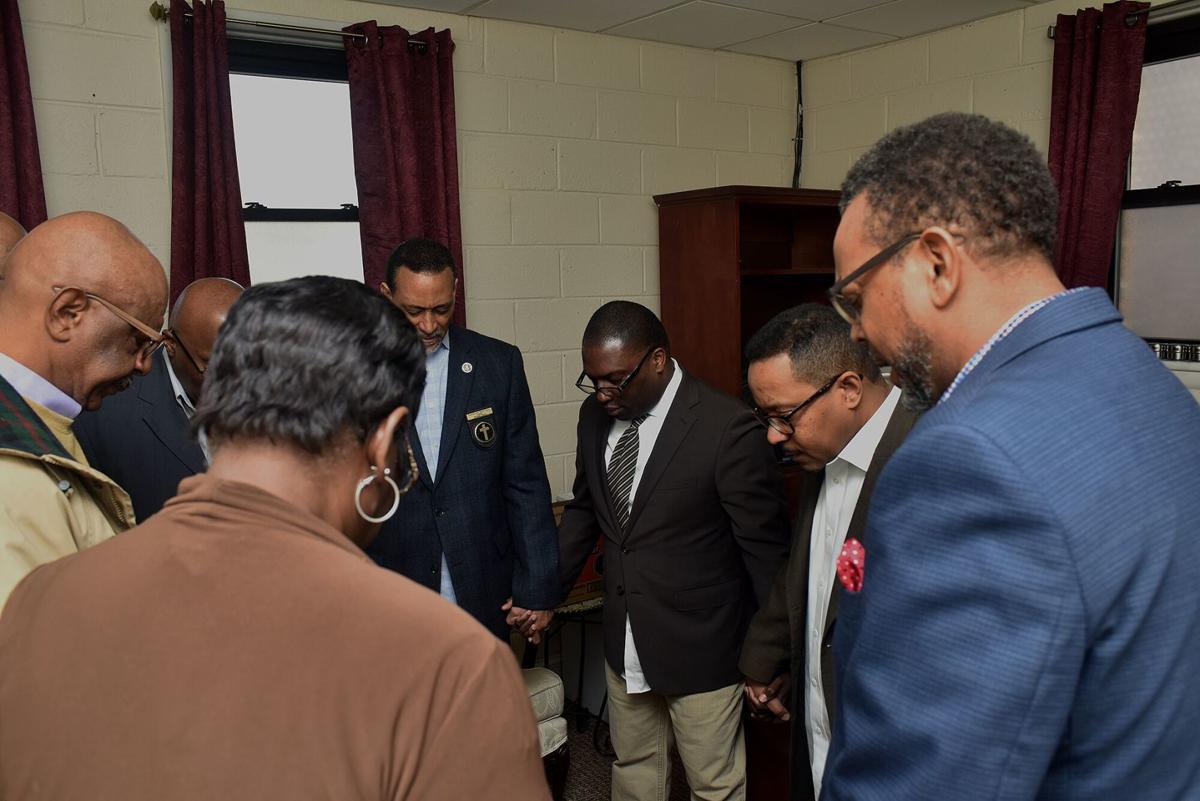 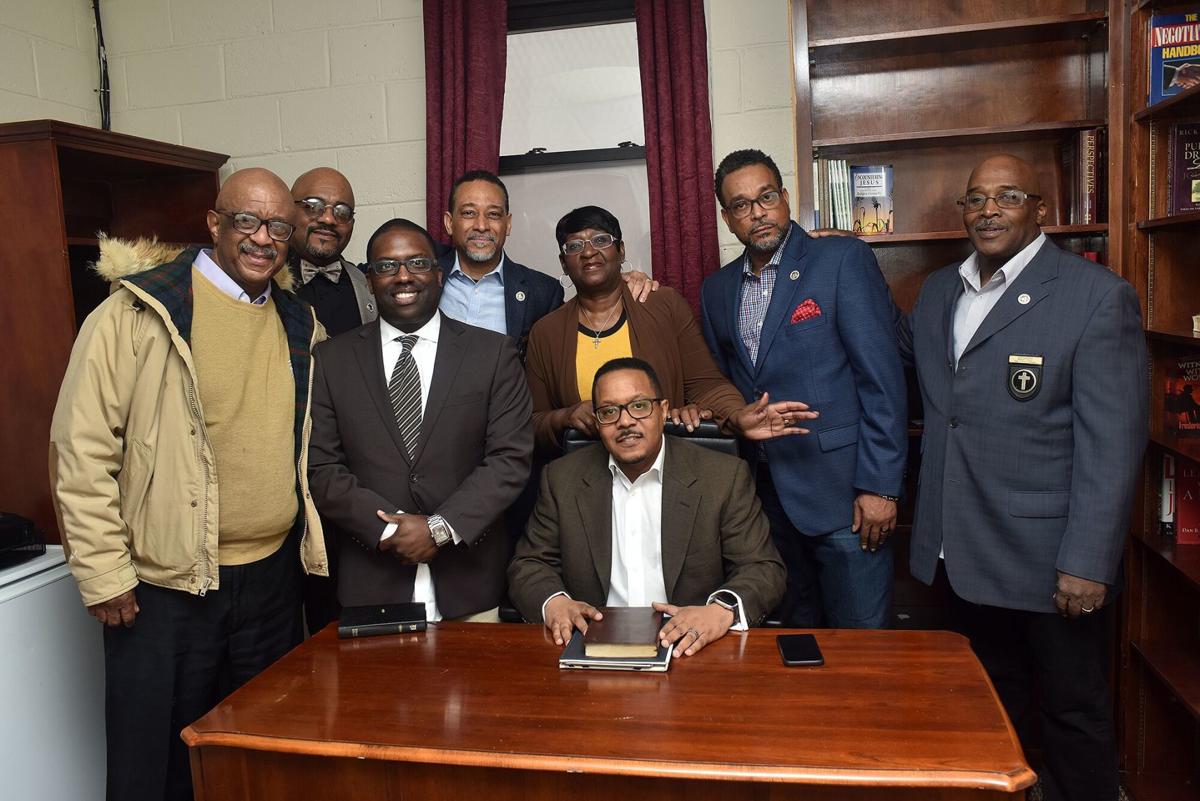 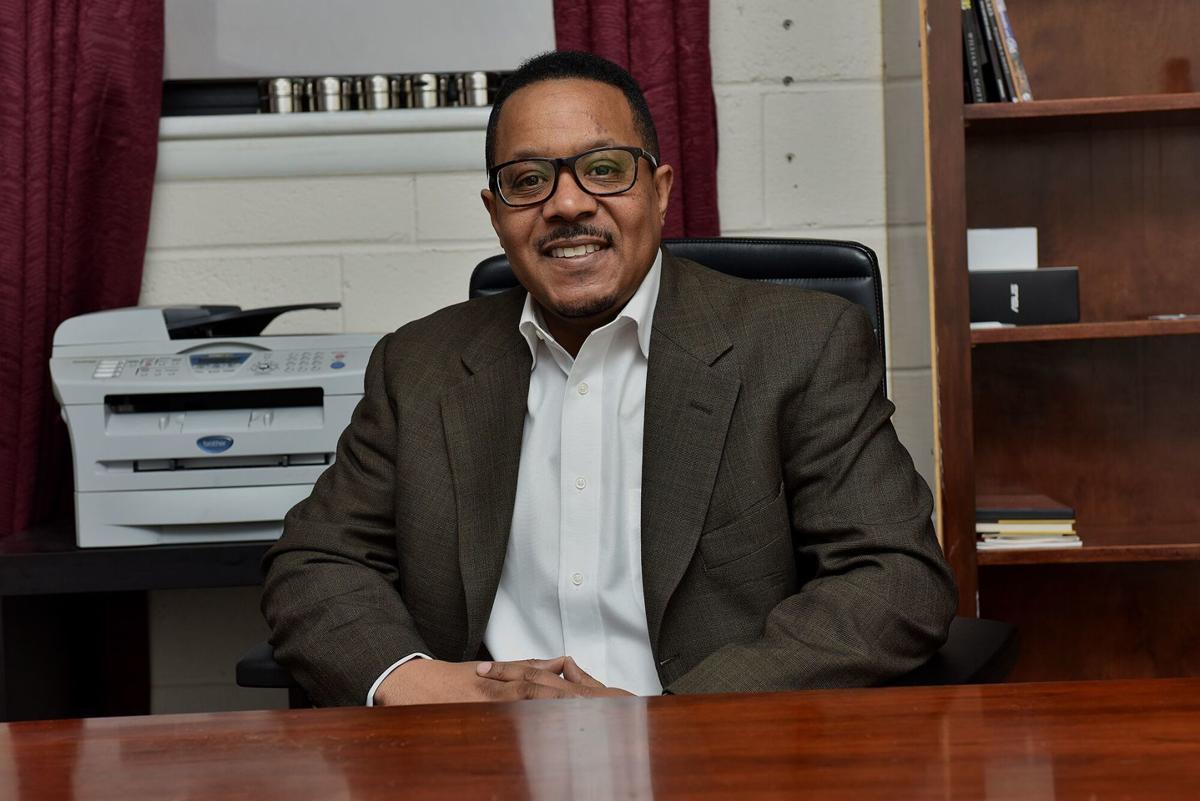 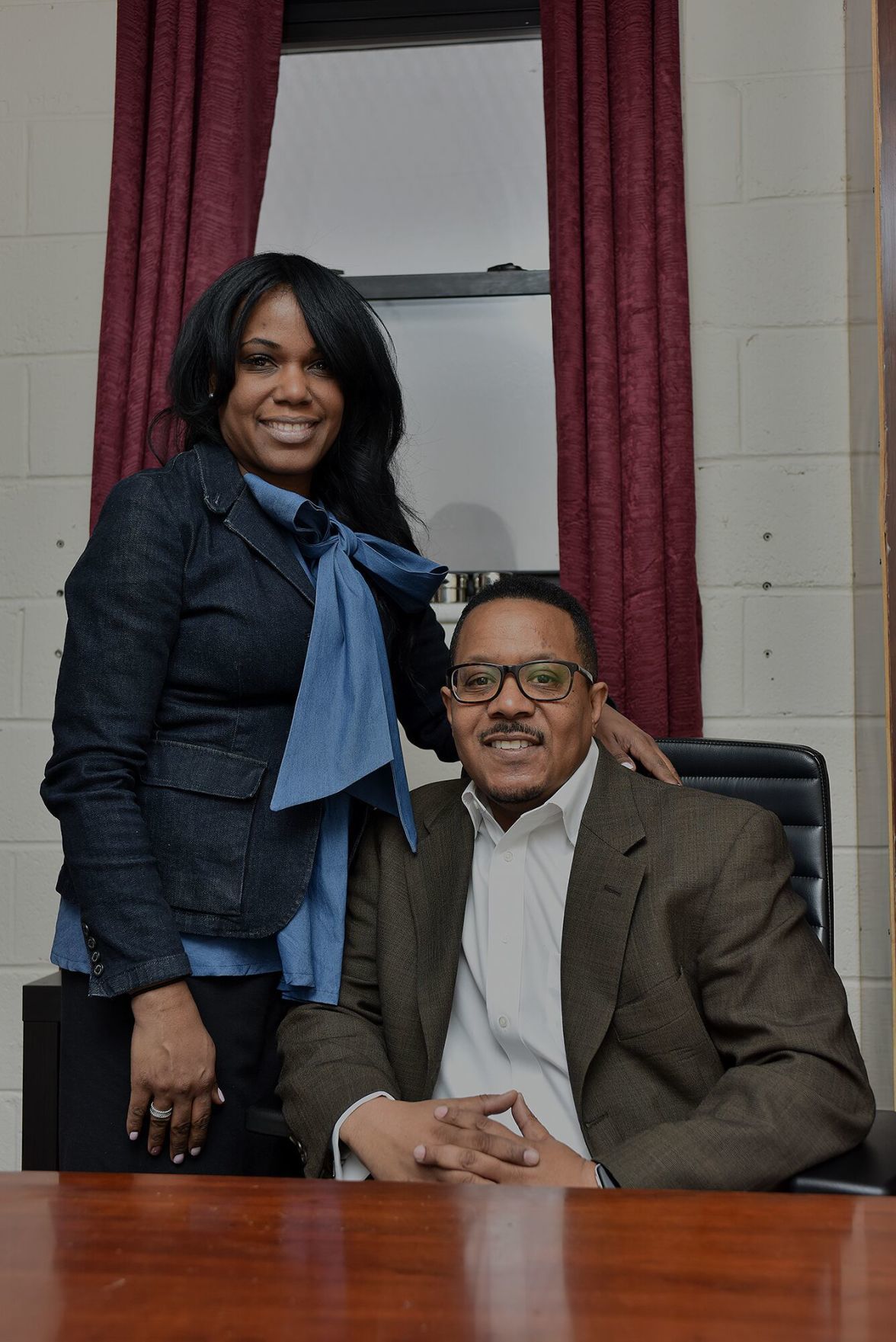 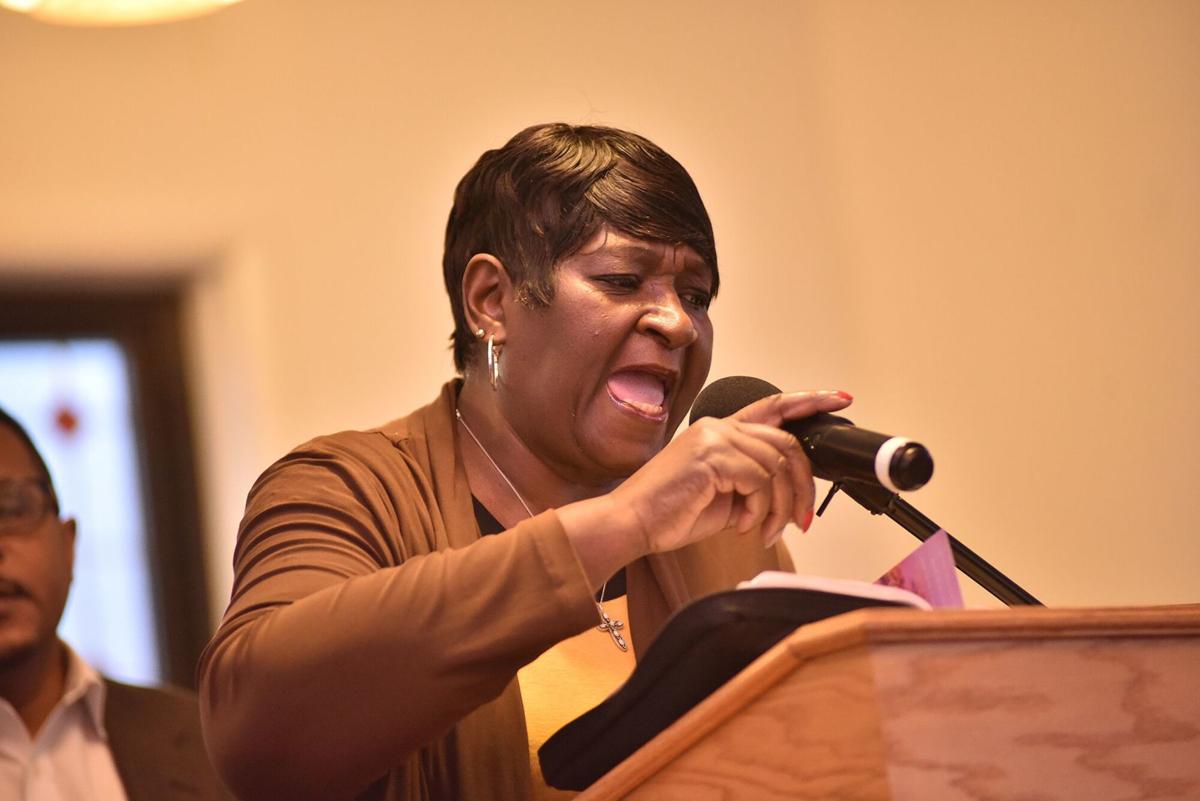 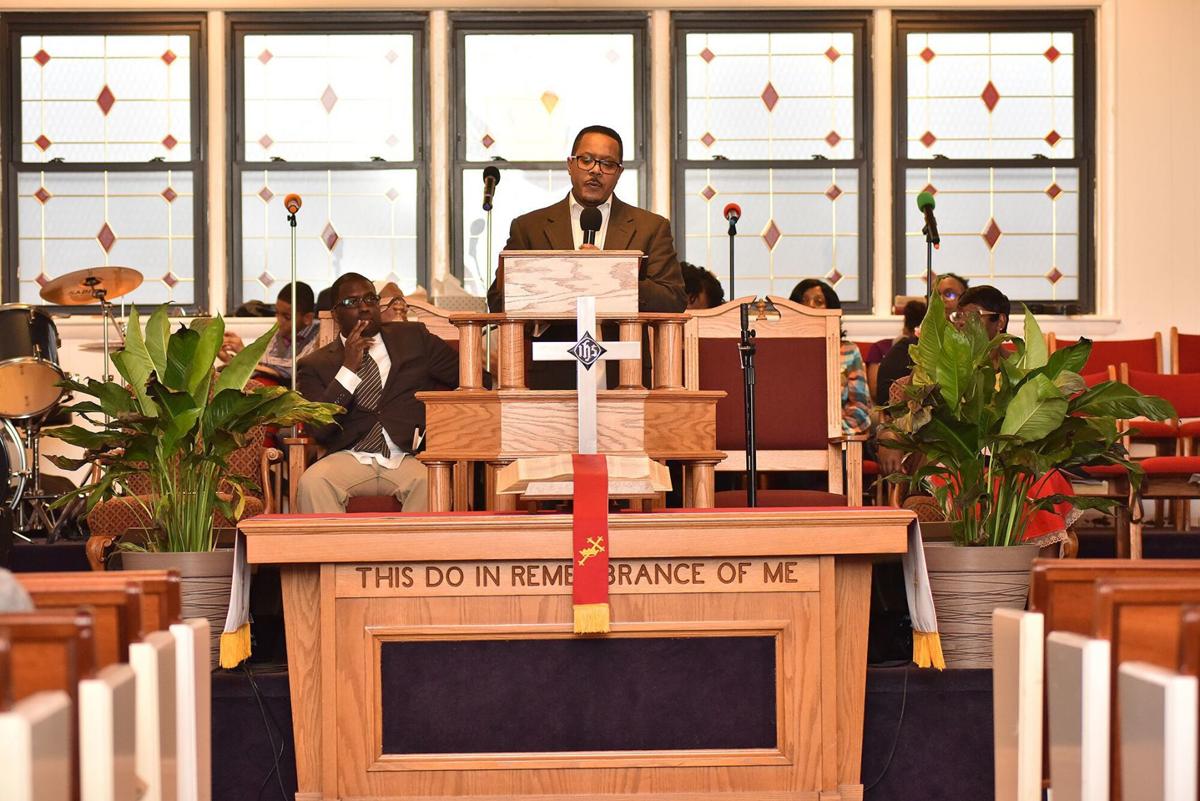 When Jesus entered a community, the poor were fed, the sick were healed and the lost were ministered to. That’s what you’ll find at Transfiguration Baptist Church at 3732 Fairmount Ave. in West Philadelphia.

At Transfiguration, the emphasis is always on the Gospel of Jesus Christ and the mission is to reach the world with the message of the cross, but they also host clothing drives to those in need, regularly distribute food to the hungry and provide a host of programs and services both for members and any else who may need them.

“The first thing that I did when I got here was, we tore the whole church apart,” said Pastor Frederick Scott Jr. during our interview. “It just had an old church feel and I knew that in order to attract new people we had to sort of modernize it.”

Scott said that almost every wall was taken down and restored and technology was utilized to enhance the services. Today, large-screen monitors help members follow the lyrics of the songs sung as they are displayed on the screens during service as well as scripture readings.

“We did all of this with no money. I mean we had no money,” he said.

Scott said people are willing to contribute and support worthy projects and causes but they must first see that something is happening, that the work has begun.

“People give to projects, but they have to first see that things are taking place. So, when we started ripping the walls down, then the money started coming in. Prior to [that] we couldn’t raise any money, but once we started ripping stuff down and people started seeing, the money started coming through and we were able to pretty much complete the project.”

Scott and his wife, Tina Scott, were members of Sharon Baptist Church prior to joining Transfiguration and maintain their relationship with Sharon.

Asked her impression when her husband shared his vision of leaving Sharon to minister at Transfiguration, Tina Scott said she was nervous at first, “but my husband was called, and I just said that this is the season that God has called us in, so we have to walk into it and do what He called us to do.”

Scott joked that he has “trepidation” at whatever the Lord called him to do.

Scott spent 15 years as a technology director for the United Way before leaving to go to seminary. The family had three children but their faith in God did not waver during the transition.

“We’ve always worked together. When his schedule is busy, I jump in; when my schedule is busy, he jumps in. So we just did that teamwork approach which allowed him to do what he was called to do,” said Tina Scott, a therapist by profession.

“I don’t think it was a big shift because serving for the Lord wasn’t new for us. It’s just the additional titles that come with it, but the sacrificing of time and effort is not new to us,” she said.

Deacon Michael Ward has been with Transfiguration for some 35 years and, like the pastor and many of the members, grew up in West Philadelphia.

“I used to play on the lot that was here before the church was built,” recalled Ward.

Ward grew up Catholic and later attended Lincoln University and joined the military, where he traveled the world. West Philadelphia never left his blood.

“To be able to come back to Philadelphia and the choices that I could make to fellowship, I chose to come back to the place where my family began their fellowship. My mother was in the ministries, my sisters and brothers were singing on the choir and I wanted to be a part of that, so I joined Transfiguration,” Ward said.

At Transfiguration, you’ll find people of all walks of life and no one is turned away. The homeless, those needing food and clothing and anyone else in the community are both welcome at the church and sought by its members.

“We call this a no-judgement zone,” Ward said. Ward, who has been a member of law enforcement for 40 years, said that at Transfiguration he now gets to bridge the gap with people he once participated with in gang wars, drinking and other activities as a youngster.

“If a brother like myself, who used to be as bad as I was, could change his way of life and serve them, that’s what we are about, we want to show them that there’s a change,” Ward said.

This was particularly important in the Mantua community where the church is located, said Ward, who described that area of West Philadelphia as a “community that has been left out.”

Wendell Smith joined the church a year ago after he was invited by Scott to “check the church out.”

“I came out, checked out the church, loved it. Love Pastor Scotts’ teaching, and then I joined the church.”

A couple of months later, Scott made him a minister at the church, Ward said.

“I really love this church. I’m watching the growth of the church and different things taking place. The members of the church are loving and caring, and the neighborhood is right for the ministry. There’s a lot of things we can do for this neighborhood,” he said.

Dorothy McClanahan, an elder of the church, has more than 50 years as a member.

“It’s a family. Most people here, the members, are family-like. A lot of members here are related and it’s like a family church,” said McClanahan.

When Moses disobeyed the LORD by hitting the high cliff rock with his own rod twice to make the LORD look bad in front of children of Israel. The LORD told them Aaron and Moses will die and not go in the promised land. (Numbers 20). He later plead with the LORD to let him in. "I pray thee, let me go over, and see the good land that is beyond Jordan, that goodly mountain, and Lebanon." (Deuteronomy 3:25) But the LORD said no. Well, well, well when Moses mentioned the goodly mountain in Lebanon it was a mystery.

1500 years later, when Jesus went up to the goodly mountain in Lebanon with His three disciples, He spent His time with Moses and Elijah and they talked about His " departure, which he was about to accomplish at Jerusalem." And then He went on to His glory. It is His lent season, not yours as the high and low church made you believe. Moses already knew his appointment long long time ago because He already told him. Do you know He love you that much to plan all this 3500 years before you were born?