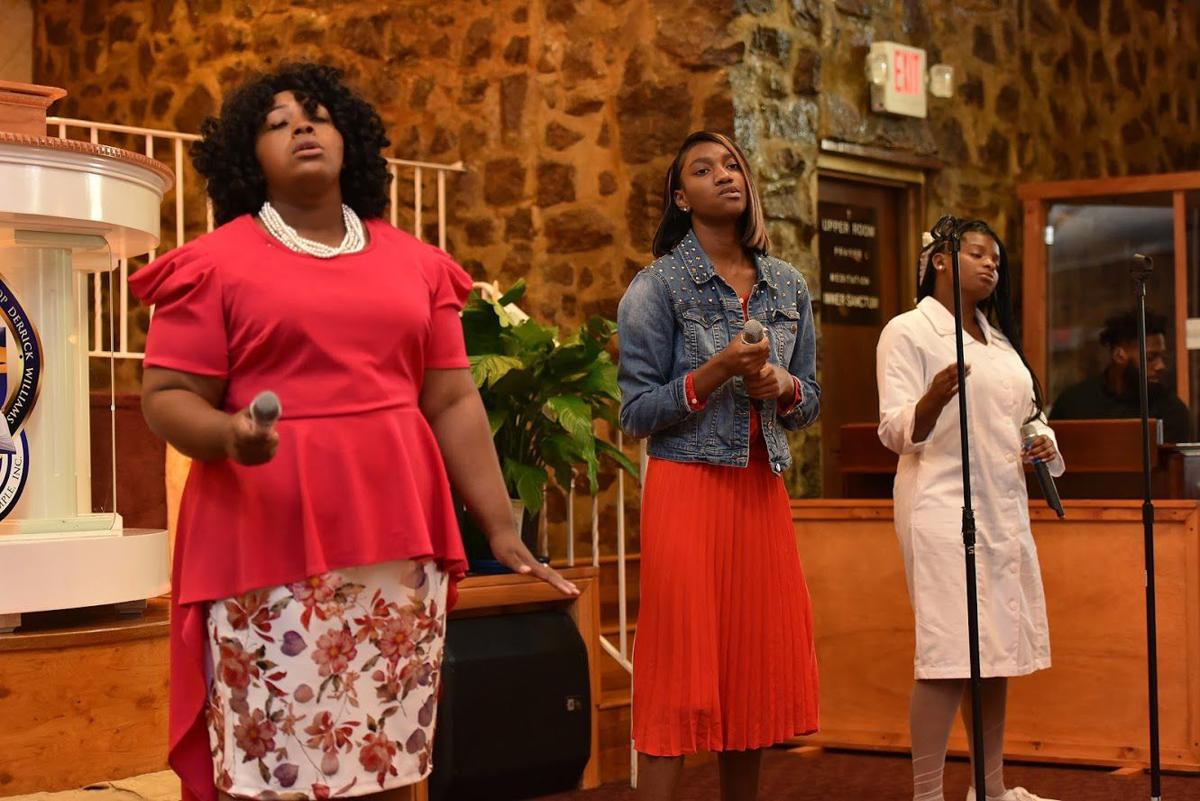 The Praise and Worship Team sings a selection. 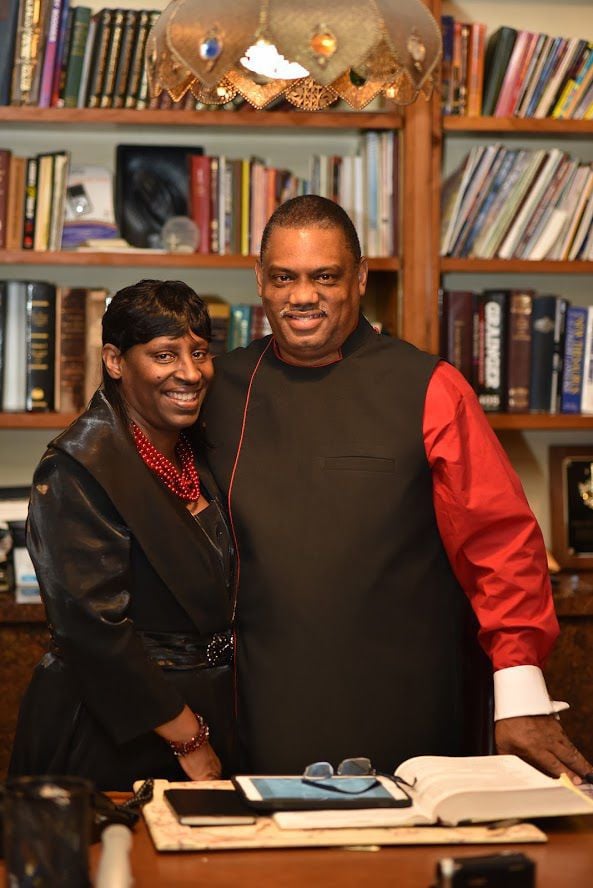 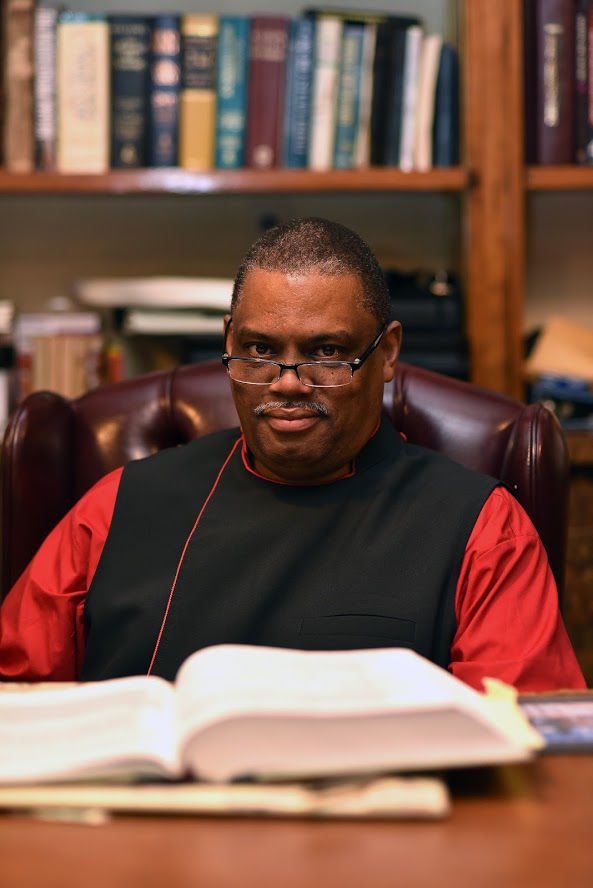 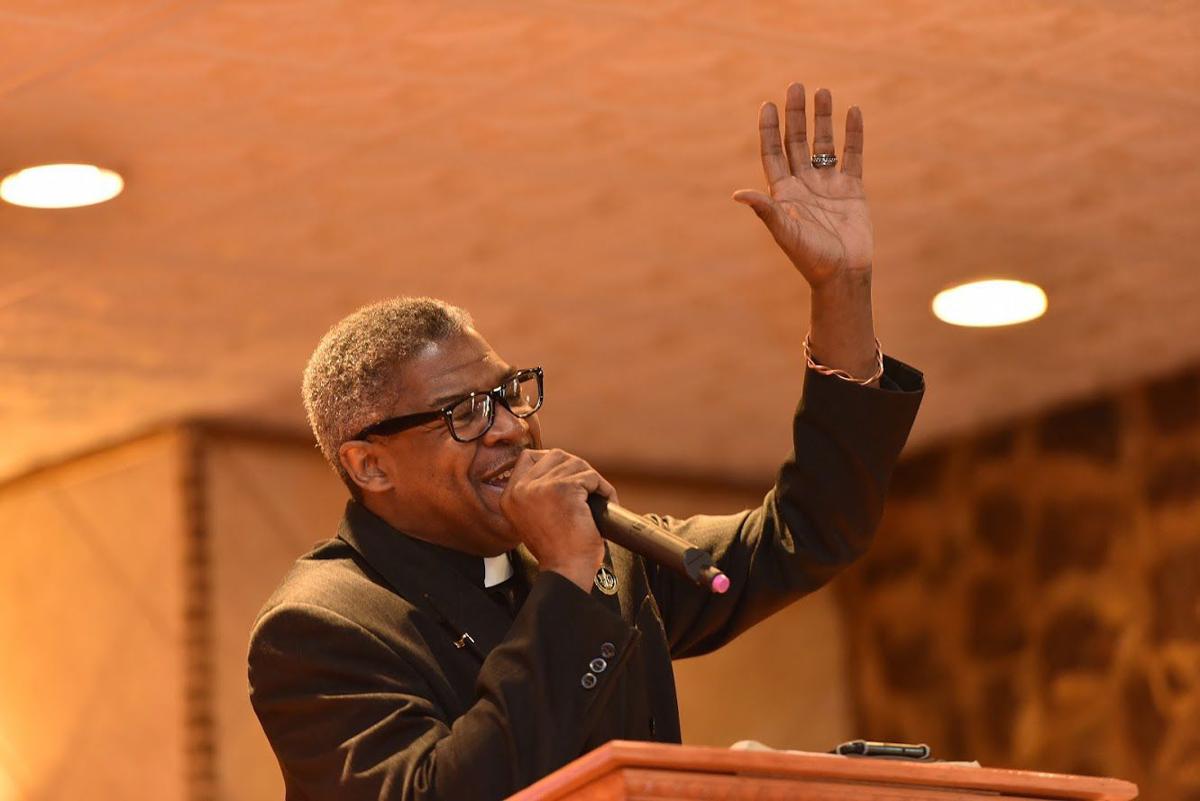 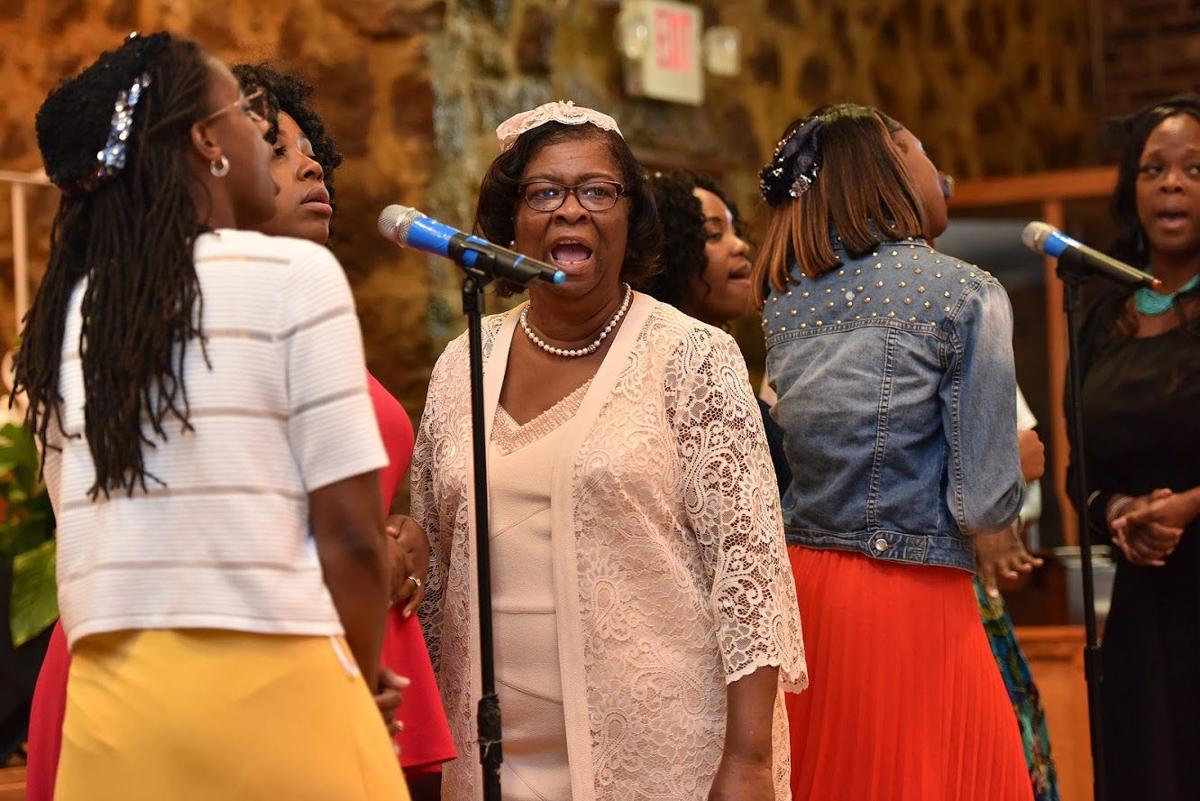 The choir sings a selection. 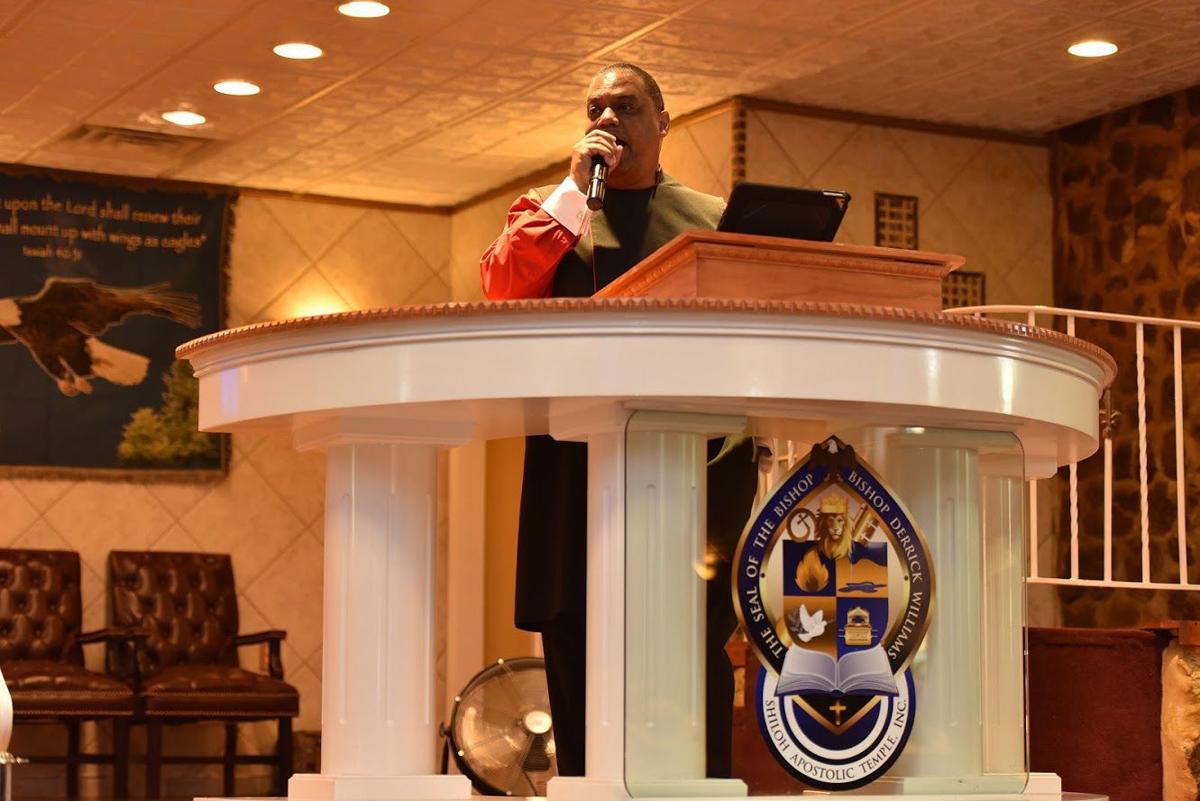 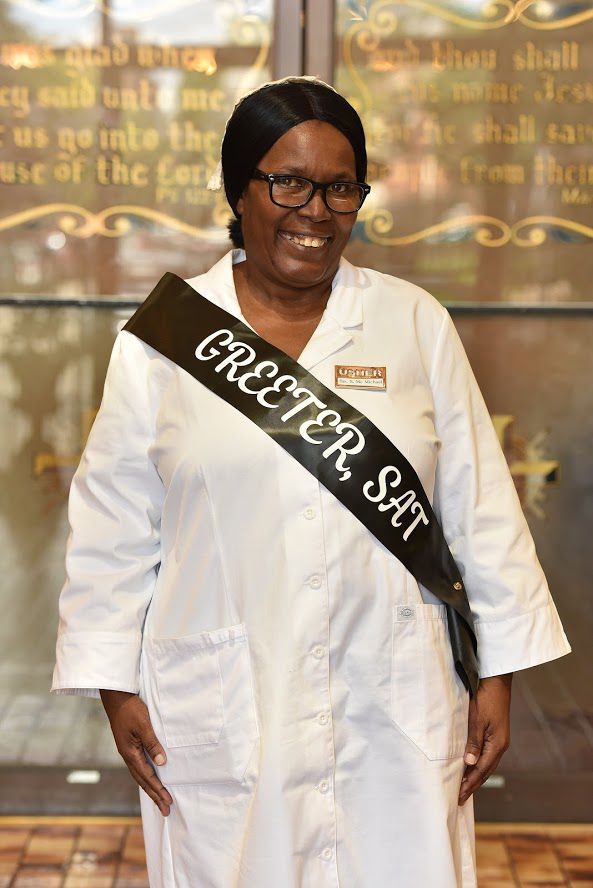 Greeter Stephanie McMichael greets everyone with a warm smile.

The Praise and Worship Team sings a selection.

The choir sings a selection.

Greeter Stephanie McMichael greets everyone with a warm smile.

Some churches are sanctuaries for their members and the communities they serve. They not only provide religious instructions but serve as safe places that help protect and provide for the needs of those who enter.

That’s the case with Shiloh Apostolic Temple at 1500 W. Master St., whose pastor, Apostle Derrick L. Williams Sr., not only grew up in Shiloh, but was mentored, protected, educated and married at the church.

“I came here in 1979,” said Williams, who has served as pastor for 10 years. “I have been affiliated with the church for 40 years. I’ve been around a little while.”

Williams recalled that he was saved at the church at the age of 14 when a friend invited him to the church. He took her up on the invitation and his life has not been the same since.

“I was 14 years old and a young lady by the name Roxanne Gilliard brought me to this church and I heard the Word. I was baptized in Jesus’ name, filled with the Holy Ghost and this has been my life. I got married, raised my children and everything right here.”

Williams left in 2003 and started a church in Chester until 2009, when the pastor of Shiloh died and Williams was asked to return to pastor the church.

Shiloh has a history of serving the wholistic needs of its members and the community. That was the mission of its founder, Bishop O. Doub Jr., who is buried on the grounds. That outreach, that service, that passion for meeting needs and saving souls continues to this day.

Shiloh has always provided food for the hungry, clothes for the naked and ministry to the spiritual needs of the people, but when Williams returned to Shiloh, he brought with him his Christian Academy, which added an educational component.

“I started a Christian Academy here from K to 8th grade and that academy is the only private school in the city that is free. Our children are supplemented so parents don’t have to pay any tuition for the children to go here,” Williams said.

“We have a big sign over the altar that says, ‘With loving kindness have I drawn thee,’ so I try to make sure that our personality is one that demonstrates love, not just say it but show it.”

That love isn’t only inwardly directed but externally also.

“Not only do we outreach to the community here with the Christian Academy but whatever giveaways and things, bookbags and things we can do, we make sure to do that,” said Williams.

And now that outreach has been extended abroad as well.

“We’re in the country of Haiti and we go every year to minister and take a lot of supplies because, as you know, Haiti is the poorest nation in the hemisphere so we want to not just talk about good works but we want to be about good works.”

Williams met his wife, now first lady Juanita Williams, at the church and just as the church brought them together, so does it draw others.

“Shiloh is an amazing place and all I can say is that, even when members leave, they find themselves back here where they have started from because it’s just such an attraction to everyone and there’s just such a spirit that’s in this place. I wouldn’t go any place else,” said Juanita Williams.

For proof of this, one needs only to cross the threshold of Shiloh and be greeted by one of the ushers to know that they care — deeply.

One of those ushers is Stephany McMichael.

“When I first came, [the members of Shiloh] were warm, they were welcoming,” and took her under their care, McMichael said.

“You always find love when you come through these doors. Always,” she said.

Shiloh offers many activities and maintains a tradition of “breaking bread” and eating together on Sundays.

“I like their discipline and how [Williams] teaches about the Lord,” said McMichael. “Just come and you will hear a great Word from our Bishop Derrick Williams.”

Deacon Joseph Pointer Sr. said he has attended the church for his whole life. “My mother and father were married here by the founder himself and raised their eight children here, and five of the children are still here,” he said.

“We call this the ‘Miracle on Master Street’ because in 1979 the founder received a vision from the Lord to extend the edifice and we built it in 2008 without the aid and assistance of any financial institution,” Pointer said.

The church first built a banquet hall, which it used to help finance the rest of the renovations. The church has since added an enclosed terrace and a charter school and didn’t borrow a dime to do it.

“I would definitely describe Shiloh as a people’s church,” Pointer said. “We reach out to the community; we have a foreign mission. We try to be down to earth, let the people know that we are here for them.”