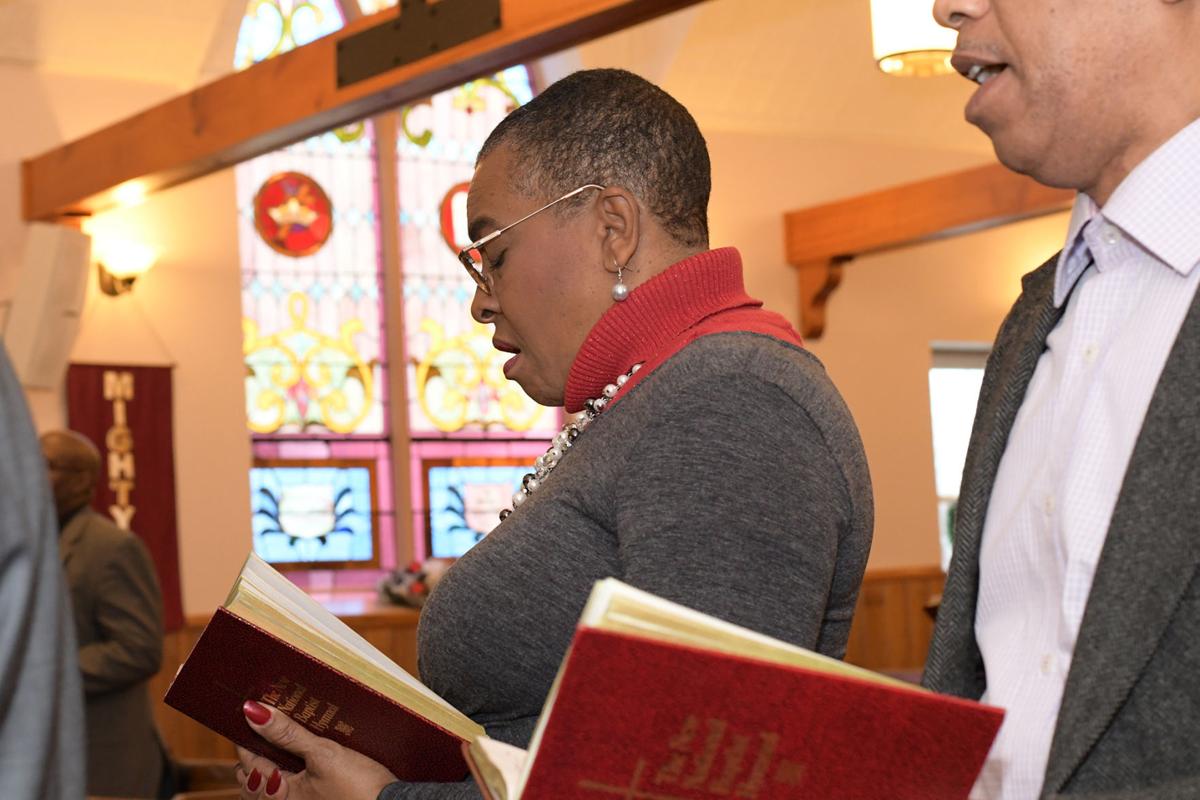 A member of Second Baptist Church of Media sing during church service. 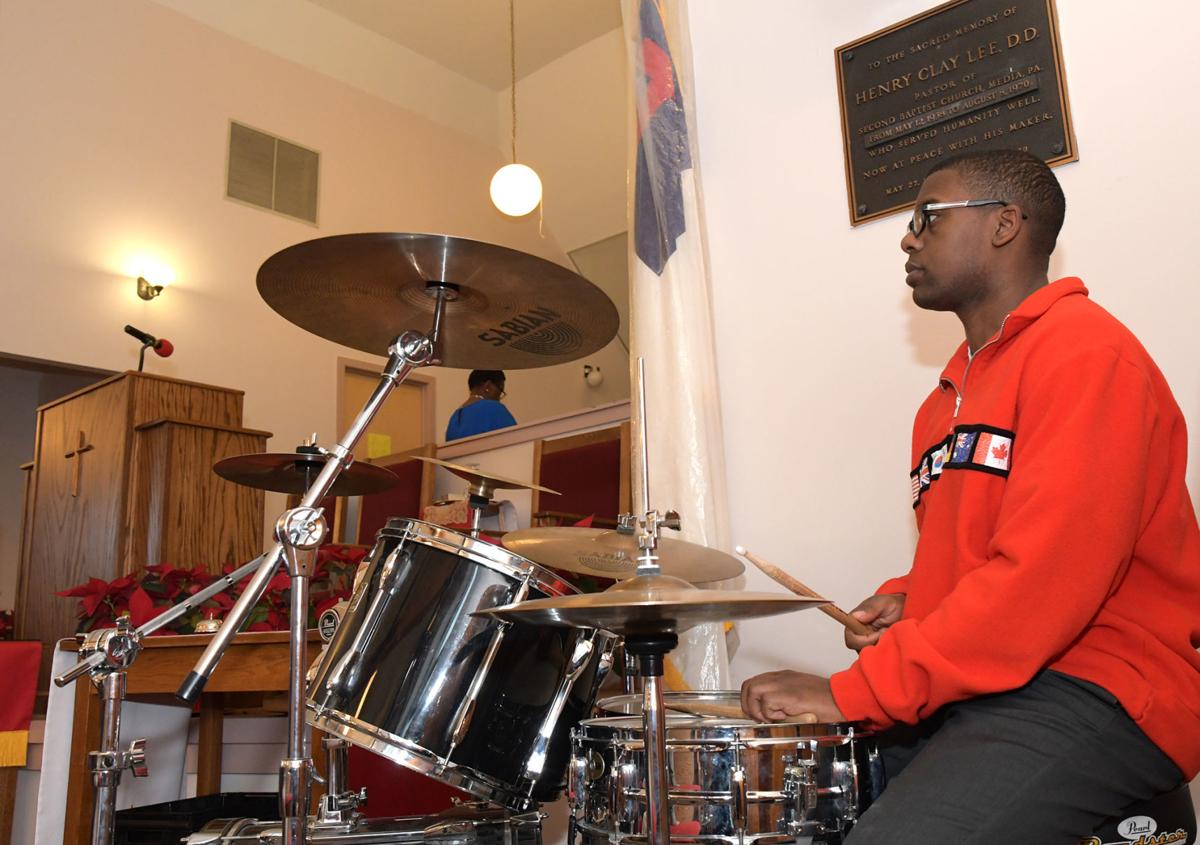 Drumming is part of the music ministry at Second Baptist Church of Media. 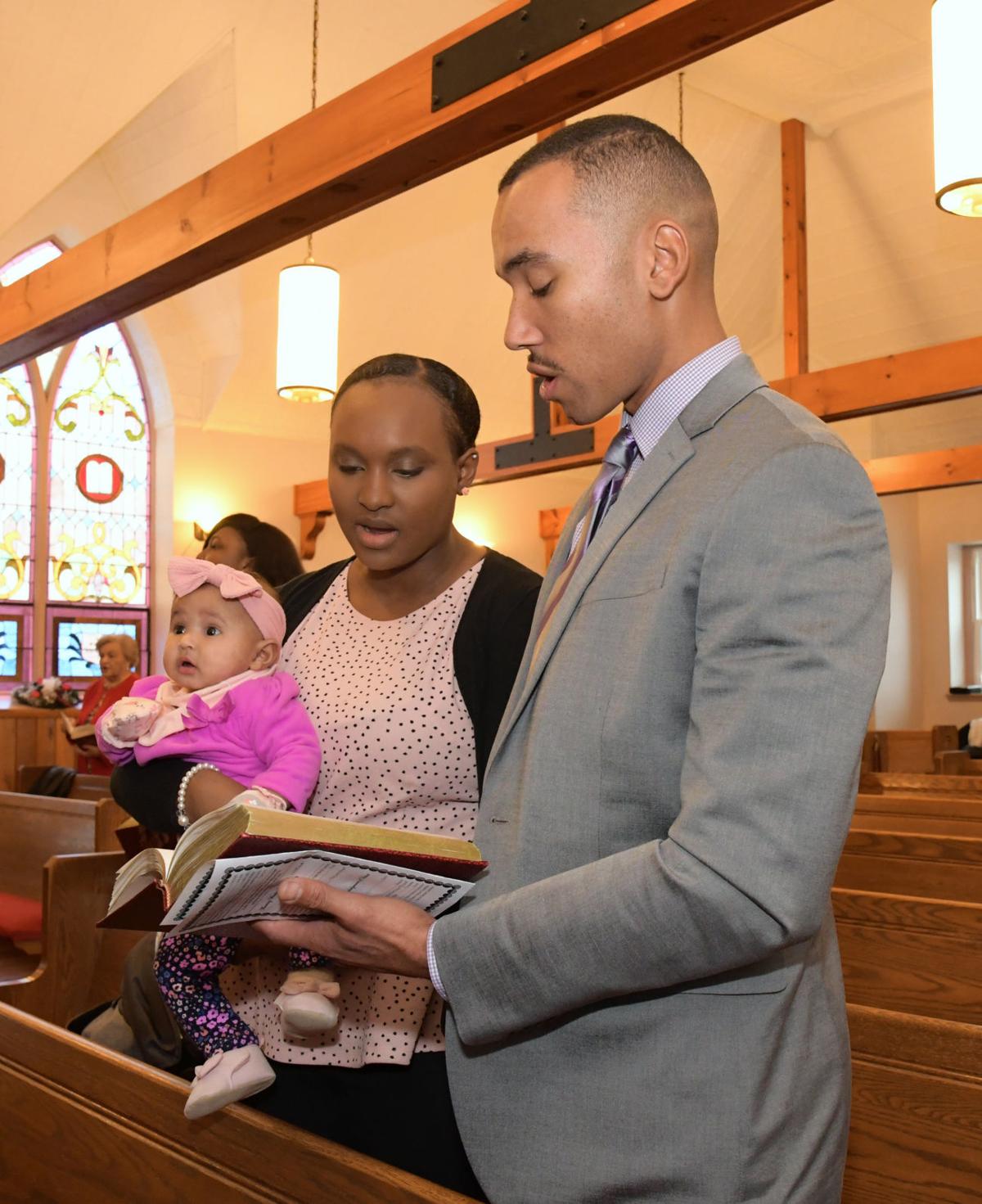 From left, 4-month-old Lily Chavous is held by her mother Taj Chavous and her father Colin Chavous sings during church service at Second Baptist Church in Media. 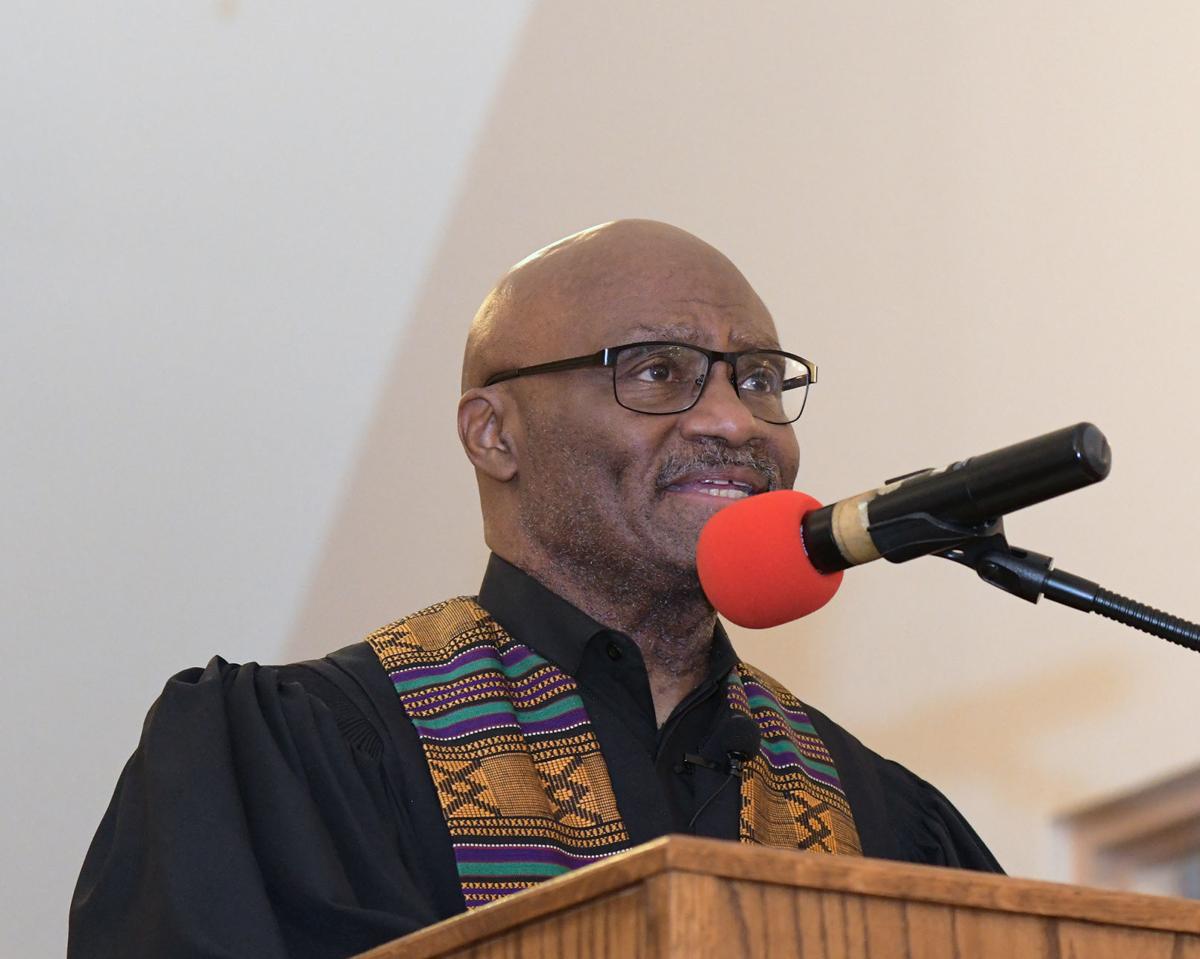 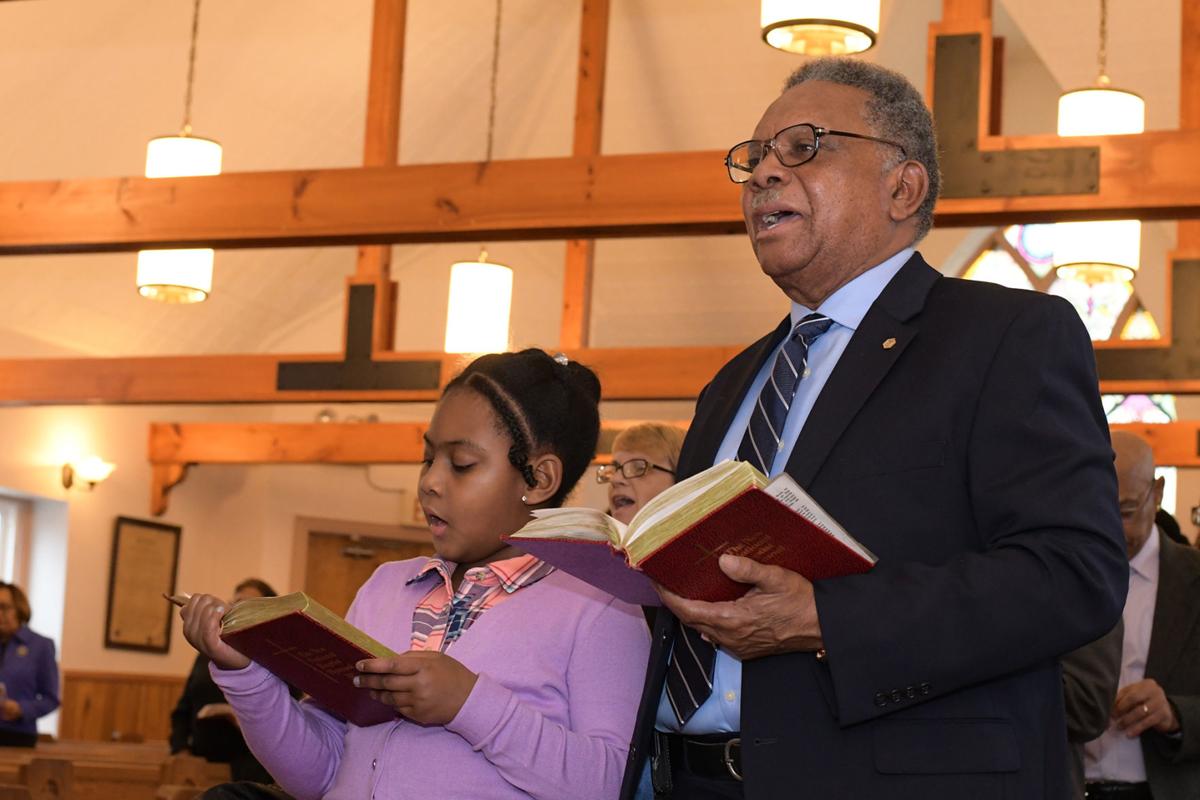 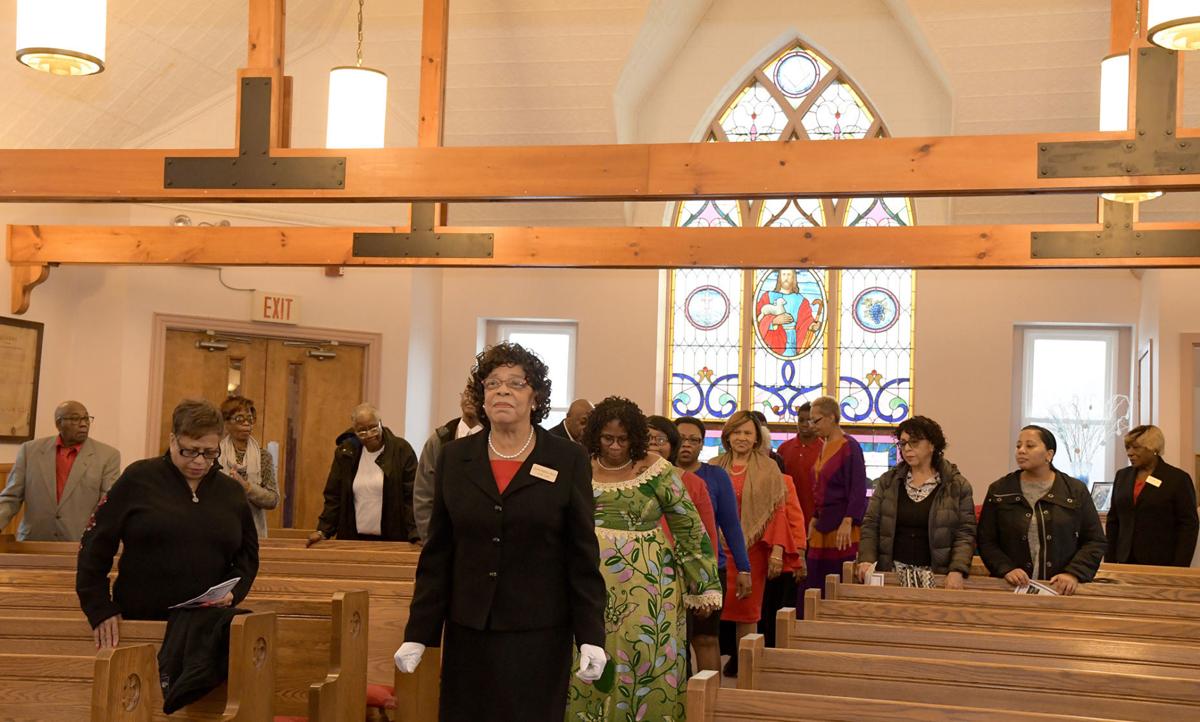 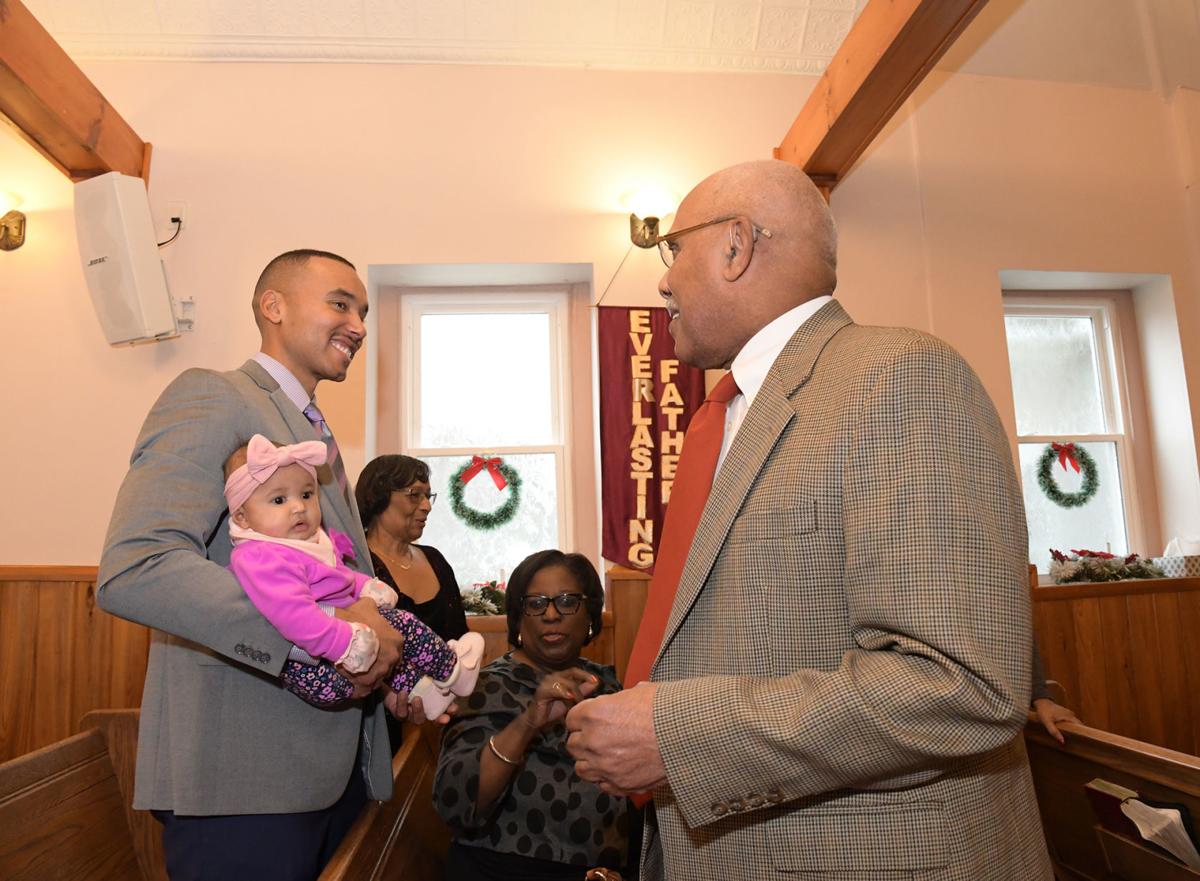 A member of Second Baptist Church of Media sing during church service.

Drumming is part of the music ministry at Second Baptist Church of Media.

From left, 4-month-old Lily Chavous is held by her mother Taj Chavous and her father Colin Chavous sings during church service at Second Baptist Church in Media.

It wasn’t easy establishing an African-American church in Media and, according to the history recorded by Second Baptist Church website, the first attempts to do so in the 1890’s, were unsuccessful.

“We serve a great God and we understand that,” said Second Baptist Church pastor the Rev. Warren Mays Sr. when asked about his congregation.

Mays said that love is returned and God’s handiwork can be seen as a result.

As a largely African American congregation, Second Baptist is surrounded by racially diverse communities whose residents are not of African American heritage. While this would pose a challenge to others, it has not daunted Second Baptist. The church makes an effort to reach out to the community and spread the love and message of Christ to all, regardless of race, creed or color.

“We try to reach out to the Media and Delaware County area which includes Chester and we do pulpit exchanges and worship with other churches,” Mays said. “No church stands by itself. We try to partnership in our community outreach and our evangelism so that has been a great help to Second Baptist through the years.

“Our history goes back to 1901 and so we continue to do what our ancestors did, being that help, that voice for the voiceless, we strive to do that. No one man can do that, no one woman or nor one pastor can do that, so we have a conglomerate of members that join together, and I appreciate that.”

Some members, like Evelyn Randolph, has attended Second Baptist for their entire lives and are a part of the membership contributing to the success of the church.

And the outreach efforts at Second Baptist starts from the top.

“Our pastor goes out every Wednesday morning at 6:00 am and wave to the people going to work. Sometimes they may pull over and he’ll have to minister to them and then we welcome all nationalities and people into our congregation,” she said.

“We have a relationship with the towns people and other churches within the communities, the white and black churches,” Randolph said.

Inside you’ll find a church which consists of friendly, welcoming people and where everyone knows everyone.

Randolph said Second Baptist also happens to be the only African American Church in Media that offers an early morning worship service which they call “Morning Glory Worship Service” Sundays at 7:45 a.m. in addition to their 11 a.m. Sunday worship service.

“We welcome people of all faiths, denominations and that’s what we get,” she said.

There are also activities for children and in warmer months, Second Baptist will host events outside on its lawn in which those in the community who wish to participate can feel free to do so.

“We are a black church smack-dab in the middle of a white community and they look out for our church, and some of them come in from time to time so we have a good working relationship within the community and the Borough.”

Sheilah Green has attended Second Baptist for 15 years and worships during the early morning worship service and describes the people and atmosphere there as loving.

“Its like a big family. It’s very warm, very receptive, everybody knows each other, everybody’s friendly, you get greeted, you get a hug. It’s very down to earth,” said Green who was attending a church in West Philadelphia at the time but wanted something closer to home.

Green recalled walking past Second Baptist while out shopping on a Saturday when noticed someone coming out of the church and decided to check it out.

She was given a tour of the church and thought, “this was perfect”.

“It’s not a Cathedral size, it’s not a store-front, it’s just right and its close to home so when the weathers bad I wont have a hard time getting there,” she said.

But there was something else which she noticed about Second Baptist.

“With a church that size you get to be hands-on,” Green said. “You’re not just going to church and going home you’re participating; you feel like you’re a part of it. We have a diverse population there, the ages vary and so we have things for people who have different interests.

“We have a cancer care group, we have a mission’s group, we have a social committee where we have picnics and other activities for the communities, and we collaborate with others in the area for different programs.”

Then there are outreach groups, and efforts to assist those who are less fortunate and in need of counseling, food, clothing or other necessities.

“It’s a variation and we have more ministries.”

Second Baptist is able to coordinate such activities and efforts because congregation work as a unit.

“It’s family oriented, it’s very basic and not really disjointed,” Green said. “We’re like all one, we’re like a team, a family team. I think you can get things done simpler when you’re all on the same page.’

With 15 years as a member, Green considers herself an “infant” since so many members have been there much longer, and that solid foundation helps maintain the church and its activities.