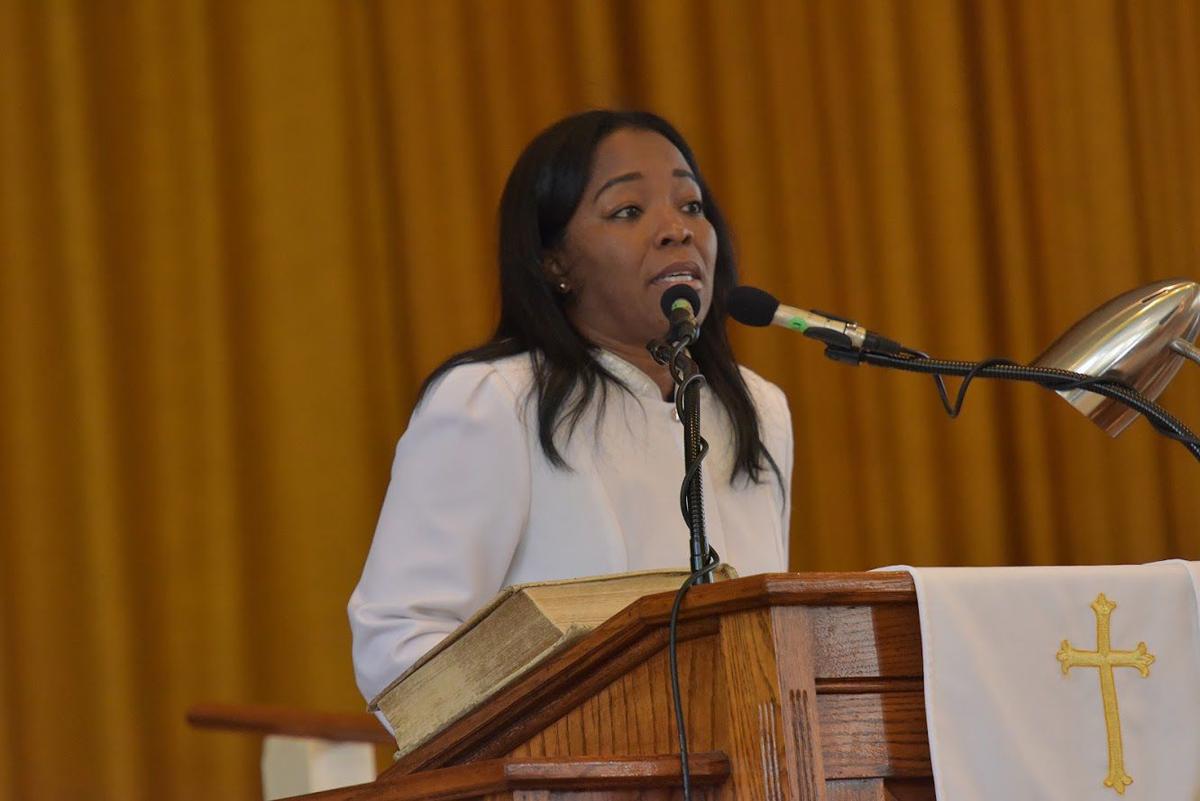 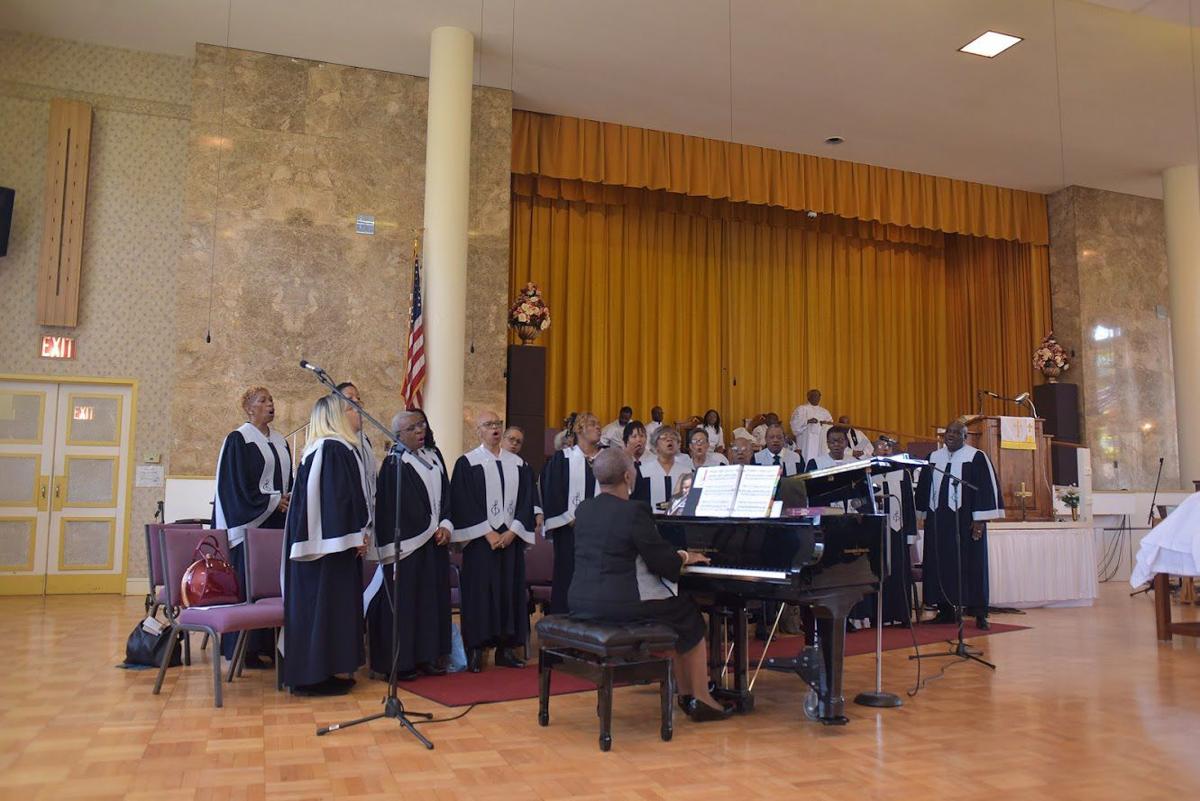 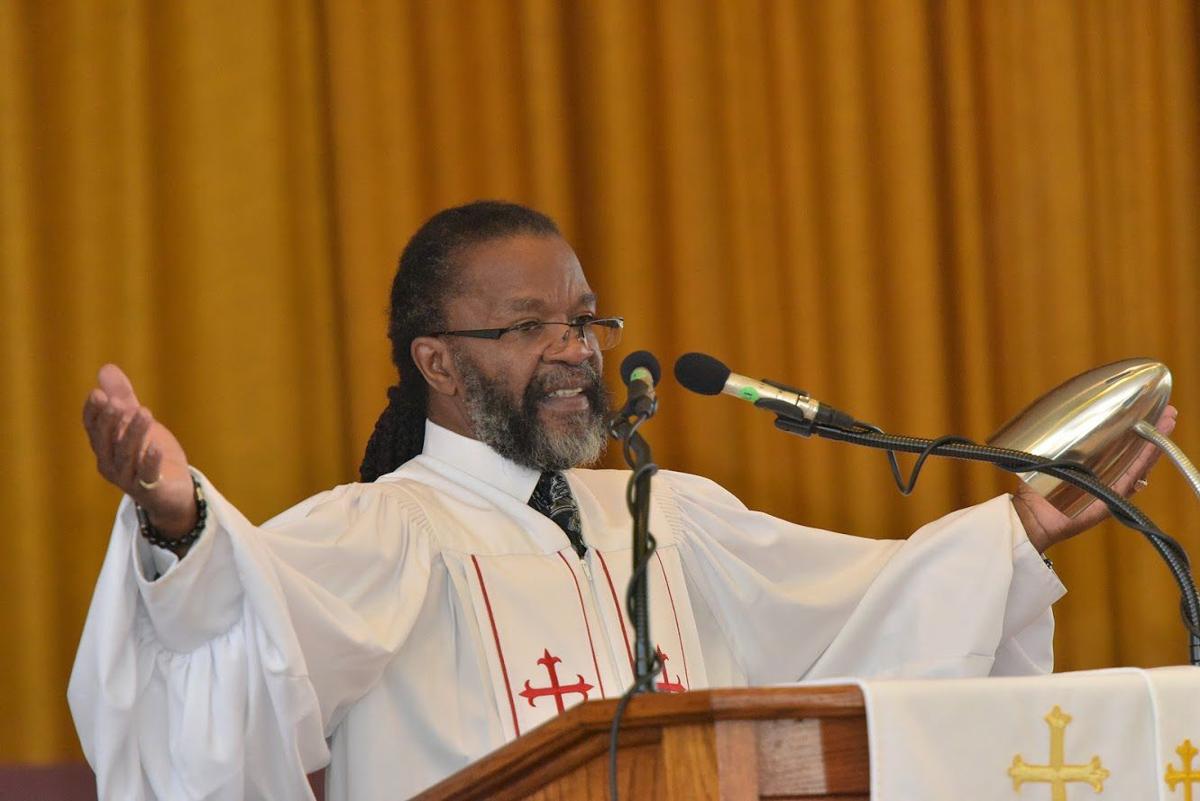 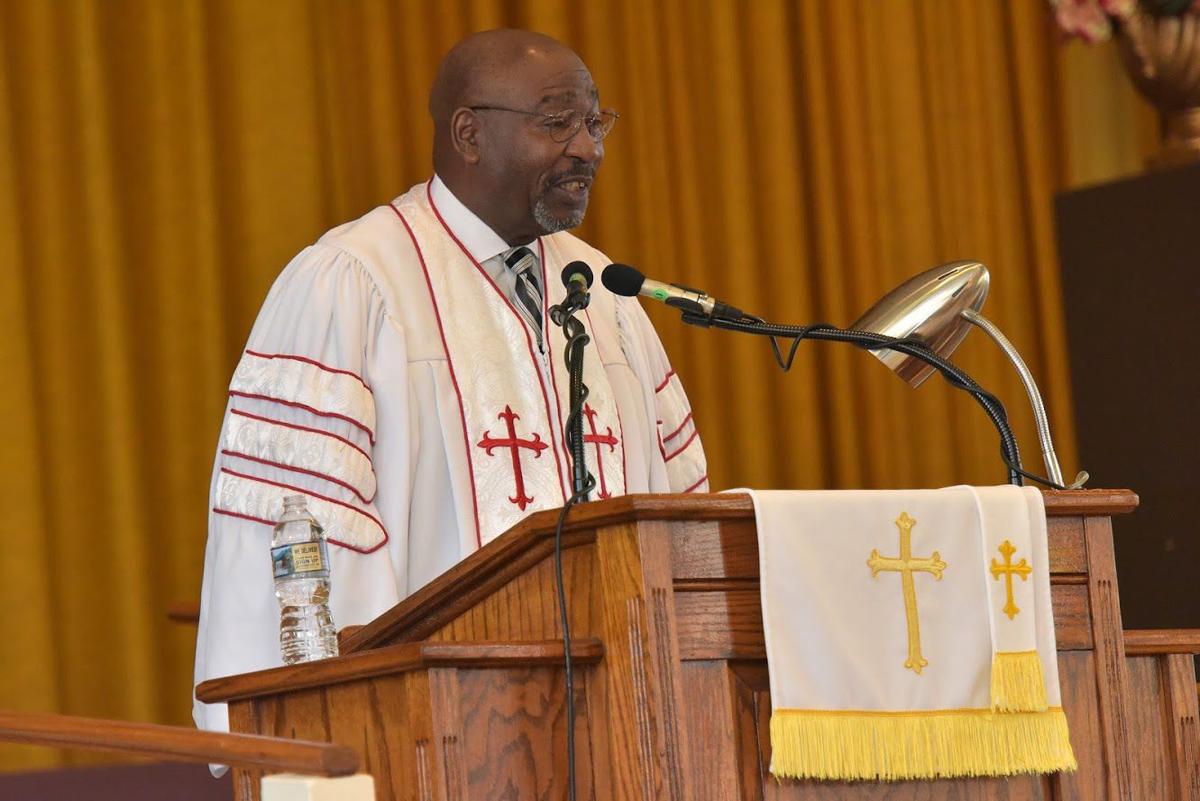 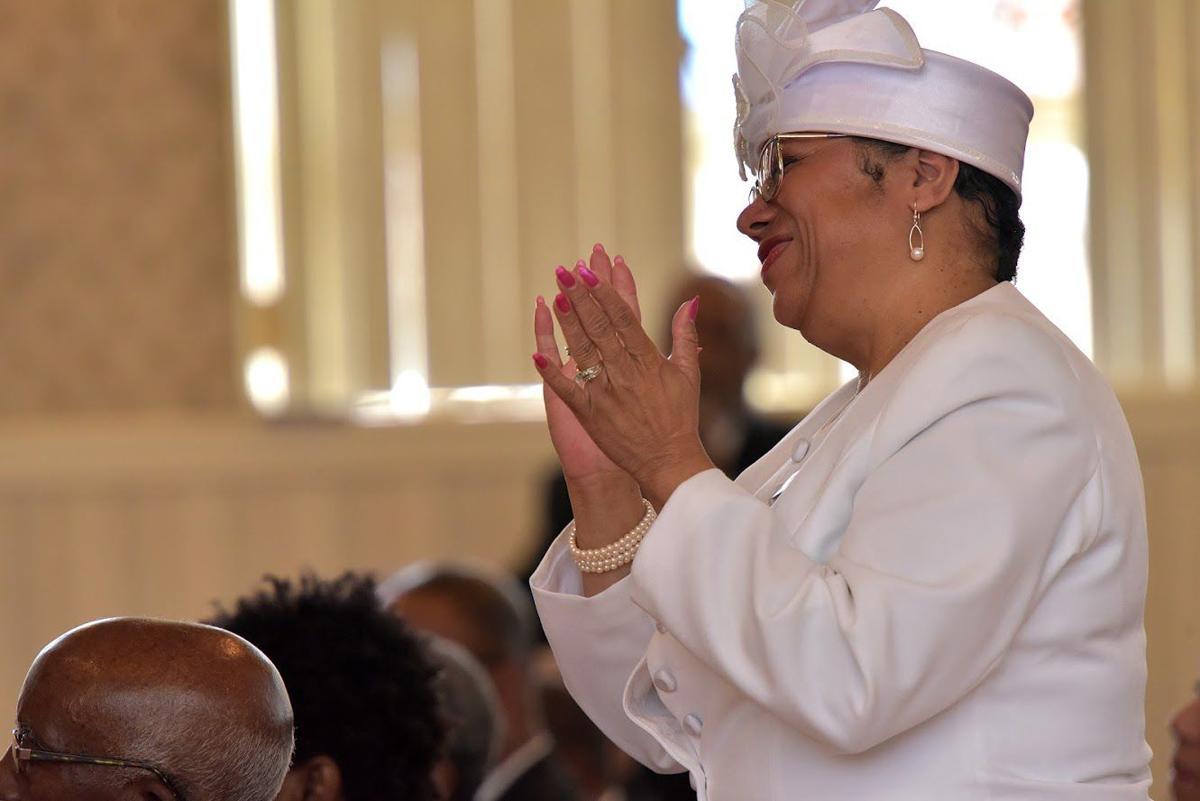 A member of the congregation rejoices. 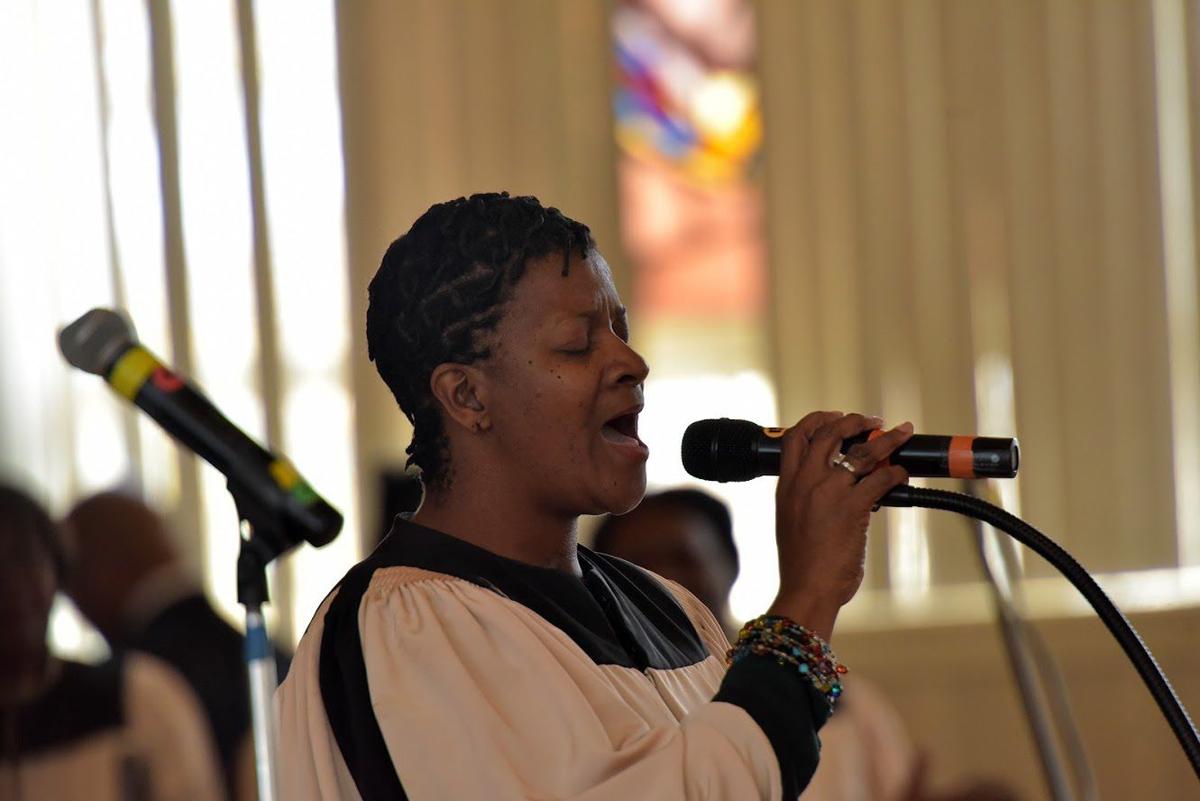 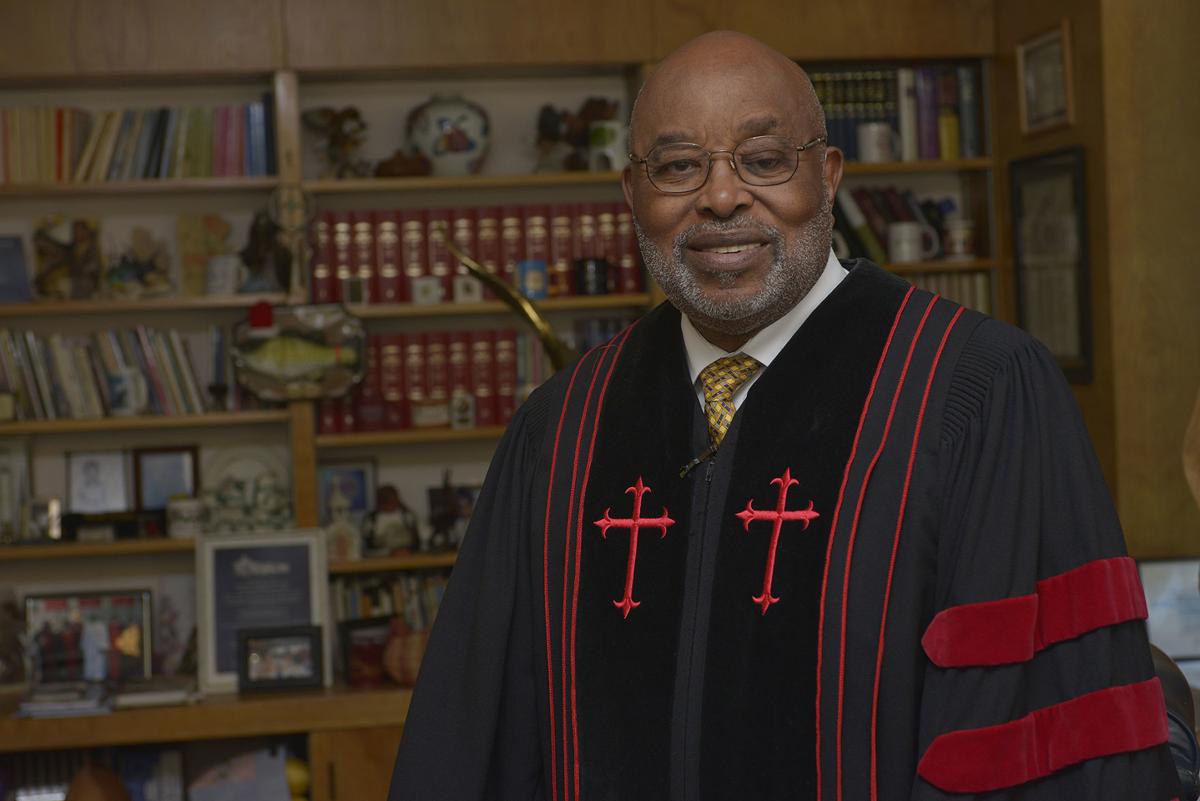 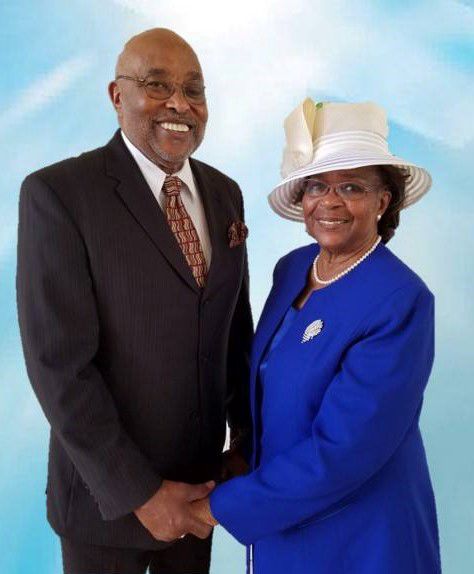 A member of the congregation rejoices.

If your idea of Christianity is a group of stern-looking people with smug looks on their faces, you will be pleasantly surprised to find just the opposite at Pinn Memorial Baptist Church at 2251 N. 54th Street. In fact, the members of Pinn are known for their humorous, fun-loving and caring nature.

With over 100 years as a congregation, Pinn has outlived many existing churches and has established a strong relationship with the Wynnefield community where it is located.

And there’s more. There’s also a daycare center, a 44-unit senior center, a senior daycare, a clothing center where the church distributes clothing. It also provide space for other churches and community organizations to hold events.

“I would describe them [the members of Pinn] as a group of people that love the Lord,” Chatman said. “It’s probably one of the most congenial people I’ve ever met, and they work great together.”

Oh, and they can sing. In fact, they not only have one choir, but they have two.

“We have a great music department and we have two of the finest choirs anywhere,” Chatman said.

Chatman recently announced his retirement and a search committee has been formed to begin the process of finding a replacement. However, the transition hasn’t stopped the church from continuing its many activities or managing its active ministries.

“I’m excited by the church and I’m excited about its future and I know that, as they go through this transition, they will do well because they have a great committee now working on it,” said Chatman, who has been at Pinn for 27 years. “In a nutshell, it’s one of the greatest churches anywhere,”

Last June, Chatman said he notified the church of his plans to retire. His title has changed to pastor emeritus and he doesn’t plan on going anywhere.

Looking back, Chatman has many memories of his time at Pinn Memorial. What stands out most for him are the people he has interacted with.

“First of all, the people and their excitement about the church,” he said.

Coming in second and third was the church’s business center and the senior citizen housing center followed on his list of memorable achievements.

Deacon Michael Lewis chairs the deacon board and the search committee organized to seek a new pastor.

“I think that we’re a people-church, we’re a missionary church and we do a lot of things for the community and for people and trying to save souls,” Lewis said.

He said the transition process to find a replacement for Chatman was going smoothly as laid out in the church by-laws.

“Other than being my pastor, he [Chatman] is a man’s man. He [funeralized] both my parents and when I had major life issues, he was someone whom I could go to,” Lewis said. “If I was in a battle, he would be someone I would want beside me.”

Lewis’ fondness for the pastor extends to the congregation as well.

“It’s personal,” Lewis said. “You kind of know everybody’s name who comes through here. People aren’t afraid to say what they are thinking and there’s none of the politics that you’ll find at other churches. It’s a friendly church, it’s a loving church and the doors are open.”

Gwenetta Fairfax has been a member of Pinn for 24 of Chatman’s 27 years. She has spent 20 years as

Where did it begin?

“We [her family] came because of all of the activities for the children,” said Fairfax when asked what first drew her to Pinn Memorial. “I had three small children at that time, now I have four, and they were very involved in everything at Pinn. “What keeps me here is all of the relationships and the work of the church.

Then there’s an adult day care program on site — A Place Like Home II; a PAL program; a summer camp and two polling sites during election seasons.

“He has been such a source of knowledge and strength,”she said. “[He’s] such a wonderful pastor, just the way he walks. He does what he says he’s going to do and its been a great experience. He’s just a great, great man.”