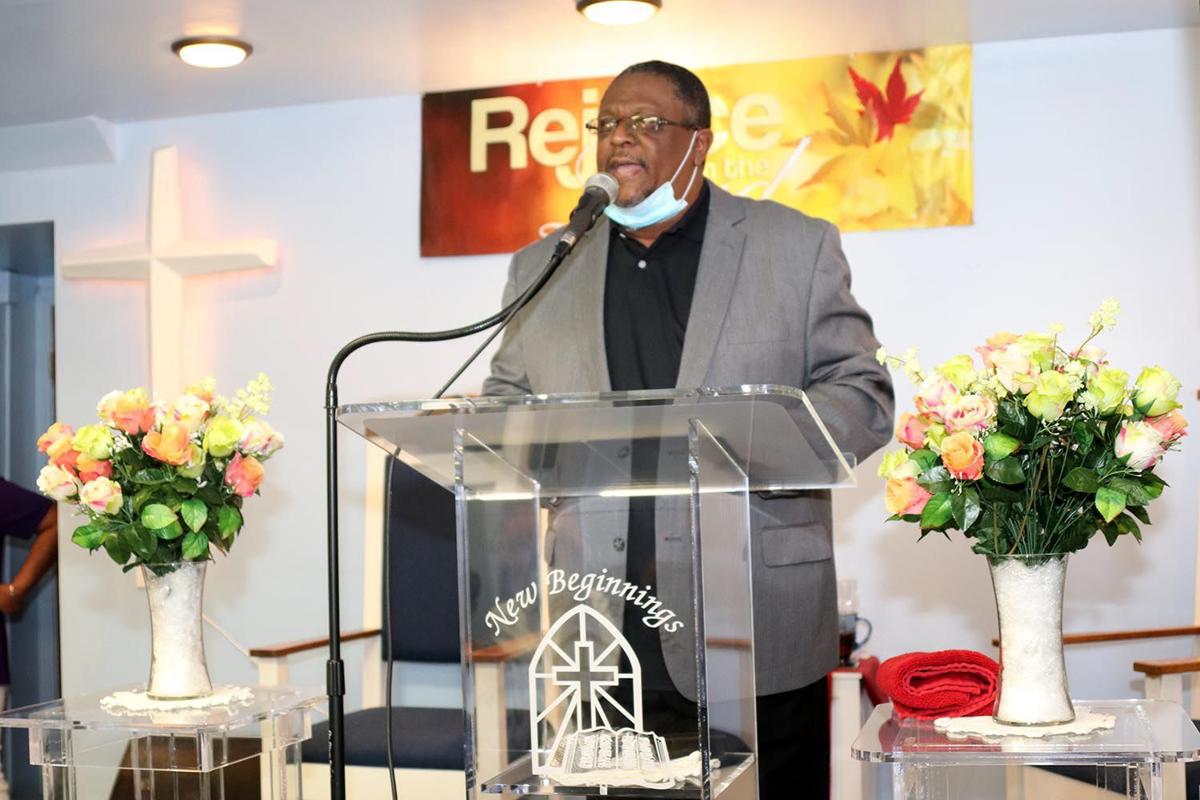 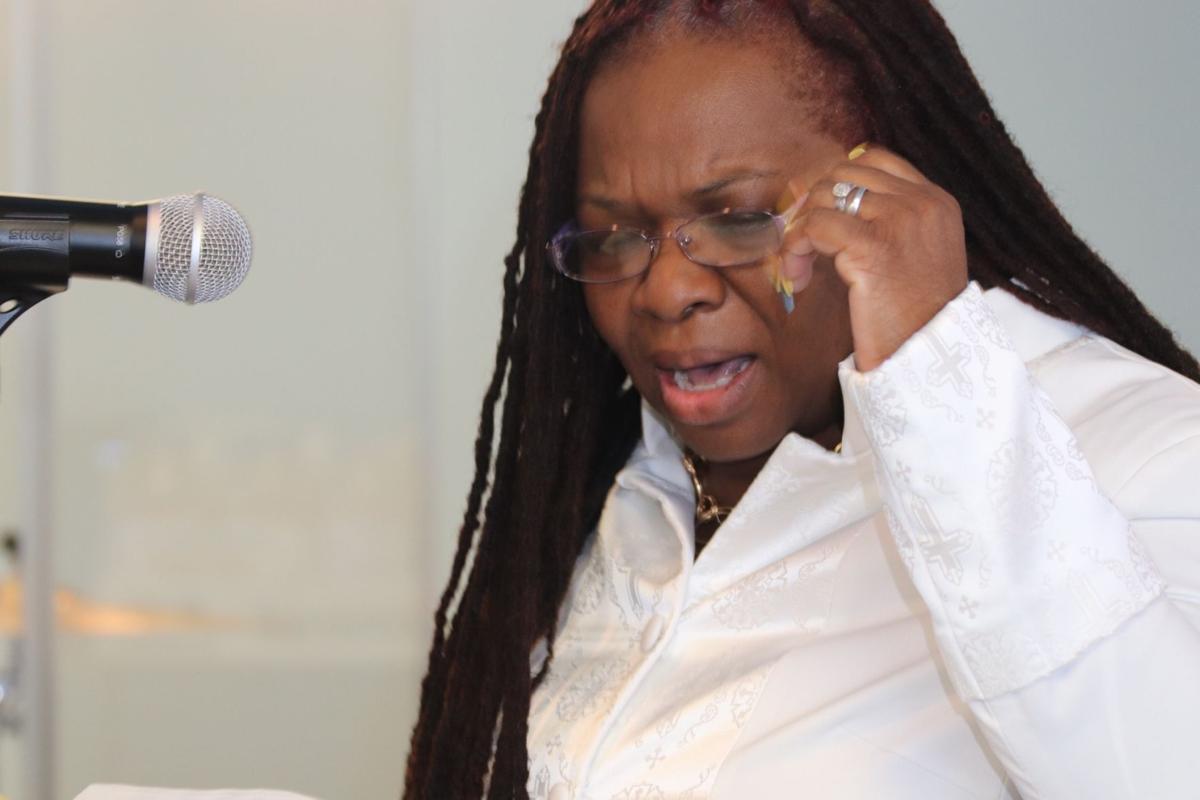 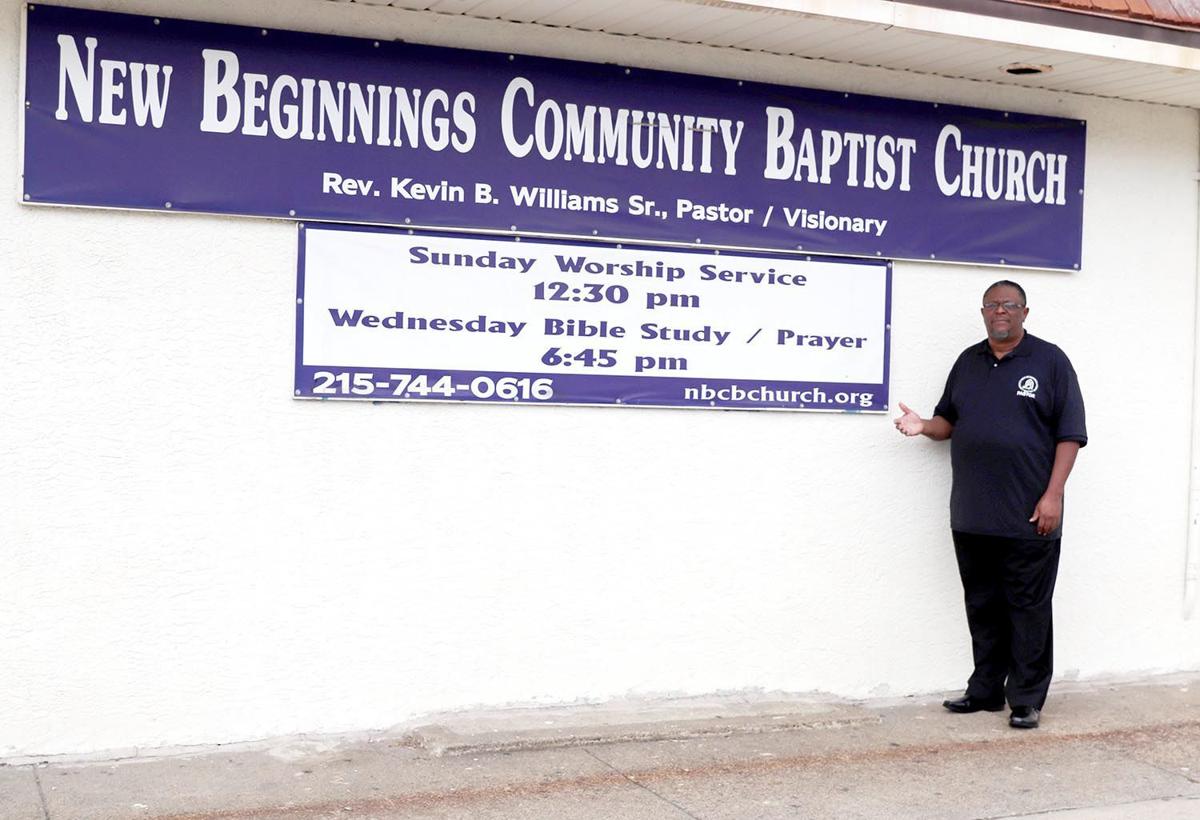 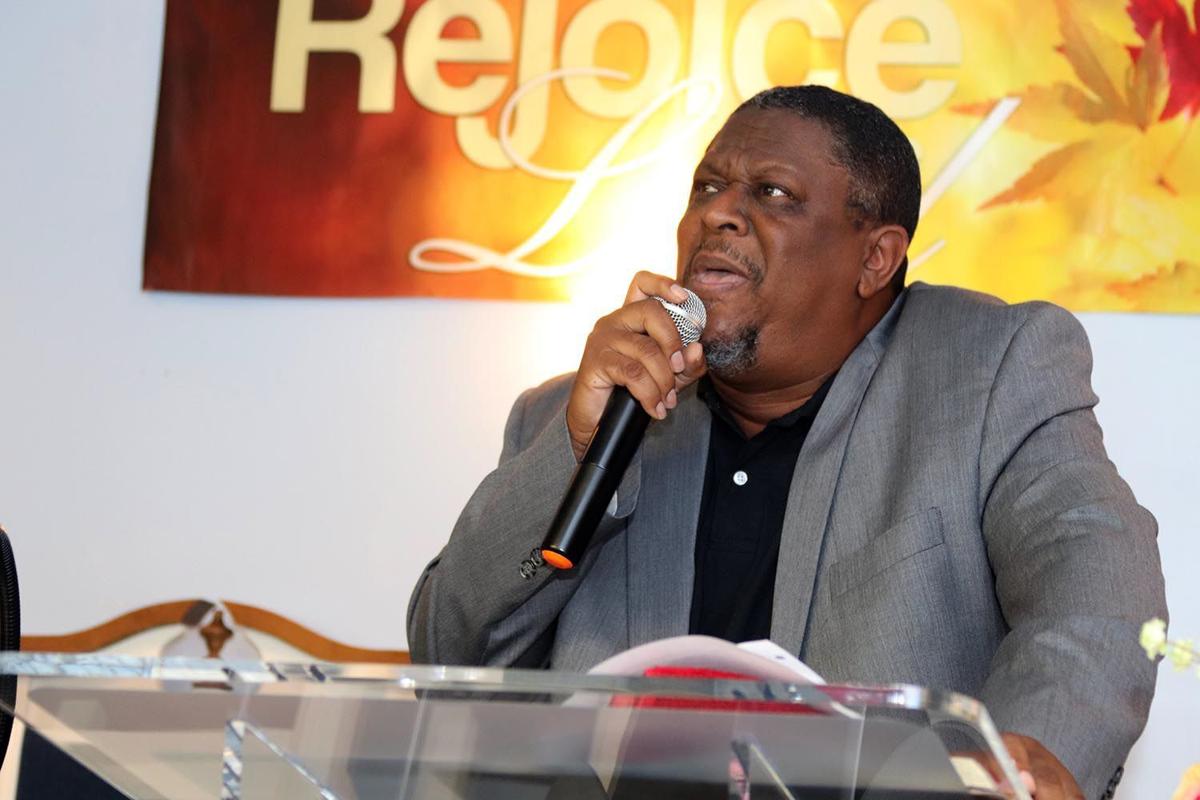 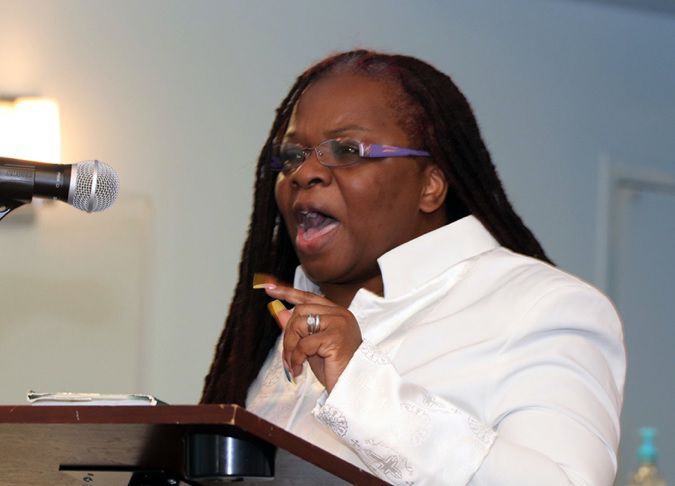 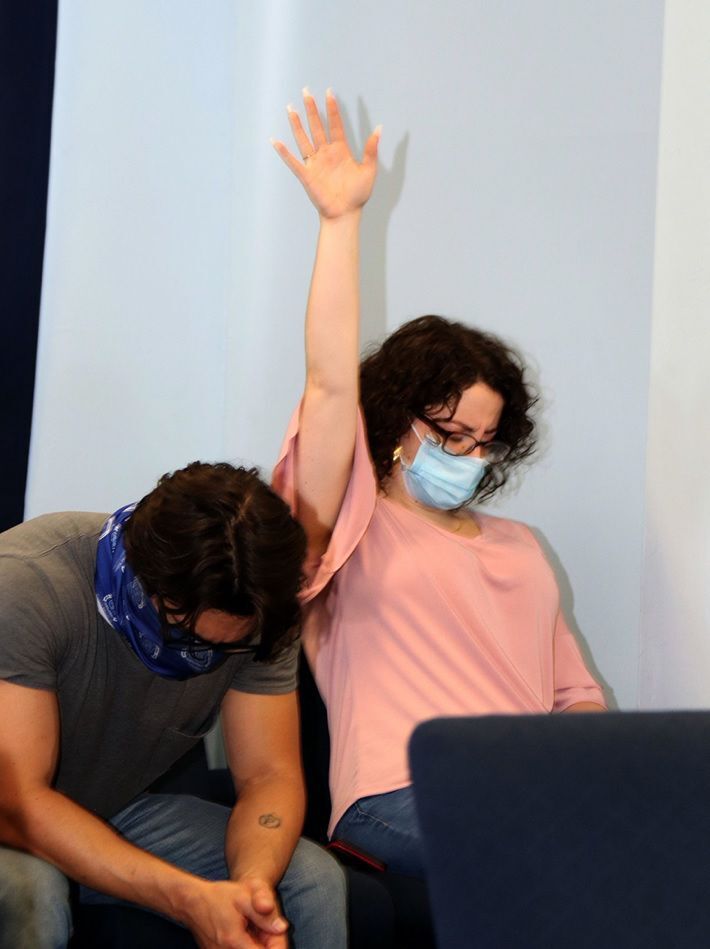 The New Beginnings Community Baptist Church is a sanctuary that many refer to as a safe place. Located at 897 Bridge Street in Northeast Philadelphia, New Beginnings is a haven built on love and a resource for the community and other churches.

“We want to expand on what we have been doing,” said the Rev.Kevin Williams Sr., pastor at the New Beginnings Community Baptist Church. “That is my challenge to my leadership and to the church. We always want to do more, to do better and to reach higher.”

According to Williams, his focus is to build on the work that has already been done. New Beginnings Community Baptist Church is known for opening their doors and planting seeds of hope and literally fruit.

Their outreach includes organizing several large annual events throughout the year such as back to school drives, Christmas dinners and Easter Egg hunts. The congregation has also united to organize more personal ways of giving, for example, providing student scholarships, sponsoring seniors for their proms and graduations, and offering other support services such as friends and family services, pastor appreciations, missionary services, leadership meetings, and youth ministry programming.

“What we’re trying to do is build on what we’ve been doing for the community since we’ve been here,” said Williams.

Williams was brought up in the church, under the pastorate of the late Rev. George N. Kenner of Second Baptist Church in Frankford.

He’s been a servant to his community for over 10 years now.

In December of 2009, Williams preached his first sermon as pastor of the New Beginnings.

“Before we even had a church building, I gave out turkeys for Thanksgiving from my living room,” Williams said. “My challenge is to do more.”

Serving remains at the heart of the New Beginning Community Baptist Church since its inception.

“We are very involved in the community,” said Kevin Williams Jr. “My father is always giving, whether we know it or not. Be a blessing to those who are in need.”

Williams Sr. expresses through his actions and words that serving people and helping the community is just as important at worship service.

“We are here to serve the people and ensure that they know God cares about them and cares about their needs,” he said. “We want to know what are the people’s needs. We will not lock ourselves behind these walls,” said Williams Sr.

New Beginnings Community Baptist Church is known to be a small church to do major things. They are an example of what it means to be a ministry of service.

“We’ve had back to school drives giving book bags and school supplies to students. We’ve had donations from Wawa where two days a week we gave out food to the community. We worked with the Archdiocese two days a week to give snacks and food to children while they were on their summer break so we just want to do better and give out more and more,” the pastor said.

“So on Friday for two hours we now give out food to the community, even in a pandemic,” he said. “It’s difficult to do because you want to be sure that you’re following all of the safety guidelines but we can’t lose sight of the fact that people still have needs.

“Probably some even more now, so my whole thing is that we have to step it up even more to provide,” he said. “And so we’re always looking for additional things to do.”

Despite the challenges created due to the pandemic, the church has managed to partner for a neighborhood community event that took place on Saturday.

“We made a financial donation and gave a significant amount of school supplies to help our neighbors with what they did and we’re trying to unite with churches,” Williams Sr. said.

As part of an ongoing effort to collaborate with and support other churches, the pastor organized a prayer walk mid September with the Oxford Circle Mennonite Church.

“We just did a prayer walk with them last week,” he said. “In the midst of walking we sang songs and read scriptures. We prayed for the poverty stricken and the children that are returning to school and not understanding some of the struggles that they are having. We did all of that and it was amazing. We also made it a point to pray for those who have transitioned.”

Longtime member Alyssa Dill said she got involved with New Beginnings because she was “looking for a safe place to grow.”

“A safe place where I can grow my relationship with God and not just in religion or for performance,” Dill said. “I went to New Beginnings because that ‘s just where God told me to go and God has exceeded my desire and expectation since joining.”

Other members describe the church as very loving and family oriented. A place where you feel an overwhelming sensation of love and it doesn’t matter whether or not you’re a member.

Before becoming a member she called New Beginnings her ‘family church’ because she always supported their many events.

Holding on through love and service, the church has been online since the pandemic restrictions were put in place. However as the country is opening back up full scale, so will the physical doors at New Beginning Baptist Community Church.

“We were online and are now transitioning back into the building,” the pastor said. “Our members have been adjusting. I will say it’s been difficult because of the type of church that we are. They miss being in the building. They miss the contact with each other as well as myself and same here I miss it with them but they have adjusted. Even some of my seniors. They initially had trouble when we were giving the live broadcast but they are now getting it.

“So before in the beginning when this all started, I was doing the live broadcast and I also was doing a telephone call. Particularly with some of the older members because they didn’t want to fool with the live, but after a while and now everyone is online.”

Although they have been successful given the many challenges, changes, and adjustments, Williams Sr. said “they did well, but with everyone it was a struggle.”

“I wasn’t accustomed to doing live broadcast or streaming services.” he said. “This was a way that I thought God was shifting me to where I needed to be because I should have been doing it all along.”

According to Williams he believes that they did so well and continue to do well because “ it was God’s purpose.”

“This pandemic was not to actually defeat us but was to actually catapult us to where we should be and what we should be doing,” Williams Sr. said. “In the beginning we had to make adjustments for instance not seeing the people. I had to preach through a camera instead of to people. There are so many things we had to do safety wise and things of that nature and I’m not talking about washing hands because we should have been doing that anyway. Just talking about other things we had to be super conscious of, in particular in the beginning they were talking about the real effect that COVID-19 can have on seniors so I was very concerned,. But we adjusted because we knew what we had to do to keep this church afloat.”

Williams Sr. also shared that a huge part of the congregation staying together was the fact that he kept in contact with his members the entire time during the past seven months.

“My thing to them was that it will not always be like this,” he said.

“Service was outstanding,” he said. “It was such a wonderful experience. I will probably tell you the same thing every Sunday because every opportunity that I get to proclaim the word and encourage somebody is always a blessing to me and here’s the thing, in the midst of doing that I get encouraged.

“Even though it is a different struggle. We have been through struggles before and God has brought us through struggles before. We have to hold on to our faith and that God will bring us through this one, but it’s just a matter of time. It is just as other things we had to deal with, sickness, death, disease, finances, We had to patiently wait until it was time and God will do the rest.”

While in the midst of this pandemic the folks of New Beginnings Baptist Church is keeping hope and staying strong.

“You have to keep the hope and stay strong,” said Williams. “We can’t do it on our own. This is what our spirit has to know. This is not something that we can handle on our own. The Bible says that our health comes from the Lord, so when we’re depending on all these different people for different things I was telling the people to be smart but know where real help comes from,” he said.

Last Sunday Williams Sr. preached from Hebrews, the tenth chapter. The theme of his message was getting a grip and holding onto the promise of God.

“I was trying to explain that no matter what happens, they got to hold on to the promises of God,” the pastor said. “Get a grip. The scripture talks about remembering your past and how you were so enthusiastic when you first came to God . We can’t lose what we have we have to hold on.

“It is my hope and prayer that people walk away feeling empowered. That’s what I try to do every Wednesday and every Sunday when I speak to people,” Williams said. “They might come in beat down and discouraged but when they leave they will leave changed.”